2PM’s Junho recently made an appearance on the May 21 episode of MBC’s “Home Alone” (“I Live Alone”). 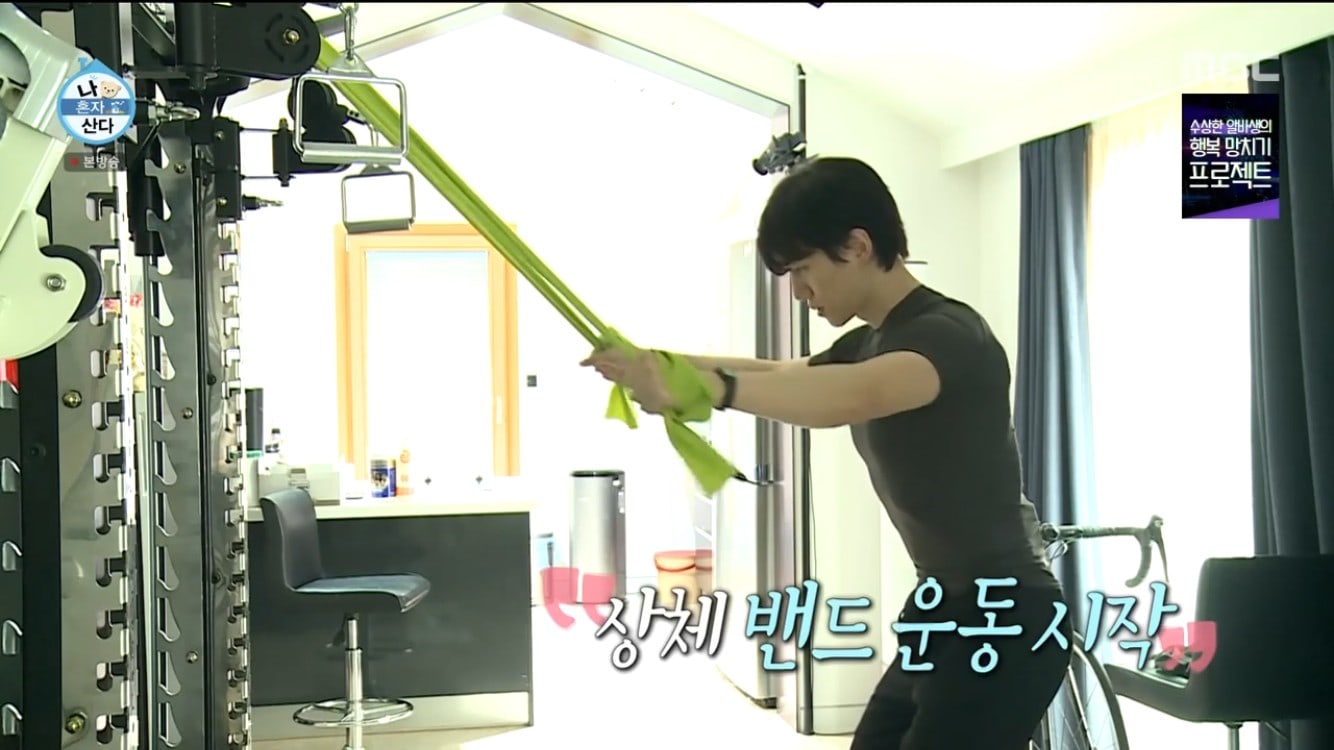 He soothed his frustration with the chopsticks with moktak, wooden instruments used by Buddhist monks. The appearance of this unusual instrument took the “Home Alone” cast by surprise, even more so when Junho explained that he is not Buddhist but Christian. “I bought them for the first time,” he said. “When I went to the temple and bought them, it felt like I was buying another singer’s merch. At the start of this year, I needed to gain control of my mind, and the sound of the moktak helped make me calm.” 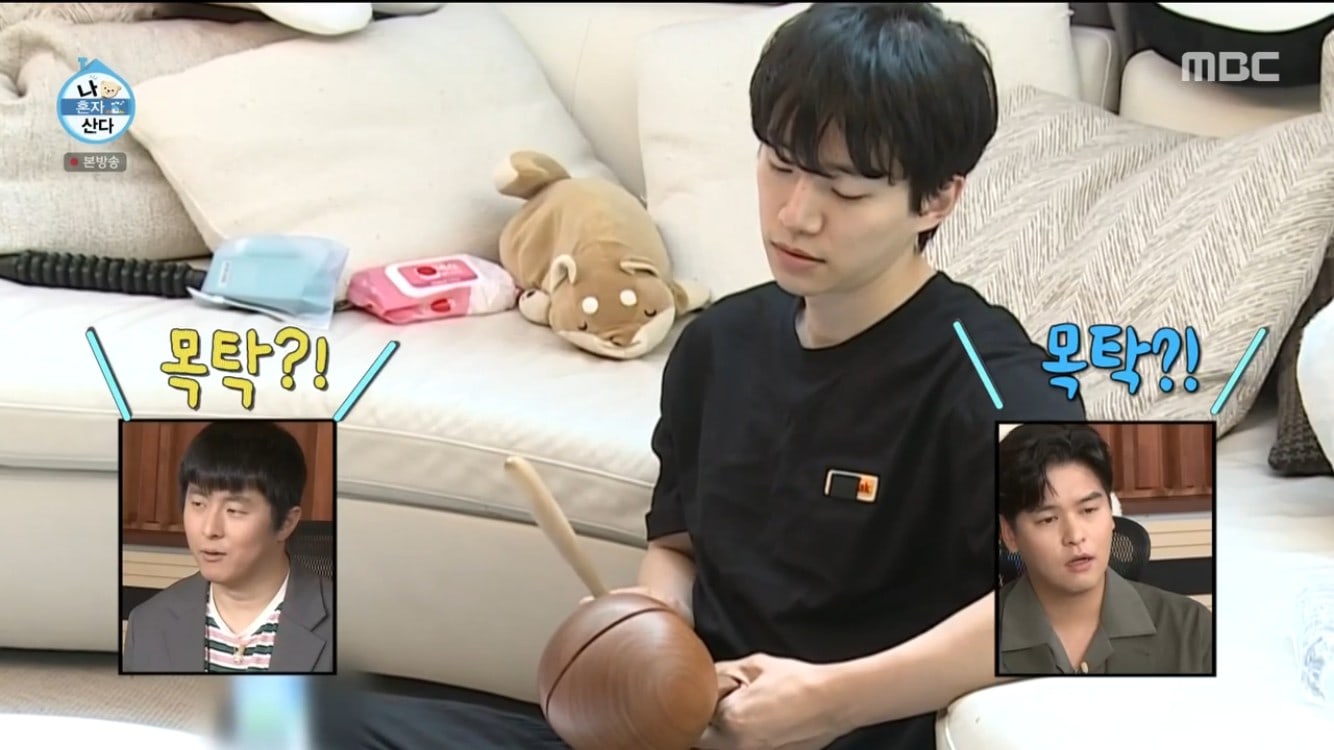 Junho conversed with his cats while searching up old 2PM performances on YouTube. He shared that the members had finished the jacket shoot for their upcoming comeback, and decided to practice some of their old choreography. He said, “I have a surprisingly good memory” and impressed the cast with his ability to perfectly recall the moves. 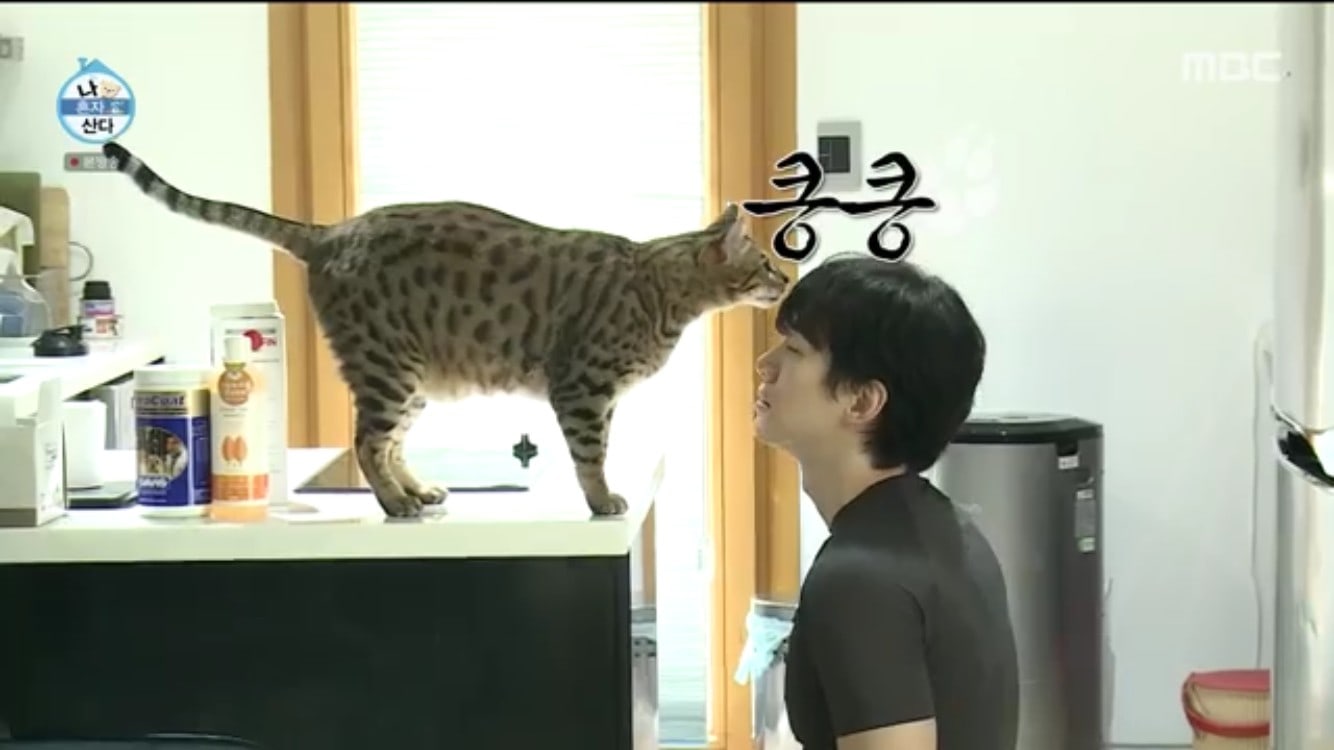 After exercising and practicing in the morning, he fell asleep on the sofa. He was woken up by the arrival of GOT7’s Jinyoung, a close friend of his, who brought a gift for his upcoming drama. 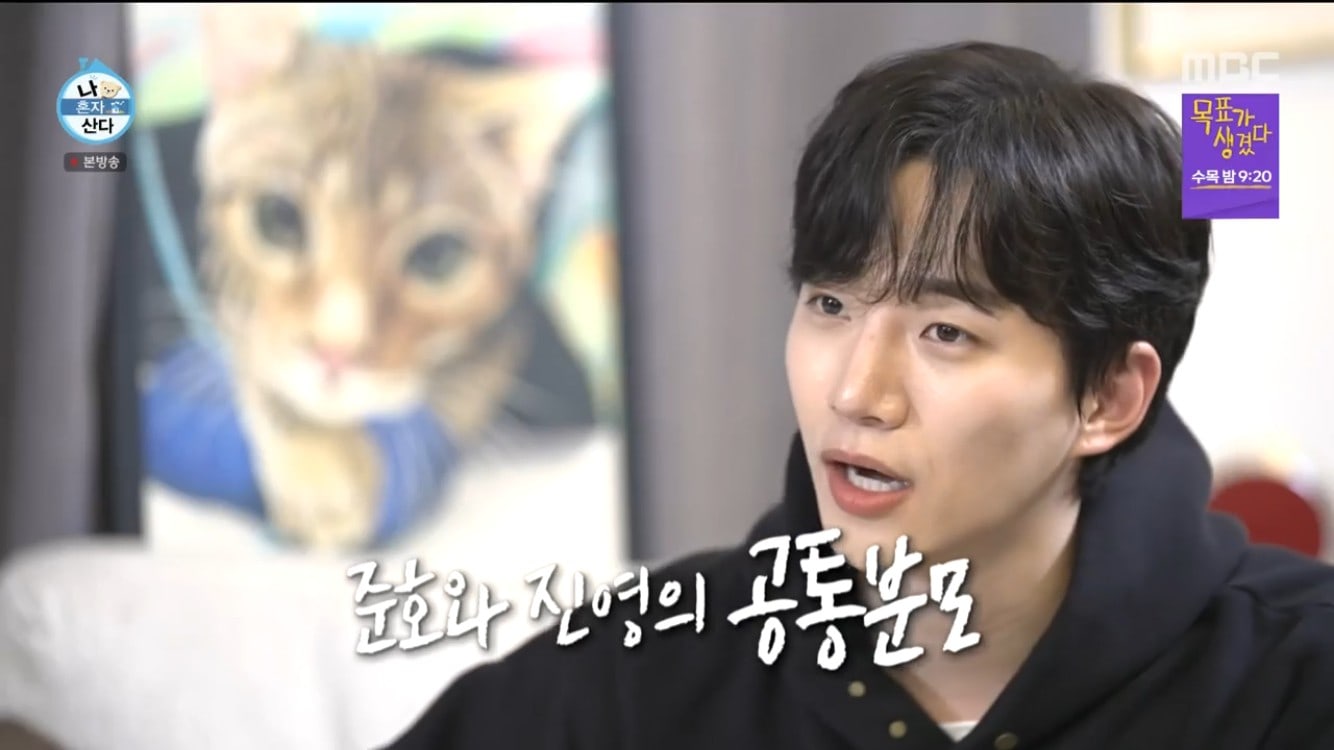 Junho said, “He’s a close younger colleague that I’ve taken care of for a while. Thankfully, he listens to me. We have a lot of things in common to talk about.” He added that the two had become close as both had started acting from idol careers.

Jinyoung said, “I learn a lot from him. Whenever I was tired, he led me well. He’s the type who works hard. He is strict on self-management, and I think that’s really cool.” At his house, Jinyoung helped Junho organize his closet, much to Junho’s embarrassment.

Junho cooked steak for Jinyoung and the two idols spoke about military service, which Junho recently finished and Jinyoung will complete sometime in the next few years. Junho advised, “It’s important not to lose your touch, so I listened to music in a variety of genres I hadn’t listened to before. I also read a lot of books, exercised every day, and kept up with YouTube and social media.” 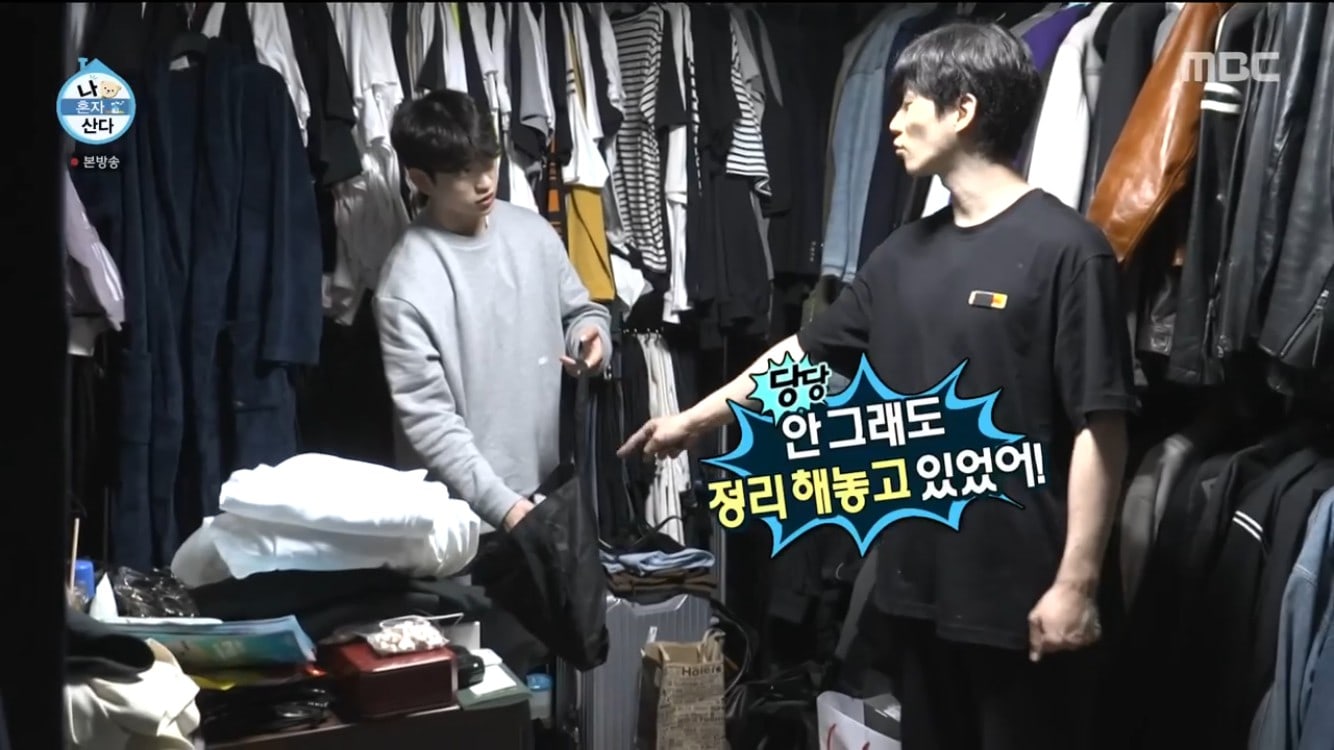 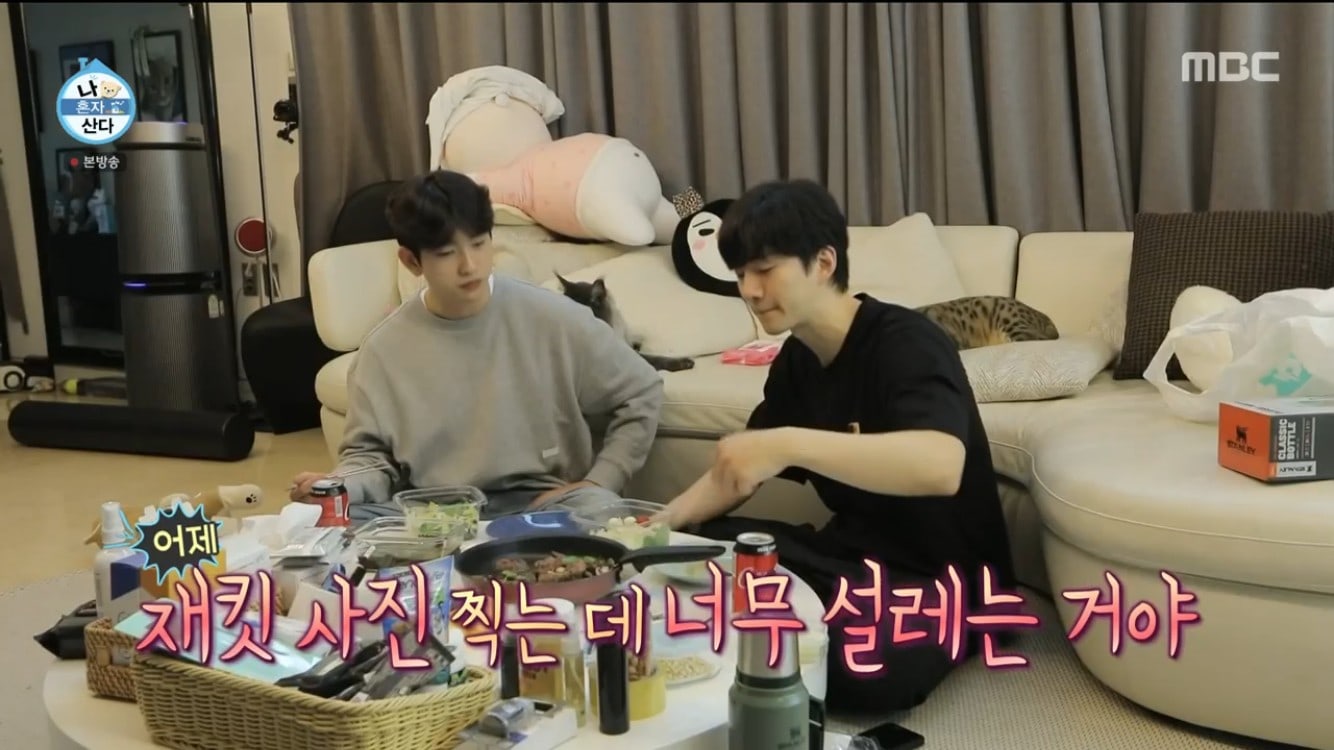 GOT7
2PM
Lee Junho
Home Alone
Jinyoung (GOT7)
How does this article make you feel?