5 K-Dramas That Will Transport You Back In Time

Time travel is a common trope deployed in dramas, especially in K-dramas. It often adds a certain level of intrigue or fun to the story. These five time travel K-dramas offer a fresh and unique take on the time travel trope. Whether you are looking for something mind-bending, funny, or romantic, you will find one for every mood! 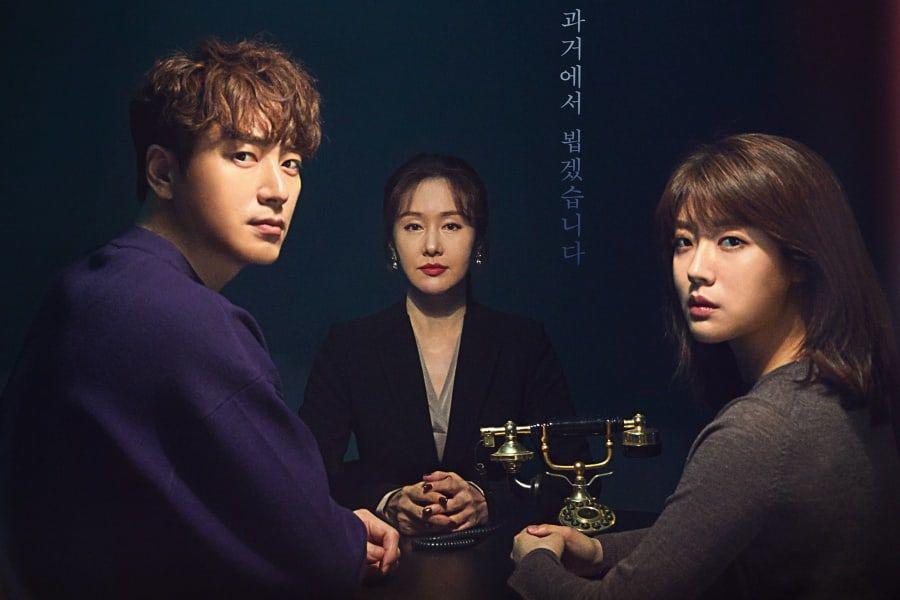 A group of 10 people receives an opportunity to travel back one year into the past to reset their lives. Among the resetters are Ji Hyung Ju (Lee Joon Hyuk), a detective who wants to go back in time to stop the death of one of his close colleagues, and Shin Ga Hyun (Nam Ji Hyun), a webtoon artist who lost the ability to walk due to an accident. When the resetters start dying one by one, Hyung Ju and Ga Hyun team up to uncover the mystery behind the resets.

There’s never a dull moment in this drama. It’s a fast-paced and expertly-crafted suspenseful whodunit story that will keep you guessing until the very last minute. Things and people are never what they seem. There isn’t a strong focus on romantic relationships but the chemistry and teamwork between Hyung Ju and Ga Hyun will leave you wanting more.

If you enjoy a good twisty thriller story, “365: Repeat The Year” is the perfect drama for you!

Catch the first episode of “365: Repeat the Year”: 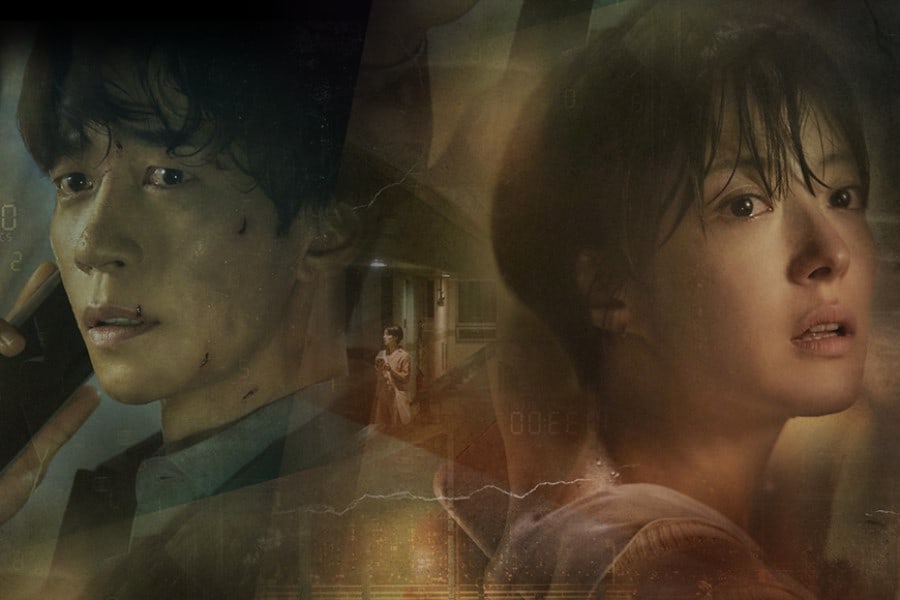 Kim Seo Jin (Shin Sung Rok) is a successful and ambitious man whose perfect life falls apart when his daughter is kidnapped. During his desperate search for her, he comes into contact with Han Ae Ri (Lee Se Young), who lives one month in the past. Ae Ri’s mother suddenly goes missing one day, hence the two decide to team up to help each other despite living in two different times. Their only form of communication is through a one minute phone call each day.

This is another time travel thriller, but who doesn’t appreciate a well-written intriguing mystery? “Kairos” does a splendid job in handling the time travel theme and developing its complex and gripping storyline. A drama involving a non-linear timeline can confuse the audience but the drama manages to be coherent and logical.

Coupled with exceptional acting by the cast as well as excellent plot and character development, you are in for an exciting ride with “Kairos”!

Catch the first episode of “Kairos”: 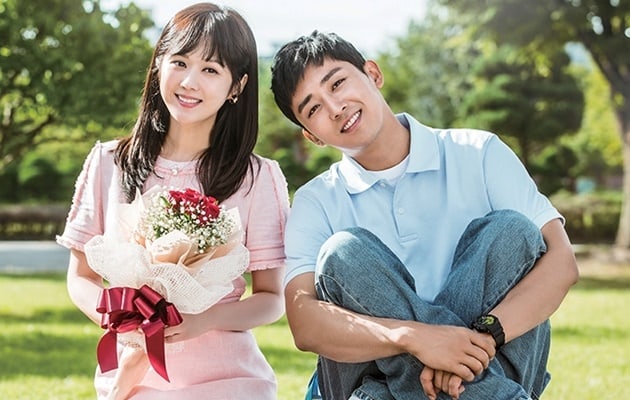 After almost 20 years of marriage, Choi Ban Do (Son Ho Jun) and Ma Jin Joo (Jang Nara) realize that they don’t love each other anymore. However, on the day of their divorce, both of them travel back in time to when they first met in university. While they vow to not get involved with each other to avoid making the same choices as they did before, they soon discover it’s not as easy as they think.

Not your usual mind-bending time travel drama, “Go Back Couple” is a tightly-written story that explores what happens after your usual happily ever after when the realities of life set in. The drama is reflective and heartfelt, focusing on second chances, the regrets, and what-ifs. Besides the main love line, Jin Joo’s relationship with her mother will also tug at your heartstrings.

As the emotional anchor, Jang Nara and Son Ho Jun are amazing in their roles. For the audience to still root for them to be together when the second lead syndrome is so strong, it says a lot about their chemistry. Still, the handsome and adorably smitten Jung Nam Gil, played by Jang Ki Yong, will make you squee at every interaction he shares with Jin Joo.

Overall, the drama does a great job in balancing the poignant and funny moments. It will make you laugh and cry and also reflect on your own relationships. 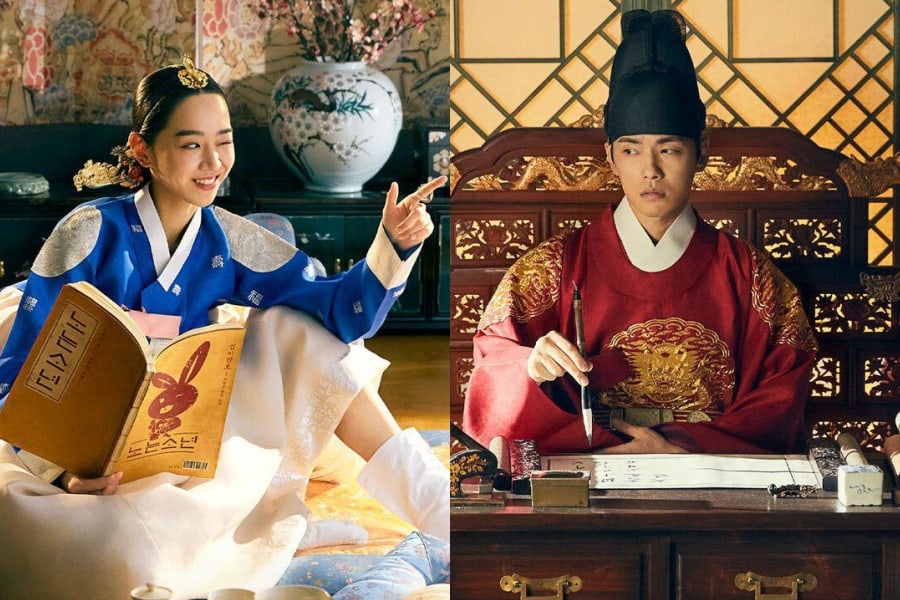 The drama opens in modern time and follows Jang Bong Hwan (Choi Jin Hyuk), an arrogant and ill-mannered chef who works at the Blue House. He finds himself one day in the body of a young Joseon lady, Kim Soyong (Shin Hye Sun), who is due to marry King Cheoljong (Kim Jung Hyun). As Bong Hwan struggles to adapt to life as the Queen, he realizes that there’s more to King Cheoljong than meets the eye and becomes unwittingly embroiled in the political struggle.

At its core, “Mr. Queen” is a historical comedy. Even though the storyline gets more serious as it progresses, the drama still retains its humor and does not take itself too seriously. The drama is also full of interesting and hilarious supporting characters. From Soyong’s growing bond with her court maid and lady, to the court lady’s relationship with the royal chef, the side plots are just as entertaining to watch.

Shin Hye Sun shines in her portrayal of a modern man trapped in a woman’s body. Playing two vastly different characters, she fully embodies Bong Hwan’s and Soyong’s mannerisms and characteristics. The actress has great comedic timing and is also equally amazing in dramatic scenes. The drama is worth watching just for her phenomenal and star-turning performance alone! 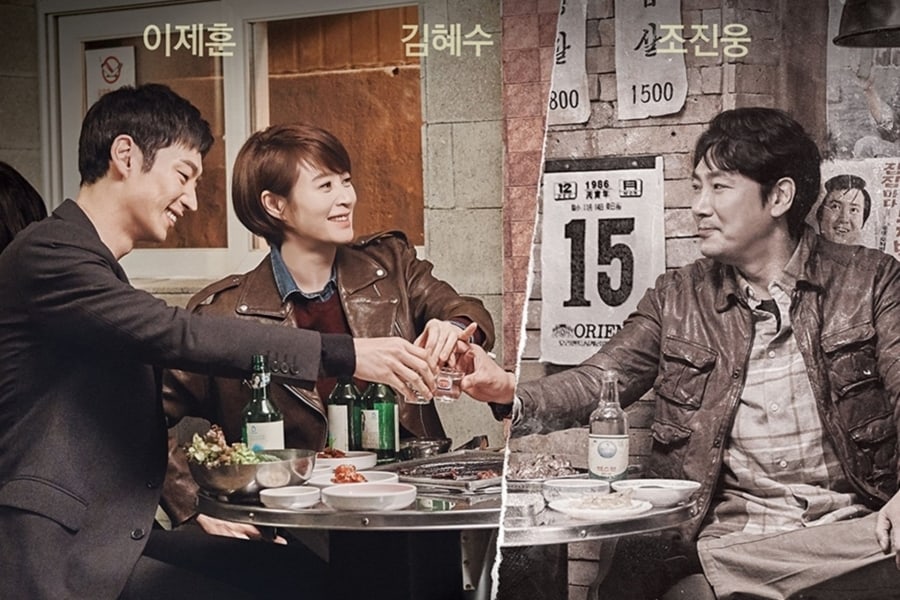 When it comes to time travel, “Signal” is the first drama that comes to mind. It is a beloved classic for good reason! The drama is filled with a compelling and gripping plot, top-notch acting, heartfelt relationships, and excellent character development.

“Signal” follows rookie profiler, Park Hae Young (Lee Je Hoon), who has accidentally found an old walkie-talkie. Through the walkie-talkie, he is able to communicate with a detective from the past, Lee Jae Han (Jo Jin Woong). Along with Cha Soo Hyun (Kim Hye Soo), who was a rookie during Jae Han’s time and is now a veteran detective, Hae Young and Jae Han set out to solve cold cases through their walkie-talkie transmission.

You will be blown away by the impressive development of the plot and also the magnificent performances by the cast. Jo Jin Woong’s nuanced portrayal of the idealistic Lee Jae Han and his earnest and dogged pursuit of justice will break your heart.

It might seem like another crime solving time travel mystery on paper, but “Signal” is packed with a lot of heart and will leave you reeling long after you finish the drama. At times gut wrenching and at times frustrating, be prepared for a roller-coaster of emotions when you watch it!

Catch the first episode of “Signal”:

What do you think of the list, Soompiers? Do you have any other time travel K-dramas to recommend? Let me know in the comments below!

Bellyfull is a pop-culture junkie.

Soompi Spotlight
Signal
Go Back Couple
365: Repeat the Year
Kairos
Mr. Queen
How does this article make you feel?