MONSTA X’s Minhyuk Shares What’s On His Mind, Hobbies He Wants To Try, And Thoughts About An Acting Career

The concept for the pictorial was “ocean deep.” In the interview, Minhyuk said, “I like the ocean, the deep, and I like whales. I heard that you can see pods of whales in their natural habitat in the ocean. It’s my dream to see that someday. I sink like a brick, so I can’t swim, but I like to swim in the ocean. I’m a bit afraid of water, but I got a scuba diving certificate. I tried it on Jeju Island, but if there’s a chance, I’d like to do it overseas and go whale-watching and diving.” 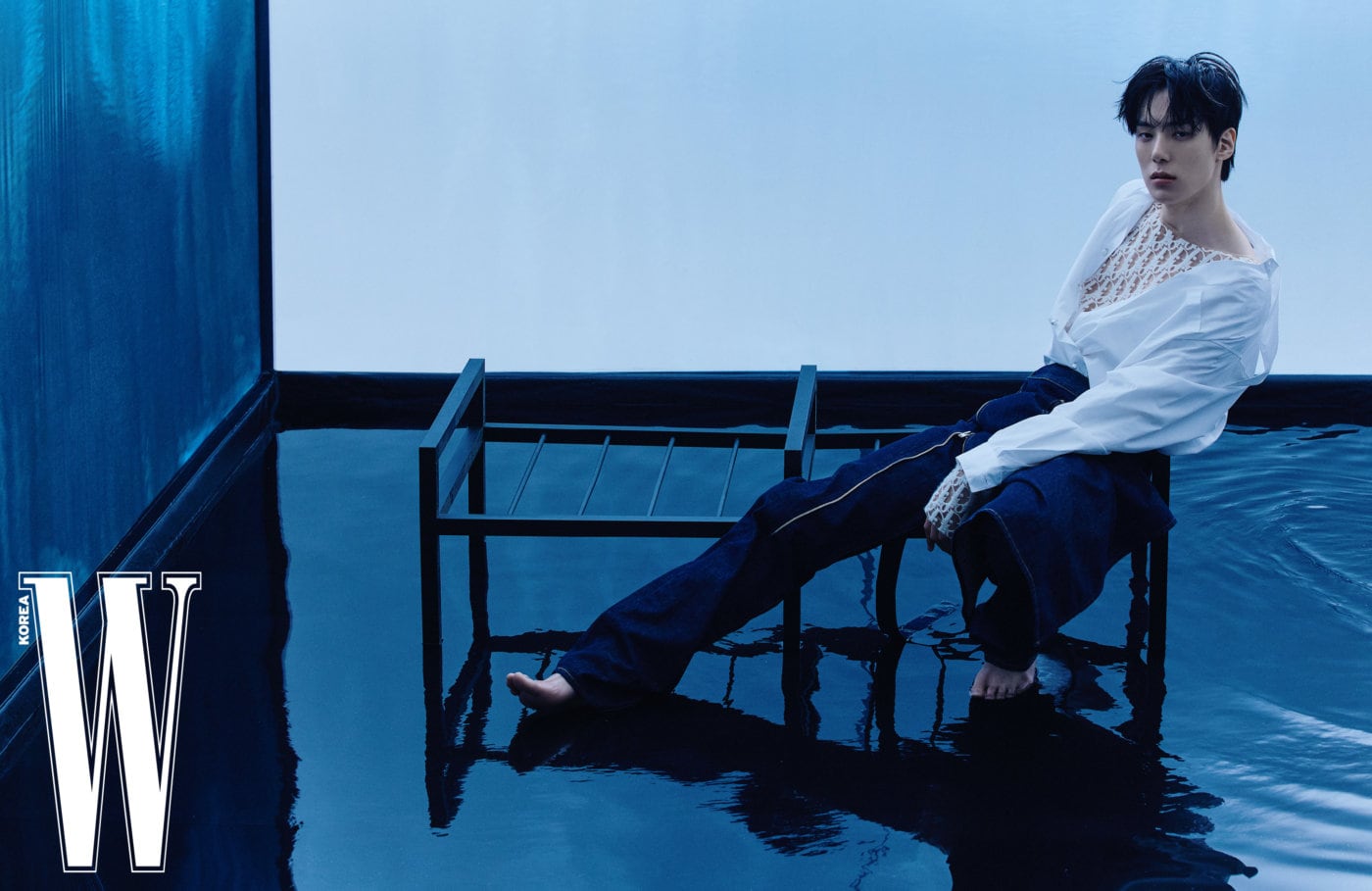 Asked about what’s been on his mind these days, Minhyuk replied, “Of course, I always have worries. I had a lot of worries in particular at the end of last year and before the start of this year. I was in a slump and feeling a bit exhausted. But slumps come to everyone and I didn’t want to hide it just because I’m an idol. At the time, I thought, ‘Let’s just feel tired if I’m tired.’ When I struggled against it, it felt like I was sinking deeper. For example, I’m usually bad at falling asleep. In the past, I would worry about how tired I would be the next day if I couldn’t sleep, but now I don’t do that. Now I think, ‘Oh well, I’ll just be a bit tired tomorrow. I can rest once I come home from work.’ After that, I didn’t feel as bad as before. I was going to feel tired either way, but the difference was how I approached that state of mind.” 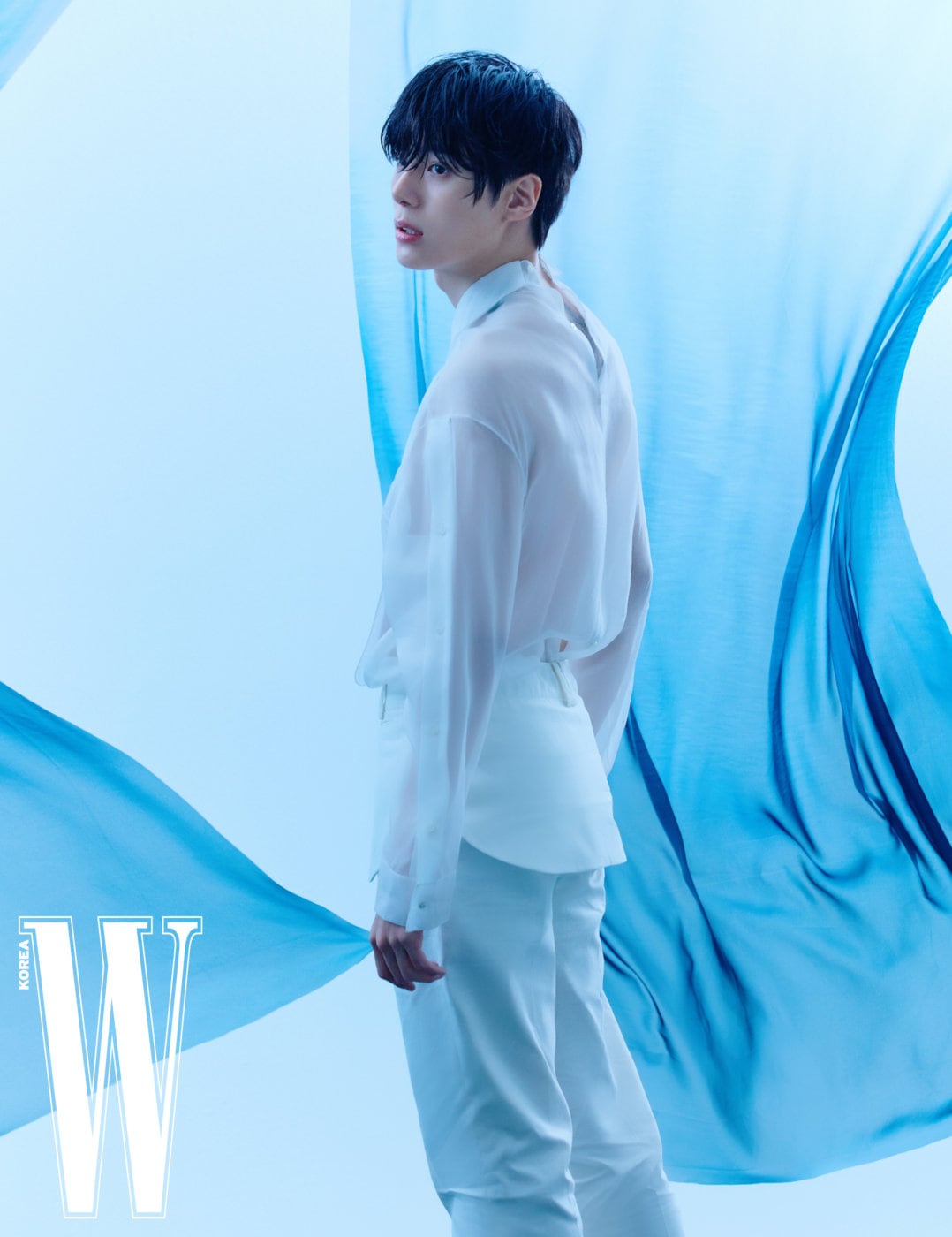 Minhyuk said that he often talked about his worries with the other MONSTA X members. “It might sound a bit trite to say the members,” he said. “But for idols, we see the members more often than our own families, so it’s just natural. We shop together, eat together, have coffee together, play games together. It’s only natural that we talk the most to each other, so I often share my concerns with them.”

Although fans know that Minhyuk draws in his spare time, the interviewer asked him if he had plans to take up any new hobbies. “Pilates,” he said. “I don’t usually exercise, but I think Pilates would be fun. And scuba diving, like I said earlier. It’s been a while since I got the certificate, but once we can travel more freely, I want to try it again.” 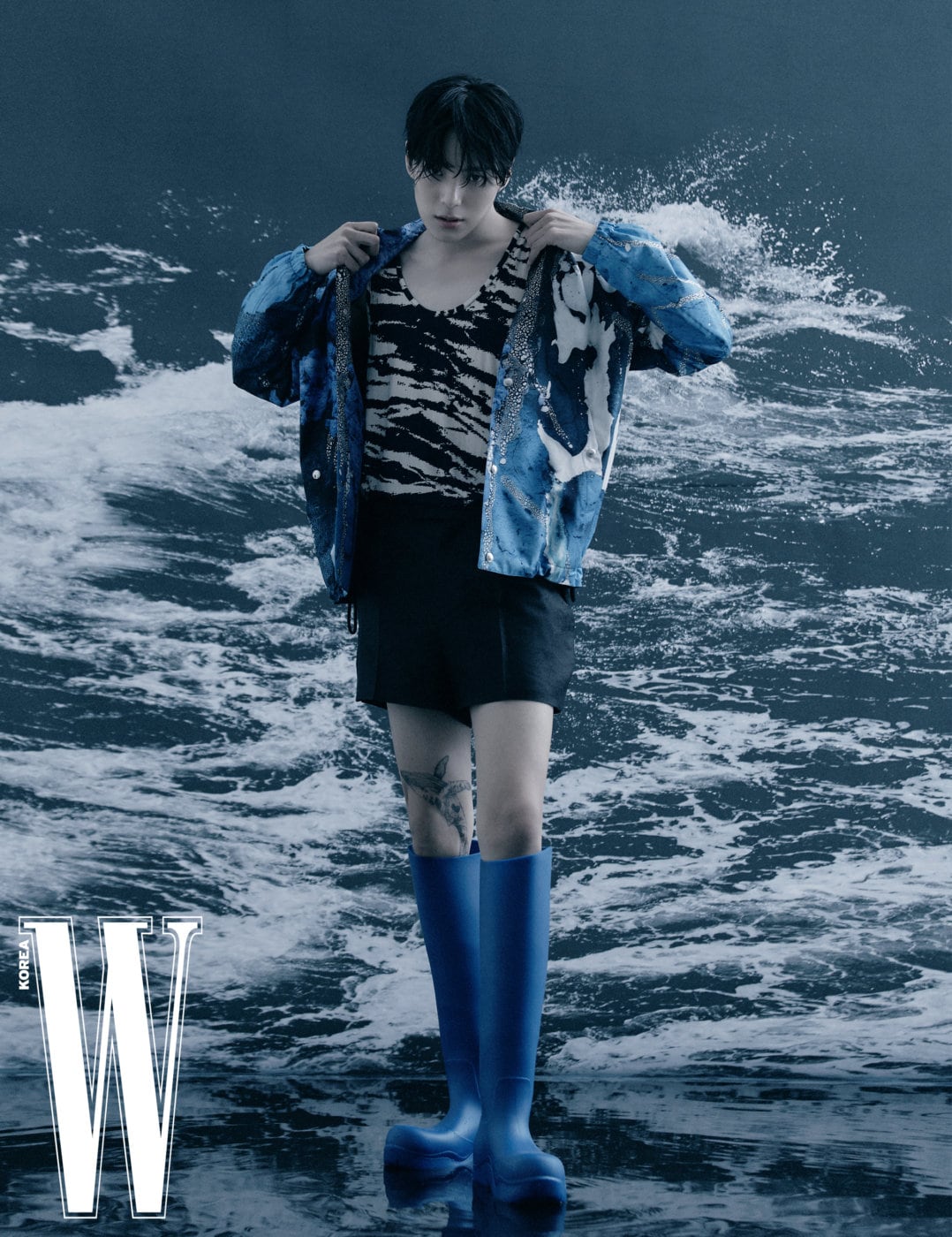 However, Minhyuk shared that he is still a homebody. “Apart from work, I might go out about once every two months?” he estimated. “I don’t really know why I have to go out. I’m fine as I am. I’m on my computer, I watch TV shows about science or crime. There’s a lot of shows like that on TV. I watch ‘Crime Trivia,’ and the ‘Unanswered Questions’ follow-up on YouTube, and ‘Story of the Day the Tail Bit the Tail.’ I play games, draw, and go shopping online. I’m busy. I have a lot to do.”

The interviewer asked if Minhyuk had any interest in pursuing an acting career. “I like movies,” he said. “To be honest, I’ve had a lot of acting offers. But I still feel like that’s not the right fit for me yet. There might come a time when I want to try it. I think that if I were to find a role that I really wanted to play, something that really suited me, something would reveal who I was, then I would try it.” 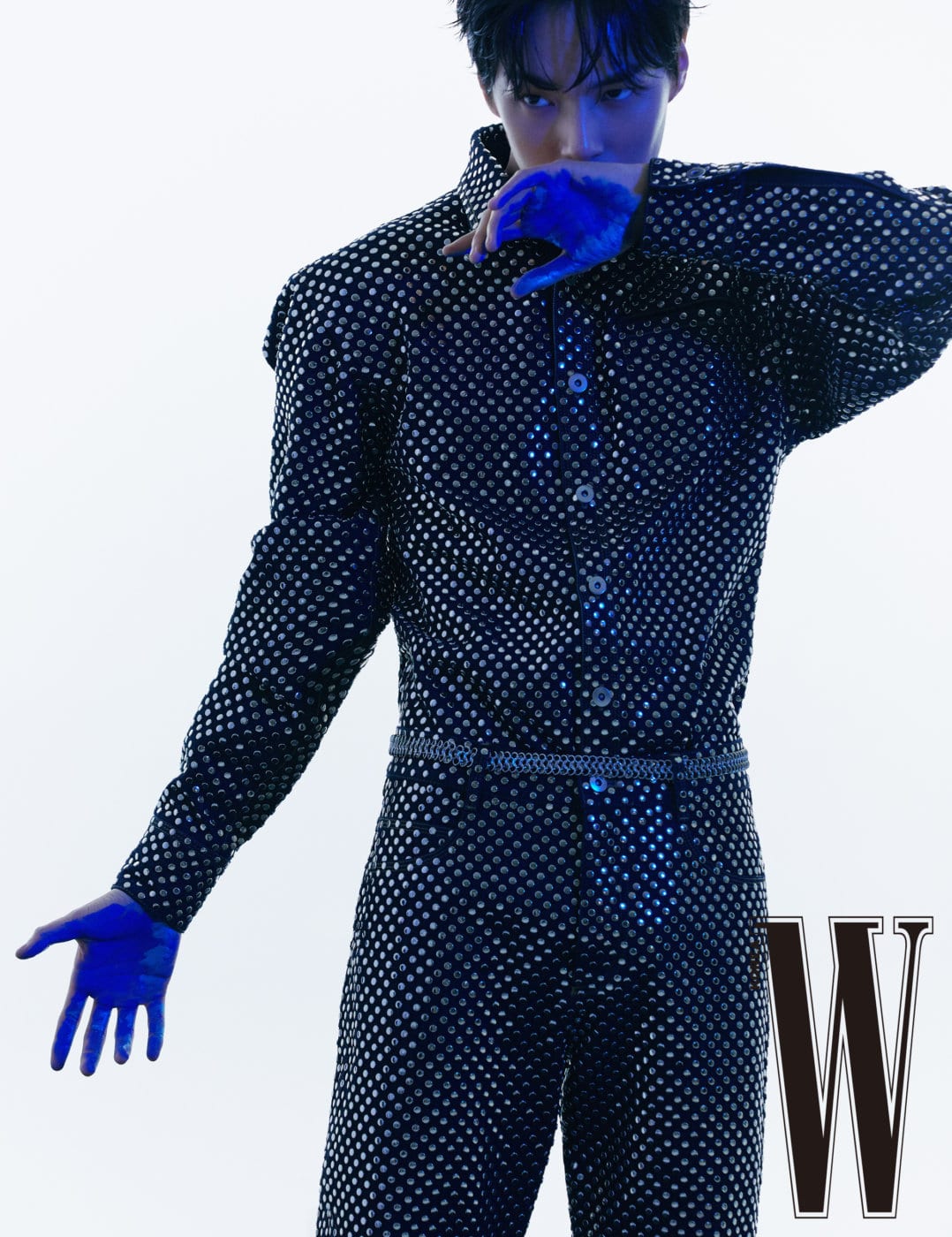 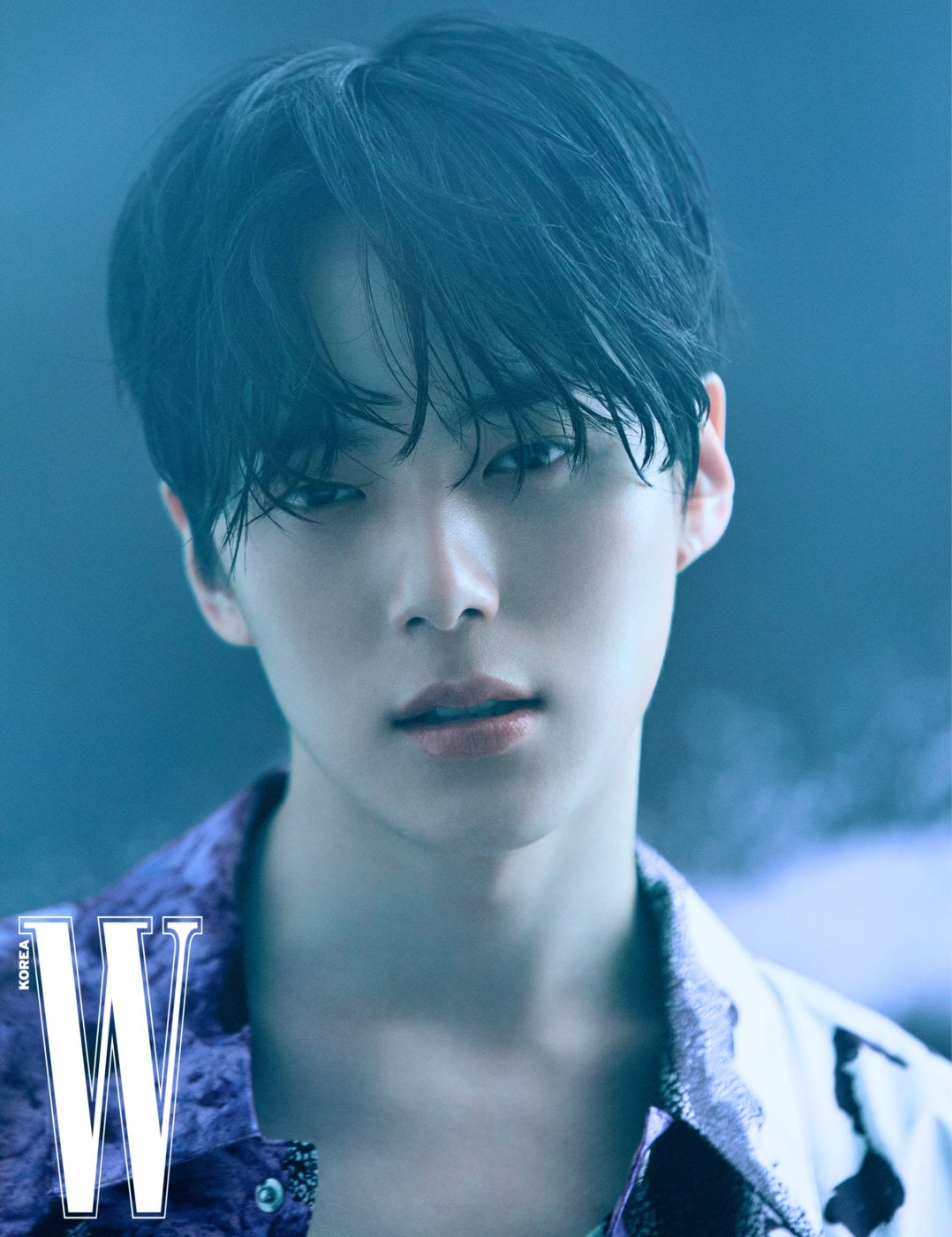