tvN’s “Doom at Your Service” has released new stills ahead of tonight’s episode!

Previously on the drama, Myul Mang stopped denying his feelings for Tak Dong Kyung and started to express his sincerity towards her. He was certain that she would never be able to fall for someone like him, but with his recent change of mind, he told her, “Be the first human to love me.” As a result, viewers are curious about whether their relationship will change or not.

In the newly released stills, Myul Mang and Tak Dong Kyung have a tender moment in the rain. It appears as if he came to the bus stop just in time for her to come home from work. They gaze each other in silence, and the yearning between them makes hearts flutter. In one photo, the two characters stand under the pouring rain, but despite the fact that they’re getting soaked to the bone, they are only focused on each other. Curiosity is mounting over the reason why they are facing each other in the rain. 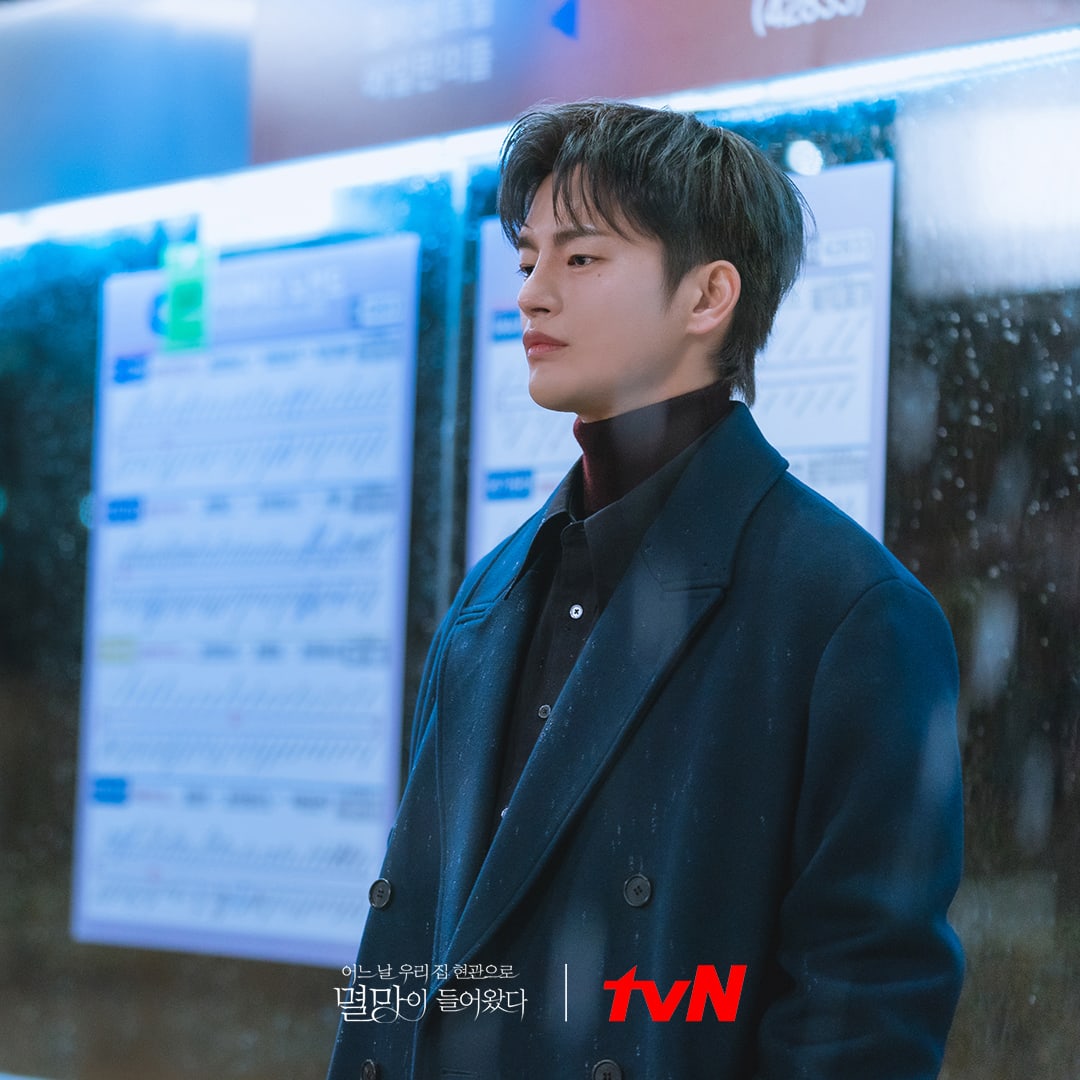 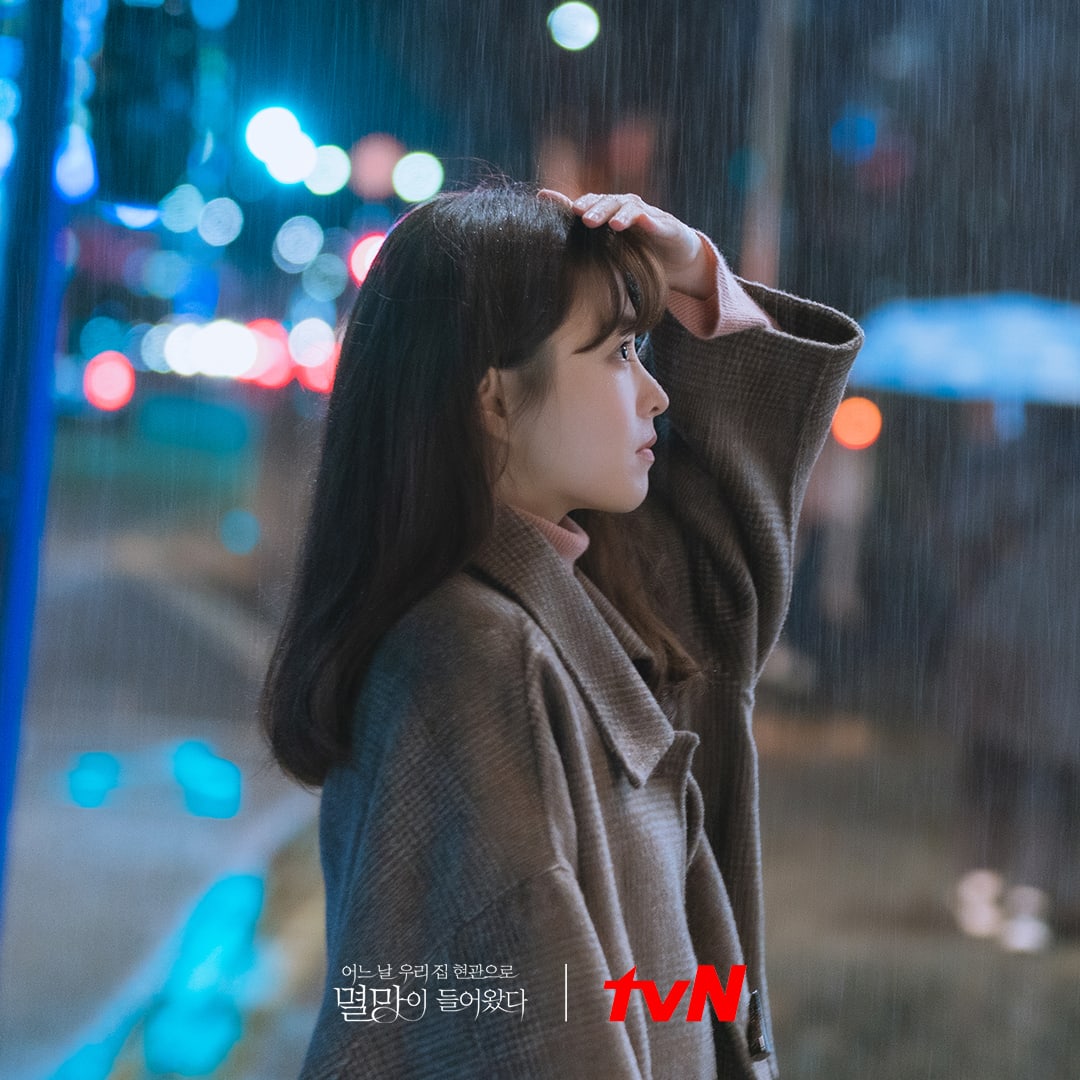 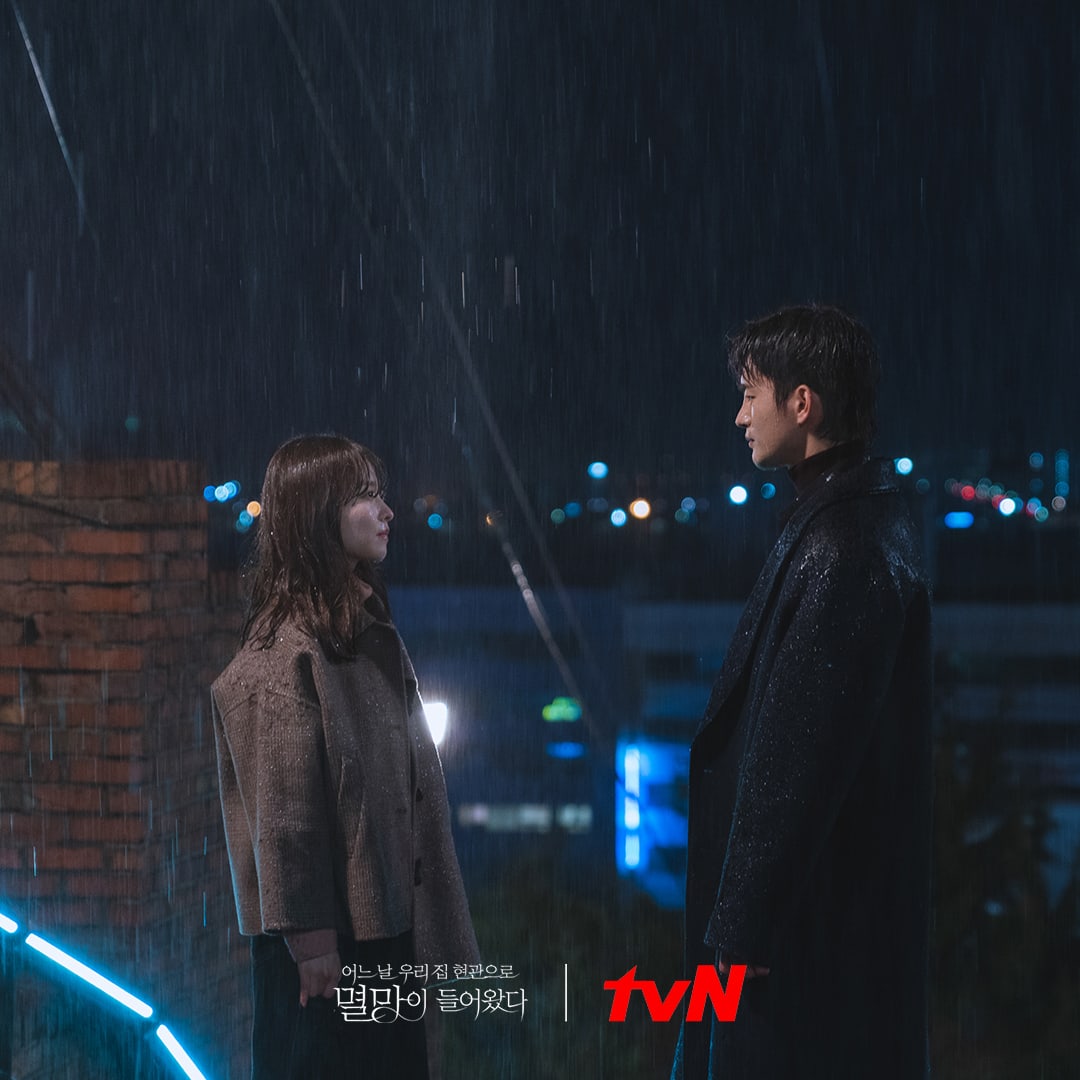 The drama’s production crew hinted, “In today’s episode, Tak Dong Kyung and Myul Mang’s emotions will rush towards each other. The story of human Tak Dong Kyung and the supernatural figure Myul Mang, who seep into each other’s hearts without knowing, will make viewers’ hearts throb. Please keep an eye on them.”