GOT7’s BamBam Talks About The Differences He Feels Between Thailand And Korea, Achieving More Korean Success, And More

Ahead of his first solo comeback since leaving JYP Entertainment, BamBam worked with Allure magazine!

In the interview following his summer-inspired photo shoot, BamBam was asked whether his birthday, celebrated four days prior, held special meaning for him. BamBam replied, “Even up until right after my debut, I think it did. But while I was promoting, there weren’t many times I was able to properly celebrate my birthday. I was typically on a plane or working, so I spent it very busily.”

He also shared a funny story, saying, “My birthday is May 2. Once I got on a plane on May 1 but when I landed, it was May 3.” With a laugh Bambam added, “My birthday disappeared.” 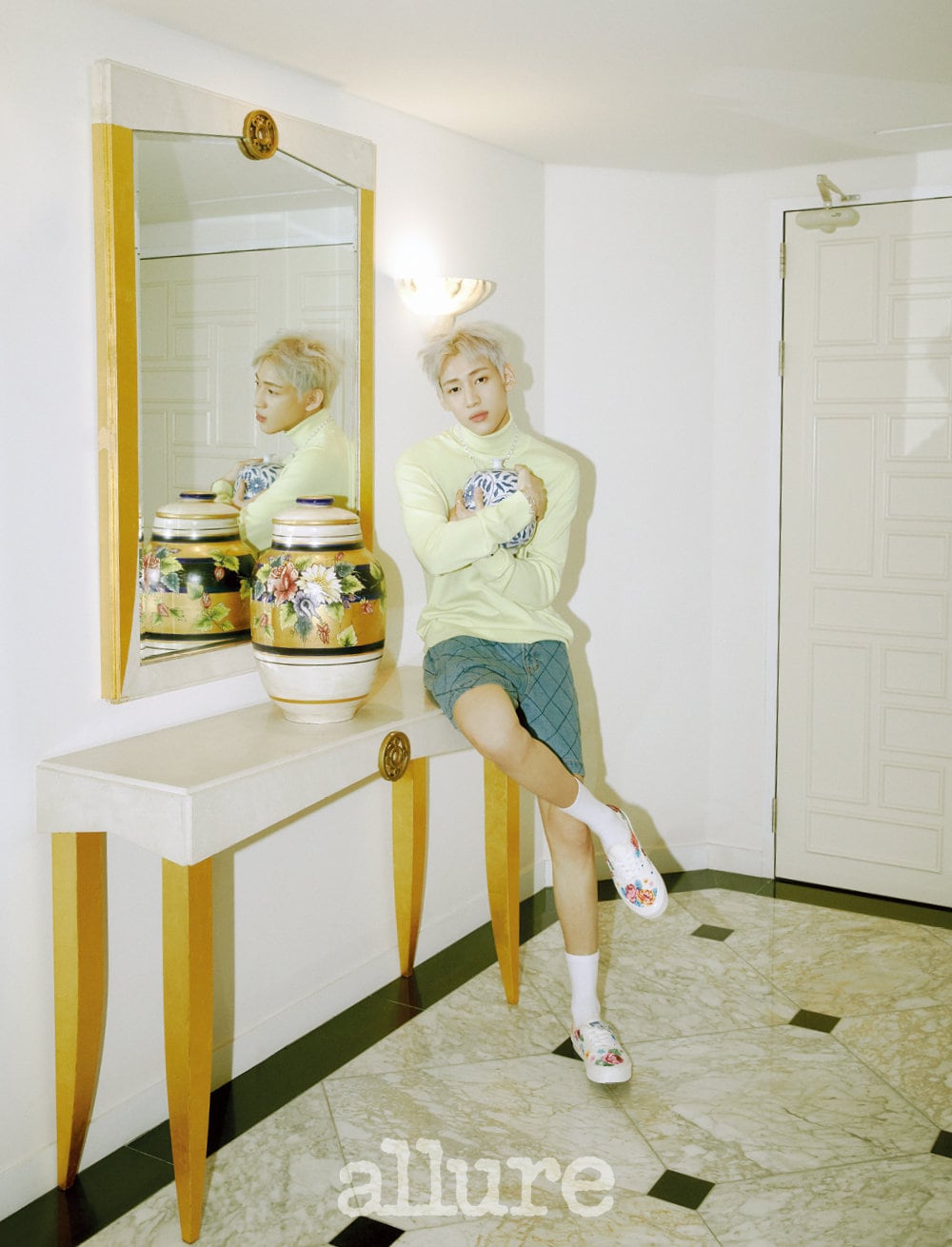 The interviewer commented on how BamBam was still just as smiley as he was in a 2017 GOT7 interview with Allure and the singer explained while laughing, “After smiling kindly in front of everyone, once I was done work, I probably fell right asleep in the car.”

He continued, “No matter how tired I am, I don’t want to let that show because I’m not working alone. Even today, so many staff members have gathered here for me but if I act like I’m having a hard time, who would want to work with me? Just because I’m an artist, I don’t think I need special treatment or have to eat better food. I like eating something yummy together with everyone I’m working with.” 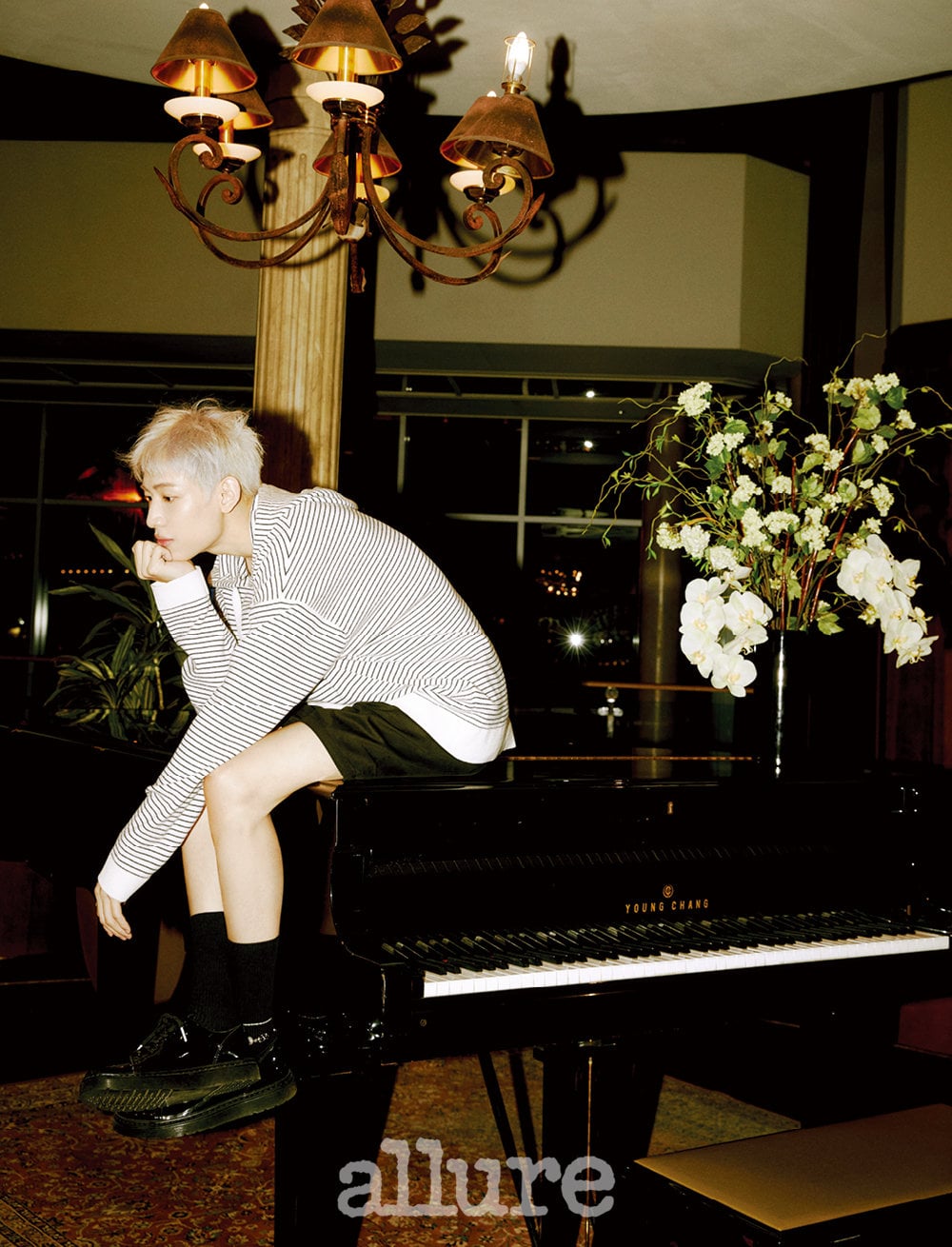 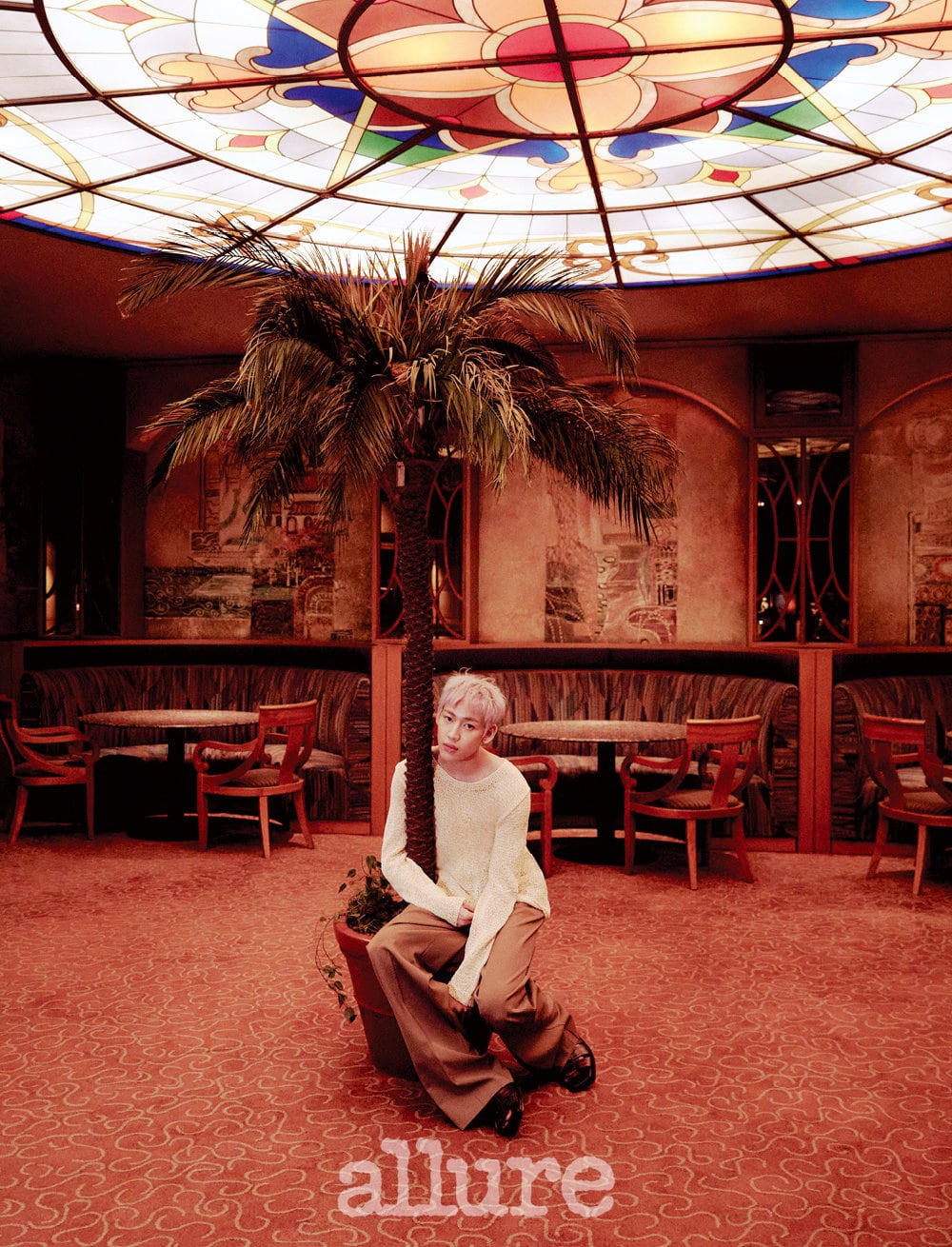 In just three years, BamBam will be 28 years old (by Korean reckoning) and will have spent half his life living in Thailand and the other half in Korea. He shared, “It’s not that special. Now, I think I might be more used to Korea than Thailand. You know the stuff that are essential to living such as directions and delivery apps? When I go to Thailand, I’m not so sure. The roads are different and I forget how to get on the subway,” he adds with a laugh.

When asked if he feels any different while in each country, BamBam revealed that he does because of his position. Although he’s shy to clarify what he means, the interviewer chimes in, “When you visited Thailand right before the pandemic, your face was on so many billboards from the Suvarnabhumi airport to the city. Is this what you were trying to say?”

Laughing, BamBam says “That’s right.” The interviewer comments, “Are you typically this tough on yourself? You’re already famous in Korea.” BamBam explains with a laugh, “I can walk around here comfortably. I can’t do anything in Thailand. I can’t even leave the hotel. Fans surround it so I can’t even go home,” adding that this occasionally causes him a lot of stress. 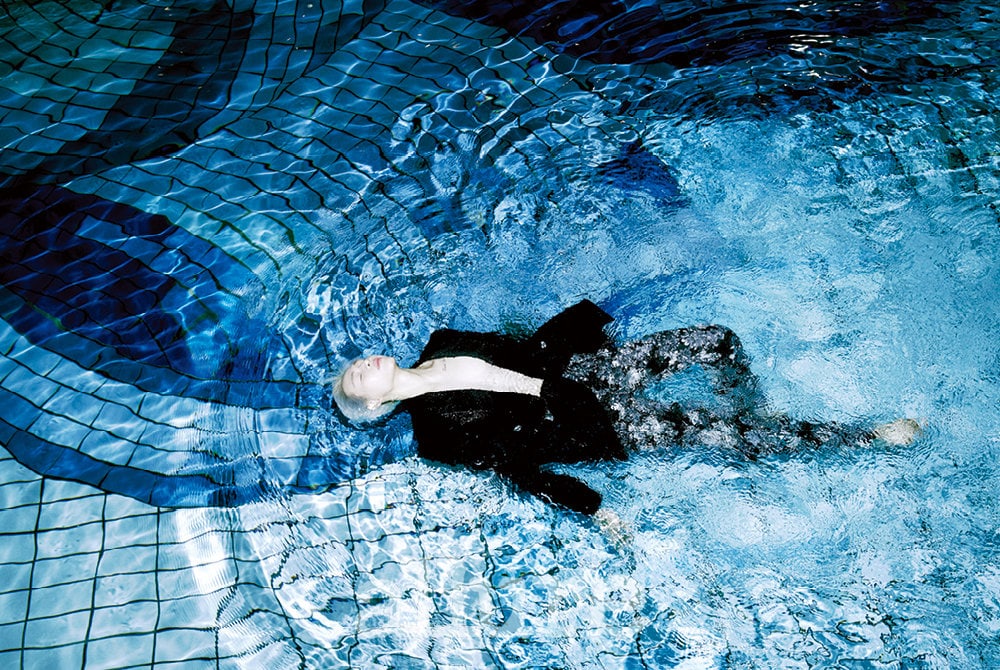 When asked whether he thinks he hasn’t succeeded yet in Korea, BamBam answered, “I know that I just have [Korea] left. Even though I started here, it feels like I haven’t yet received recognition in Korea. I’ve secured my spot in Thailand and overseas. Although promotions overseas are important too, I want to properly receive recognition here. That’s what I think will put my heart at ease. For awhile, I want to focus on my promotions in Korea. Then new results will appear.”

BamBam also discussed “Remember You,” the first song he co-composed and co-wrote lyrics for. The interviewer commented on the similarities between the songs he’s written since then and asked whether that is “BamBam’s music.” He responded, “Yes, but no. What I’m working on now is different. Now I have to show a completely new image. The real BamBam image.”

When asked for hints, BamBam answered, “It’s hard to explain right now. I think it could be a bit brighter,” teasing with a smile. “When it comes out, please listen to it. There’s an uncanny feel to it. I did everything I wanted to do.” 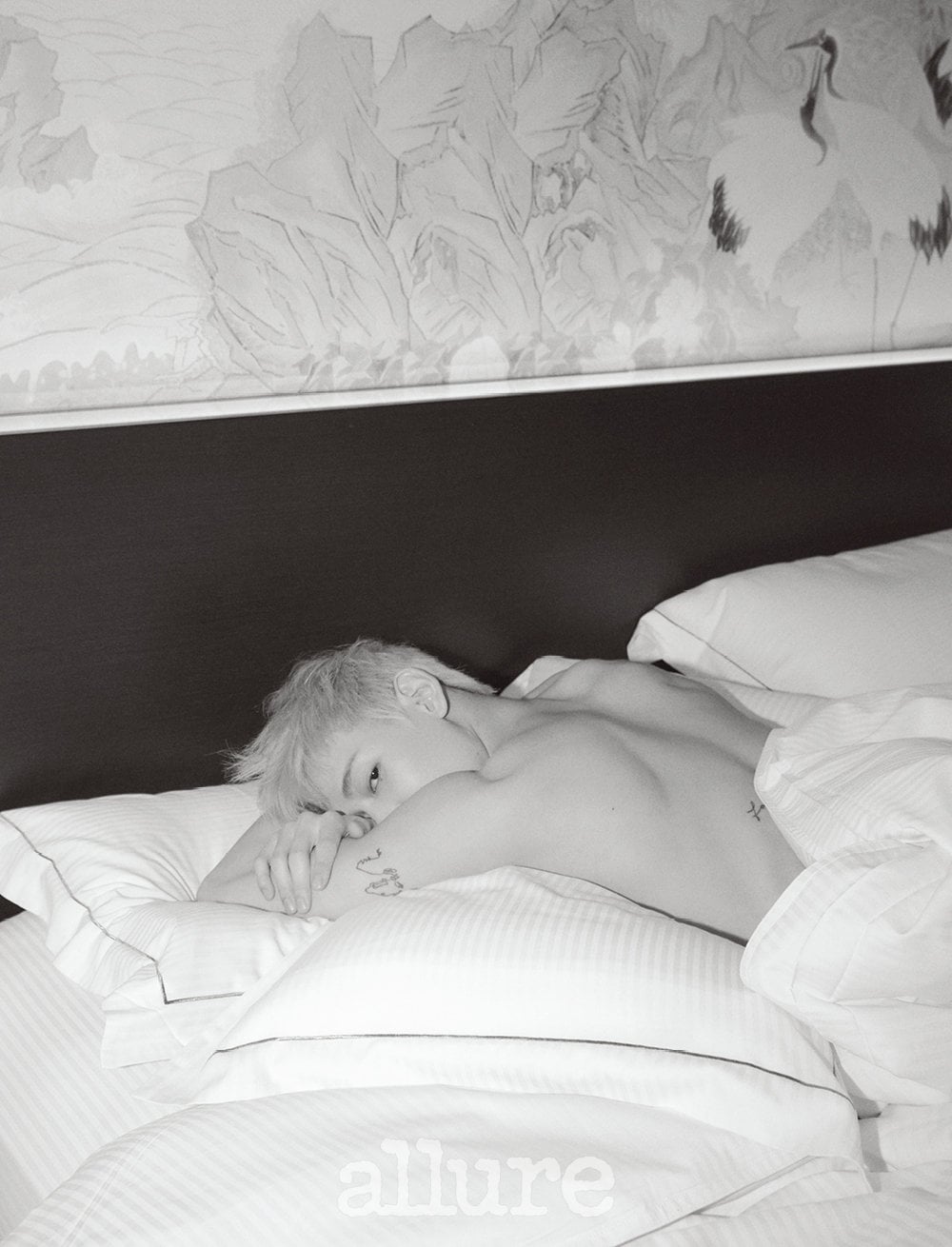 BamBam will be making his solo comeback on June 15. Check out teasers here!

GOT7
BamBam
Allure
How does this article make you feel?