New stills have been released for KBS 2TV’s “Sell Your Haunted House”!

The drama is about a real estate agent and a con artist who team up to exorcise ghosts and evil auras from haunted properties. Jang Nara stars as Hong Ji Ah, a hot-tempered exorcist and the boss of Daebak Real Estate. CNBLUE’s Jung Yong Hwa stars as Oh In Bum, a conman who pretends to believe in ghosts to make a living.

Previously, Hong Ji Ah repeatedly attempted to possess her mother Hong Mi Jin’s (Baek Eun Hye‘s) spirit in order to find out about what happened 20 years ago. Hong Ji Ah sank to the ground in despair, and when Oh In Bum came to see her, she told him, “My mom was killed.”

The newly released stills show Hong Ji Ah looking lost and empty as she places her exorcism equipment in a box. When she sees her empty table, her eyes shadow with complex emotions, and she just sits in her office for a long time. Then she takes out the incense burner from the box and studies it for a while before looking towards the door. She seems to have made up her mind about what to do next. Will Hong Ji Ah find out the truth behind her mother’s death, and will she step down from her role as the exorcist of Daebak Real Estate? 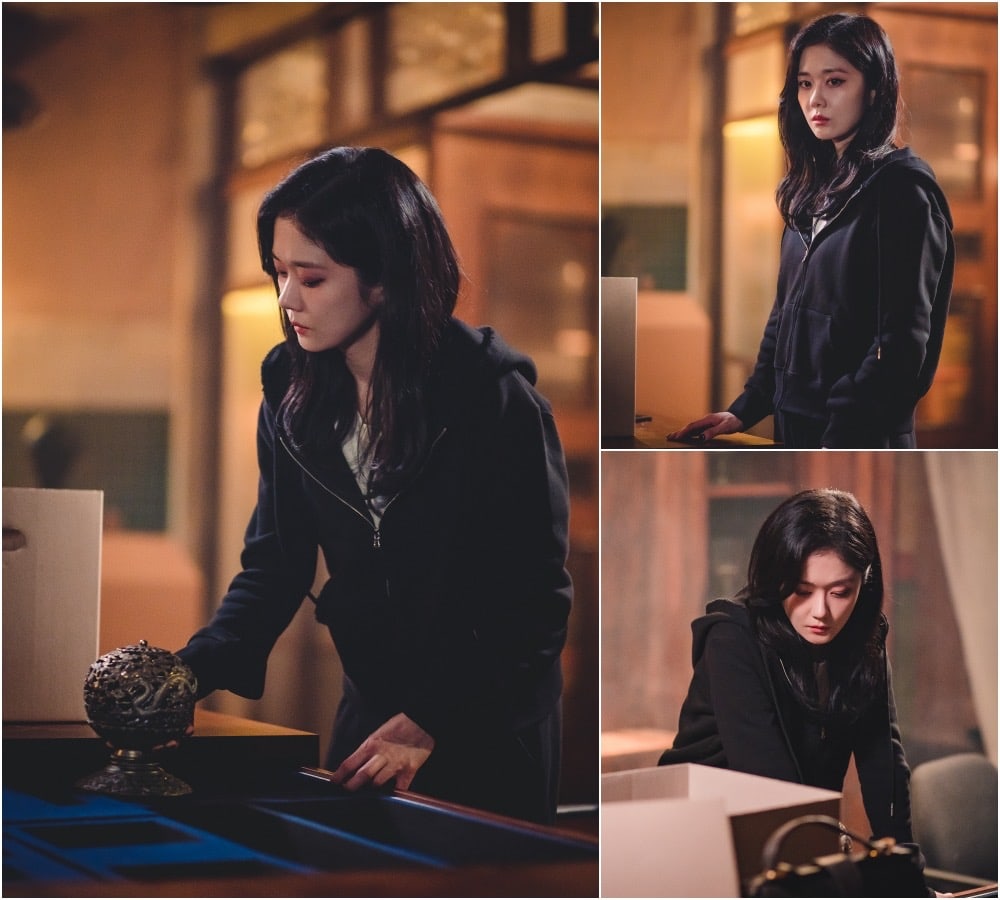 On the day of filming this scene, Jang Nara appeared on the set with a bright smile on her face. However, she soon began to immerse into Hong Ji Ah’s emotions as she studied the props one by one. Once filming started, Jang Nara made the crew members fall silent as she expressed her character’s complicated feelings with her deep eyes.

The production crew commented, “This scene that contains Hong Ji Ah’s delicate emotions would not have been completed without Jang Nara’s detailed performance. In episode 13 that airs on May 26, Hong Ji Ah, who tried to possess her mother’s spirit, will experience another incident as she becomes embroiled in another case. We hope you will enjoy watching this unpredictable story.”