Get ready for a tense encounter between U-KISS’s Lee Jun Young and ATEEZ’s Yunho on the next episode of “Imitation”!

Based on the popular webtoon of the same name, “Imitation” is a new KBS drama about the work and love lives of idols in the competitive entertainment industry. Jung Ji So stars as Lee Ma Ha, the hard-working center of the three-member girl group Tea Party, while Lee Jun Young stars as Kwon Ryoc, the aloof center of the A-list boy group SHAX. Yunho takes the role of Lee Yoo Jin, a member of the boy group Sparkling.

Previously on “Imitation,” Lee Ma Ha and Kwon Ryoc continued to run into each other. They did a couple dance on a variety show and even bumped into each other in the recording studio. Meanwhile, her best friend Lee Yoo Jin grew serious when he became aware of the relationship between the two. The third episode ended with Kwon Ryoc and Lee Yoo Jin engaging in a suffocating war of nerves over Lee Ma Ha.

On May 27, the drama released new stills that show a tense encounter between the two idols. Lee Yoo Jin barges into Kwon Ryoc’s waiting room unannounced. Lee Yoo Jin’s expression is cold and rigid, and he glares angrily at Kwon Ryoc, who doesn’t seem happy about this unexpected intrusion. The two idols face each other, and neither of them are willing to back down. This scene piques curiosity as to what exactly made Lee Yoo Jin confront Kwon Ryoc. 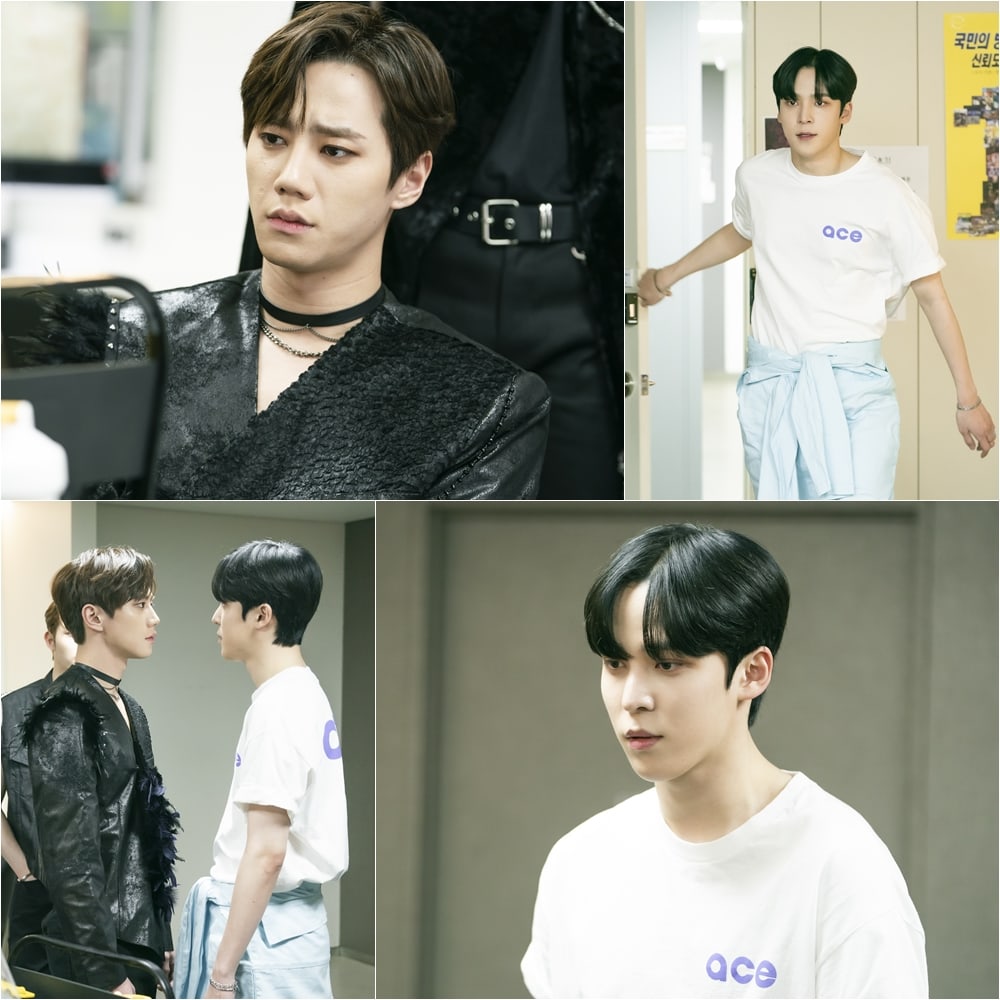 The production crew hinted, “The conflict between Kwon Ryoc and Lee Yoo Jin will officially start tomorrow. Please pay close attention to the stories of these two who will continue to be locked in an inevitable conflict.”