JTBC’s upcoming drama “Nevertheless” has shared a new glimpse of Han So Hee in her starring role!

Based on the webtoon of the same name, “Nevertheless” is a romance drama that tells the love story of Yoo Na Bi, a woman who doesn’t believe in love but still wants to date (played by Han So Hee), and Park Jae Uhn, a man who thinks dating is a bother but still likes to flirt (played by Song Kang).

In newly released stills from the upcoming drama, Han So Hee transforms into a realistic and relatable art student who has been through her share of heartbreak.

The talented Yoo Na Bi is so dedicated to her art that she is constantly toiling away in the studio at school, earning the amusing nickname of “the studio ghost” in the process. Inside the studio, Yoo Na Bi looks serious as she works on a sculpture, but when she is outside with her friends, her expression melts into a radiant smile. 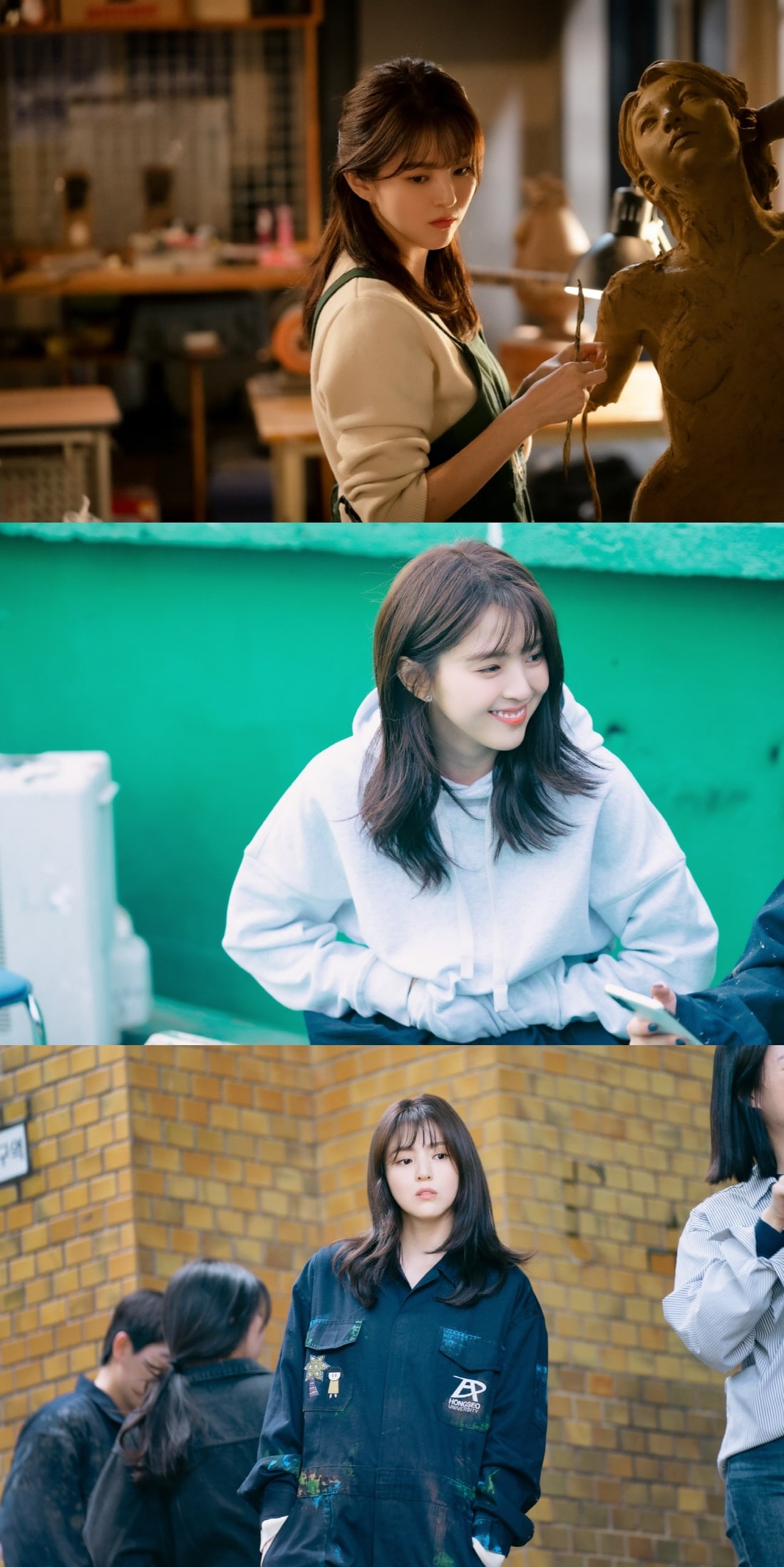 Explaining why she chose to star in the drama, Han So Hee remarked, “I was originally a fan of the webtoon, so [Yoo Na Bi] was one of the roles I really wanted to play no matter what if [‘Nevertheless’] was ever adapted into a drama.”

She went on to speak fondly about her character, explaining, “Yoo Na Bi is a realistic character. Her charm is the way she conveys deep emotions that everyone feels, but don’t outwardly express.”

“Nevertheless” premieres on June 19 at 11 p.m. KST. Check out a teaser for the drama here!

Han So Hee
Nevertheless
How does this article make you feel?