Get ready for a spooky new installment of the popular “Whispering Corridors” film series!

“Whispering Corridors” is a hit horror film series that began in 1998 and has launched the careers of stars like Song Ji Hyo, Gong Hyo Jin, Oh Yeon Seo, Choi Kang Hee, Park Han Byul, and Son Eun Seo. None of the films share a continuing plot or overlapping characters, though they are all set in all-girls high schools.

In an exciting new reboot of the series, Kim Seo Hyung and “The Penthouse” star Kim Hyun Soo will be meeting as student and teacher in “Whispering Corridors 6: Alma Mater” (literal translation).

Kim Seo Hyung will be starring as Eunhee, who returns to her high school as a vice principal after having forgotten her memories of the past. There, she crosses paths with problem student Hayoung (played by Kim Hyun Soo), leading her to discover a secret spot in the school that has been hidden for a long time. In the process, she winds up coming face-to-face with shocking truths about her high school years that she had long since forgotten.

In the newly released main poster for the upcoming film, Kim Seo Hyung is partially shrouded in darkness, wearing a fearful expression as she witnesses something shocking. Behind her, Kim Hyun Soo has an unreadable look in her eyes as she faces the same incident, adding to the ominous and suspenseful vibe of the poster.

Meanwhile, the caption in red font chillingly reads, “Why did you come so late?”

The poster’s tagline adds, “The place that must have been hell for someone. ‘Alma Mater,’ the sixth story of ‘Whispering Corridors.'” 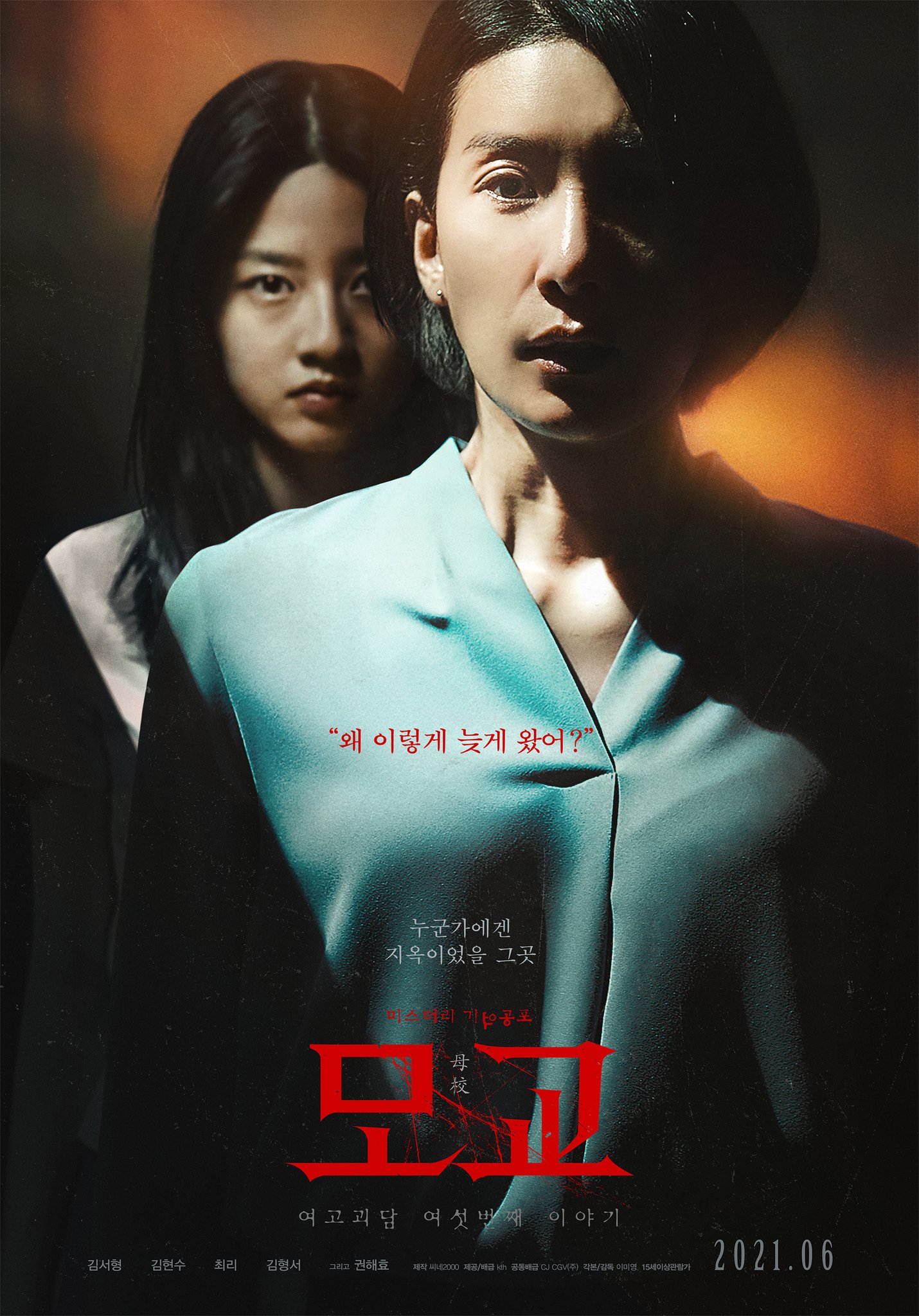 In the meantime, watch Kim Seo Hyung in “Nobody Knows” here…

…and watch Kim Hyun Soo in “The Penthouse 2” here!