The members of THE BOYZ expressed their gratitude to fans after their new song for “Kingdom: Legendary War” hit No. 1 on Genie!

On May 28 at 12 p.m. KST, “Kingdom” kicked off its final round of competition, in which the six groups will go head-to-head with brand-new songs. All six groups’ new songs were released online simultaneously, and over the course of four days, the number of streams and downloads achieved by each track will count towards the artist’s digital score.

By 1 a.m. KST on May 29, THE BOYZ’s new track “Kingdom Come” had risen to No. 1 on Genie’s realtime chart, making it their first song ever to top the chart. 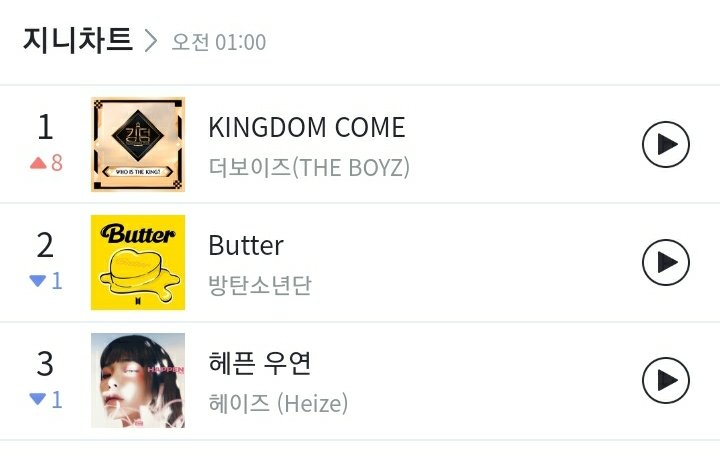 That morning, several members of the group took to THE BOYZ’s official Twitter account to thank their fans. Q posted a screenshot of “Kingdom Come” at No. 1—along with several selfies, including one playfully edited with a teardrop—and wrote, “[Tears falling…] Thank you, THE B [THE BOYZ’s official fandom].”

Younghoon also posted a couple of selfies and wrote, “THE B, thank you for making us happy.”

Hyunjae shared two behind-the-scenes selfies from THE BOYZ’s latest “Kingdom” performance and wrote, “THE B, thank you for the gift, hehe.”

Sunwoo posted several photos of himself posing in a car and wrote, “Thanks, THE B. Want to get in?”

Kevin expressed his gratitude by writing in English, “What have we done to deserve you,” before adding in Korean, “THE B, I love you so much….”

Congratulations to THE BOYZ on their impressive achievement! (You can check out all of the “Kingdom” groups’ songs for the final round here!)

Watch the latest episode of “Kingdom” with subtitles below:

q
THE BOYZ
Younghoon
Hyunjae
Kingdom: Legendary War
How does this article make you feel?