Lee Cho Hee has revealed that she was friends with Park Seo Joon during their college days!

On the May 29 episode of KBS 2TV’s “Come Back Home,” Park Jin Joo and Lee Cho Hee appeared together as guests. Both actresses went to the same college—Seoul Institute of the Arts—and at one point during the show, Park Jin Joo mentioned that she had been classmates with Park Seo Joon, who also attended the school.

“I was in the same year and the same class as Seo Joon,” she explained, “so we sort of grew up together as actors, starting from our baby years.”

Yoo Jae Suk then asked Lee Cho Hee if she’d known Park Seo Joon as well, and she replied, “Yes. When I first saw the older students at school, he was the student who stood out for being handsome. I remember thinking that he looked really cool.”

Lee Cho Hee went on to recall, “He even came over to my house to hang out once. He came by once after playing soccer, before going to his morning classes.”

Turning to the camera, she added with a smile, “I’ll work harder in the future so I can stay by your side forever.” 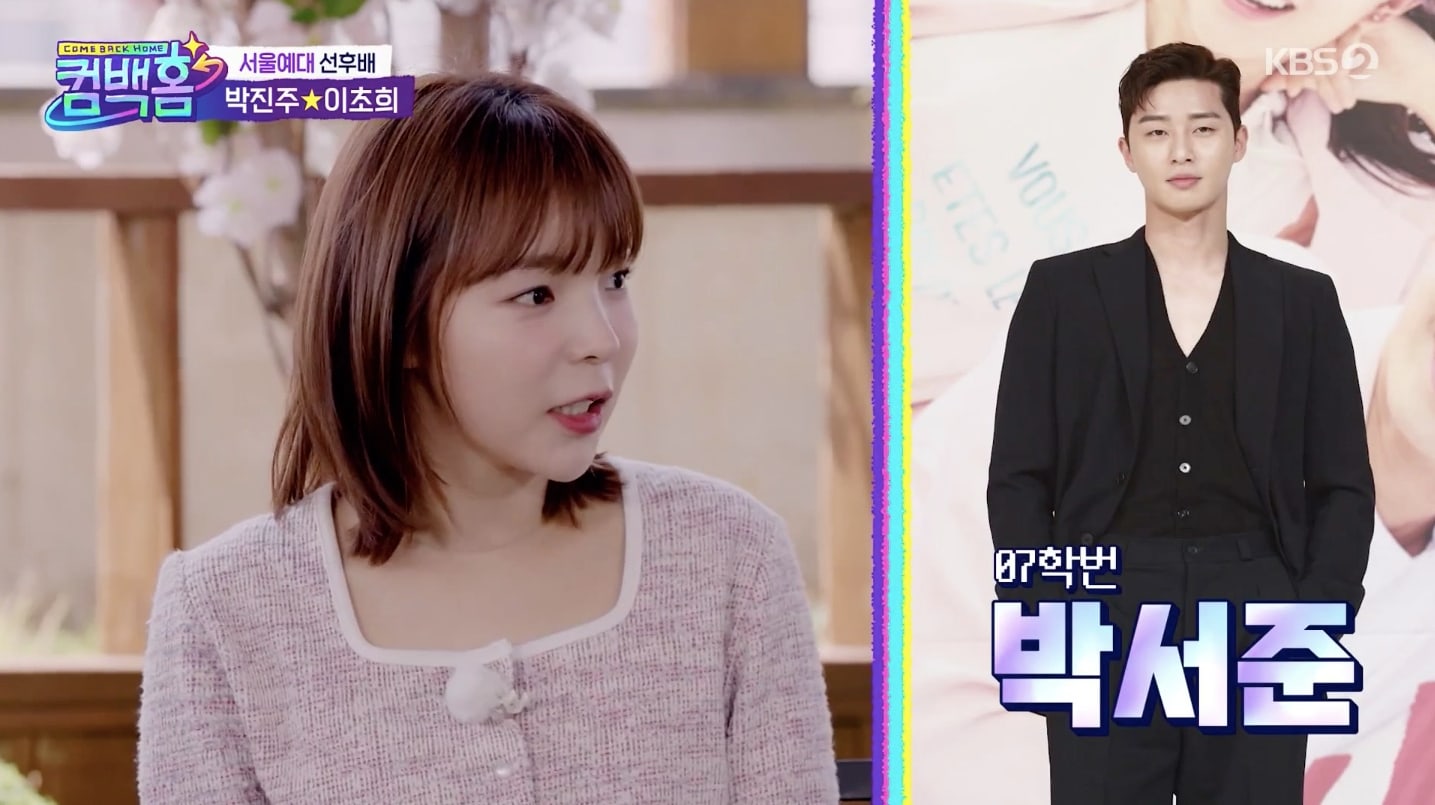 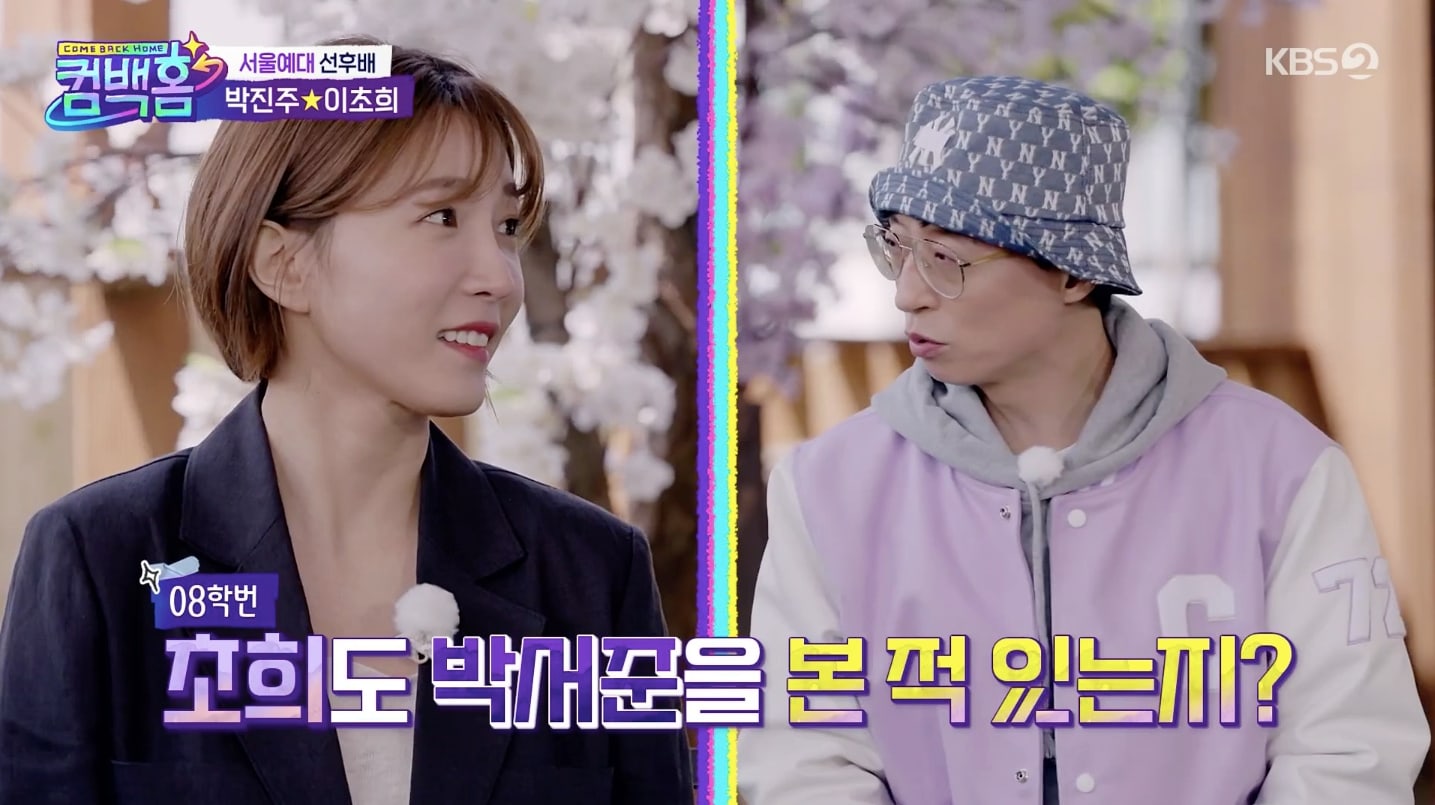 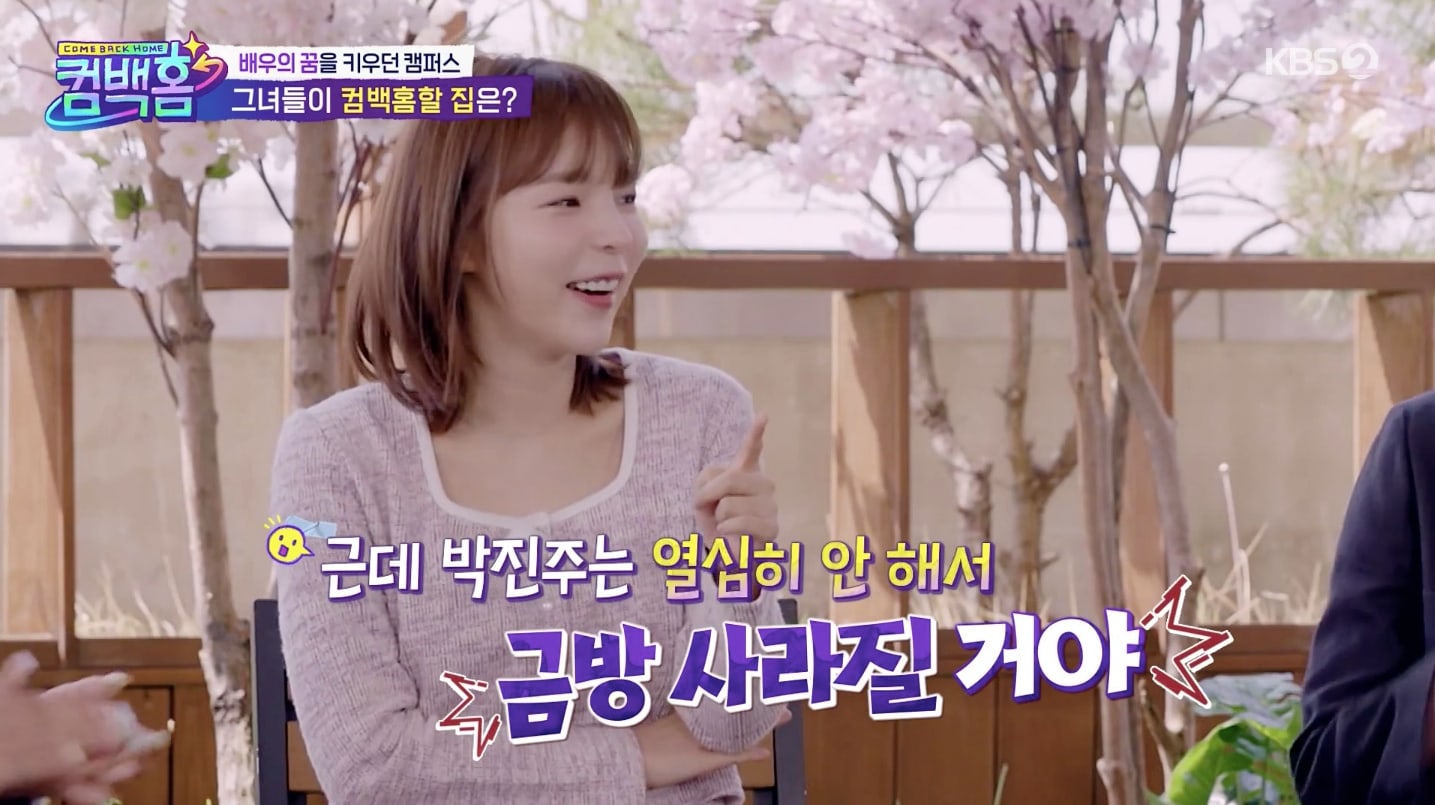 …and watch Lee Cho Hee in her hit drama “Once Again” here!