Seo In Guk and Jung Ji So will be confronting each other in the next episode of tvN’s “Doom at Your Service.”

The fantasy romance drama is about a character named Myul Mang (Seo In Guk), who causes everything he touches to vanish, and a woman named Tak Dong Kyung (Park Bo Young), who puts her life on the line to avoid her fate. After going through life without any grand goals, Tak Dong Kyung suddenly receives the diagnosis that she only has 100 days to live. She calls for doom (myulmang) of the entire world, but instead is found by Myul Mang.

In the previous episode, Myul Mang kissed Tak Dong Kyung and displayed the feelings he had been holding back. But at that moment, Sonyeoshin (Jung Ji So) narrated that she was going to reset Myul Mang, whom she created, and Myul Mang suddenly disappeared.

New stills of the upcoming episode show Myul Mang and Sonyeoshin together. Myul Mang stares at her with an icy expression of rage and loneliness. On the other hand, Sonyeoshin has a soft smile on her face as she looks back at him meaningfully.

She hands him a bundle of yellow tulips, which means “unrequited love” in the language of flowers. This gesture of Sonyeoshin’s may be her way of telling him to stop dreaming of loving Tak Dong Kyung, who is human. Myul Mang appears to be deep in thought, seeming to know the significance of the yellow tulips. What could Sonyeoshin be thinking, and what will happen to the relationship between Tak Dong Kyung and Myul Mang, who have just confirmed their feelings for each other? 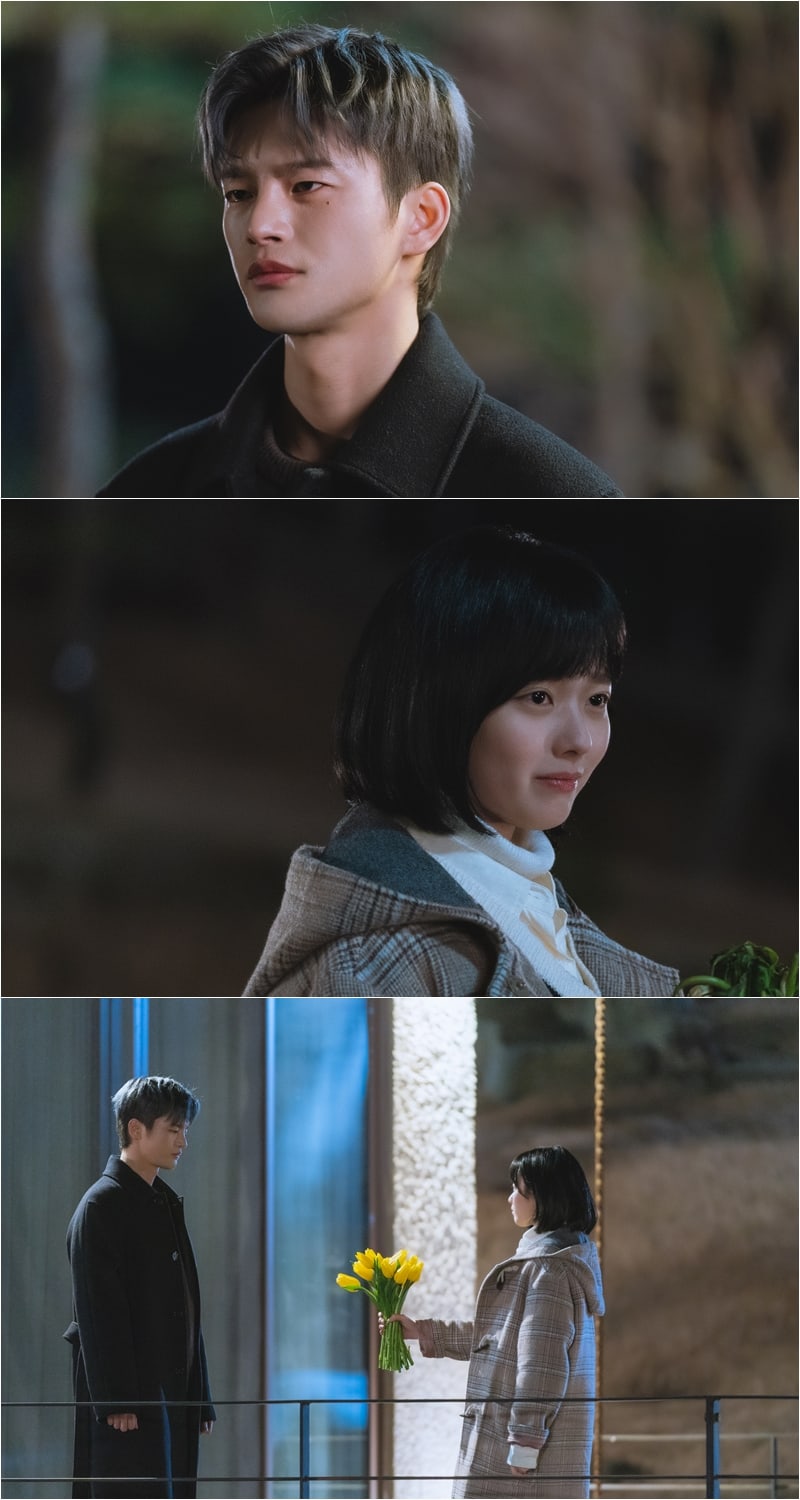 The drama’s production team revealed, “Another layer of sadness will be added to the romance between the human Tak Dong Kyung and the otherworldly being Myul Mang. Please anticipate the upcoming broadcast and see what kind of role Sonyeoshin will play in Tak Dong Kyung and Myul Mang’s relationship.”

Seo In Guk
Jung Ji So
Doom at Your Service
How does this article make you feel?