“Mine” is a drama about strong and ambitious women who overcome society’s prejudices to discover what is truly theirs. Lee Bo Young stars as Seo Hee Soo, a former top actress and the wife of the second son of the chaebol family Hyowon Group. Kim Seo Hyung stars as Jung Seo Hyun, the elegant and well-born wife of the eldest son of Hyowon Group. Cha Hak Yeon plays Jung Seo Hyun’s son Han Soo Hyuk.

Seo Hee Soo is pictured together with her husband Han Ji Yong (Lee Hyun Wook) in the first set of stills. Her overtly happy smile is raising suspicion, as she had previously found out that Han Ji Yong had been deceiving her together with Kang Ja Kyung (Ok Ja Yeon). Despite being so shocked by the truth that she suffered severe physical side-effects, she appears fully recovered and seems to be blissfully happy as she receives a kiss from her husband.

Next, Jung Seo Hyun appears at her son Han Soo Hyuk’s meeting with No Ah Rim (Jang Ha Eun), to whom he is expected to be engaged as part of a plan to strengthen the secrecy of the upper class. However, Han Soo Hyuk, who is caught up in a whirlwind romance with the maid Kim Yoo Yeon (Jung Yi Seo), is still unable to give up on his feelings for her. 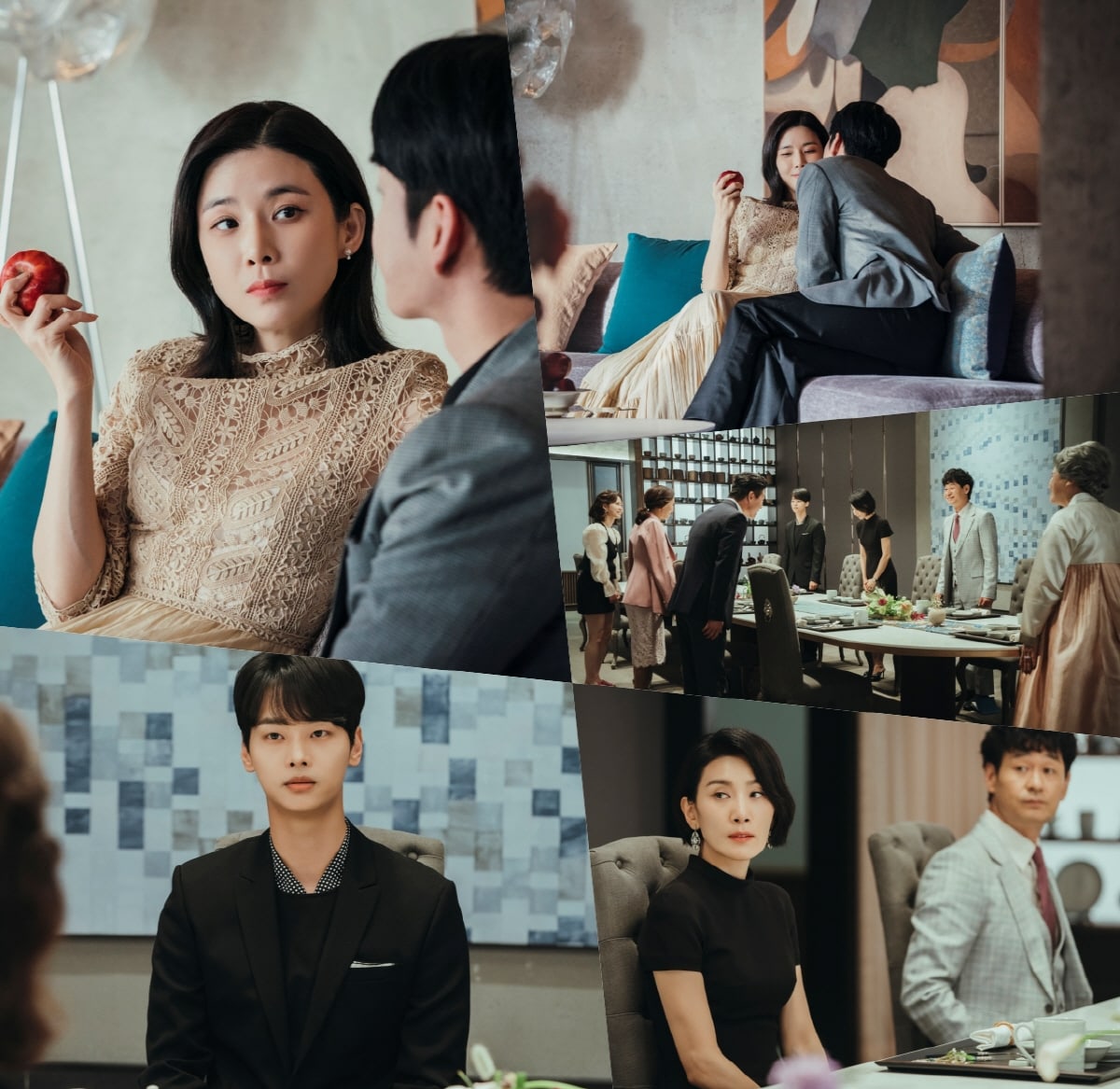 Previously, Jung Seo Hyun scolded her son for his reckless actions by saying, “Don’t you know that you can’t do anything in this house without my decision?” She also warned him that he should refrain from any foolish actions if he didn’t want her to send Kim Yoo Yeon away again. Although Han Soo Hyuk had followed the path set out for him, he started veering off-course after meeting Kim Yoo Yeon and getting swept up in his emotions. His appearance at a meeting with No Ah Rim’s family is piquing viewers’ curiosity as they wonder about the fate of his romance with Kim Yoo Yeon.

Although the Hyowon family appears well-polished on the outside, cracks are starting to form at their center. It remains to be seen how long the uneasy peace in the family will last.

In the meantime, check out Lee Bo Young in “When My Love Blooms” here:

And watch Kim Seo Hyung in “SKY Castle” below: