Geum Sae Rok will be caught in a dangerous situation in the upcoming episode of KBS’s “Youth of May.”

“Youth of May” is a romance drama about the fateful meeting of medical student Hwang Hee Tae (Lee Do Hyun) and nurse Kim Myung Hee (Go Min Si), who fall in love amidst the whirlwind of events that take place in May 1980, a historically significant time period in South Korea.

The new stills show that Gwangju has been taken over by armed soldiers as the nation is put under martial law. In a previous episode, Lee Soo Chan had taken Lee Soo Ryun to Seoul in order to prepare for her marriage to Hwang Hee Tae. Lee Soo Chan had said affectionately to her at the time, “Come back if you feel like you can’t stand it.” Back in Gwangju, Lee Soo Chan had to fight to keep his business out of the hands of Hwang Gi Nam (Oh Man Seok), Hwang Hee Tae’s father.

But in the new stills, Lee Soo Ryun and Lee Soo Chan are shocked to meet each other on the streets of Gwangju. Lee Soo Chan looks both angry to find his sister in Gwangju when she was supposed to be in Seoul, and concerned over the blood on her arm. 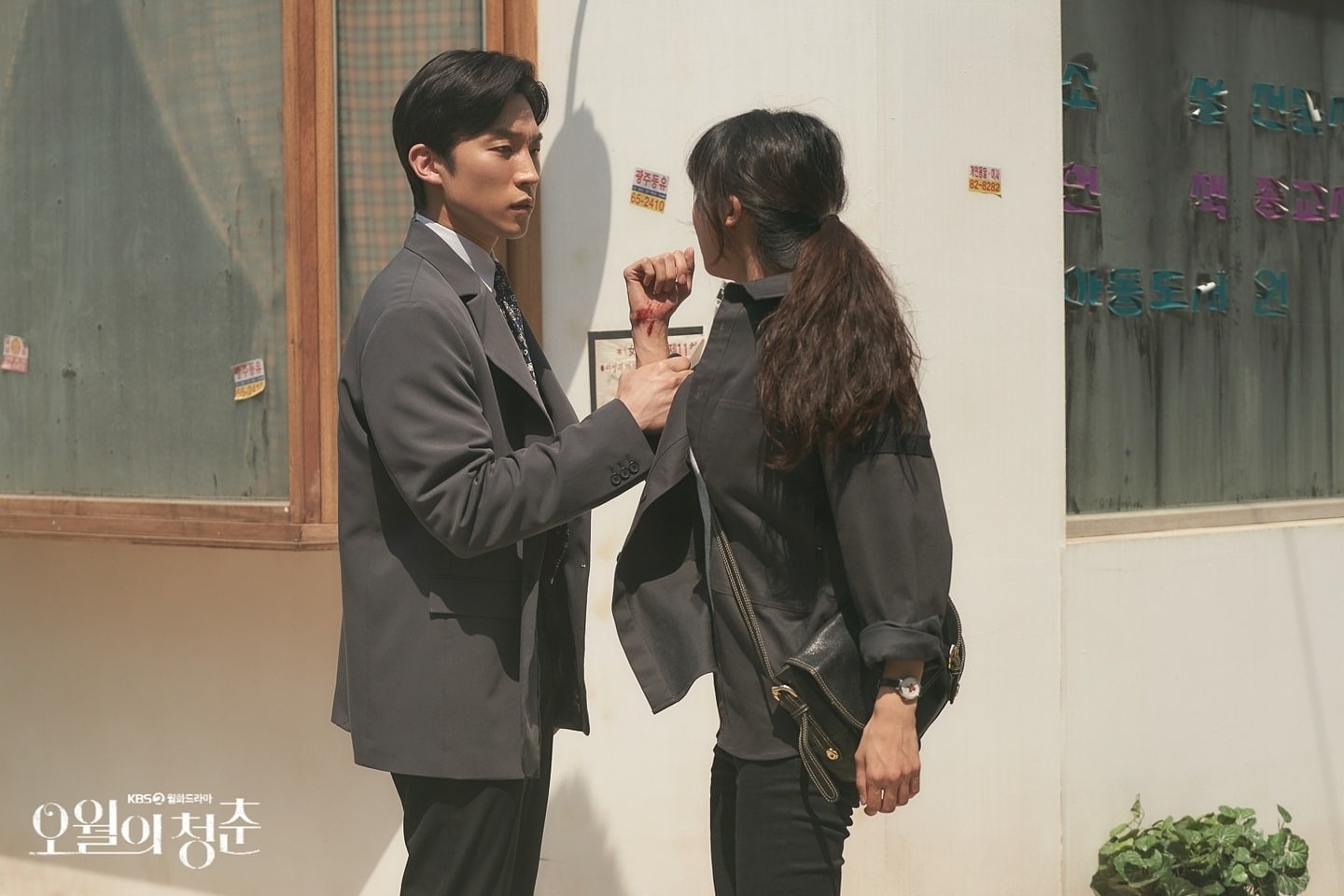 Lee Soo Ryun had been fleeing from the suspicious gaze of an armed soldier while covering for another young student. Later, she kneels along with the other citizens in front of soldiers who are armed with cudgels and guns. 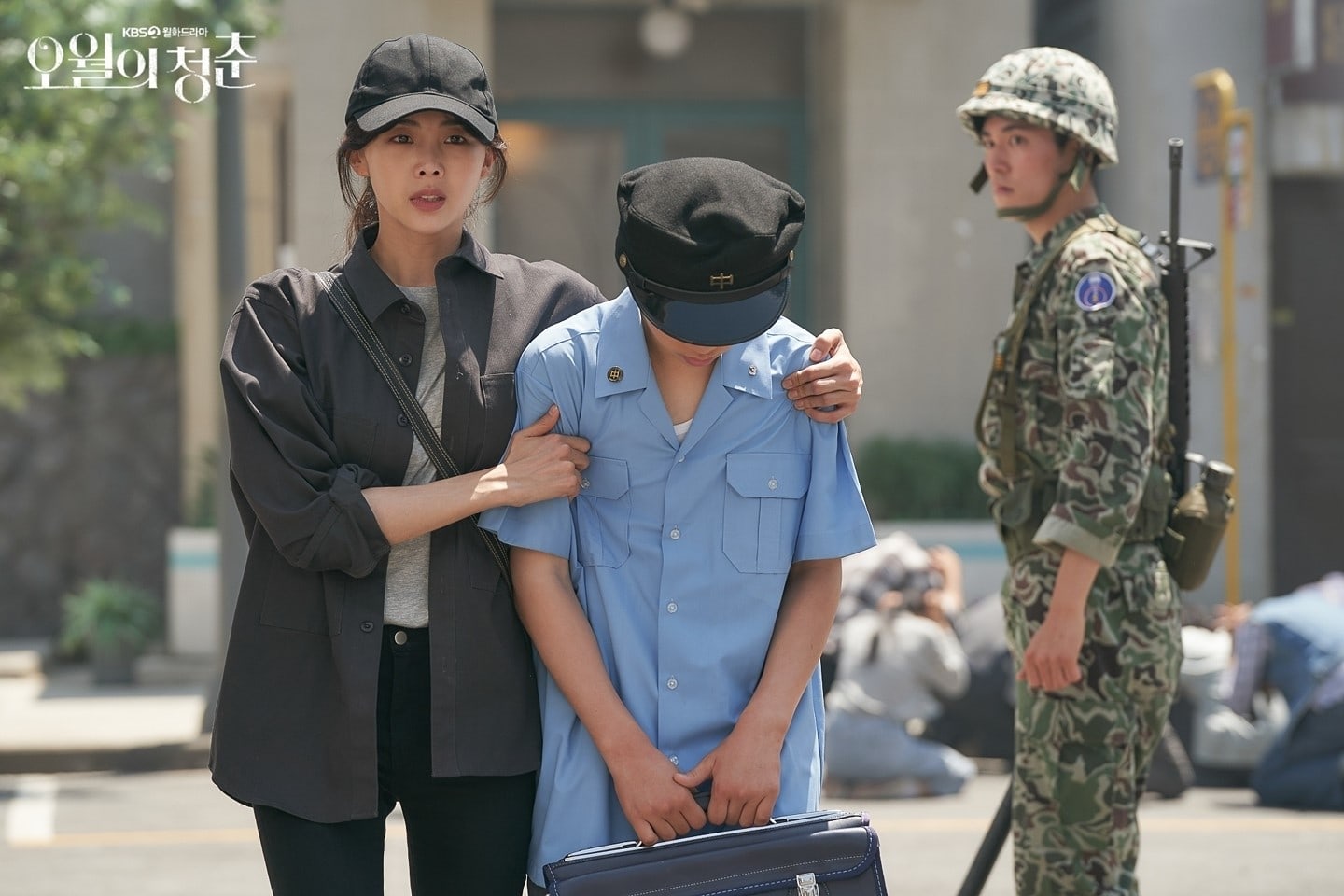 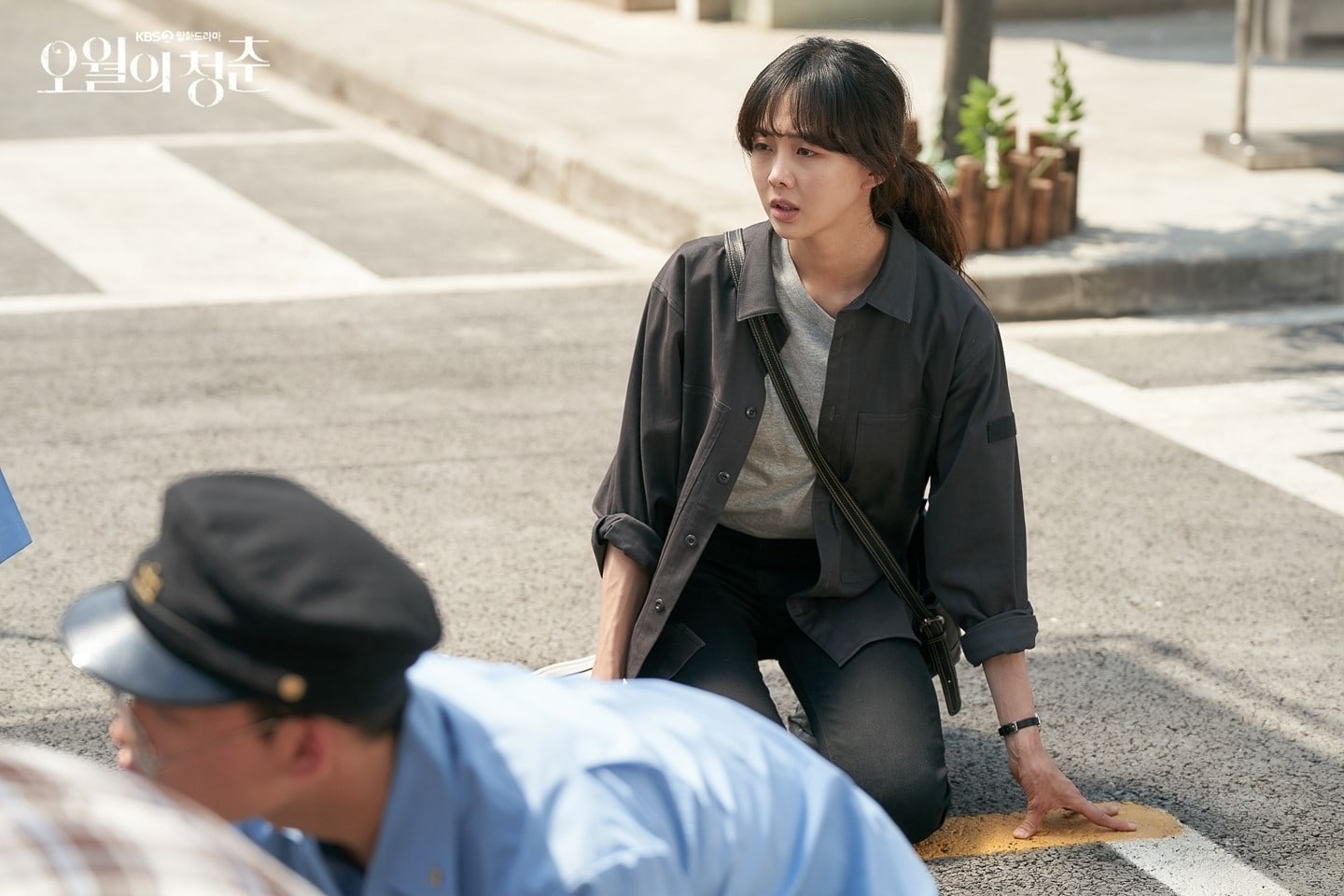 The stills indicate that Lee Soo Ryun, who is called the “Joan of Arc” of her law school, will have to choose what destiny she wants as the armed soldiers arrive in town. It also suggests rising conflict between her ideals and her brother, who believes that protecting his family is the most important thing in the world.

Watch “Youth of May” below!

Lee Sang Yi
Geum Sae Rok
Youth of May
How does this article make you feel?