On May 31, TXT held an online showcase for their new album “The Chaos Chapter: FREEZE.”

During the showcase, the group talked about first impressions of the album, the songwriters who participated in its production, and their status as representatives of the current generation.

About their new title track, “0X1=LOVESONG (I Know I Love You),” Beomgyu said, “As soon as I heard it, I choked up. The song has something that touches your heart.” Soobin said, “When I heard the song with our voices in it, I got emotional.” Taehyun added, “I hope that people will look out for the flow of emotions that the members express on stage. It’s not that we’re acting, but that we’re immersing ourselves in the story.”

The album also includes an English track, “Magic.” Yeonjun said, “We wanted to share a gift for our many fans around the world who sent us their love. It was our first time trying something like this, so we wanted to make it as complete as possible.” Beomgyu said, “Since it was our first English song, we focused a lot on the pronunciation so it wouldn’t sound awkward. We practiced a lot in order to bring the groove and other little details to life.”

TXT was also asked about their reputation as representatives of the fourth generation of idols, as well as representatives of the current generation of teenagers. Yeonjun said, “I would like it if we could be ‘fourth-generation representatives’ and ‘fourth-generation It Boys’ and have people think of us when they think of the ‘fourth generation.'” Huening Kai said, “I think that since we sing about the stories of teenagers, they relate more to our songs. I want to be called the team that best represents teenagers from around the world.” Soobin added, “I’d like for us to be called a talented group that keeps growing to new levels.” 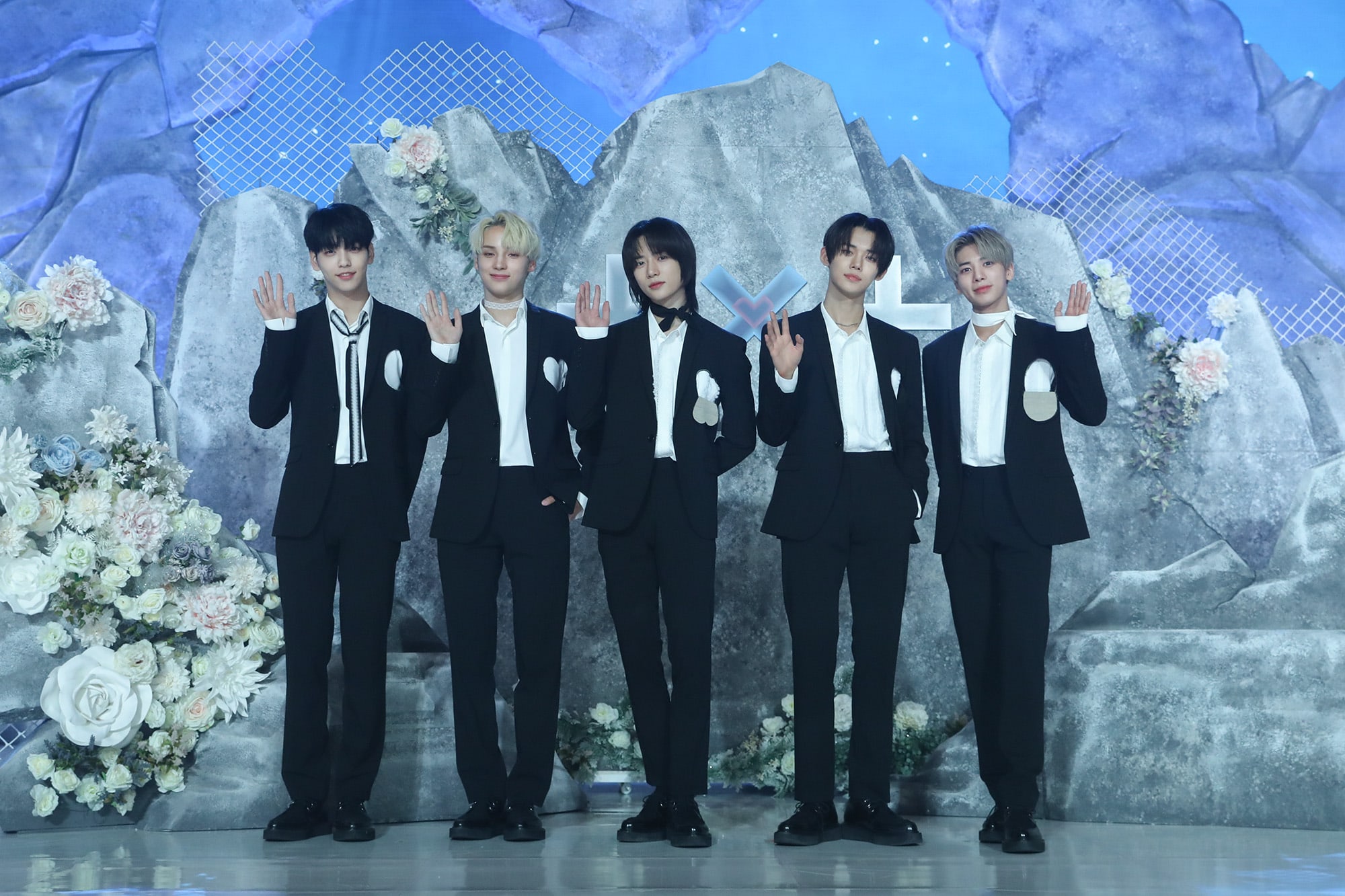 Check out TXT’s music video for their new title track “0X1=LOVESONG (I Know I Love You) here!

BTS
Bang Si Hyuk
RM
TXT
How does this article make you feel?