Jang Ki Yong, Chae Soo Bin, And Krystal Dish On What Drew Them To Their Film “Sweet & Sour”

With its premiere fast approaching, the cast of “Sweet & Sour” held an online press conference to talk about the film!

On June 1, “Sweet & Sour” cast members Jang Ki Yong, Chae Soo Bin, and f(x)’s Krystal participated in an online press conference with their director Lee Gye Byuk. “Sweet & Sour” is a romantic comedy about the sweet taste of the start of a romantic relationship and the quick and bitter transformation of love. It centers around the “sweet” couple of Jang Hyuk (Jang Ki Yong) and Da Eun (Chae Soo Bin), whose relationship turns “sour” with the addition of the charming Bo Young (Krystal).

All three actors revealed that they chose to star in this film for its relatable qualities. Jang Ki Yong explained, “It was fun when I first read the script. Jang Hyuk, Da Eun, and Bo Young were all so alive, and I thought it’d be fun to do on set with all the other actors.”

Chae Soo Bin added, “It really captured the difficulties we endure while dating so it was relatable, but it was also charming because the story wasn’t typical.” 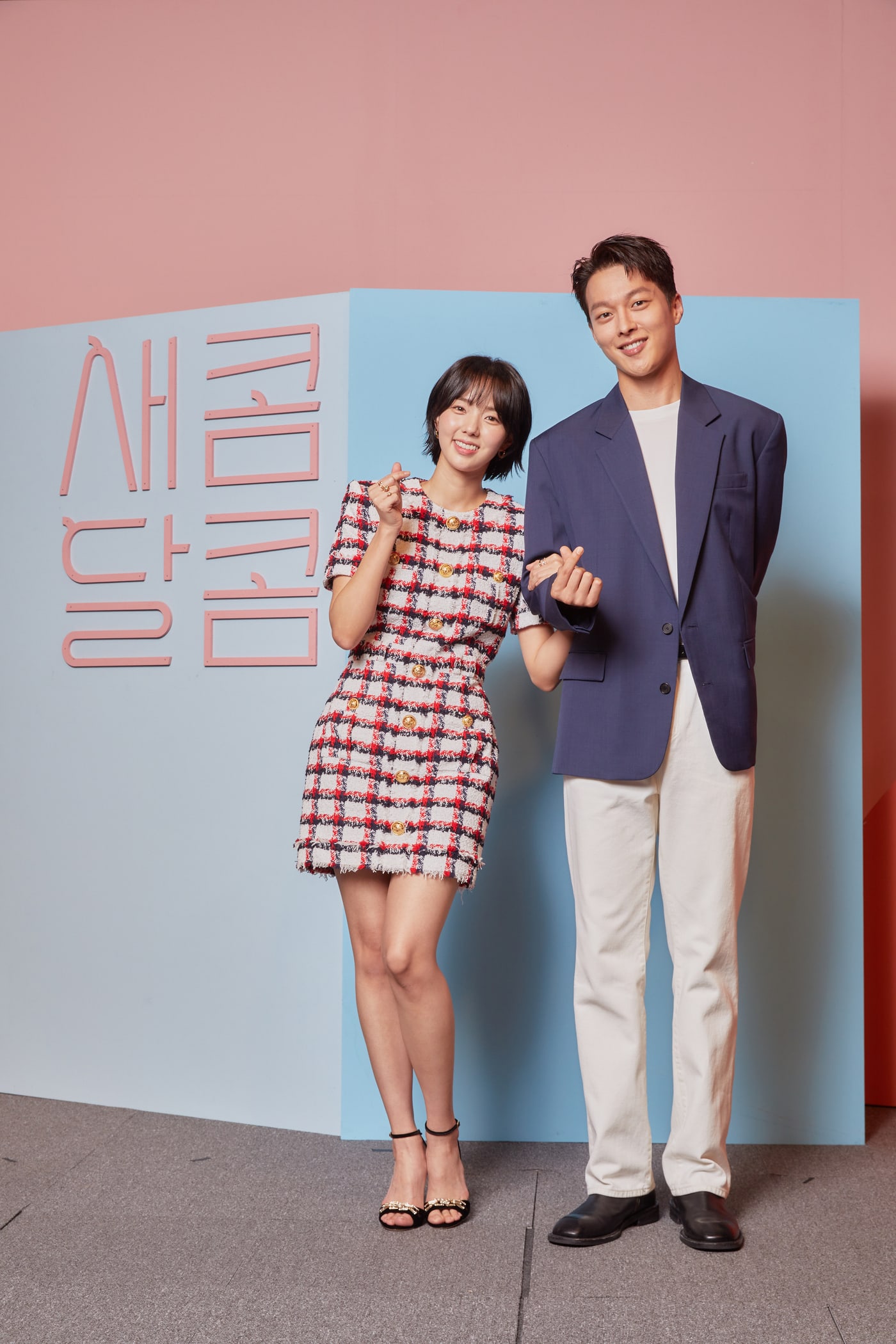 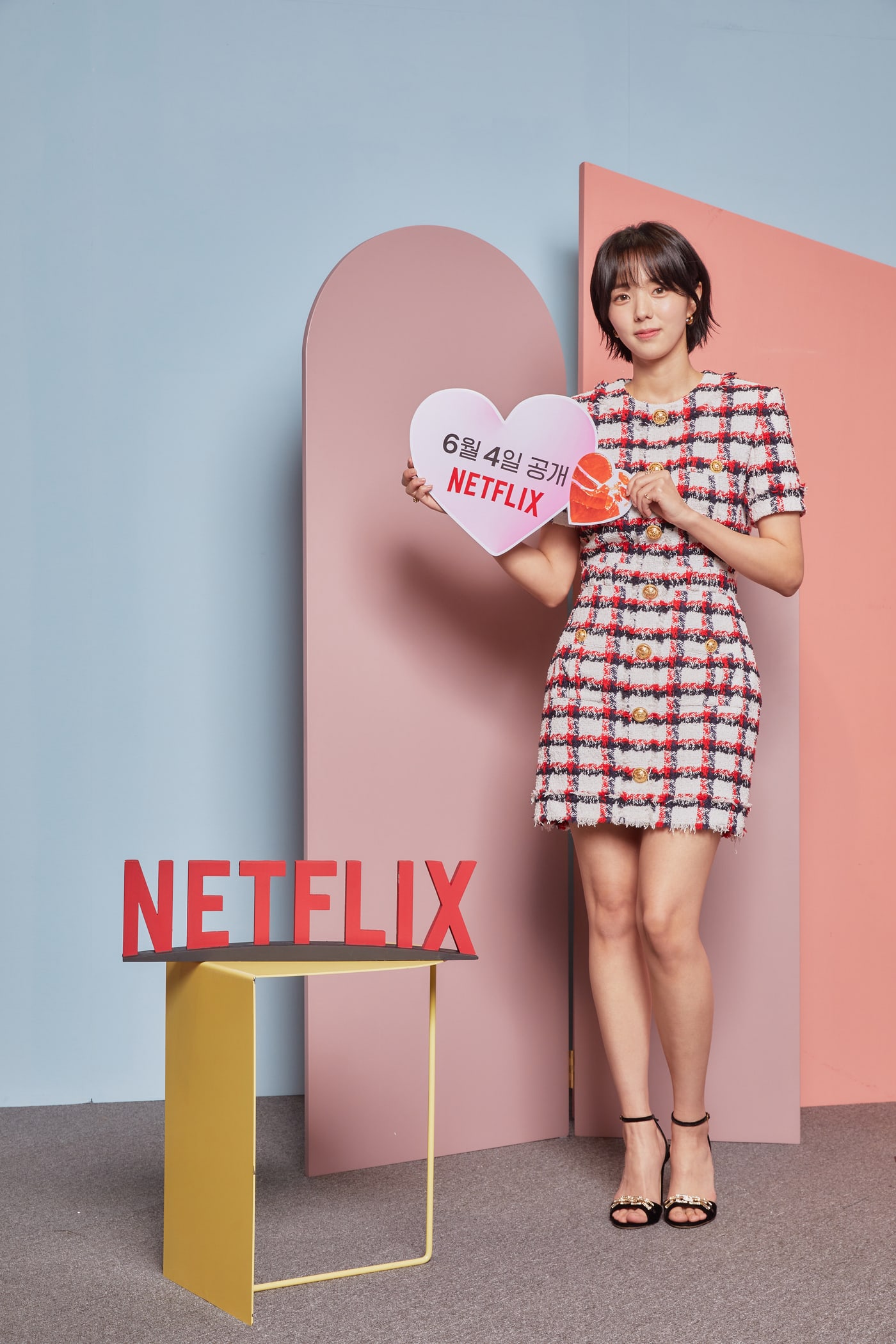 The characters in “Sweet & Sour” all have realistic aspects as a foundation, especially with Da Eun as a nurse and Jang Hyuk as a hardworking contract employee who dreams of being full-time at a large company.

Director Lee Gye Byuk explained, “Young people nowadays are much more busier than we were. Living so busily inevitably makes dating hard and among those busy people, I included a nurse who works part-time in a 3-shift system, so her days off are undecided. On the other hand, Jang Hyuk wants to become full-time at a big company so he works until late and can’t meet with her. However, because he’s a busy, young man, I made the character [Bo Young] whom he grows close with as they’re spending so much time together. I figure that this draws out the image of young people these days.”

Regarding her character Bo Young, Krystal commented, “I worried a lot that I might appear mean. I worked hard to showcase a lot of Bo Young’s loveliness within that. Bo Young’s charm is that she’s honest and fearless but she’s incredibly clumsy, so I think that’ll show a new side to her.” 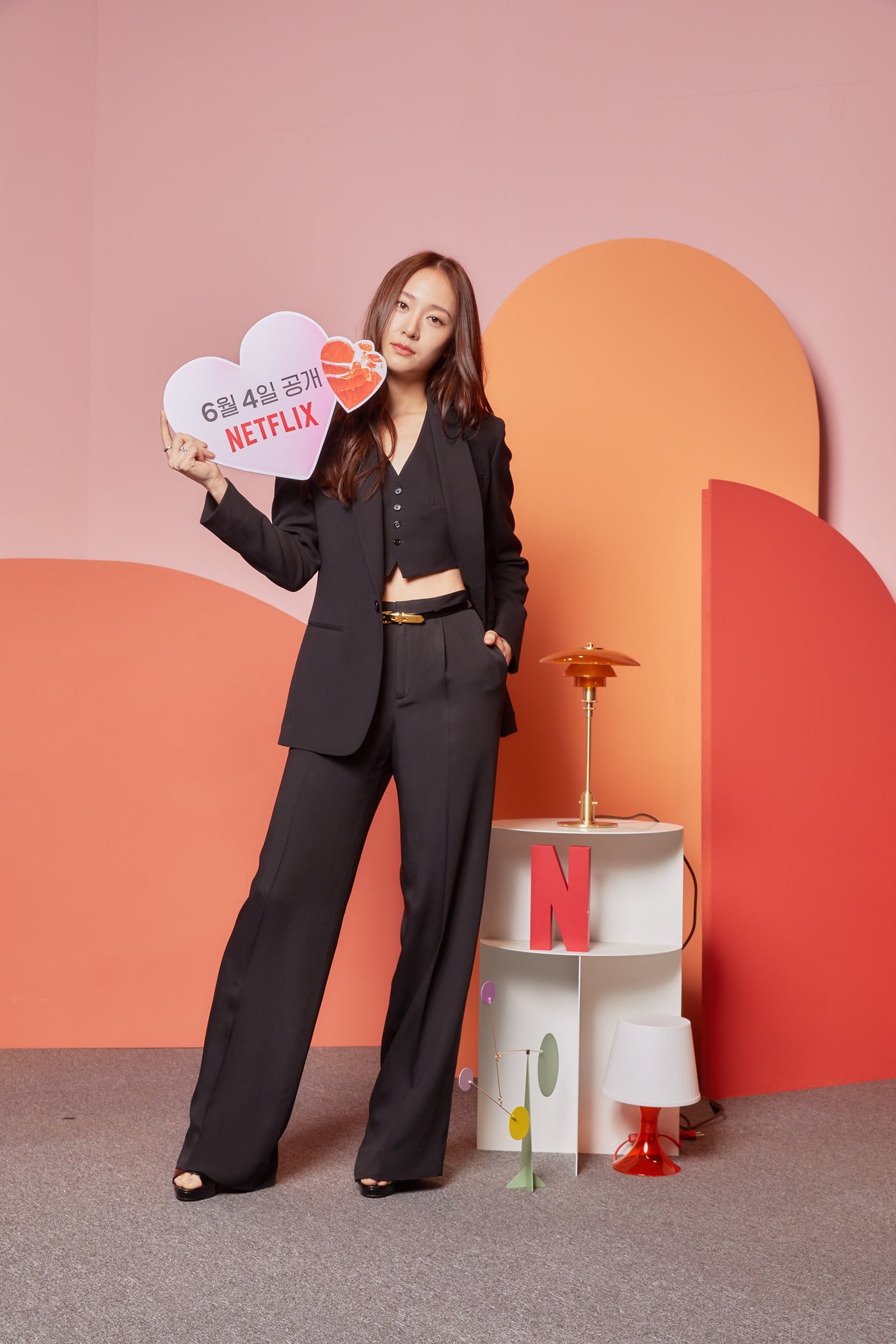 The three actors also shared what they believe is the taste of dating. Chae Soo Bin said “sweet and sour” while Jang Ki Yong shared “sweet and salty.” Krystal gave an interesting answer of “triangle kimbap,” explaining, “It’s because you have to open the triangle kimbap to see whether it’s sweet, salty, or spicy. If you watch the film, you’ll also be able to know the reason why I say this.”

Touching on her chemistry with Jang Ki Yong, Krystal commented, “Jang Ki Yong doesn’t talk much and is quite shy. Once we got closer on set, our chemistry was great. It was so good to the point where we had so many bloopers because we were laughing.”

She continued, “I didn’t have any scenes with Soo Bin. I saw her once for a meal before we began filming and once at our wrap party. Whenever we meet, we ask each other why we weren’t able to get closer.” Chae Soo Bin added, “We’re the same age, so it’s disappointing.” Krystal responded, “I think we’ll have to work on a project together next time.”

Jang Ki Yong shared, “My chemistry with Da Eun as a realistic couple was good, but the chemistry between Bo Young and Jang Hyuk was so fun. Krystal says [her character] is very clumsy but she’s not joking. Because of the energy that comes from that clumsiness, we made more than 10 bloopers from laughing. It was to the point where I was confused whether it was real or acting.” 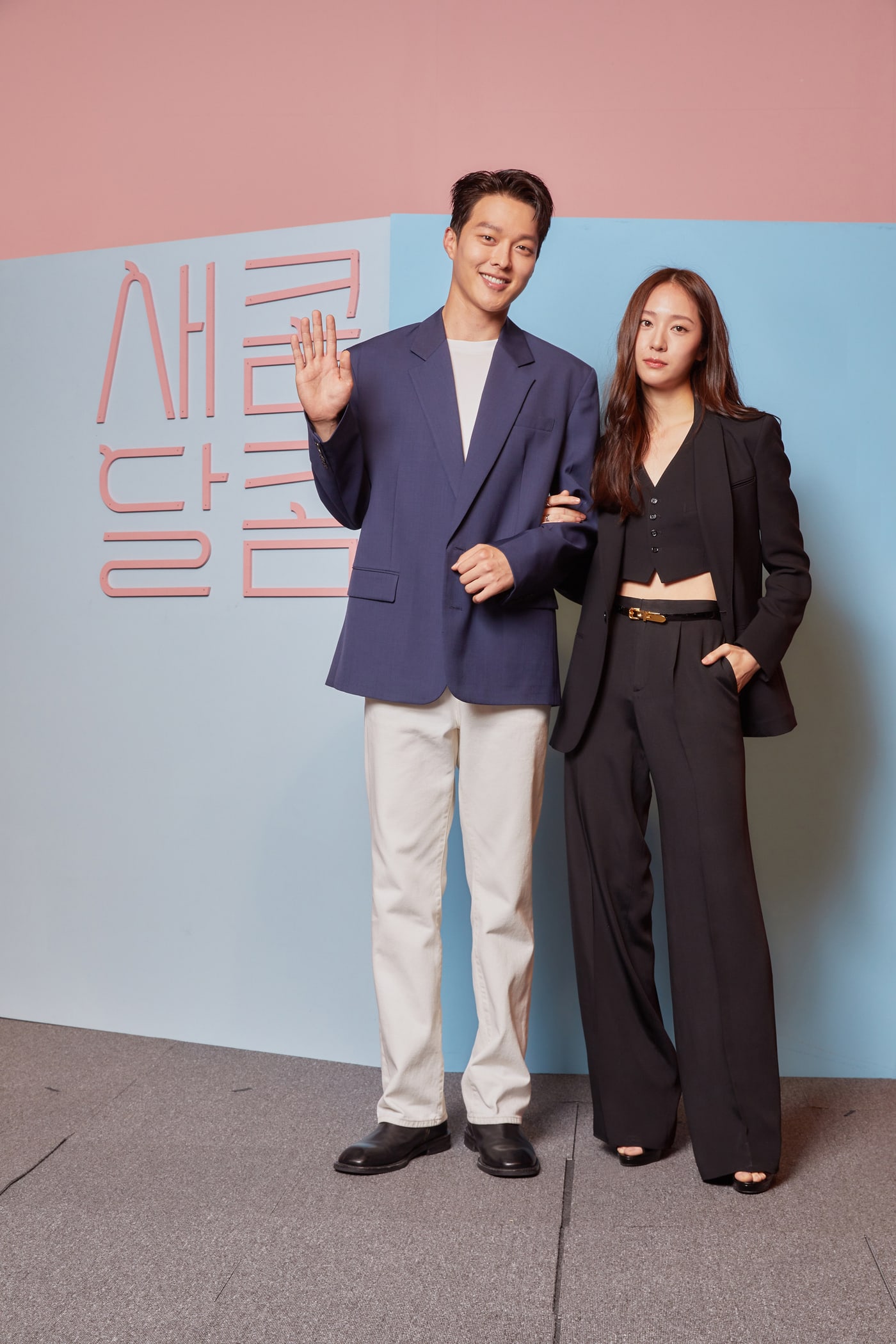 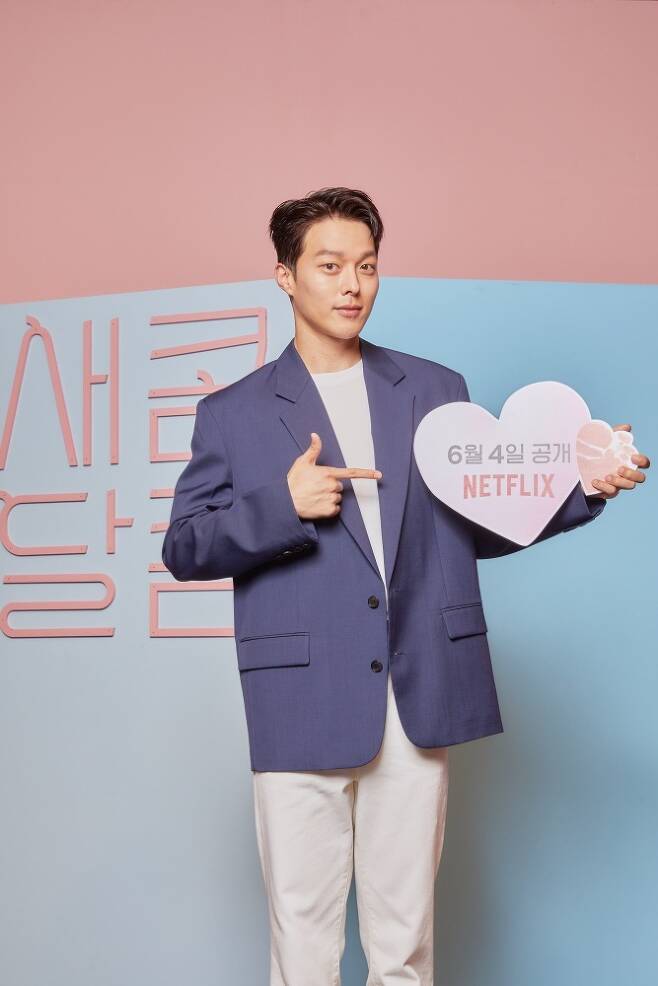 Lastly, director Lee Gye Byuk expressed how pleased he was with the casting, sharing, “I haven’t worked on a ton of films but among them, this casting was done the fastest. Since all three actors are popular in terms of the romance genre, ‘Sweet & Sour’ needed that image so they were all picked incredibly easily.”

“Sweet & Sour” premieres in 190 countries on June 4 through Netflix. Check out the trailer here!

While we wait, watch Jang Ki Yong in “Search: WWW” below!