Things between 2PM’s Chansung and Han Ji An are not getting any better!

The two actors are currently starring in “So I Married the Anti-Fan,” a romantic comedy about global K-pop star Who Joon (Choi Tae Joon) and his anti-fan Lee Geun Young (Girls’ Generation’s Sooyoung) who are starring in a virtual marriage variety show.

Previously in the drama, the relationship between JJ (Chansung) and Oh In Hyung (Han Ji An) started to grow strained when he attempted to stop her singing career. She confessed her innermost thoughts to him, but he just got angry. Eventually, she sent him a request to end her contract, and she even recorded Who Joon’s new song behind his back.

In the new stills, Oh In Hyung is at Spigen Entertainment’s audition. Even though her contract with her agency isn’t over, she takes the stage wearing a name tag that labels her as a private trainee. JJ glares angrily at her, but she ignores him and continues to sing calmly. Other photos show the two in the hallway. Oh In Hyung coldly turns her back to him, and JJ watches her walk away with sad, frustrated eyes. 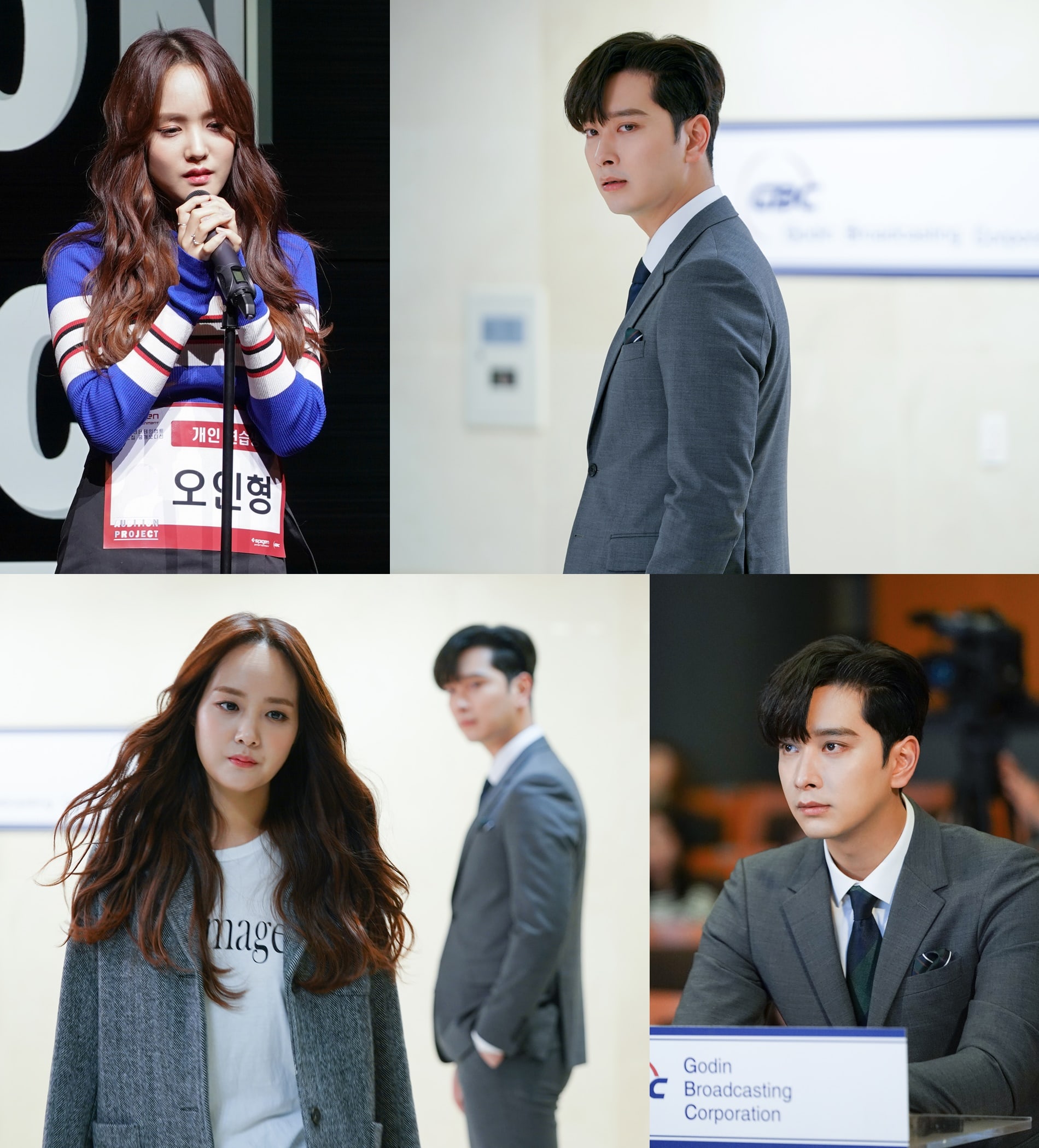 The drama’s production team shared, “Oh In Hyung, who shocked JJ with her dogmatic behavior, will once again turn her back to him on this week’s broadcast. Please look forward to how the conflict and chaotic feelings between the two who loved each other will be portrayed in the drama.”