“The Penthouse” cast has looked back on the previous two seasons and shared a glimpse at season three!

On June 2, “The Penthouse” aired a special episode with the actors who shared various stories about the series and things that happened behind the scenes.

MC Jang Do Yeon commented that Kim Dong Kyu has sparkling eyes and looks like a child who has grown a beard, making the cast laugh. In response, Kim Dong Kyu good-naturedly replied, “I’m in my twenties.”

Jo Jung Shik, the other MC, said, “People are wondering if Secretary Jo is working for Joo Dan Tae or Yoo Dong Pil (Park Ho San).” Kim Dong Kyu responded, “There were many speculations because of the last scene. Honestly, I’m curious too. I think something will happen. I hope many people will watch season three with interest.”

Then Jo Jung Shik asked if they can feel that their popularity has increased because of “The Penthouse.” Kim Hyun Soo shared, “I’m not sure since I wear masks outside,” and Han Ji Hyun said, “This is my first project, so I can’t really tell. I just received the script and thought my role was no joke.” 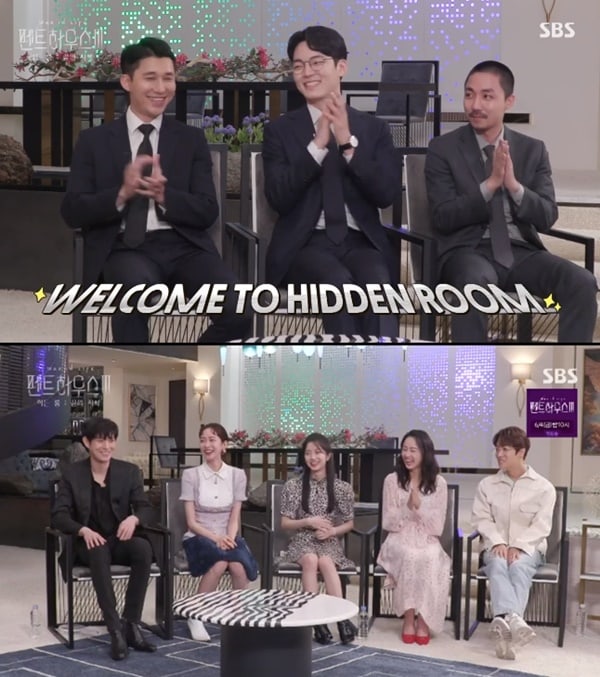 Han Ji Hyun also talked about her foot acting in the drama. She especially had a lot of scenes where her feet would appear, and when asked if she paid a lot of attention to them, she said, “It was the director’s idea. He wondered how it would be if I rebelliously put my feet up.” The actress admitted that the director’s sudden request made her paint her toenails before filming.

Then she talked about falling into the water during the golfing scene. She said, “After I fell in, Kim Young Dae hastened in to save me.” Kim Young Dae added, “I couldn’t even save her. I slipped.” 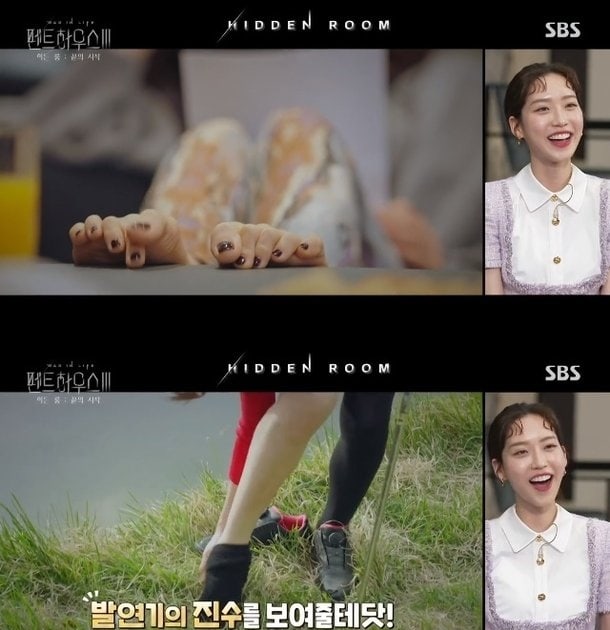 Kim Do Hyun, who plays Chun Seo Jin’s (Kim So Yeon‘s) secretary, also talked about whether his character is in love with Chun Seo Jin or not. He said, “He’s not in love with her at all. He loves her as a person.” 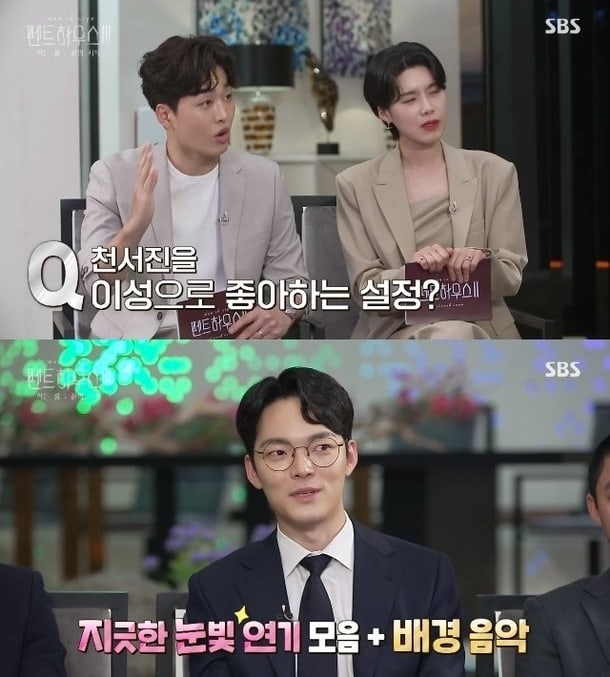 Ahn Yun Hong, who garnered a lot of attention with her role as the mysterious Jin Boon Hong, also appeared in the special video. The actress talked about her character, saying, “She was described as a mysterious figure with no distinction between good and evil.”

In the previous season, Jin Boon Hong seemed to be obsessed with Ha Eun Byul (Choi Ye Bin). Regarding that, Ahn Yun Hong said, “I was curious too. I thought she was just working for Logan Lee (Park Eun Suk), so I wondered, ‘Why is she changing like this?’ I think she might have a heartbreaking past concerning her child. That’s why I think she’s obsessed with Ha Eun Byul. I really want to know as well.”

Ahn Yun Hong hinted, “There will be a twist. Viewers will be shocked.” 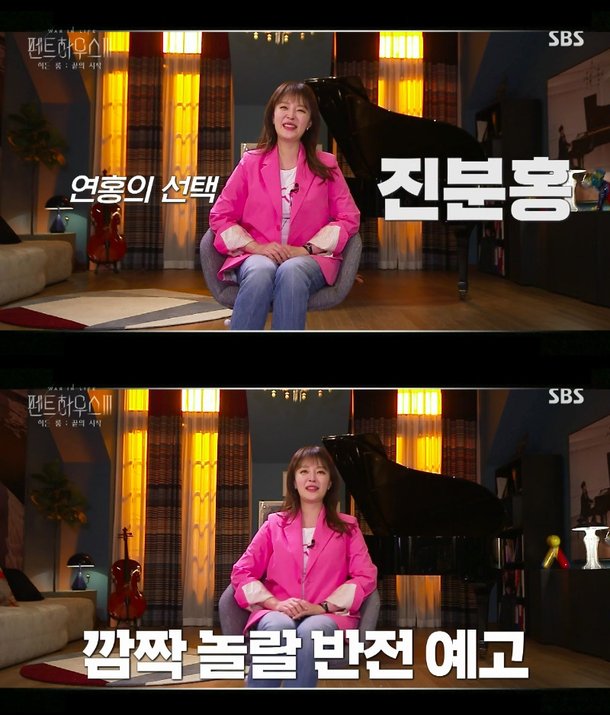 In “The Penthouse 3” On Joo Wan will be playing the role of Joon Gi. He made viewers suspicious when he traveled with Logan Lee on the airplane and in the same car before appearing in front of Shim Soo Ryeon’s (Lee Ji Ah‘s) building. In addition, it was in the brief moment that Joon Gi got out of the car, leaving his bag inside, that Logan Lee’s car exploded.

The actor shared how he came to be included in the third season. He said, “[Uhm] Ki Joon hyung asked me if I wanted to meet writer Kim Soon Ok (who wrote the series) and introduced me to her.”

On Joo Wan continued, “[The writer] said, ‘I wish your character was a hero.’ But I heard from different people that he’s not a hero. I thought he’d destroy evil like the Avengers, but according to the director and what I’m hearing through the grapevine, he’s a villain.”

Then he talked about the explosion with Logan Lee, saying, “There’s no connection between the explosion and Joon Gi. He left his bag and disappeared. His bag could probably be seen, and if there was a bomb in it, why didn’t he get caught before? I don’t think he tried to kill Logan Lee. Then again, nothing is certain in this drama.” 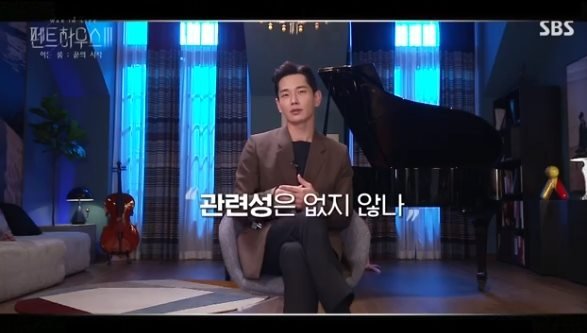 Choi Ye Bin was asked about her parents’ reaction to her acting in “The Penthouse.” She said, “They said people they know talk a lot about the drama and were happy about it. I think the more interest you get, the more careful and humble you should be.”

The actress received a lot of hate comments for her antagonist role in the drama. Concerning that, she said, “I got bad-mouthed a lot. There were many scenes where Ha Eun Byul teased her classmates, so many people who hated her. I was also upset.” 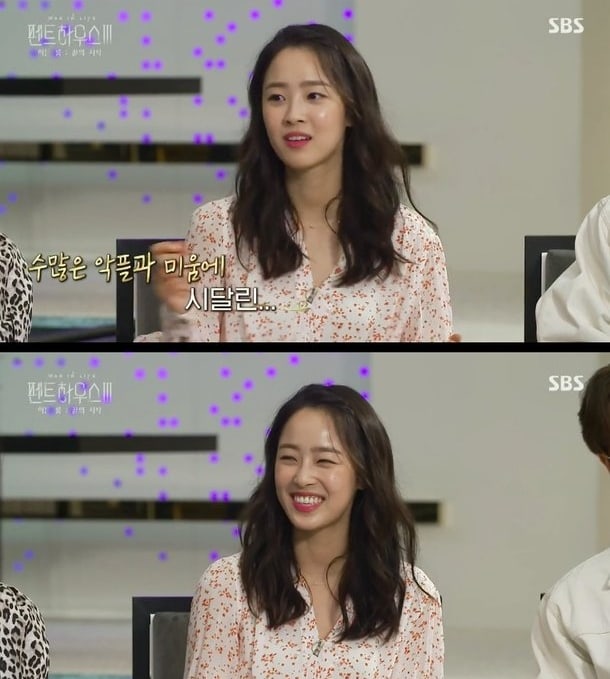 Later, the cast watched the teaser for season three. They all become greatly immersed in the jaw-dropping events that unfolded in the clip, and once it was over, they commented excitedly about how fun it will be.