BTS Drops Teasers For 2 New Remixes Of “Butter” To Celebrate Their No. 1 On Billboard’s Hot 100

In honor of their latest No. 1 on Billboard’s Hot 100, BTS is releasing two new remixes of their hit song “Butter“!

Earlier this week, BTS made history on the Billboard charts as “Butter” debuted at No. 1 on the Hot 100. On June 3, Big Hit Music thanked fans for making the achievement possible and announced that BTS would be dropping two new versions of “Butter” in celebration.

The agency stated, “Your support for ‘Butter’ has propelled the song to the top of the Billboard Hot 100 chart. To express our sincerest appreciation for the interest and love you show for the music of BTS, we are releasing two new ‘Butter’ remix songs following the previous unveiling of ‘Butter (Hotter Remix)‘ that combine the hit song with new musical genres.”

Big Hit Music described the upcoming remixes by stating, “‘Butter (Sweeter Remix)’ infuses R&B vibes to the original’s bouncy mood, and the guitar sounds of ‘Butter (Cooler Remix)’ will wash over you like a refreshing breeze.”

The two new remixes will be released on June 4 at 1 p.m. KST.

In the meantime, check out BTS’s colorful new teasers for their “Sweeter” and “Cooler” remixes of “Butter” below! 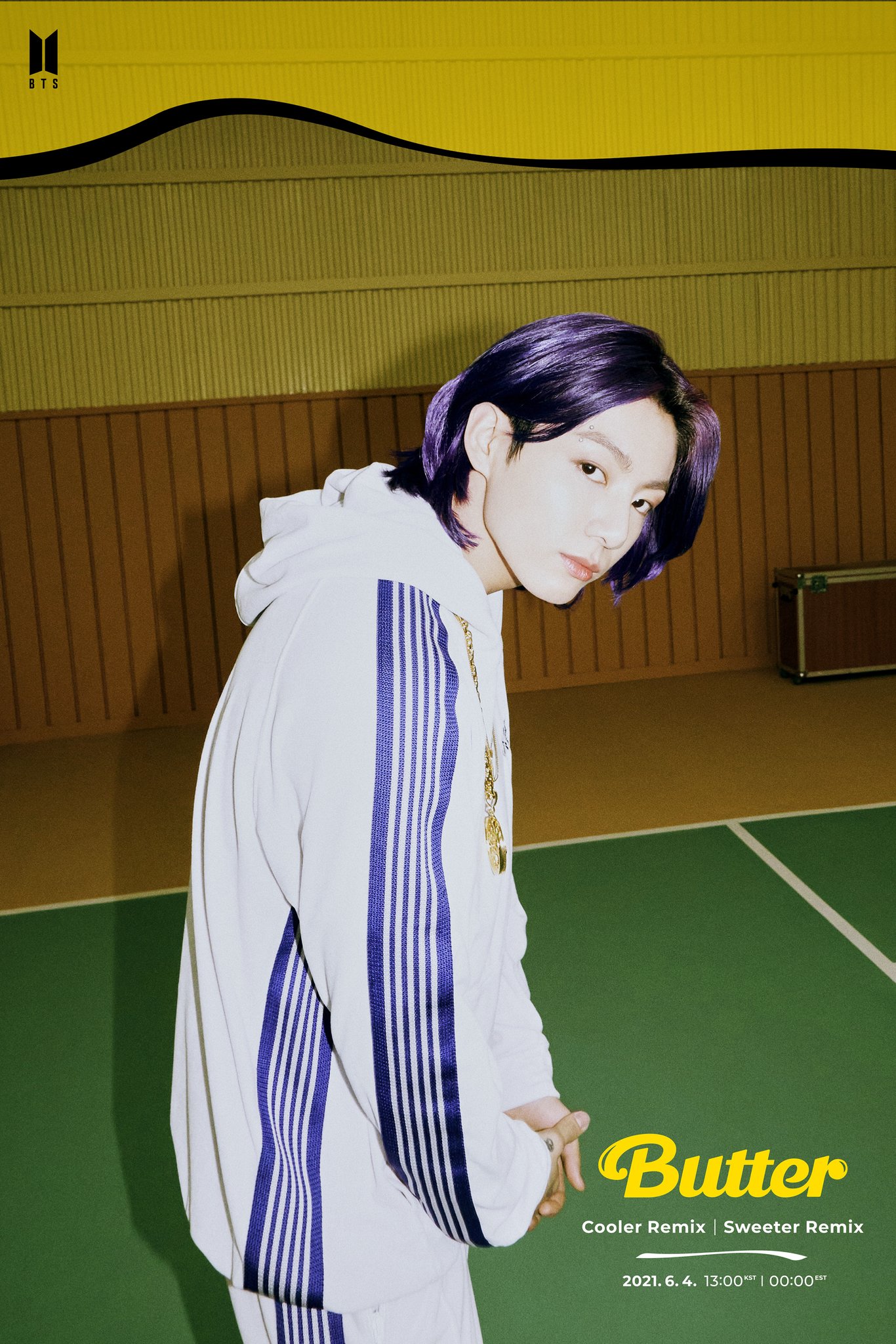 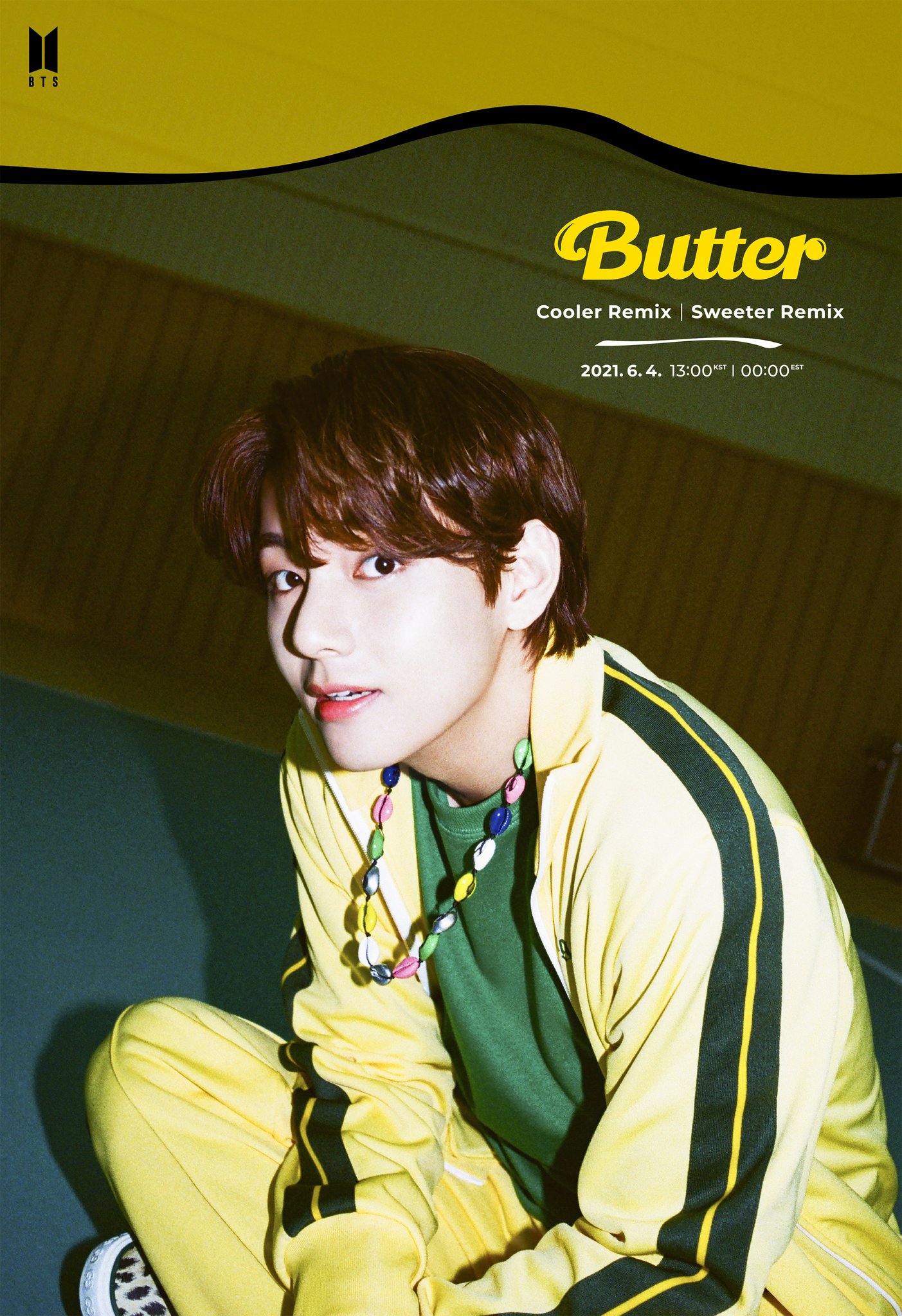 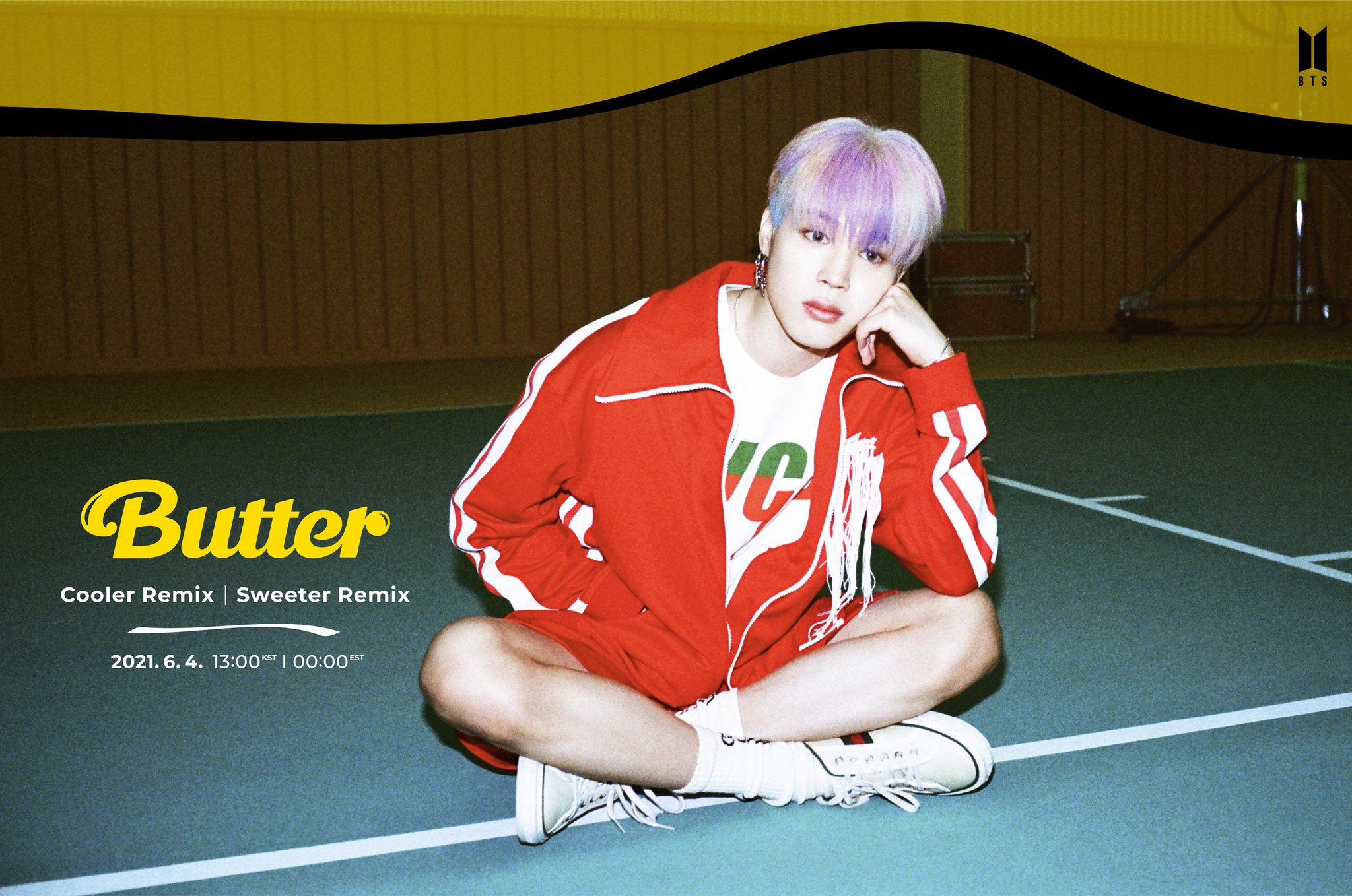 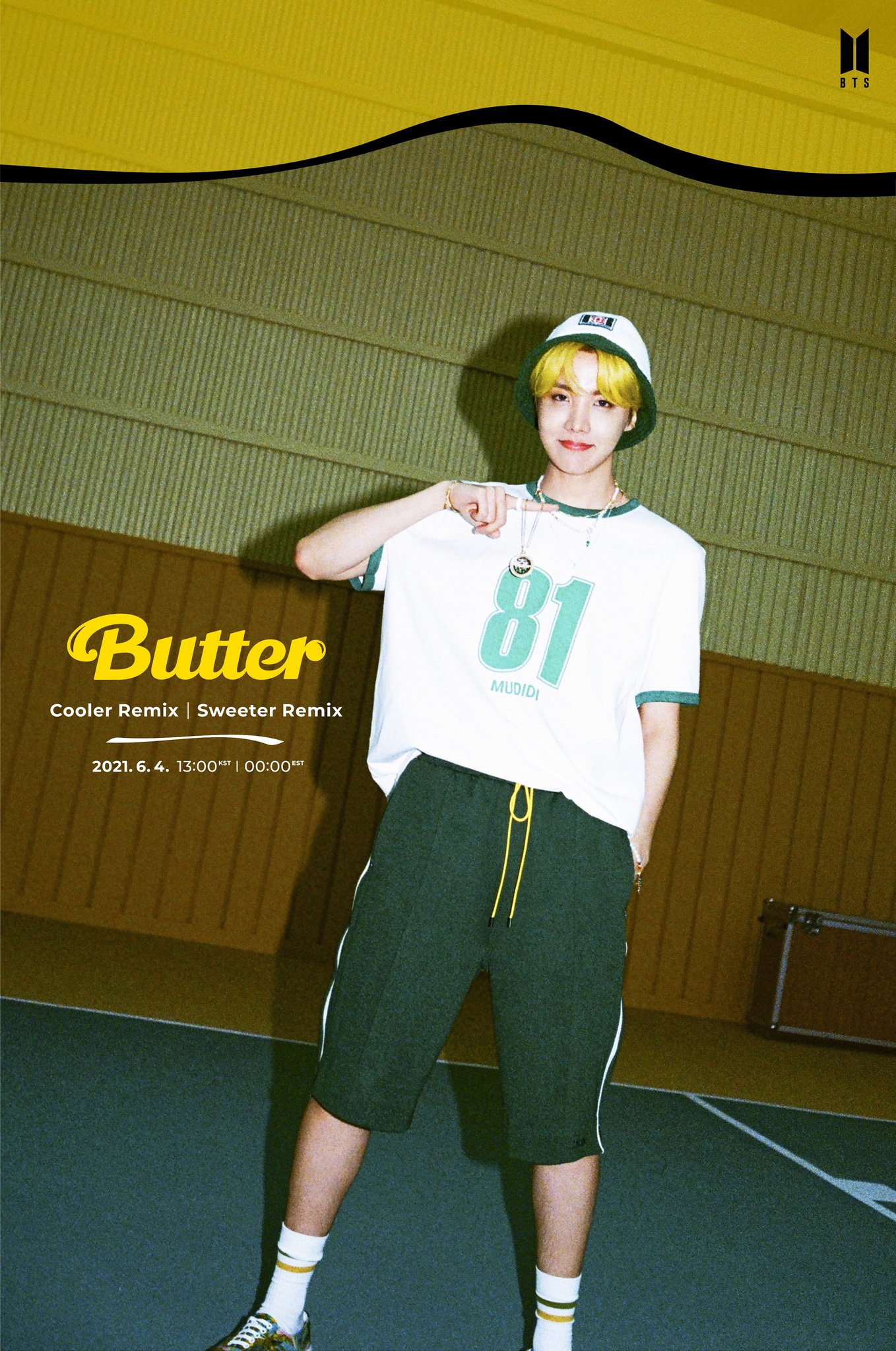 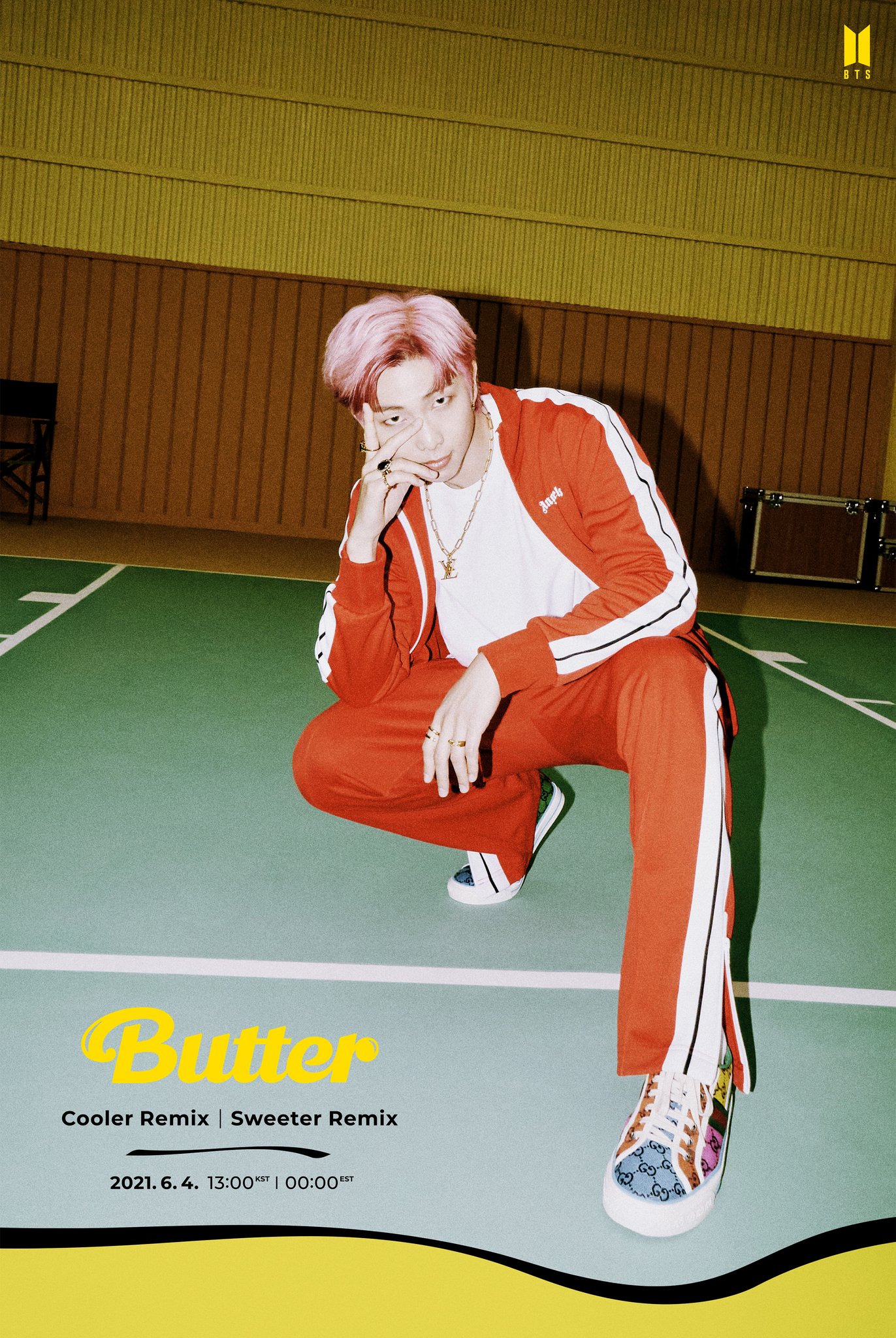 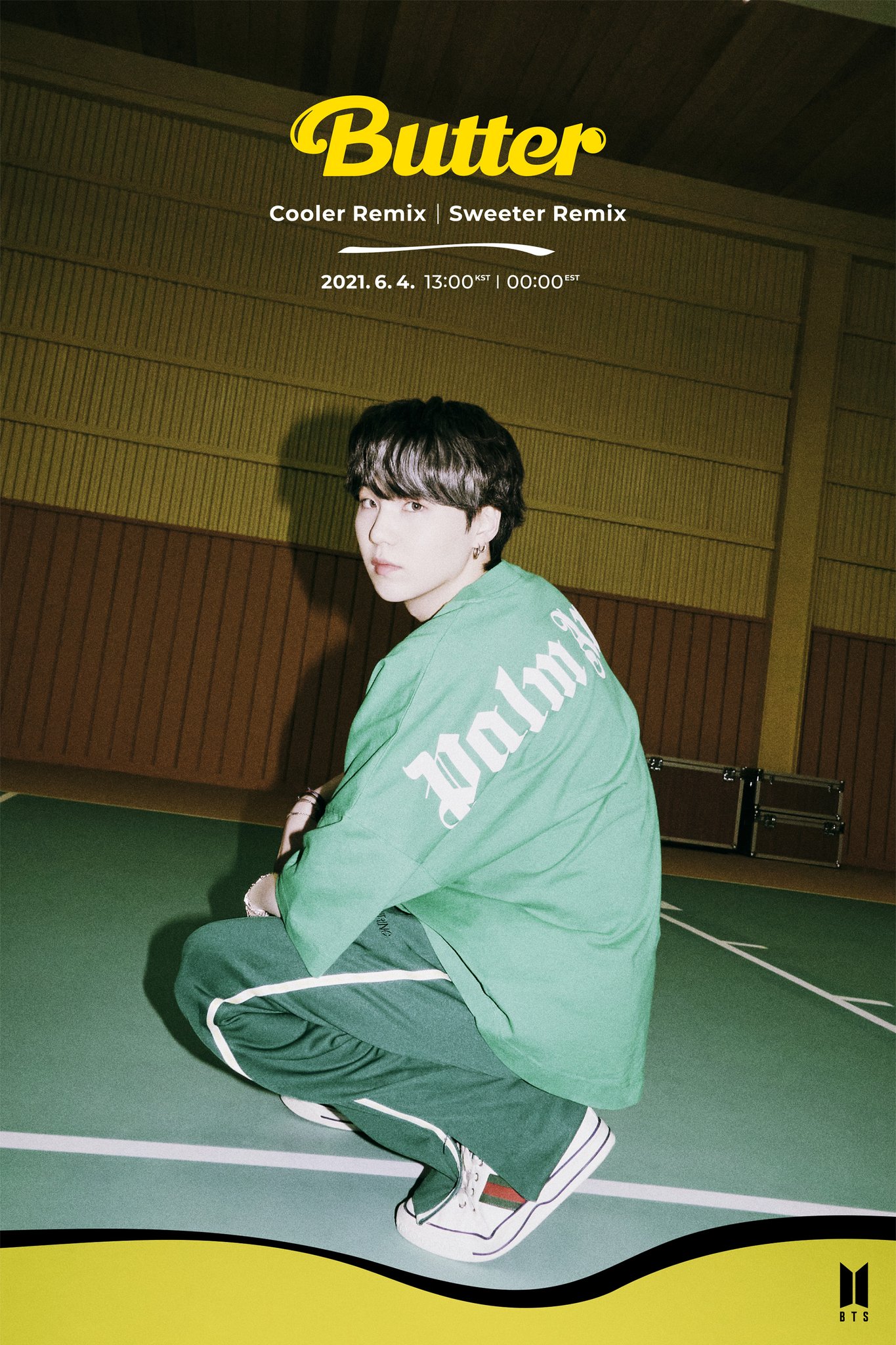 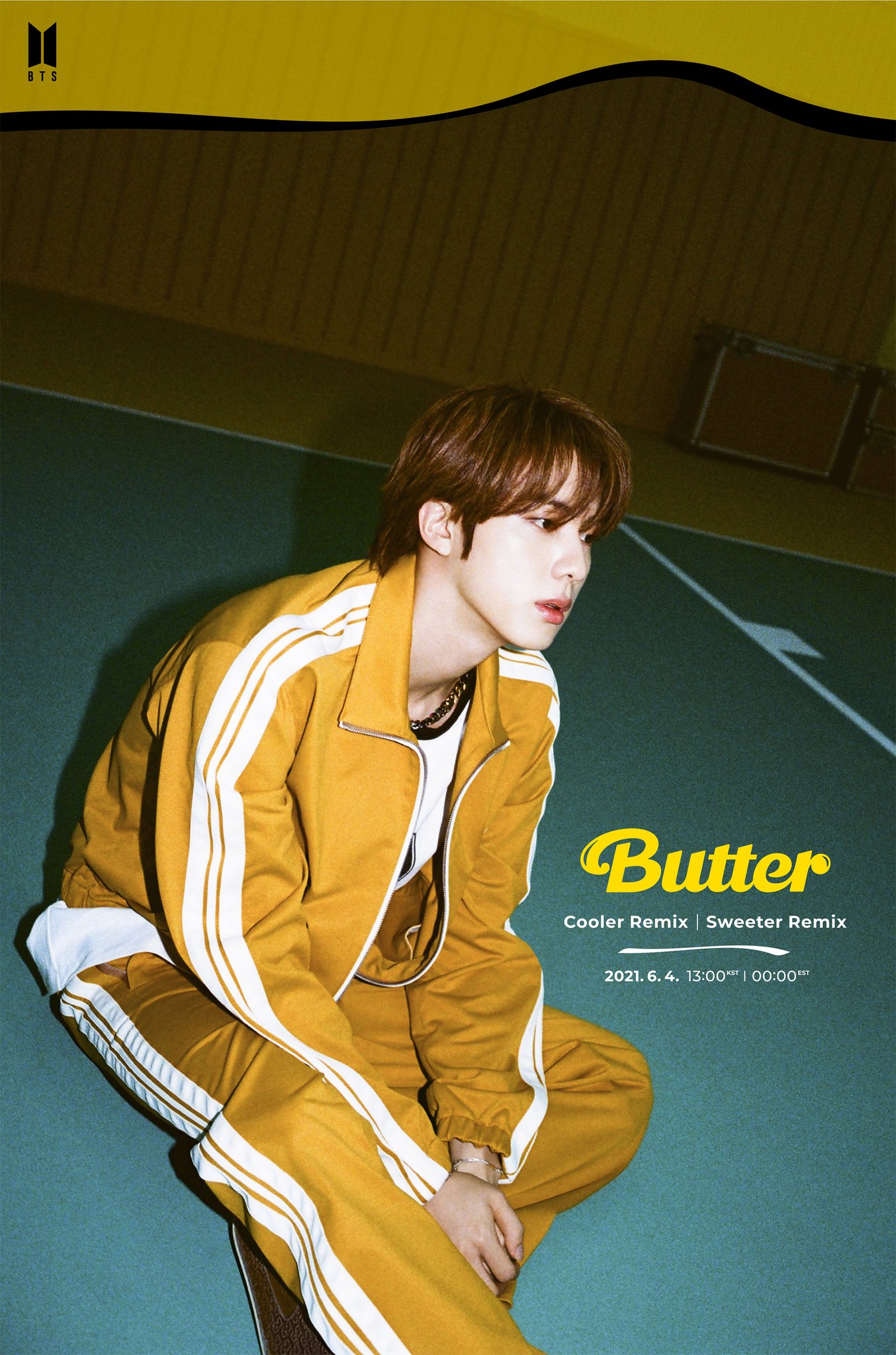 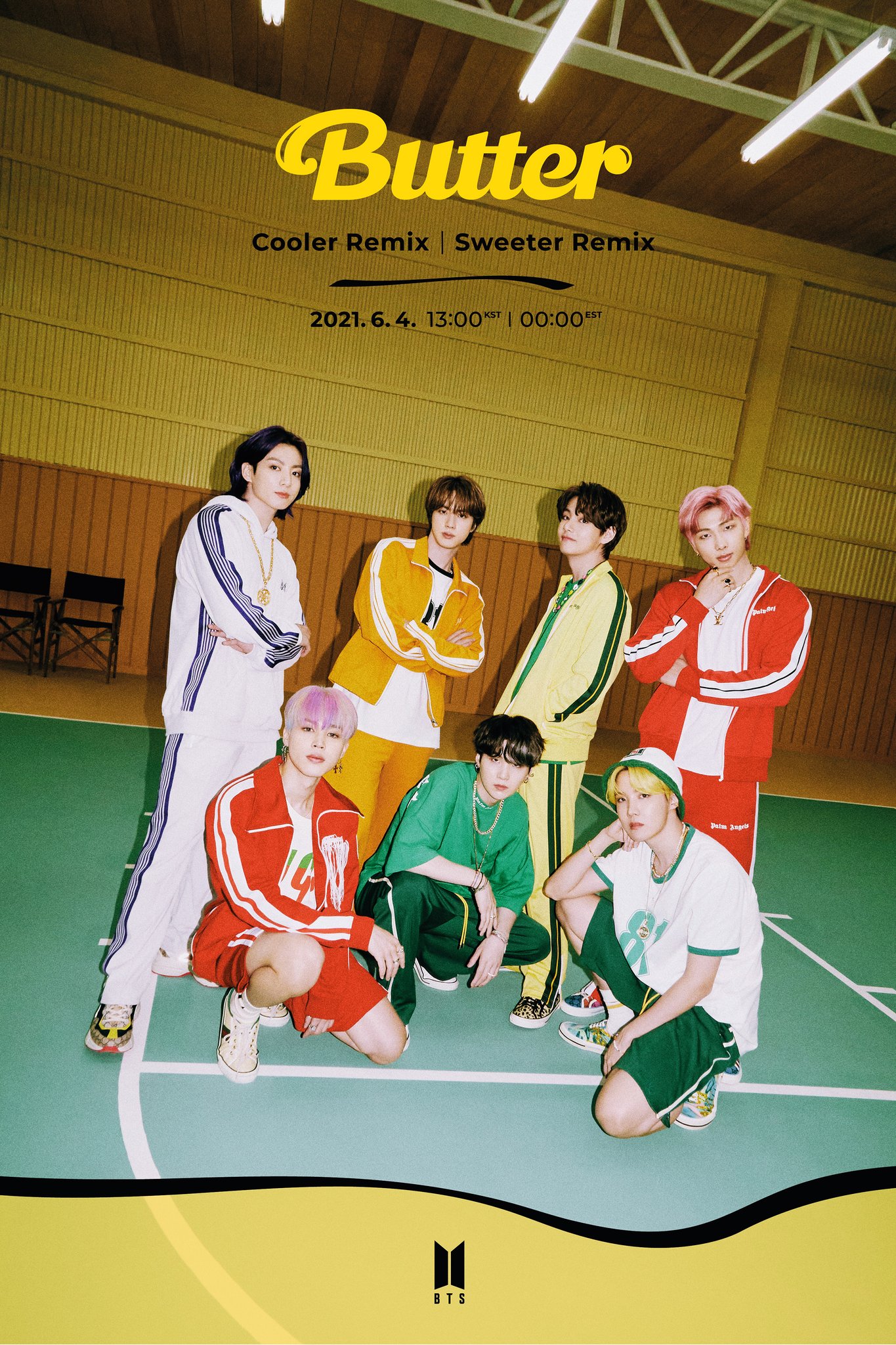