“Court Lady” is a newly released costume drama set in China’s Tang dynasty (618-917). It depicts the love story of two fictional characters, Sheng Chu Mu (Xu Kai) and Fu Rou (Li Yi Tong). As the eldest son of a prestigious family that achieved great military merits, Sheng Chu Mu has grown up being pampered and only knows how to enjoy himself. He’s earned himself the title of biggest playboy of Chang’an (Tang dynasty’s capital), and after getting into trouble once again, he follows a friend to Guangzhou. There he meets the daughter of a local merchant, Fu Rou, and immediately falls for her outstanding beauty.

The first set of episodes focus on Sheng Chu Mu trying to win Fu Rou’s heart. They’re quite comedic and a true delight to watch. But “Court Lady” isn’t a romantic comedy. After confirming their love for each other, Chu Mu and Fu Rou have to face countless obstacles and trials. While Chu Mu becomes a general and ends up going to war, Fu Rou is appointed as a court lady in charge of sewing and embroidery. Their romance builds the frame and runs like a golden thread through the story which centers on palace politics and fights for power.

Nonetheless, the drama doesn’t take itself too serious and isn’t as heavy as other palace dramas, nor does it require your full concentration to be able to follow what’s going on. If you’re not in the mood for a pure rom-com but still want something on the lighter side, “Court Lady” is the ideal choice. Let’s take a closer look at five reasons that make this series worth watching.

The graceful yet strong female lead

Fu Rou doesn’t fall outside the norm at first glance. She is neither a female fighter nor a rebellious daredevil, but a well-mannered young lady who excels in sewing and embroidery. What makes her such a strong character, though, is her confidence and intelligence. She clearly knows what she wants for herself and is clever enough to outwit her opponents without using any dirty means. This manifests itself already right at the beginning of the drama when she uses her profound knowledge of the law to get out of an unwanted married life. 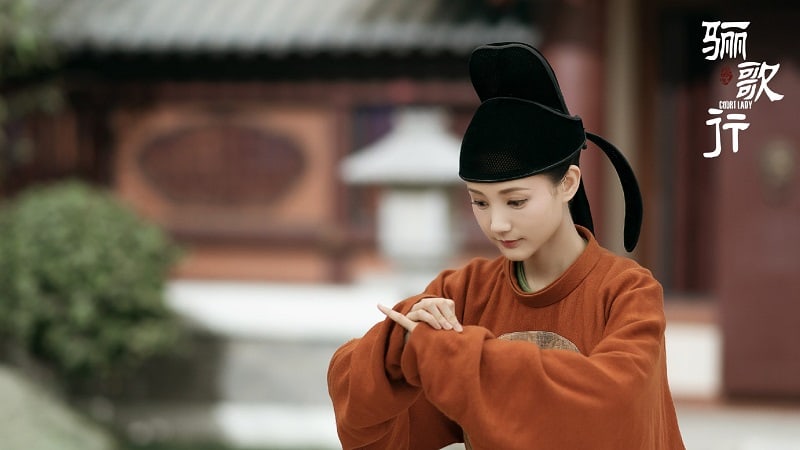 The frivolous male lead who turns out to be a genius

Deserving of the title of Chang’an’s biggest playboy, Sheng Chu Mu uses all kinds of cheap tricks to successfully make women go crazy for him, and it’s simply hilarious! But this proves that he isn’t dumb. Without his high intelligence and quick wits, he wouldn’t be able to come up with so many funny ideas.

This time, though, Chu Mu has to realize that his tricks don’t suffice to win Fu Rou’s heart. Fu Rou, who has high moral standards, lets Chu Mu know that she admires him for his (obviously fake) upright character, and the playboy quickly reaches his limits while trying to keep this farce up. Unwilling to give up, Chu Mu only sees one solution: to become the upright man she wants. As a result, he undergoes training in literature and martial arts, and discovers that he’s actually a prodigy. 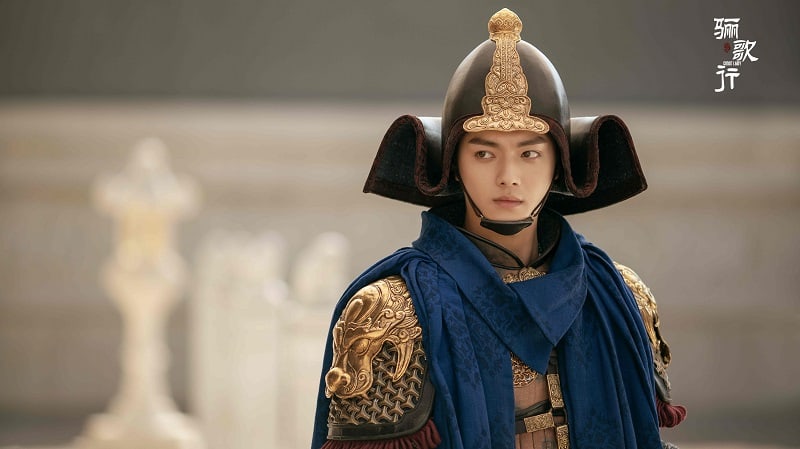 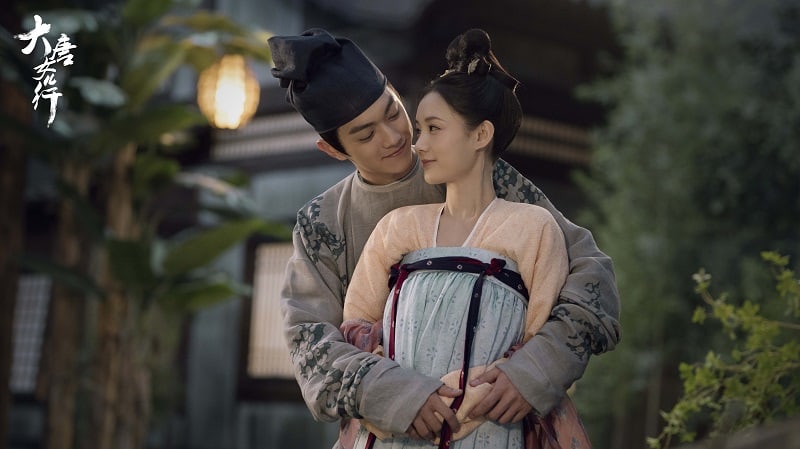 Although the two leads are polar opposites, they complement each other perfectly. While Sheng Chu Mu makes the usually stoic Fu Rou smile with his cheekiness, Fu Rou brings out the best of Chu Mu by becoming his motivation to be a better man. The playboy has definitely met his match, so it’s no wonder that he quickly falls for her for real. His old habits keep coming to the surface, though, and so he tries to steal a kiss from his beloved whenever he can – much to our delight!

As already mentioned above, Sheng Chu Mu’s antics are a real highlight. He also manages to turn usually dramatic situations into comedy, like when his mother is against him marrying Fu Rou. Instead of becoming desperate and accepting this tragic turn of events, he concocts another scheme and declares that he decided to become a monk. Naturally, his mother is flabbergasted and ready to accept anything if that means he’ll change his mind. Thus, Chu Mu wins!

Xu Kai does such a good job at playing the mischievous Sheng Chu Mu that I really wish to see him take on more comedic roles in the future! But Chu Mu isn’t the only funny character “Court Lady” has to offer. His two younger brothers are basically little copies of him, namely Chang’an’s second and third biggest playboys, respectively, and whenever the Sheng family appears on screen, it’s an absolute hoot! 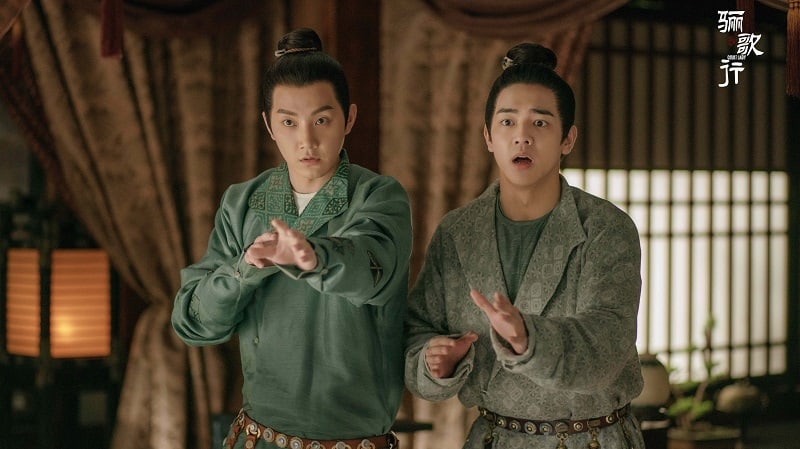 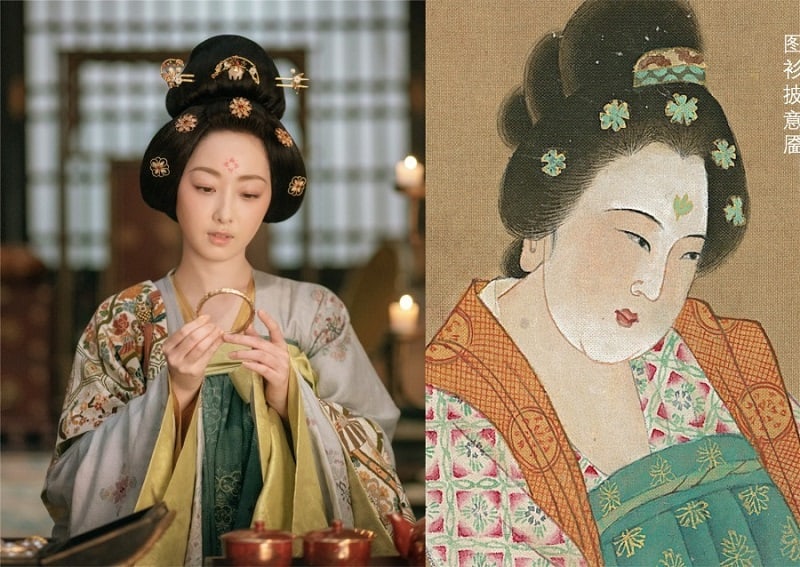 Last but not least, the costumes deserve a special mention. As the production team behind “Court Lady” put importance on showing authentic Tang dynasty culture, over 3,000 costumes were carefully designed with attention to detail and the use of traditional techniques. To create the most authentic look possible, the designers took inspiration from Tang dynasty paintings, such as the paintings on the Dunhuang Murals. “Court Lady” is truly a feast for the eyes!

Hey Soompiers! Have you watched “Court Lady” already? If not, are you planning to watch it? Let us know in the comments below!

Currently watching: “The Rebel,” “My Dear Guardian,” “Mad for Each Other”
All-time favorite dramas: “Ode to Joy,” “Back in Time,” “From Survivor to Healer,” “Move to Heaven,” “Children of Nobody,” “My Ahjussi”
Looking forward to: “The Day of Becoming You,” “Hospital Playlist 2,” “Nevertheless,” “The Devil Judge“