KBS 2TV’s upcoming drama “At a Distance Spring is Green” has shared a new glimpse of the tense dynamic between Park Ji Hoon and Na In Woo!

Based on a popular webtoon, “At a Distance Spring is Green” is a new drama about the realistic struggles of college students facing the harsh realities of a tough world. Park Ji Hoon will star as Yeo Joon, a handsome and popular student from a wealthy family who seems to have it all, but secretly harbors a painful emotional wound. Kang Min Ah will star as Kim So Bin, an ordinary student who works hard, but struggles to achieve the results she longs for.

Na In Woo will be appearing in the drama as Yeo Joon Wan, Yeo Joon’s brilliant and accomplished older brother who holds the titles of “the nation’s youngest person ever to receive his doctorate” and “youngest full professor.”

On June 5, the upcoming drama unveiled a new sneak peek of the complex relationship between the two brothers. As polar opposites, Yeo Joon and Yeo Joon Wan inspire a complicated array of mixed feelings in one another, from love and hate to insecurity and pity.

The newly released stills capture an emotional Yeo Joon staring at Yeo Joon Wan with tears in his eyes, while his far more poised older brother gazes calmly back at him. The contrast between the two brothers’ expressions hints at the major differences in their personalities, as well as the strained relationship between the duo.

The producers of “At a Distance Spring is Green” teased, “In addition to the drama’s fresh and youthful campus romance, keep an eye on the secret harbored by the two brothers, as well as how the mysterious vibe between them will play out within the story.” 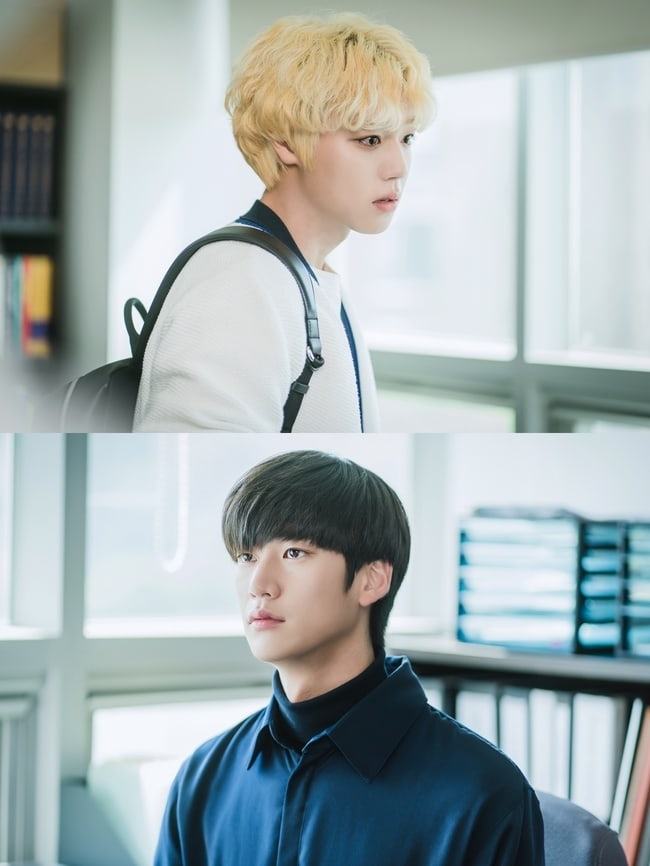