Upcoming sitcom “So Not Worth It” has shared its main teaser and poster!

“So Not Worth It” is a sitcom about a multinational group of students who live together in a university dorm in Seoul. The show is led by the producers of the famous “Nonstop” series and “High Kick” series.

Park Se Wan will play the role of Se Wan, a teaching assistant in charge of managing the dorm who fines students and keeps the money for herself. Shin Hyun Seung will play the role of Jamie, a handsome new student at the dorm from the United States who is loved by the female students. GOT7’s Youngjae will play Sam, the son of the president of a tteokbokki global food chain who grew up in Australia. Although he’s a prankster and is always bluffing, he’s someone you can’t help but love. (G)I-DLE’s Minnie will play Minnie, a student from Thailand who can even speak in North Korean dialect from watching Korean dramas. Han Hyun Min will play Hyun Min, a Korean who pretends to be a foreigner in order to live in the international dorm.

They are joined by the phony and “weirdo” Hans (Joakim Bjoern) from Sweden, the grouchy Carson (Carson Allen) who patronizes others like an “old fart,” and the show-off playboy Terris (Terris Brown). Viewers can’t help but look forward to the dynamic story of these international students who speak Korean even better than Koreans. The official trailer teases the chaotic days and unexpected excitement the characters go through. These college students think it’s “so not worth it,” but they still live every day with energy. The newly revealed main poster features the eight sitcom newcomers looking ready for another crazy day.

Check out the poster and teaser with English subtitles below! 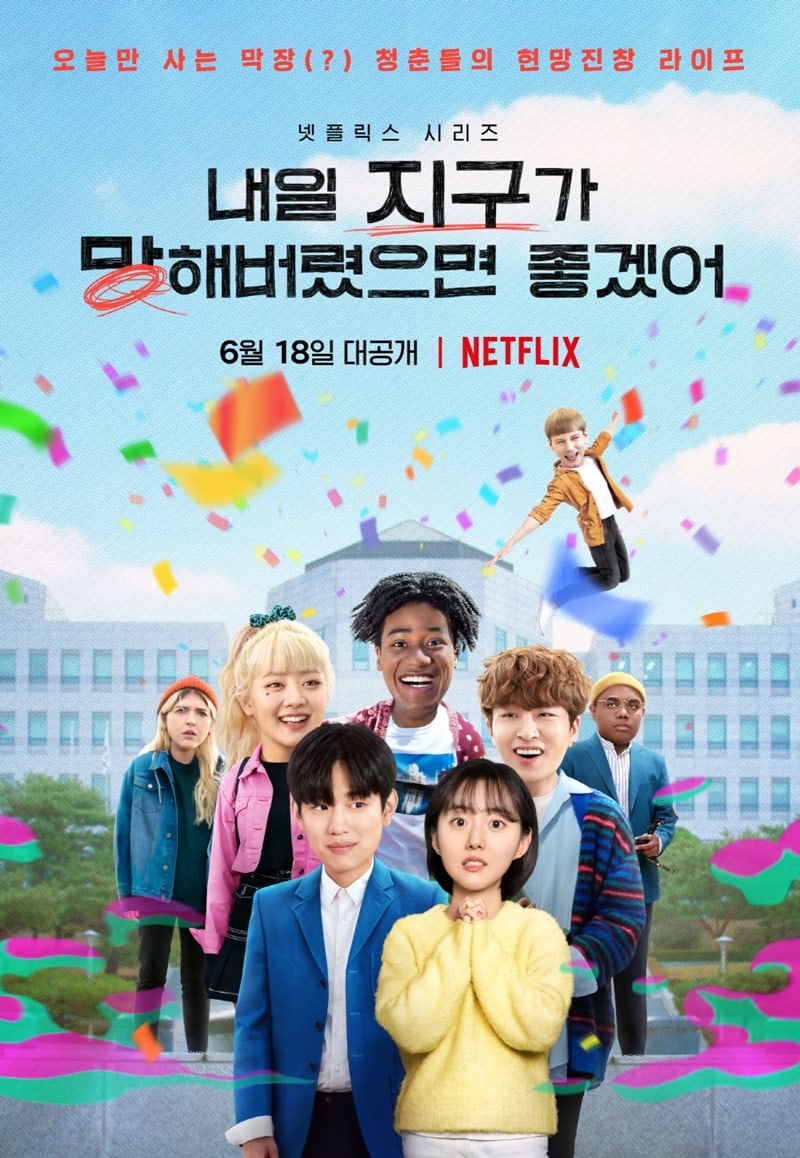 “So Not Worth It” will be released on June 18 on Netflix.

(G)I-DLE
Youngjae (GOT7)
Park Se Wan
Han Hyun Min
Minnie
Shin Hyun Seung
So Not Worth It
How does this article make you feel?