“So I Married the Anti-Fan” shared preview stills of Girls’ Generation’s Sooyoung and 2PM’s Chansung.

Previously, JJ (Chansung) became curious about Who Joon’s ring while he was secretly investigating him. When Lee Geun Young came by his office, she saw a photo of the ring on his desk and commented that it was the one she had picked up in Japan. JJ lied to Lee Geun Young that the ring was his.

New stills reveal Lee Geun Yong and JJ having a talk. Lee Geun Young has a look of disappointment and resentment towards JJ in her eyes, while JJ is unable to look at Lee Geun Young. She then looks at JJ with a stern face, suggesting that their friendship is at danger of breaking. 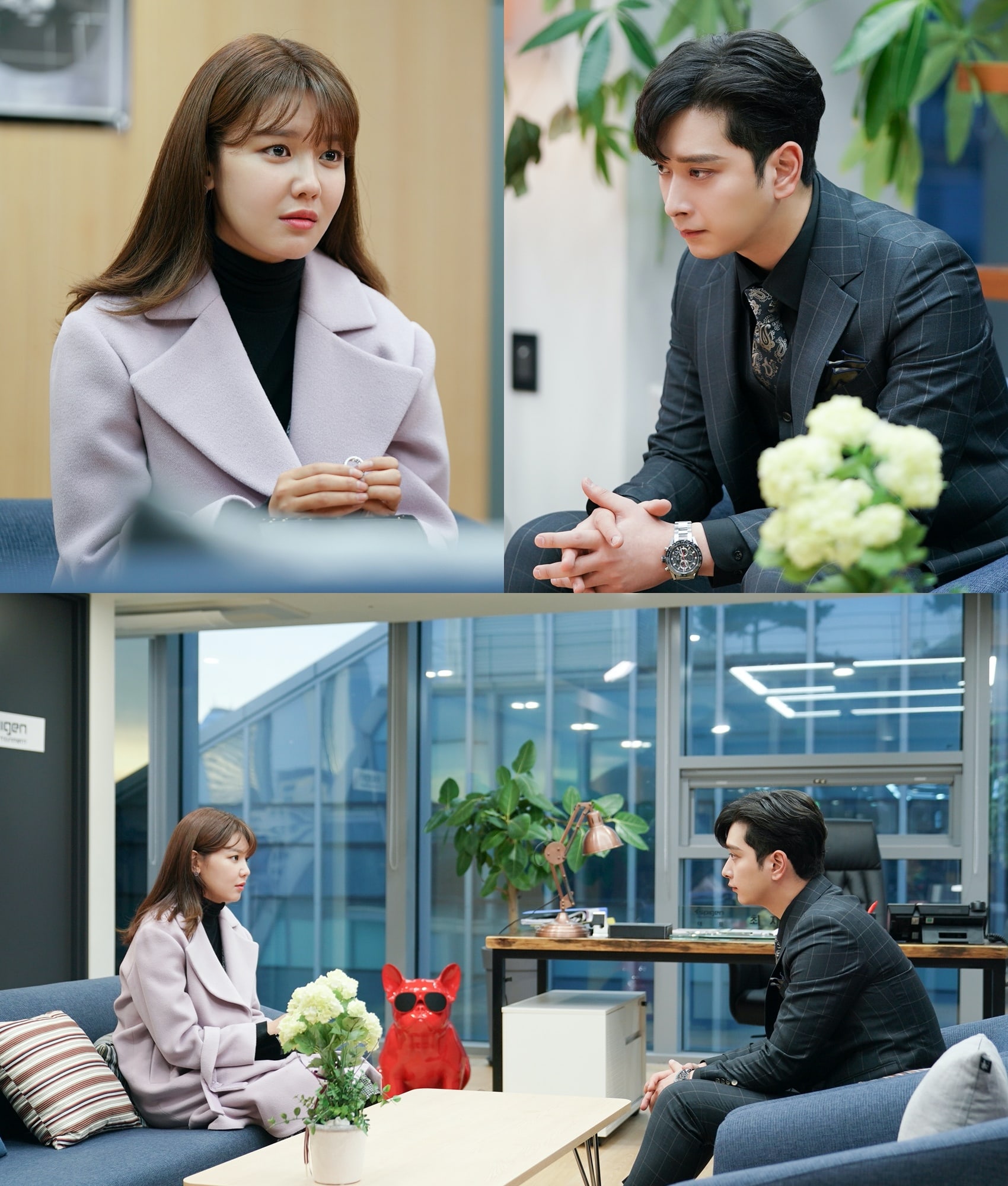 After Lee Geun Young leaves, JJ follows her out and catches Lee Geun Young and Who Joon in an embrace. Viewers are left wondering what will happen now that he has found Who Joon’s weak spot.

The producers of the drama shared, “In this week’s episode, Lee Geun Young will open up to JJ about her true thoughts after finding out about JJ’s lie. Although she was friends with JJ, Lee Geun Young had felt that something was off about him. Please pay attention the the changes that take place when she gets angry at him for the first time.”

New episodes of “So I Married the Anti-Fan” are released on Fridays and Saturdays at 6 p.m. KST.

Girls' Generation
Choi Tae Joon
2PM
Chansung
Sooyoung
So I Married the Anti-Fan
How does this article make you feel?