Key Points To Anticipate In 2nd Half Of “Mine”

tvN’s “Mine” has already reached its halfway point!

“Mine” is a drama about strong and ambitious women who overcome society’s prejudices to discover what is truly theirs. Lee Bo Young stars as Seo Hee Soo, a former top actress and the wife of the second son of the chaebol family Hyowon Group. Kim Seo Hyung stars as Jung Seo Hyun, the elegant and well-born wife of the eldest son of Hyowon Group.

The drama is leaving a lasting impression on viewers each week with its shocking episode endings. Below are the key points to pay attention to as you enjoy the second act of the show.

The truth behind the murder that took place in Hyowon Group’s residence will be revealed. Seo Hee Soo, who believed Han Ji Yong (Kim Hyun Wook) was her soulmate, lost all faith in him, and Jung Seo Hyun is also at odds with Han Ji Yong.

Meanwhile, Han Soo Hyuk (Cha Hak Yeon) broke his engagement and chose his true love Kim Yoo Yeon (Jung Yi Seo). Viewers are making their guesses about who was murdered amidst the complicated relationships and conflicts tainting the Hyowon Group family. In the previous episode, Seo Hee Soo opened her eyes after losing consciousness at the scene of the murder and suggested that there was someone else there in front of her.

As many theories are being raised, the producers shared, “Episode 9 tonight (June 5) will reveal who was murdered. Please keep watching until the end.”

The change in Seo Hee Soo, who suffered a miscarriage due to her husband Han Ji Yong’s betrayal, is another important aspect to focus on. Seo Hee Soo had a positive and warm view of humans throughout her life until the loss of her child caused her heart to freeze over. She is quietly preparing for destructive revenge against the people who hurt her.

She and Han Ha Joon (Jung Hyun Joon) are coming up with a plan to leave the Hyowon family, but blocking her way is Kang Ja Kyung (Ok Ja Yeon), who is also trying to get her son back like Seo Hee Soo. Nonetheless, Seo Hee Soo refused to back off and warned Kang Ja Kyung, “Don’t mess with me. If anyone takes what’s mine away, I’ll kill them no matter who it is.” The conflict between the two women will only escalate further in the second half of the drama. 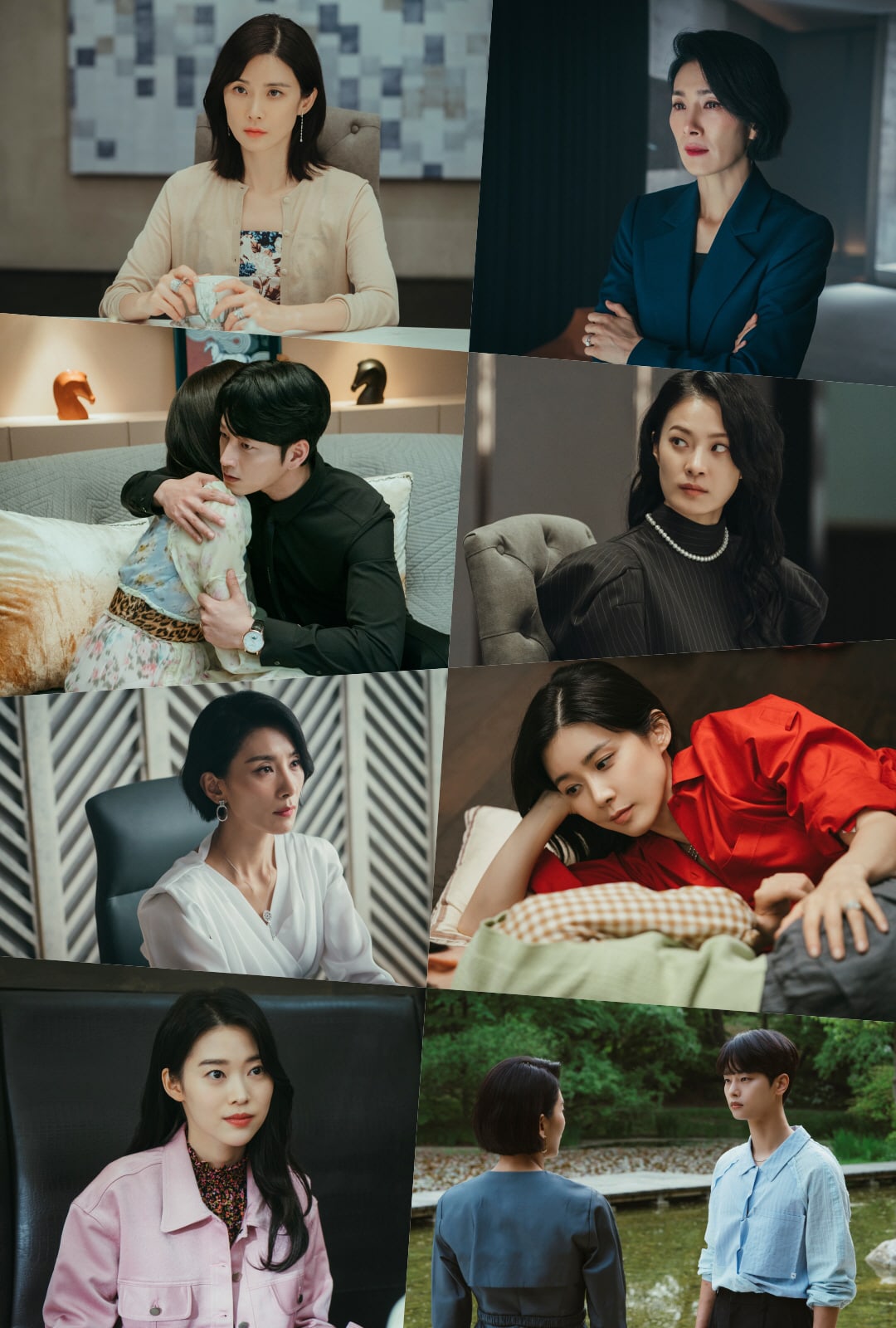 Lastly, there is keen interest on the choices Jung Seo Hyun will make. Jung Seo Hyun initially believed she was the player controlling the chess board that is the Hyowon Group family, but it turned out that she was only a chess piece like the others. She had locked away her emotions for the sake of social acknowledgement and dignity as a member of the upper class, but when she saw a young boy’s painting of an elephant, she realized that it was not a wall that had locked her up, but the mere thought that she was locked up that had confined her.

While speaking to Nun Emma, Jung Seo Hyun stated that she would make the same choices she made in the past even if she could change them. Jung Seo Hyun was someone who had everything besides what was “her own.” Her son Han Soo Hyuk was unhappy even when he was given everything, so he gave up on his marriage of convenience and his glamorous life and chose Kim Yoo Yeon as what is “his own.” Han Soo Hyuk’s reckless and brash decision had an influence on Jung Seo Hyun’s values as well, and she began to break out of her shell. What other decisions will she have to make from now on?

The second half of “Mine” will be filled with deeper suspense, and there is keen interest on how the tightly tangled relationships between the characters will be unraveled.

Watch Lee Bo Young in “When My Love Blooms“…

…and Kim Seo Hyung in “Nobody Knows“: