tvN’s “Doom at Your Service” has been keeping viewers on the edge of their seats with the exciting—and swoon-worthy—endings to each of its episodes!

“Doom at Your Service” is a fantasy romance drama about the love story between a supernatural being named Myul Mang, who causes everything he touches to vanish (played by Seo In Guk), and a woman named Tak Dong Myung, who puts her life on the line to avoid her fate (played by Park Bo Young).

In the first weeks of its run, the drama has managed to wrap up each of its episodes with an ending that not only made viewers’ hearts flutter, but also left them dying to find out what would happen next.

Here are four of the most memorable episode endings from “Doom at Your Service” thus far:

After hastily forging a contract with Myul Mang, Tak Dong Kyung learned that if she didn’t fulfill her end of the deal by wishing for the ruin of the world before her 100 days were up, the person she loved most at that moment in time would die. She then came to the unsettling realization that no matter what she chose, the person she loved most was doomed to die anyway.

At the end of the third episode, when Myul Mang used her fear of death and pain to pressure her, Tak Dong Kyung shot back with a startling declaration: she planned to fall in love with him. “That way, I can live without having to lose anything,” she explained.

However, instead of being taken aback by her proclamation, Myul Mang embraced her as he replied, “Then let’s do it properly. To the point where you’ll want to bring ruin upon the world for me.” 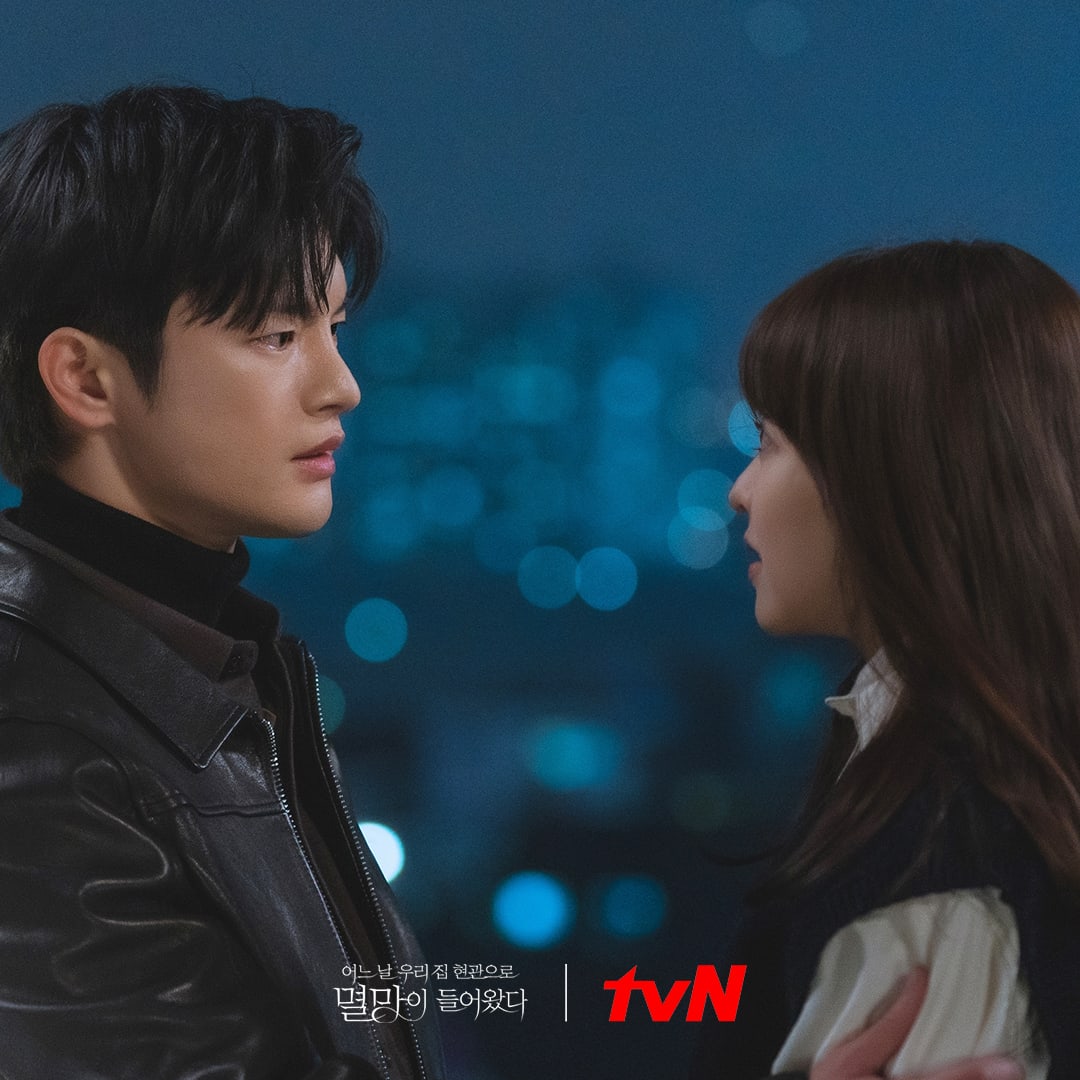 2. Episode 6: A passionate kiss, followed by an unexpected disappearance

By the end of the sixth episode, Myul Mang and Tak Dong Kyung had opened up to each other and started to develop real feelings for one another.

In the pouring rain, Tak Dong Kyung asked Myul Mang, “I want you to love me. Can I use my wish for that?” Although Myul Mang replied, “No,” he then immediately pulled her in for a heart-stopping kiss.

However, the romantic kiss in the rain wasn’t the only surprise in store for viewers: just as the two locked lips, So Nyeo Shin (played by Jung Ji So) whispered to herself about things needing to be reset, and Myul Mang vanished right before Tak Dong Kyung’s eyes. 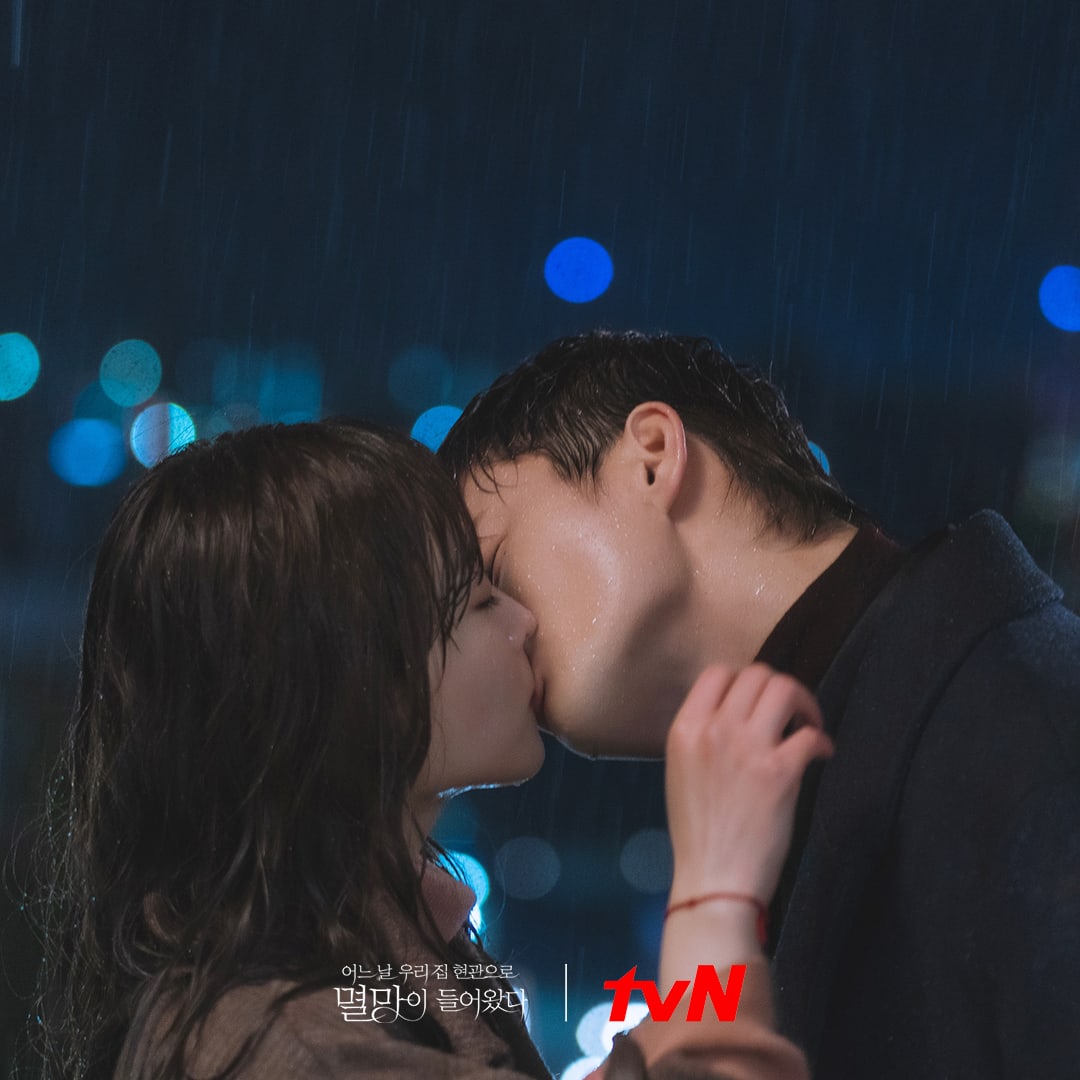 Believing that he had been the reason for all of Tak Dong Kyung’s suffering, Myul Mang resisted the urge to go see her. Although he struggled in vain, he was ultimately overcome by his growing feelings for her, and he wound up seeking her out at the hospital.

As Tak Dong Kyung happily embraced him, she remarked in voice-over, “Sometimes, the faces of misfortune and luck are the same.” 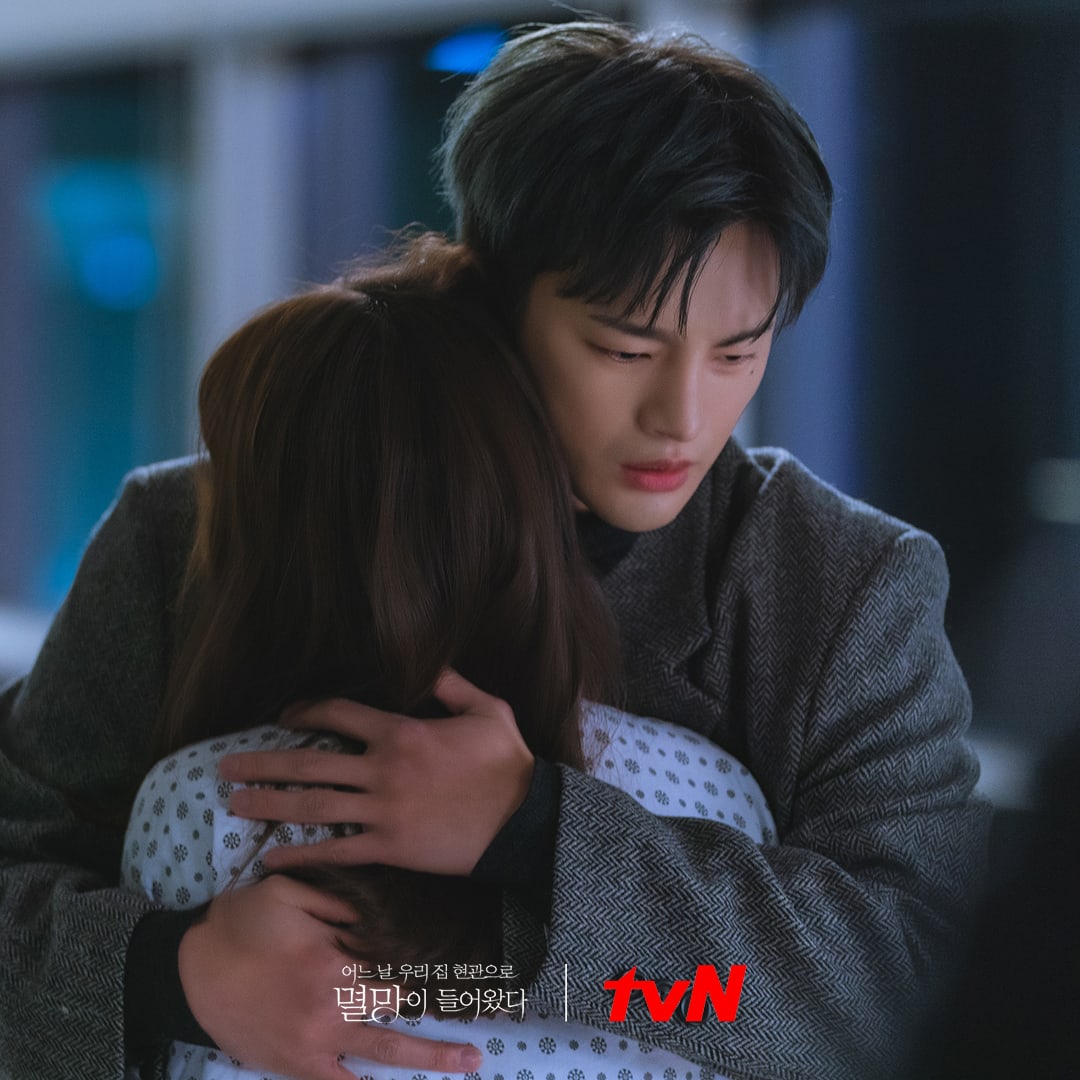 The latest episode of the drama ended with Myul Mang confessing his sincere feelings for Tak Dong Kyung. Revealing that the only thing that mattered to him now was her happiness, Myul Mang urged her to remain alive and live happily in a world without him.

Unconcerned with his own fate, Myul Mang broke viewers’ hearts as he selflessly said, “Tak Dong Kyung, you can like me. Since nothing else matters to me now aside from you, choose yourself and the world.” 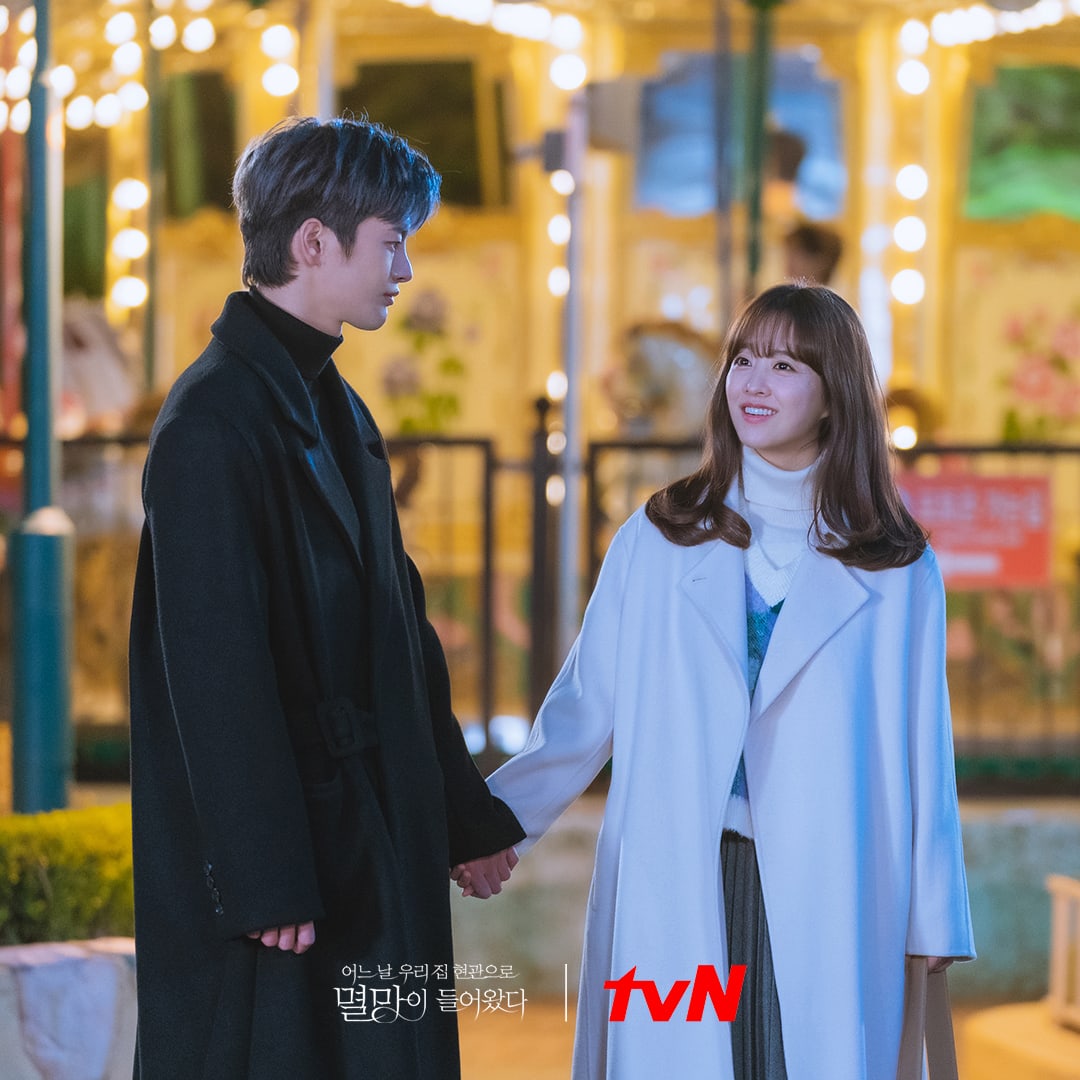 What are your favorite moments from “Doom at Your Service” so far? Share your thoughts with us in the comments below!

While you wait for the next episode, catch up on “Doom at Your Service” with subtitles here: