Jung Il Woo Pulls Yuri In For An Embrace After Reuniting In “Bossam: Steal The Fate”

Jung Il Woo and Yuri will be reuniting in the upcoming episode of MBN’s “Bossam: Steal the Fate”!

After confirming their feelings for one another, Ba Woo and Soo Kyung will finally succeed in reuniting. New stills reveal the pair finding comfort in each other through an embrace. 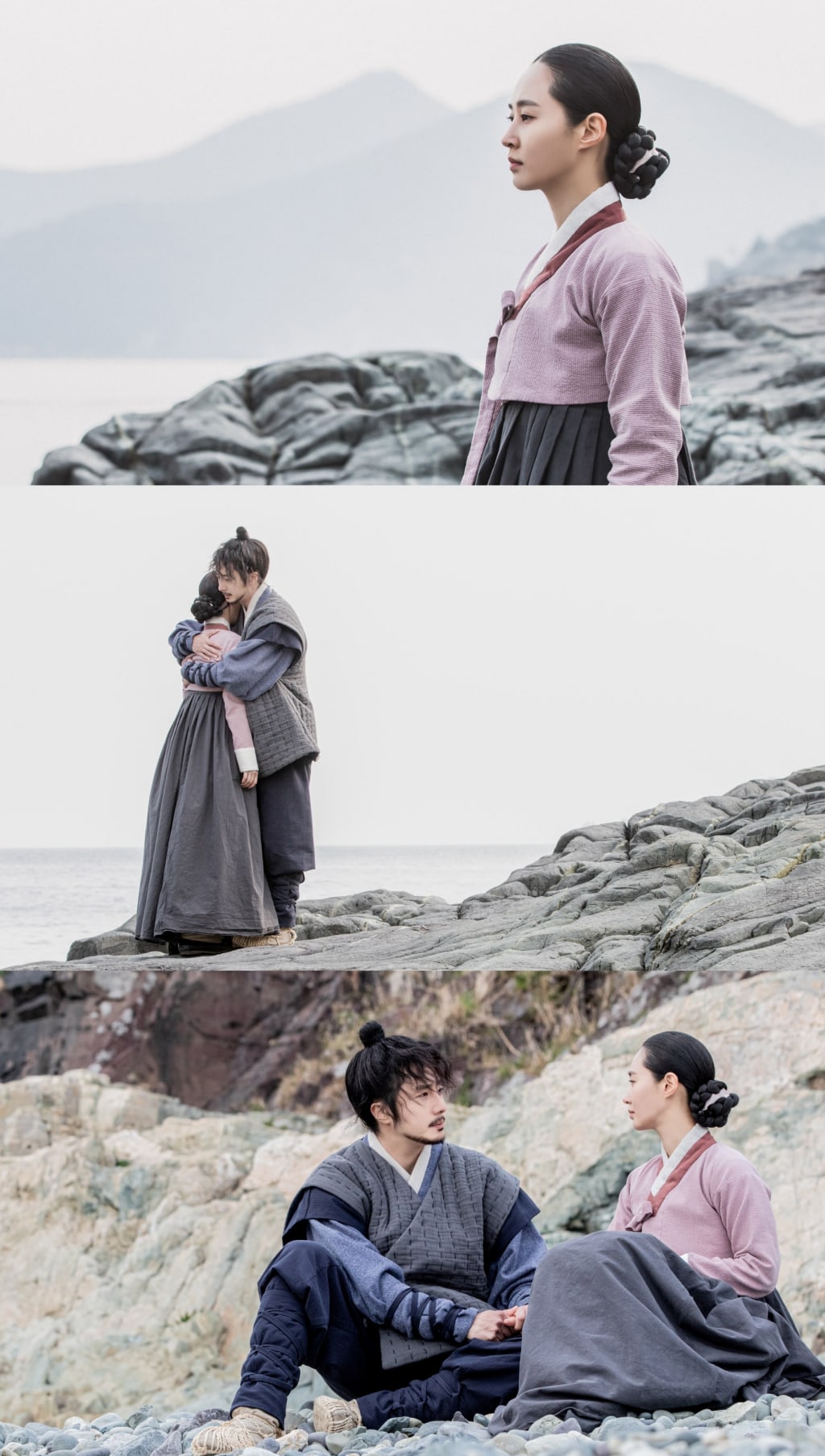 Previously, Soo Kyung did everything she could to save Ba Woo. She climbed into Lee Yi Cheom’s residence to find the ledger of transactions of banned books, and she brought the ledger to Kim Ja Jeom (Yang Hyun Min). By doing this, she was taking the risk of exposing the fact that she was alive, as she was believed to have taken her own life.

Kim Ja Jeom, who lost King Gwanghae’s trust, brought the Left State Councillor to his knees with the ledger that contained a record of Lee Yi Cheom’s wife having seen the banned books. He came up with a plan to turn the tables by restoring the identities of those involved in the Treason Case of 1613. King Gwanghae immediately opened a questioning and observed Lee Yi Cheom’s reaction to seeing Ba Woo’s face.

In the preview shown in the latest episode, King Gwanghae’s new strategy was unveiled. After restoring the statuses of those involved in the Treason Case of 1613, including Kim Je Nam, he said to Ba Woo, “Pass the military service examination and become the sword and shield of the ruling government.” Just when it seemed like Ba Woo would be able to take revenge using his true identity as Kim Dae Seok, King Gwanghae revealed his true motives as he said, “He’s bait. Bait to lure in Lee Yi Cheom.”

MBN shared, “Ba Woo and Soo Kyung, who went as far as revealing their identities in order to save each other, have created another whirlwind of fate. Now that the Woo-Soo couple cherish each other more than their own lives, please keep watching to find out if they will be able to protect their love amidst everything.”