In the previous episode, Lee Gwang Sik (Jeon Hye Bin) and Han Ye Seul (Kim Kyung Nam) affirmed their feelings for one another as they shared a passionate hug in the rain. Lee Gwang Sik had found out by coincidence that Han Ye Seul had paid 50 million won (approximately $45,020) for his divorce. She also heard that Han Ye Seul had given up on a good opportunity in order to stop a physical fight that she had been involved in. Upon hearing all of this, she sought him out and apologized in tears. In the end, Han Ye Seul warmly embraced her, offering his forgiveness.

In the new stills, Lee Gwang Sik and Han Ye Seul rekindle the flame between them as they send loving gazes toward one another. Lee Gwang Sik prepares a meal for Han Ye Seul, who gazes sweetly at her. They can’t hold back the bright smiles on their faces as they converse. When Han Ye Seul sends Lee Gwang Sik a message revealing his inner feelings, she leaves the restaurant, unable to contain her happiness. Viewers are left wondering about the contents of the text message that made her so excited. 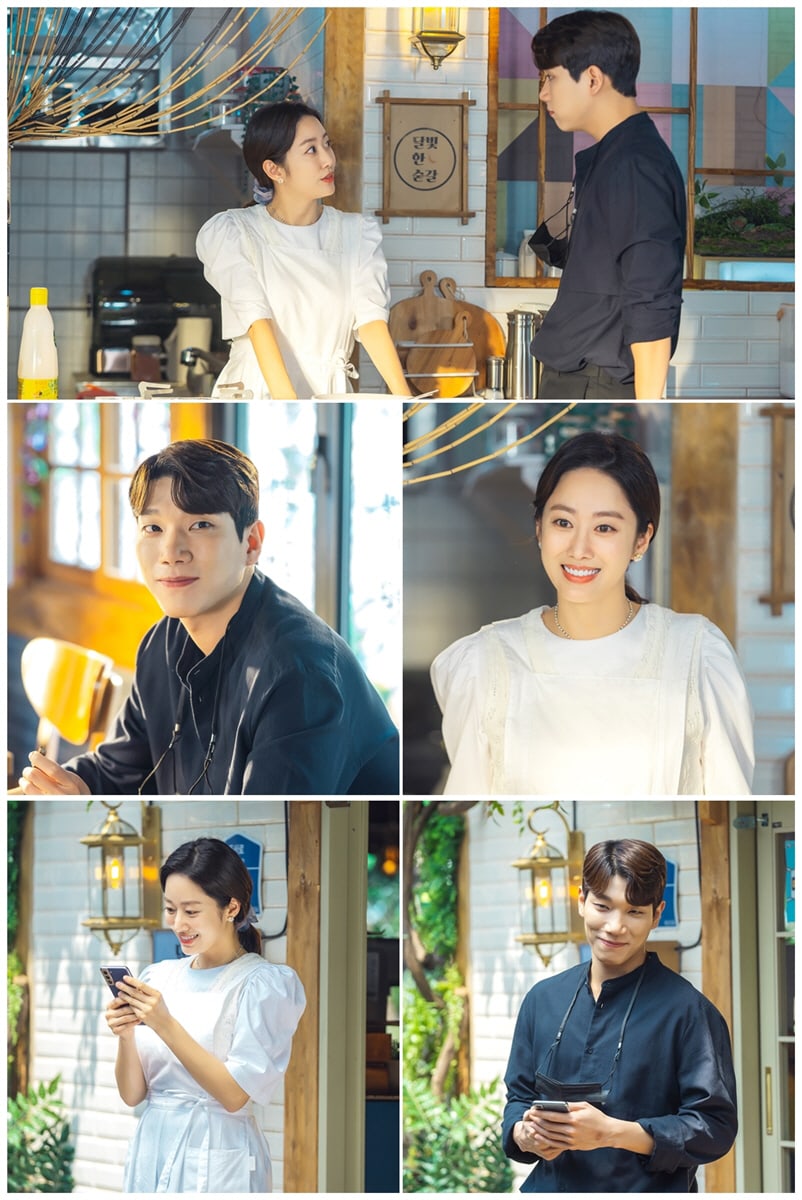 While preparing for the scene, the two actors were said to have become even more friendly with each other. Jeon Hye Bin shared her handheld fan with Kim Kyung Nam to help them both cool down in the heat, and they joked around and created an amicable atmosphere on set.

The drama’s producers commented, “This scene is one where you can see the pair’s affection for each other after their hug in the rain with your own two eyes. Tune in to find out how the two lovers will set out on their romance.”