Go Min Si will be facing off against her onscreen father Kim Won Hae in “Youth of May.”

“Youth of May” is a romance drama about the fateful meeting of medical student Hwang Hee Tae (Lee Do Hyun) and nurse Kim Myung Hee, who fall in love amid the whirlwind events of May 1980, a historically significant time period in South Korea.

In a previous episode, Kim Hyun Chul (Kim Won Hae), Kim Myung Hee’s father, tried to convince his daughter to go back to their hometown. He was concerned because of the dangerous events unfolding in Gwangju after martial law is imposed, but Kim Myung Hee refused to go.

Kim Myung Hee was arguing with her father when she heard the news that Hwang Hee Tae was involved in a traffic accident. He had been hit by a car that had sped up on purpose to collide with him.

In the new stills for the upcoming episode, Kim Myung Hee and Kim Hyun Chul continue their argument. Kim Myung Hee gets emotional while talking to her father and brother, but stays steadfast in her resolve. Even when her little brother, Kim Myung Soo (Jo Yi Hyun), hugs her while crying, she refuses to budge. 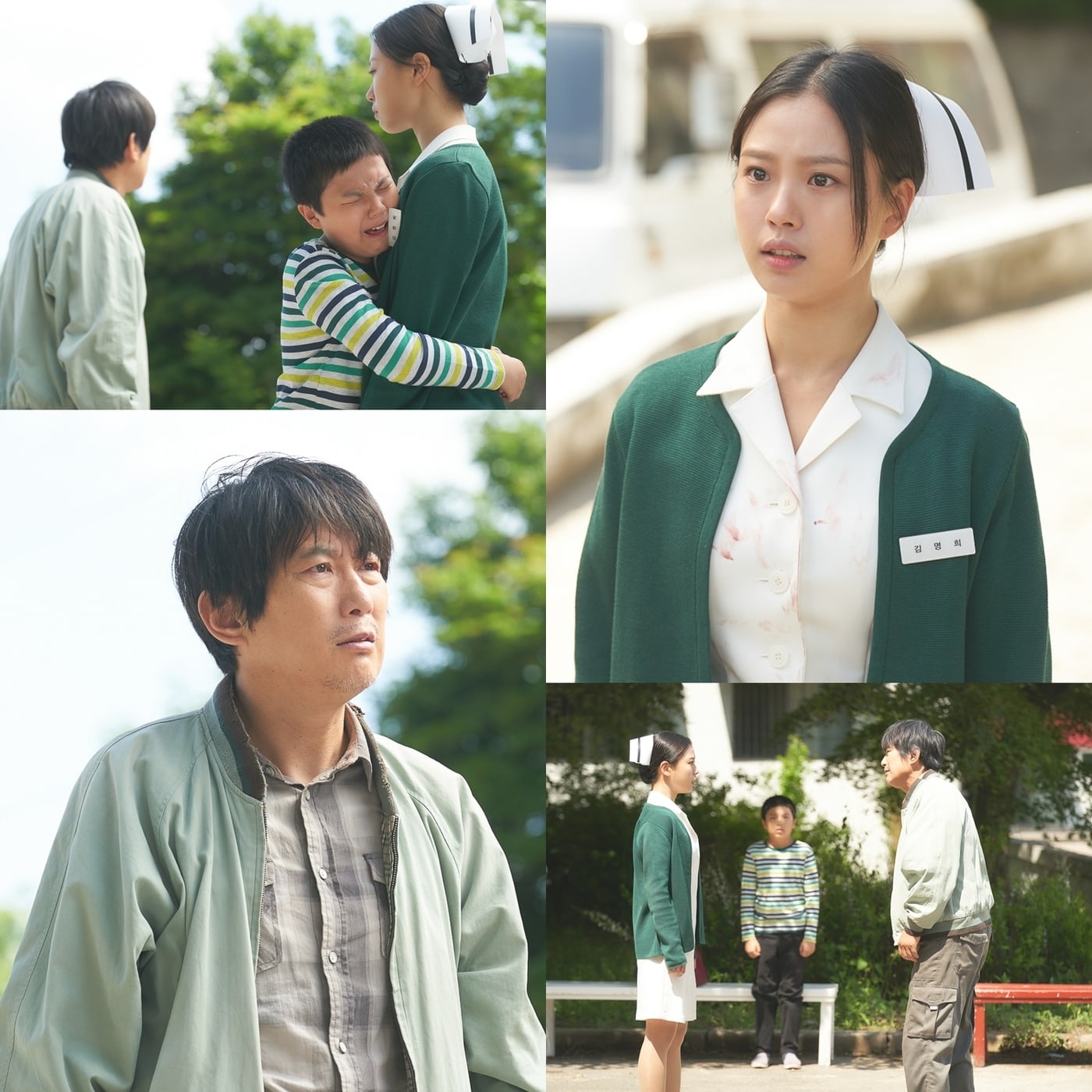 As the blockade that will keep anyone from entering or leaving the center of Gwangju approaches, viewers are curious as to what could have sparked this new conflict between the estranged father and daughter.

Kim Won Hae
Go Min Si
Youth of May
How does this article make you feel?