After making a successful comeback with their new full-length album “The Chaos Chapter: FREEZE” and its title track “0X1=LOVESONG (I Know I Love You),” TXT is gearing up for an exciting second round of promotions!

On June 7 at midnight KST, TXT unveiled a promotion schedule for their English-language track “Magic,” one of the B-sides from “The Chaos Chapter: FREEZE.”

After appearing on the famous U.S. morning talk show “Good Morning America” on June 10 for an interview and live performance of the song, TXT will be releasing a music video for “Magic” on June 11 at 1 p.m. KST.

TXT will also be performing “Magic” on “The Late Late Show with James Corden,” marking their first-ever appearance on the popular American late-night talk show.

Check out TXT’s promotion schedule for “Magic” below! If you haven’t seen it yet, you can also watch their new music video for their title track “0X1=LOVESONG (I Know I Love You)” here. 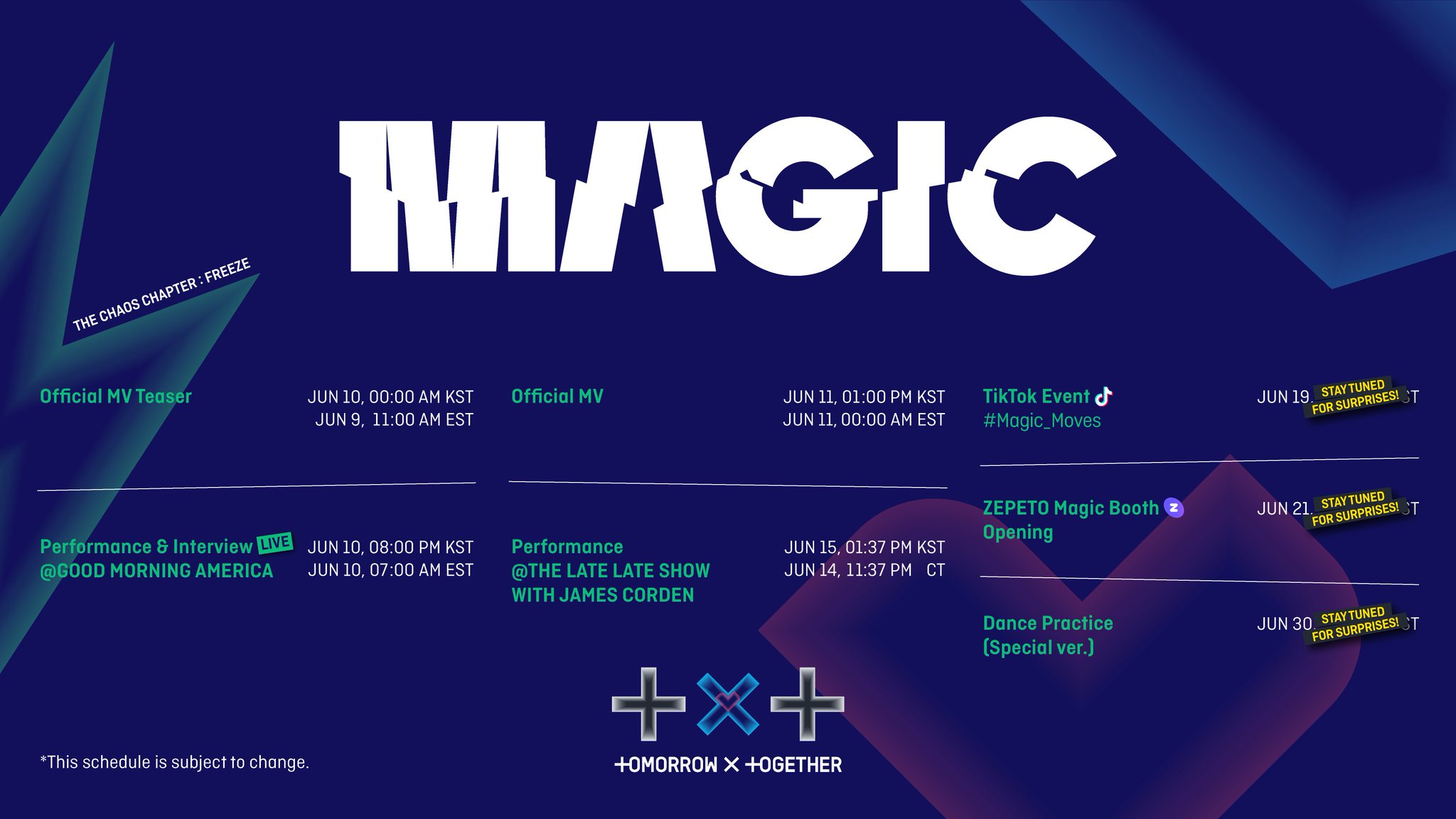