The video starts off with Kim So Yeon, Shin Eun Kyung, and Yoon Joo Hee filming with Jung Young Joo, who plays their cellmate who is at the top of the pyramid. Their rehearsal is filled with discussions, and they pour all their energy into making the scene realistic and interesting. Jung Young Joo, who has starred in various musicals, stunned everyone on the set with her powerful vocals, and she commented, “I never knew I’d sing this song in prison.” 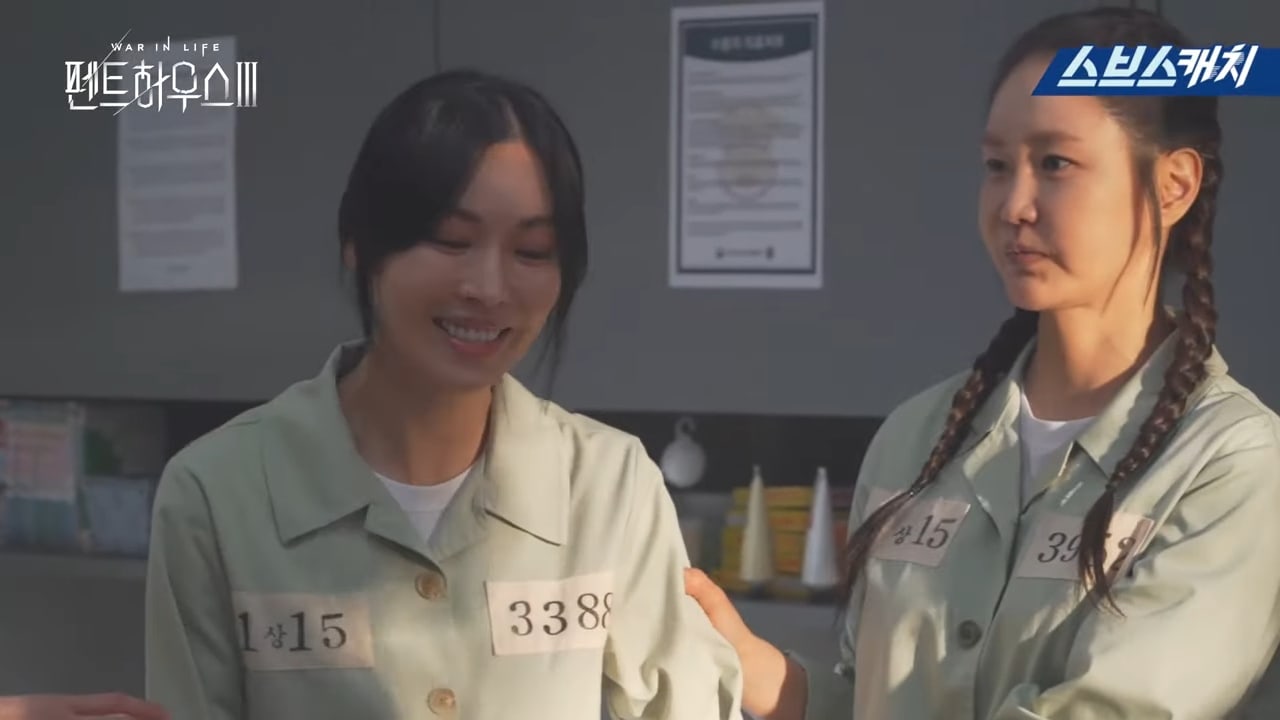 Bong Tae Gyu, Yoon Jong Hoon, and Uhm Ki Joon also team up for a fighting scene. While waiting to film, Bong Tae Gyu spots the making-of camera and poses with a V sign. Then the three actors get together for rehearsal but realize they need more time in order for Uhm Ki Joon to do his next act.

Bong Tae Gyu comments, “I should buy some time. I’ll stall a bit, so when it’s time, just spin me around.” Yoon Jong Hoon wraps a hand around his neck and jokes, “I’ll whisper into your ear, ‘Hyung, it’s ready.'” They both burst into laughter, and Yoon Jong Hoon runs away in embarrassment with Bong Tae Gyu right at his tail. 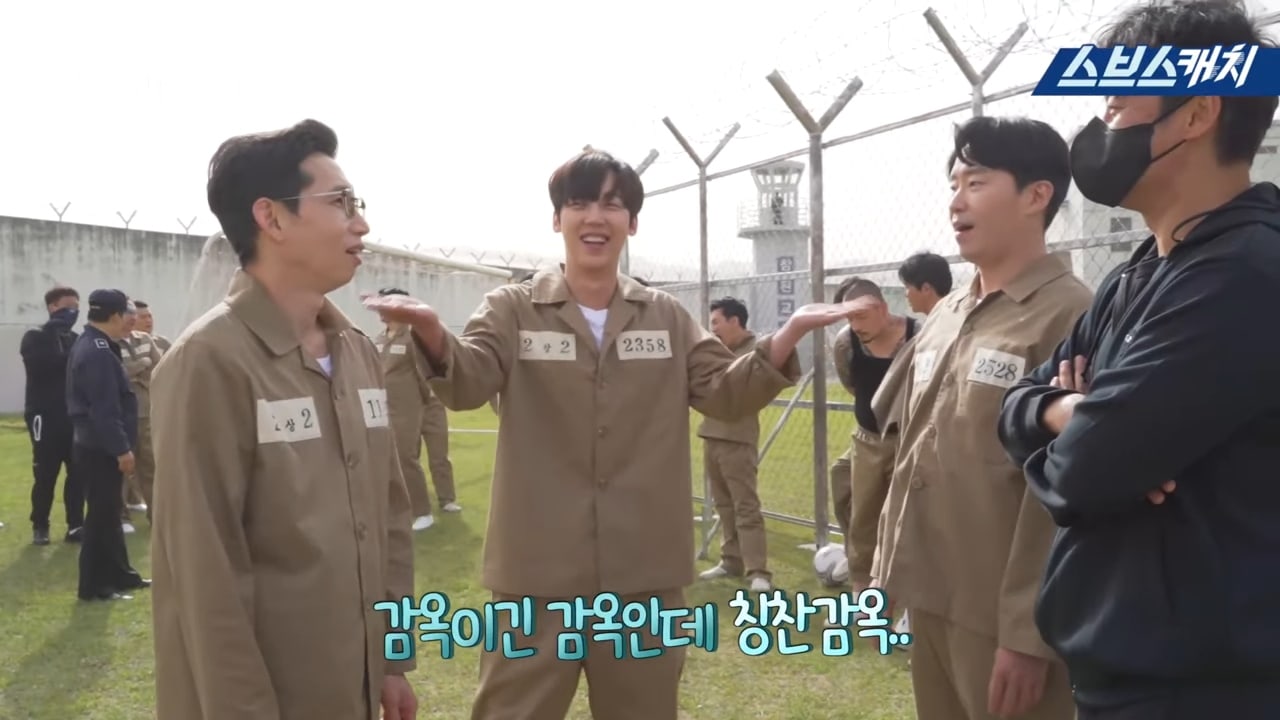 Lee Ji Ah and Uhm Ki Joon also work together for a fight scene. The two rehearse with the crew members’ help, and they meticulously go over the action scenes. Lee Ji Ah pretends to stab Uhm Ki Joon with the needle, and he becomes startled by her overzealous gesture. Laughing, he comments, “You’re suddenly going to be so passionate?”

As soon as filming starts, they perfectly immerse into their roles, but once the director calls “cut,” they burst into warm laughter. A crew member jokes that the scene turned into one from a musical because of Lee Ji Ah’s yelling. Lee Ji Ah says, “I always make sounds when I do action scenes.” Uhm Ki Joon asks why, and she answers, “That way, I can immerse into my emotions.” He can’t help but laugh as she makes the noises again, and he jokes, “Isn’t that too old-fashioned?” Lee Ji Ah adds, “When I filmed ‘Athena,’ I kept making noises with my mouth. Pow! Pow!” 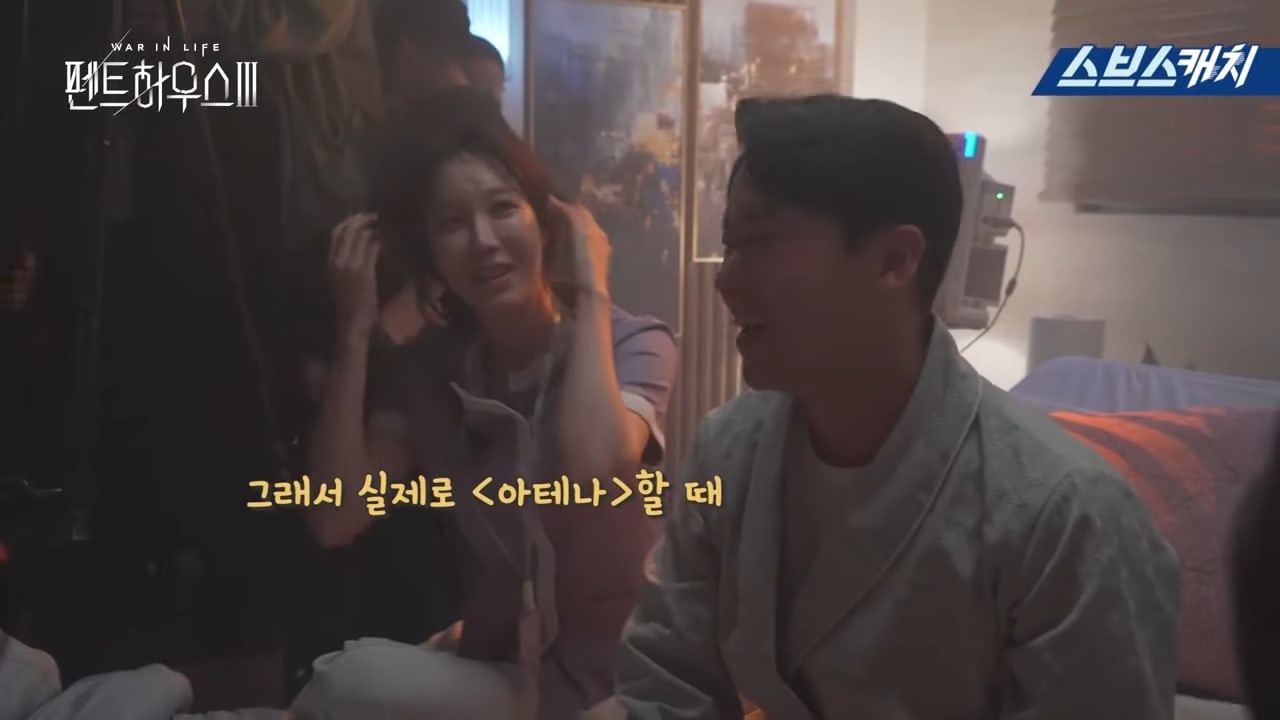 Check out the first episode of “The Penthouse 3” with subtitles here: