“Doom at Your Service” has officially kicked off the second half of the drama!

tvN’s “Doom at Your Service” is a fantasy romance drama about a character named Myul Mang (Seo In Guk), who causes everything he touches to vanish, and a woman named Tak Dong Kyung (Park Bo Young), who puts her life on the line to avoid her fate. After going through life without any grand goals, Tak Dong Kyung suddenly receives the diagnosis that she only has 100 days to live. She calls for doom (myulmang) of the entire world, but instead is found by Myul Mang.

With both Dong Kyung and Myul Mang diving head first into their relationship and Myul Mang even declaring his will to die for her, anticipation is rising for their romance. Here are three key points to focus on for this drama’s second half!

1. In what direction will Dong Kyung and Myul Mang’s all-or-nothing relationship go?

In the latest episodes, Dong Kyung and Myul Mang confirmed their deepened feelings for each other, diving right into their romantic relationship. Although Myul Mang tried to avoid Dong Kyung due to his belief that she was having poor luck because of him, he could not hold back his feelings and rather found himself holding onto her even tighter. However, due to the agreement between the two, Dong Kyung must wish for doom upon the entire world within the 100 days before her death or else the person she loves most will die instead.

Myul Mang showed his sincerity and devotion to Dong Kyung by telling her, “Tak Dong Kyung, you can like me. Because now, nothing else matters to me except you. That’s why you have to pick between yourself and the world.” Despite his honesty and willingness to die, Tak Dong Kyung does not hear him, raising curiosity for what decision she will make. 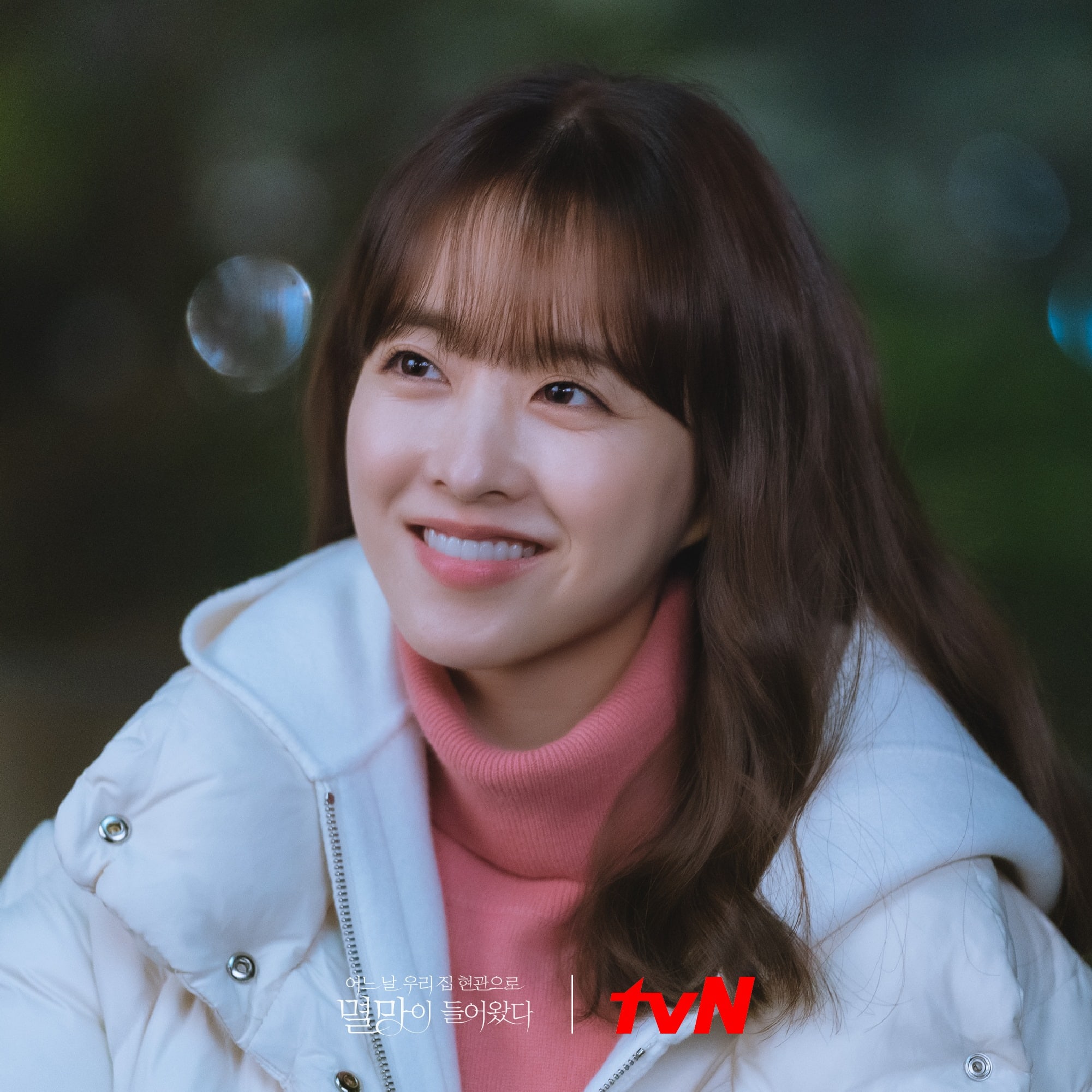 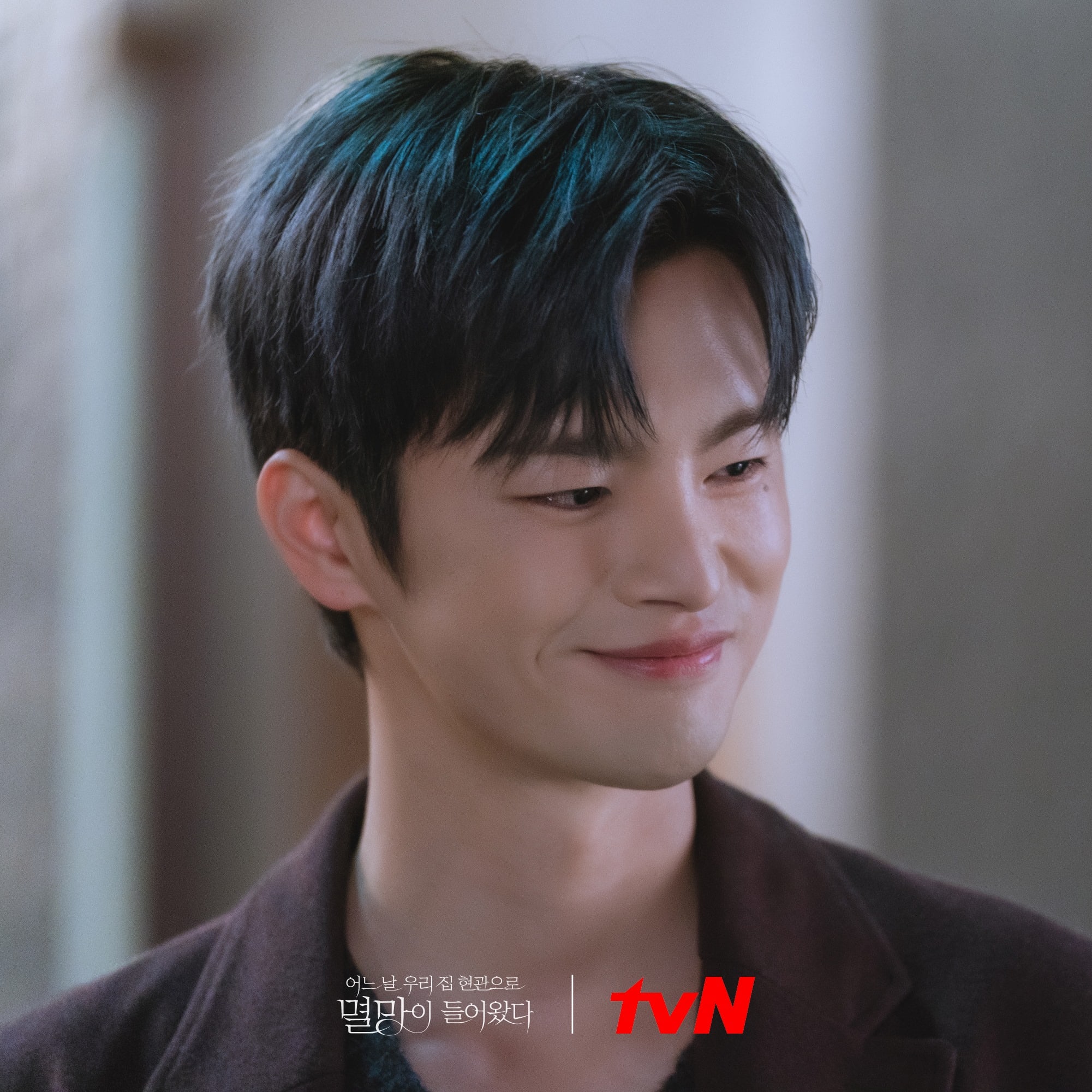 2. Will Sonyeoshin disturb or protect the relationship between Dong Kyung and Myul Mang?

As soon as Dong Kyung and Myul Mang confirmed their feelings for one another, Sonyeoshin (Jung Ji So) summoned Myul Mang to remind him of his cruel fate and harshly tell him, “You’re saying you’re going to receive love from her? You dream big.”

However, Sonyeoshin also commented, “A child must rebel against their parents to grow. Love must experience trials to burn,” proving that she pushed Myul Mang to the end on purpose, but without making her intentions clear. She additionally tells Myul Mang, “False hope is still hope. False love is also still love,” sharing that the meaning of yellow tulips is false love and hope. Stay tuned to discover what it is that Sonyeoshin wants from Tak Dong Kyung and Myul Mang. 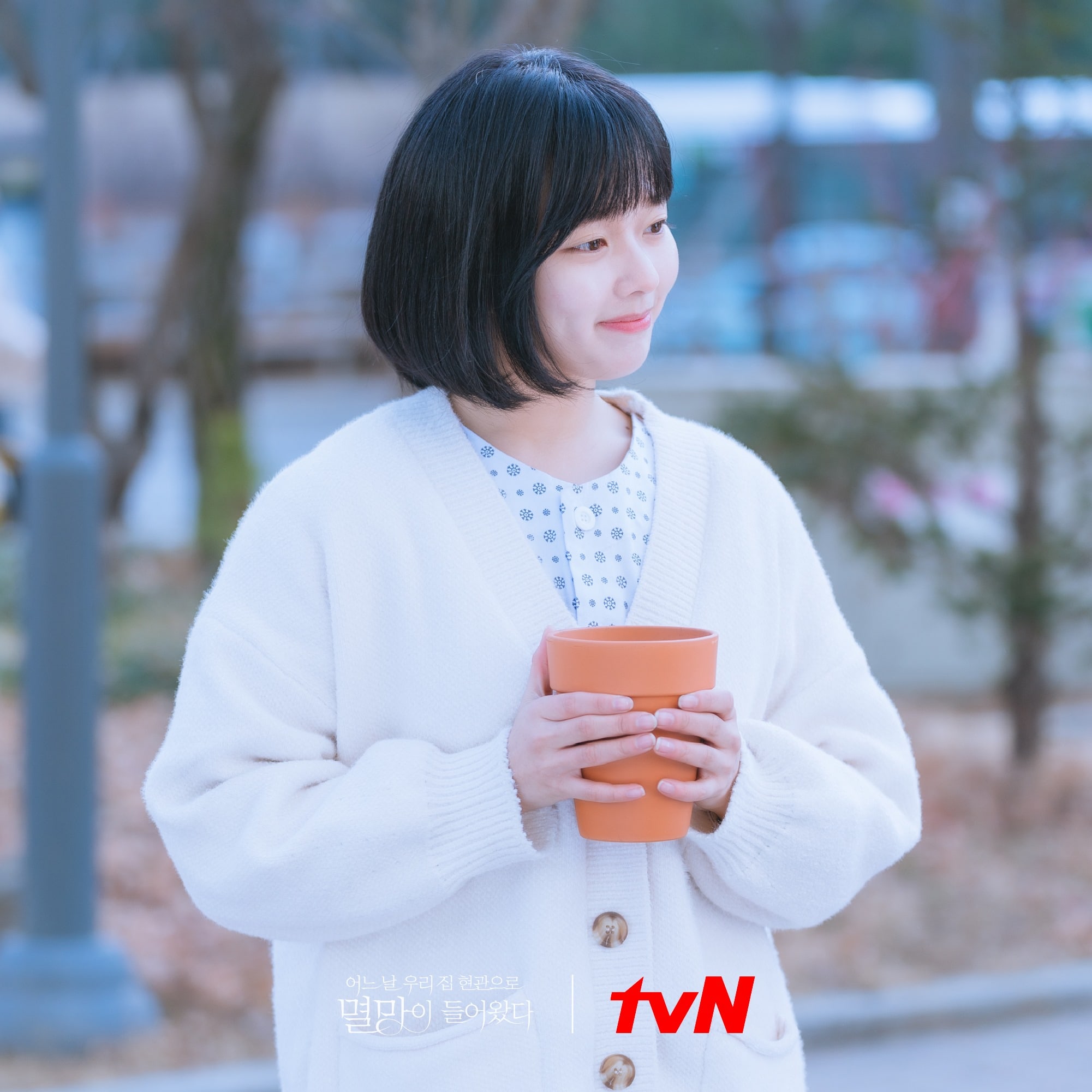 3. In what direction will the love triangle between Joo Ik, Hyun Kyu, and Ji Na go in?

The love triangle between Cha Joo Ik (Lee Soo Hyuk), Lee Hyun Kyu (Kang Tae Oh), and Na Ji Na (Shin Do Hyun) is heating up! After feeling regret that he put an end to his first relationship by immaturely ignoring Ji Na’s calls, Hyun Kyu expresses his desire to once again stay by her side. At the same time, Ji Na is caught between Hyun Kyu and Joo Ik, the latter being the one who kissed and comforted her while she was waiting for Hyun Kyu. While trying to reunite with Hyun Kyu, she reminisces on her memories with both men, struggling to come to a decision.

However, Hyun Kyu does not know that Joo Ik kissed Ji Na and Ji Na is unaware of how close Hyun Kyu and Joo Ik are. To make matters even more tense, in Episode 8 when Joo Ik prepares to tell Ji Na everything, Hyun Kyu arrives to interrupt the moment. Viewers can look forward to discovering how this trio will navigate their feelings! 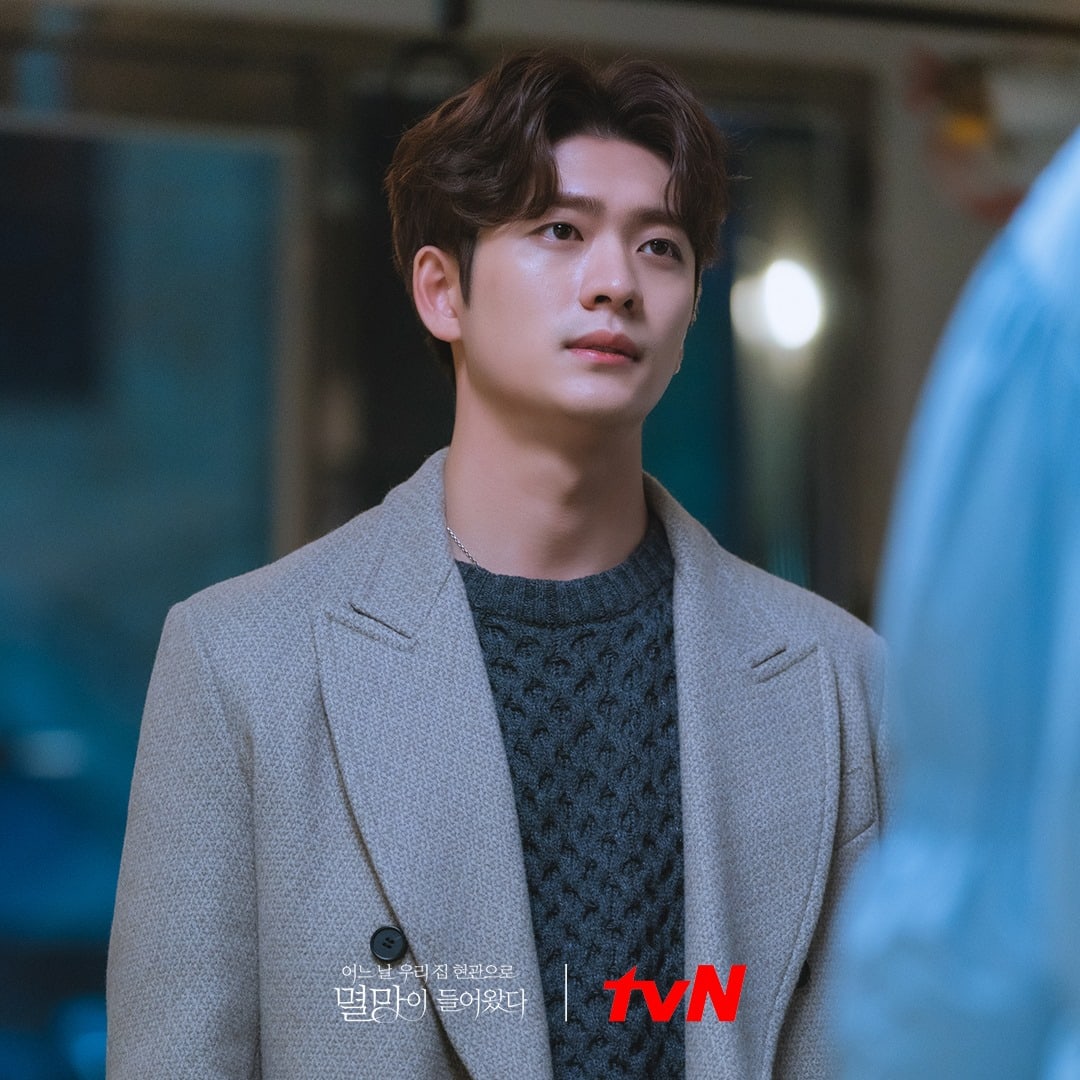 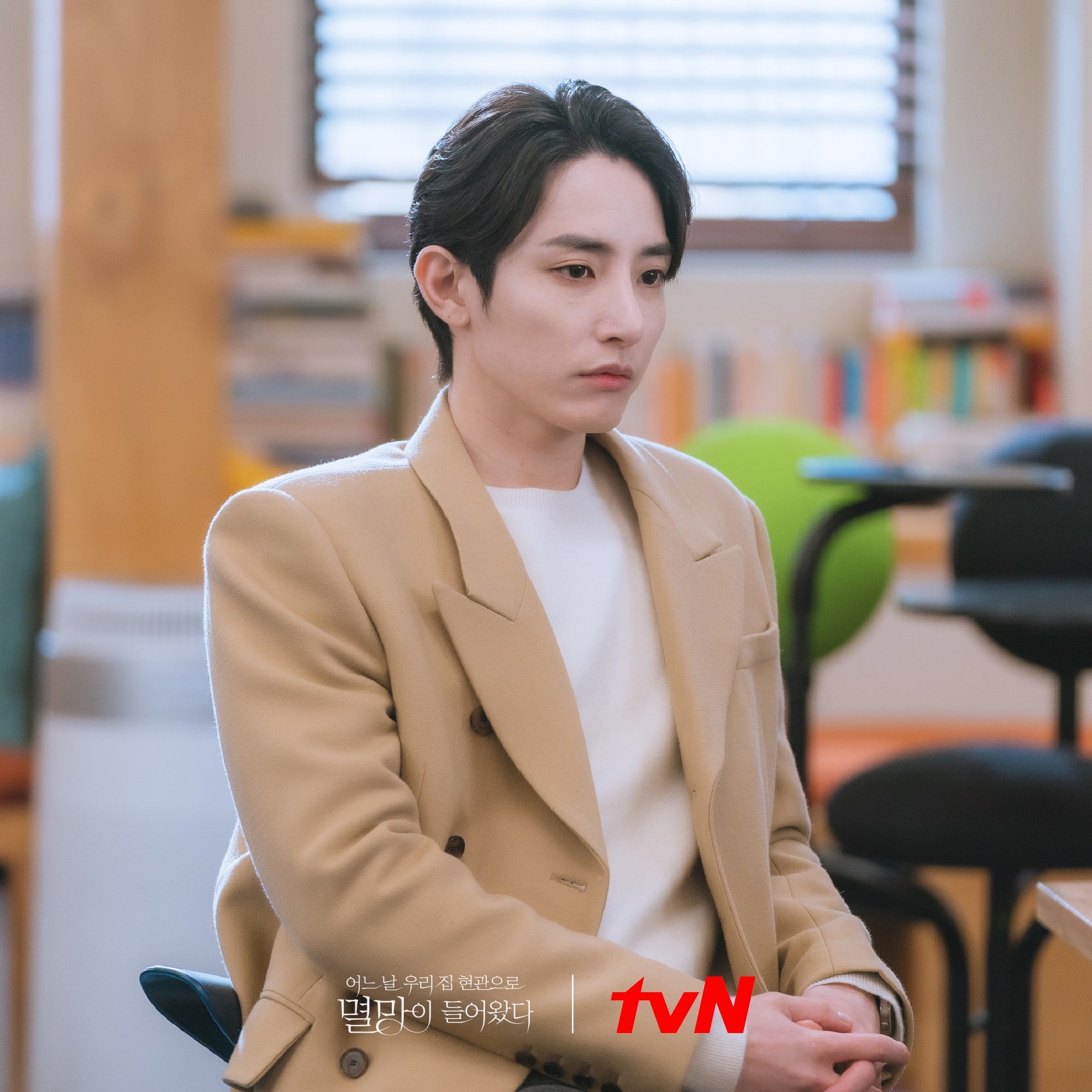 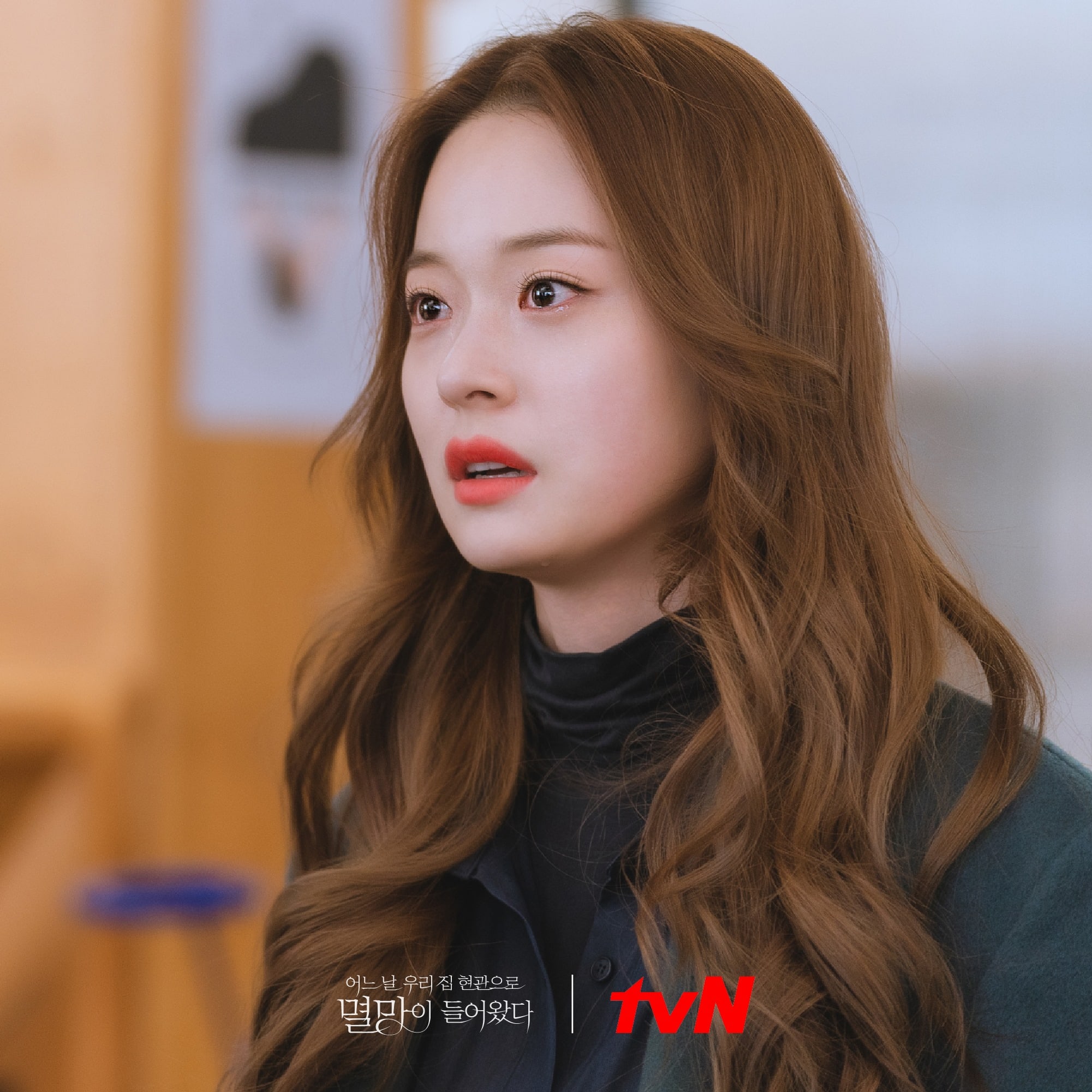 tvN’s “Doom at Your Service” airs on Mondays and Tuesdays at 9 p.m. KST.

Start watching the show with subtitles below!

Seo In Guk
Kang Tae Oh
Lee Soo Hyuk
Park Bo Young
Shin Do Hyun
Jung Ji So
Doom at Your Service
How does this article make you feel?