Based on a webtoon, “Nevertheless” tells the hyper-realistic love story between Yoo Na Bi (Han So Hee), a woman who doesn’t believe in love but still wants to date, and Park Jae Uhn (Song Kang), a man who thinks dating is a bother but still wants to have flings.

On June 19, “Nevertheless” released a romantic new poster of Yoo Na Bi and Park Jae Uhn, teasing the sweet yet subtle relationship between the two. Yoo Na Bi gently buries her head against Park Jae Uhn’s back, and the two create a thrilling atmosphere as Yoo Na Bi’s lips approach the butterfly tattoo on Park Jae Uhn’s neck. Looking as if they could touch at any moment, the image is reminiscent of a butterfly landing on a flower. (“Na Bi” also means “butterfly” in Korean).

Park Jae Uhn doesn’t turn around to face Yoo Na Bi, but he also doesn’t push her away. Despite being physically close, they don’t look at each other, and their gazes are filled with complex emotions. The text on the poster reads, “I know, but nevertheless,” hinting that the two will become exceptions and variable factors in each other’s lives. 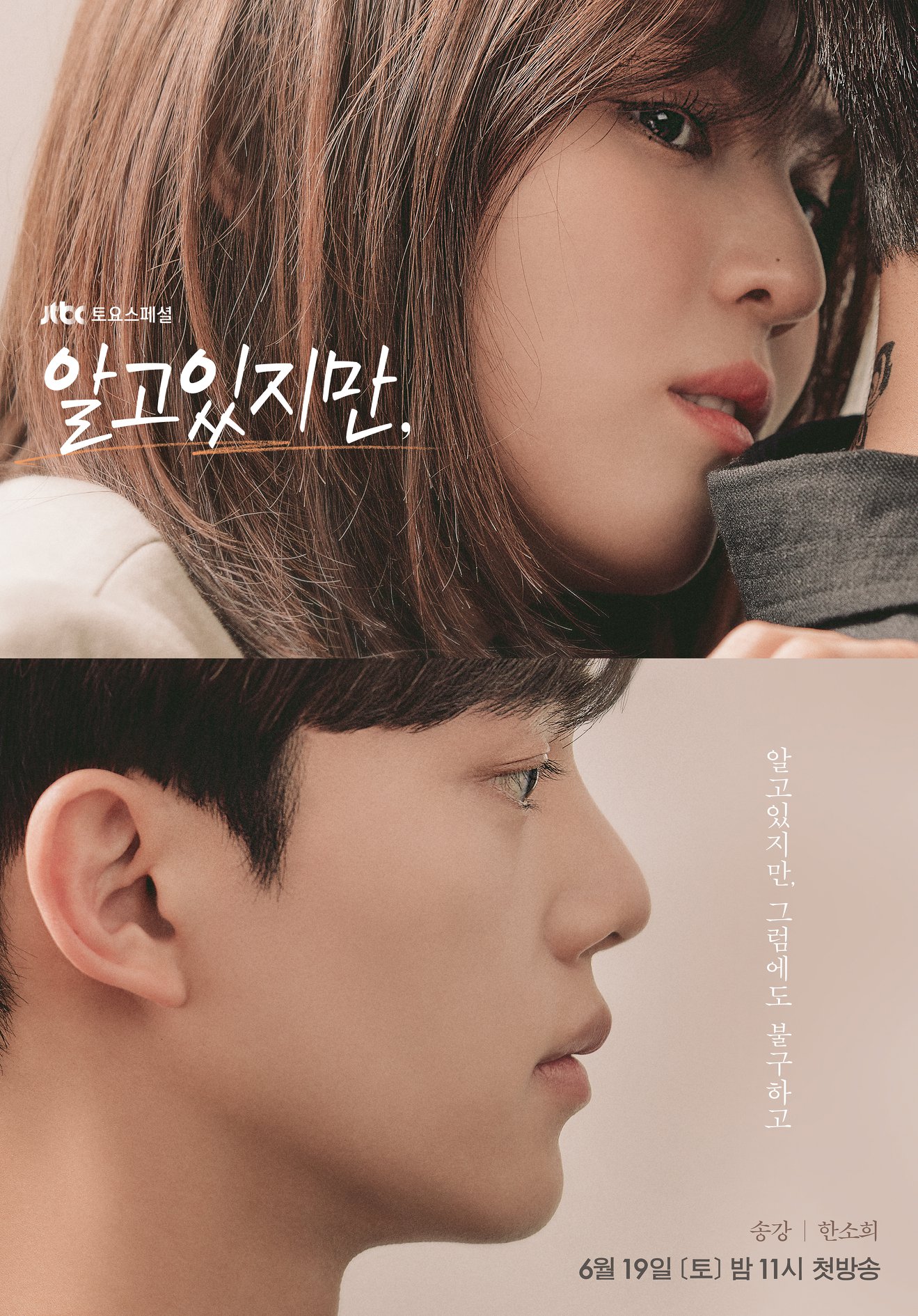 Song Kang and Han So Hee will portray the realistic and relatable romance between inexperienced youths with heated passion. Song Kang plays Park Jae Uhn, who is sweet to everyone but has yet to give anyone his heart completely. However, he feels a change in his emotions when Yoo Na Bi unexpectedly flies into his world. Han So Hee plays Yoo Na Bi, who doesn’t believe in love because her first relationship failed badly. Nevertheless, she is drawn towards Park Jae Uhn, the flower that no one can have, from their first meeting, and Yoo Na Bi ends up flying into Park Jae Uhn’s orbit.

Regarding their chemistry, Song Kang shared, “She’s an actress with a really great natural atmosphere. It’s my first time acting with someone my age, but I was able to act comfortably thanks to actress Han So Hee’s thoughtfulness. She’s helping a lot with improving our chemistry. I’m always grateful while filming.”

Han So Hee shared, “As actor Song Kang’s bright and playful side overlapped with Park Jae Uhn, he became an even more charming character. When I see him completely meld into the character Park Jae Uhn, I focus along with him.”

JTBC’s “Nevertheless” premieres on June 19 at 11 p.m. KST and will broadcast one episode a week for a total of 10 episodes. Watch a teaser here!