Sweet new stills have been released for “My Roommate Is a Gumiho”!

Based on a popular webtoon, “My Roommate Is a Gumiho” is a romantic comedy about a 22-year-old college student named Lee Dam (played by Hyeri), who accidentally swallows the marble of a 999-year-old male gumiho (a mythological nine-tailed fox) named Shin Woo Yeo (played by Jang Ki Yong), who was close to achieving his goal of becoming human.

New stills show Woo Yeo and Dam on a date at Han River. Dam avoids Woo Yeo’s gaze as she looks at her phone, but Woo Yeo continues to stare at her face.

As they walk through the autumn leaves together, they appear as close as an actual couple, drawing curiosity for how their romance will play out. 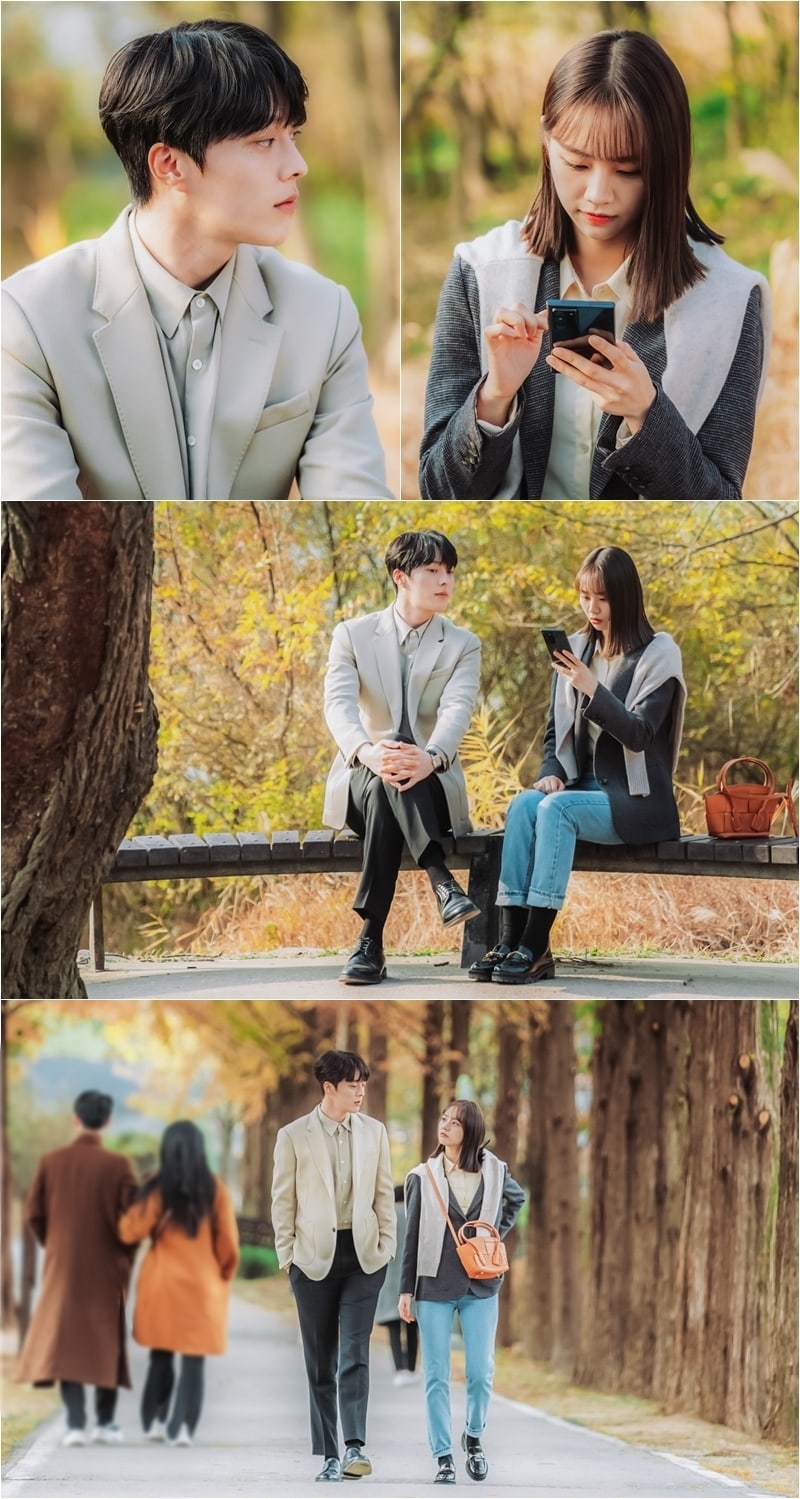 The drama’s production team commented, “As Woo Yeo realizes his feelings for Dam, their romance officially starts kicking off. Please look forward to Woo Yeo expressing his feelings towards Dam throughout this process.”

Jang Ki Yong
Hyeri
My Roommate Is a Gumiho
How does this article make you feel?