“At a Distance Spring Is Green” has shared a relationship chart of the principal characters in the show!

Based on a popular webtoon, “At a Distance Spring Is Green” is an upcoming KBS drama about the realistic struggles of college students facing the harsh realities of a tough world.

Park Ji Hoon stars as Yeo Joon, a handsome and popular student from a wealthy family who seems to have it all. Kang Min Ah stars as Kim So Bin, an ordinary student who struggles to achieve her goals. Bae In Hyuk stars as Nam Soo Hyun, a notoriously cold and unfriendly loner with few friends.

Other students at Myungil University include Hong Chan Gi (Choi Jung Woo), a 22-year-old computer science major. He is long-time friends with Kim So Bin, but she has a one-sided crush on him. Yeo Joon Wan (Na In Woo) is Yeo Joon’s older brother and the youngest full-time professor in the business department at 29 years old. Wang Young Ran (CLC’s Kwon Eunbin) is a 25-year-old physical education major in her fourth year who has been friends with Nam Soo Hyun for a long time. Gong Mi Joo (Woo Davi) is a 22-year-old design major in her second year who has a one-sided crush on Nam Soo Hyun. 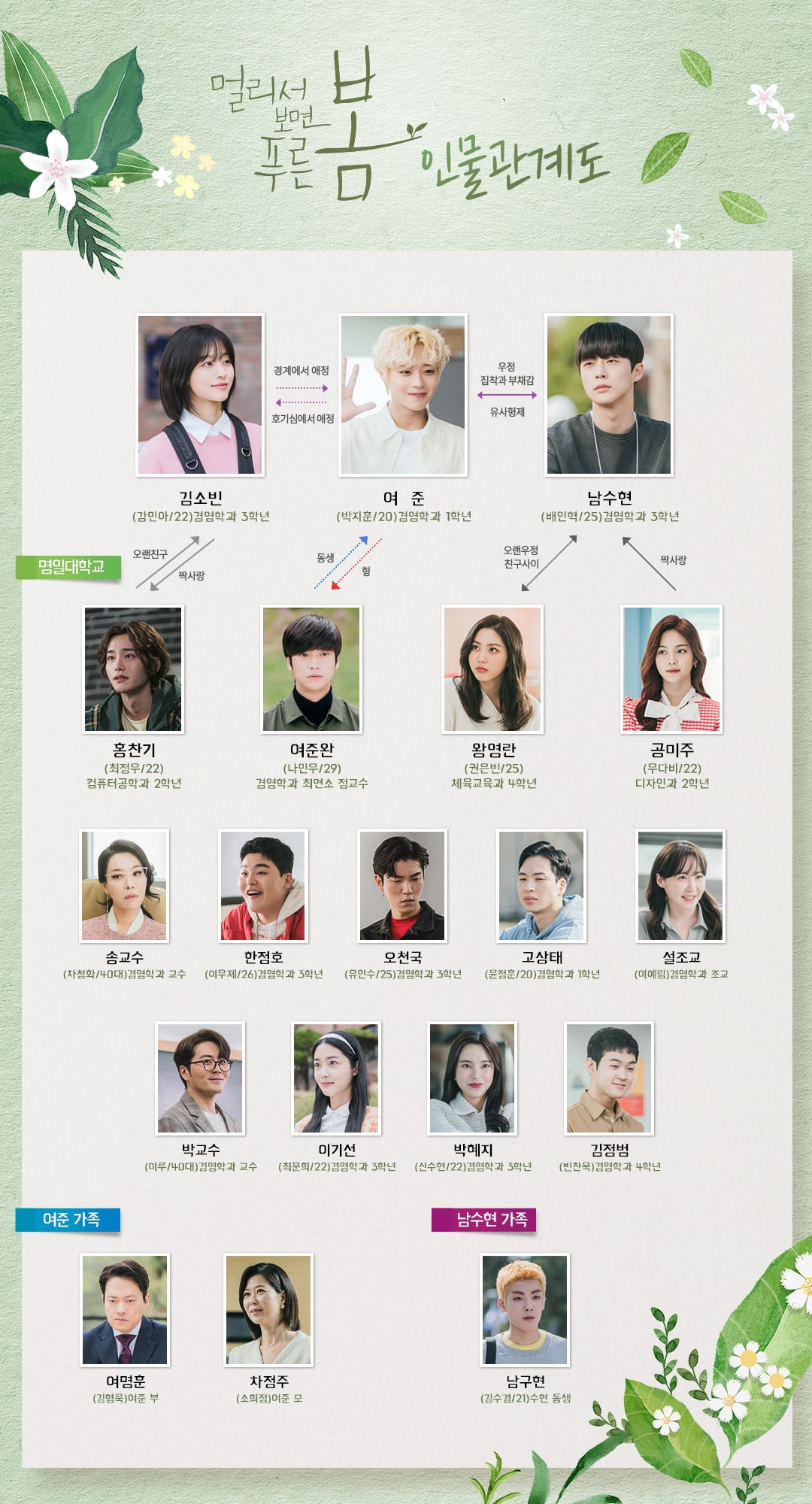 The drama also unveiled new stills of the three main characters and some comments from the drama’s screenwriter. Go Yeon Soo said, “I think that our drama’s strong point is the refreshing and youthful actors who bring the unique characters to life. The characters are all around the same age, but their worries are different. I gave each character the concerns about love and friendship that anyone can relate to, so I hope that our drama can make viewers laugh and cry and grow along with them.” 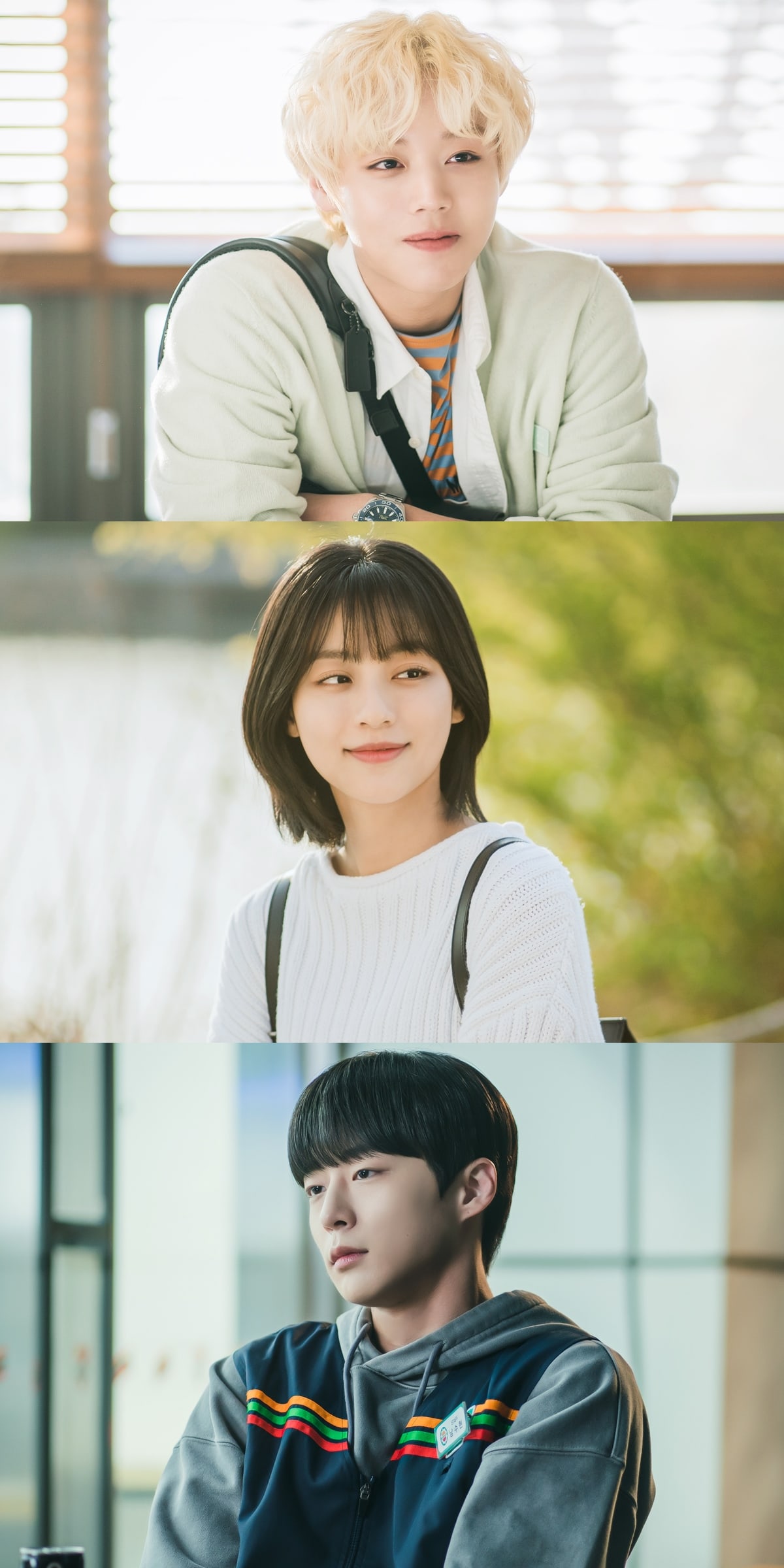 “At a Distance Spring Is Green” premieres on June 14 at 9:30 p.m. KST and will be available on Viki.