KBS’s upcoming drama “At a Distance Spring is Green” has unveiled an intriguing sneak peek of Park Ji Hoon and Bae In Hyuk’s frosty first meeting!

Based on a popular webtoon, “At a Distance Spring is Green” is a new KBS drama about the realistic struggles of college students facing the harsh realities of a tough world.

Park Ji Hoon will star in the drama as Yeo Joon, an immensely popular first-year student from a wealthy family who seems to have it all, but secretly harbors a painful emotional wound. Meanwhile, Bae In Hyuk will star as Nam Soo Hyun, a notoriously unfriendly third-year student who has become a loner by choice as he struggles to make ends meet.

In newly released stills of the two polar opposites’ first encounter, Yeo Joon wears his usual sweet smile as he accompanies an older student to a convenience store. There, he runs into Nam Soo Hyun, who watches the two coldly from afar as a part-time worker at the store.

Shortly afterwards, Yeo Joon—who never lets his sunny, cheerful mask slip around other people—visibly freezes when Nam Soo Hyun tosses an unexpected remark his way. As the warm smile melts off Yeo Joon’s face, his gaze turns icy as he stares awkwardly at the other student, raising the question of what Nam Soo Hyun could have said to trigger such a reaction. 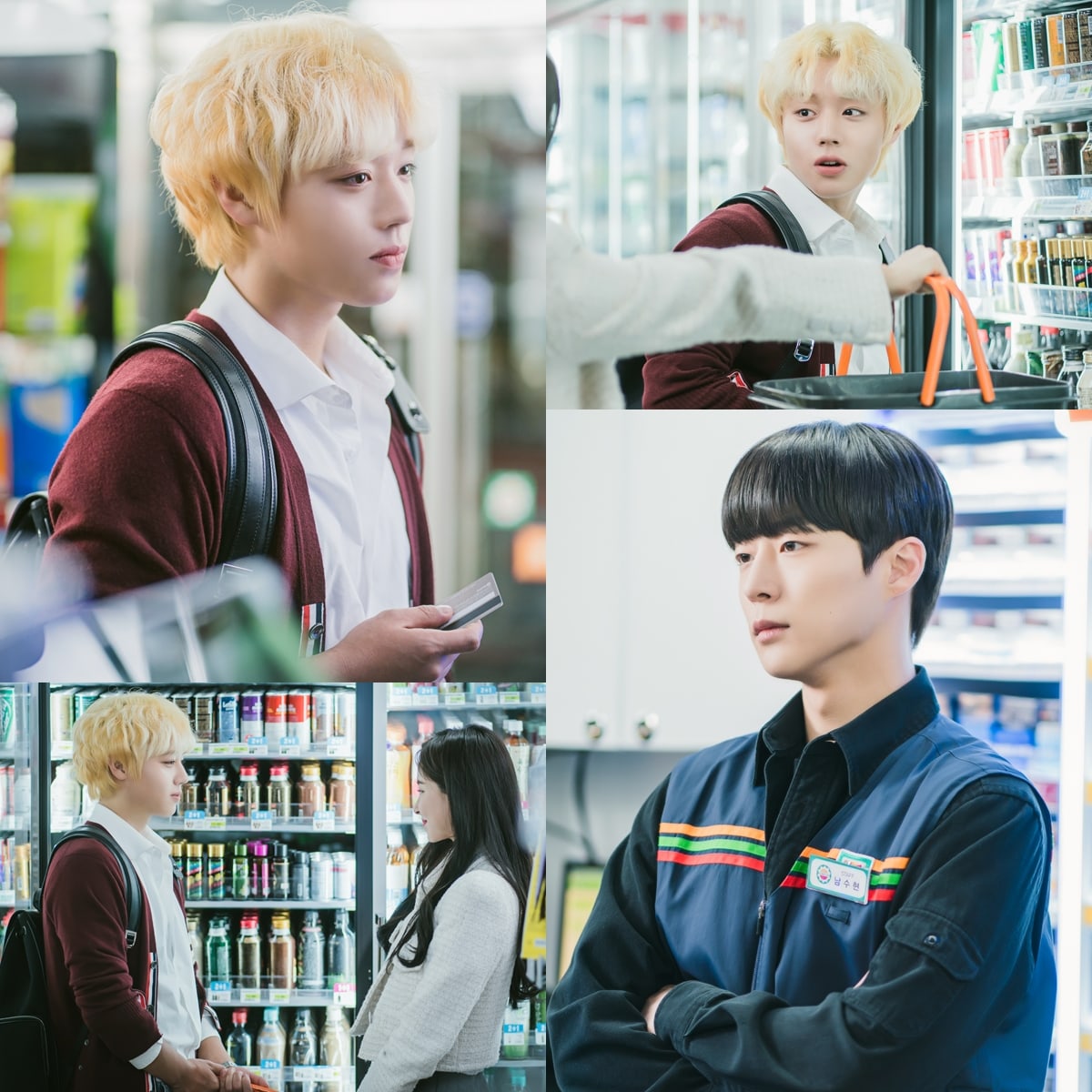 The producers of “At a Distance Spring is Green” teased, “We hope that you’ll keep an eye on what kind of relationship will form after the meeting of these two characters, who are entirely different in everything from their personalities to their family backgrounds.”