tvN’s weekend drama “Mine” has shared new stills ahead of the upcoming episode!

“Mine” is about strong and ambitious women who overcome society’s prejudices to discover what is truly theirs. Lee Bo Young stars as Seo Hee Soo, a former top actress and the wife of the second son of the chaebol family Hyowon Group. Kim Seo Hyung stars as Jung Seo Hyun, the elegant and well-born wife of the eldest son of Hyowon Group.

In the newly released stills, Seo Hee Soo appears at the illegal sparring ring where her husband Han Ji Yong (Lee Hyun Wook) goes to enjoy his secret hobby. As Han Ji Yong uses a separate cell phone for anything related to the location, neither his family nor others know anything about his connection with the area. As a result, Seo Hee Soo setting foot in the ring is drawing both surprise and suspicion. 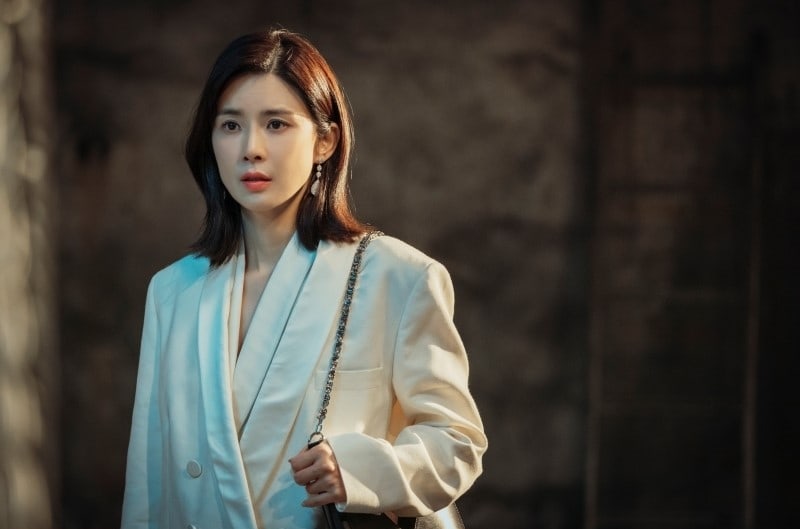 Previously, viewers were horrified to see the brutality of Han Ji Yong revealed as he enjoyed the deadly fights that took place at the illegal ring. Even when Han Ji Yong heard that one of the men whom he had watched fight had died, he didn’t flinch and just attempted to resolve the situation with money.

Seo Hee Soo has been discovering new and hidden sides of the husband she put her trust in. Viewers are curious about how she found out about the illegal sparring ring, as well as how she will react if she finds out what her husband has been doing there.

With his gentle personality suddenly disappearing, Han Ji Yong’s transformation into a cold businessman is also drawing attention. The nameplate on his desk that reads “chairman” gives even more meaning to the scope of his power. 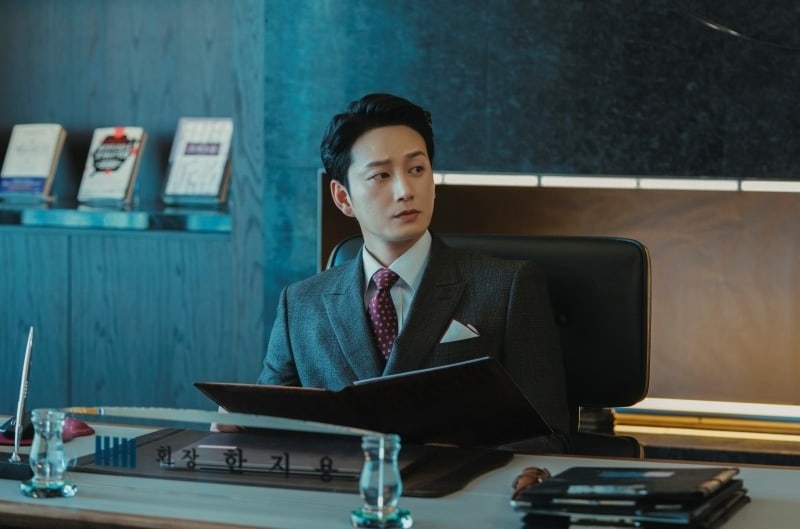 In another still, Han Ji Yong’s brother Han Jin Ho (Park Hyuk Kwon) grabs him by his coat, snarling at him in a fit of anger. Previously, Han Jin Ho found out from his father that Han Ji Yong wasn’t related to him by blood. With Han Jin Ho unable to sit back and watch Han Ji Yong take over Hyowon Group, the conflict between the two men is set to grow even more heated. 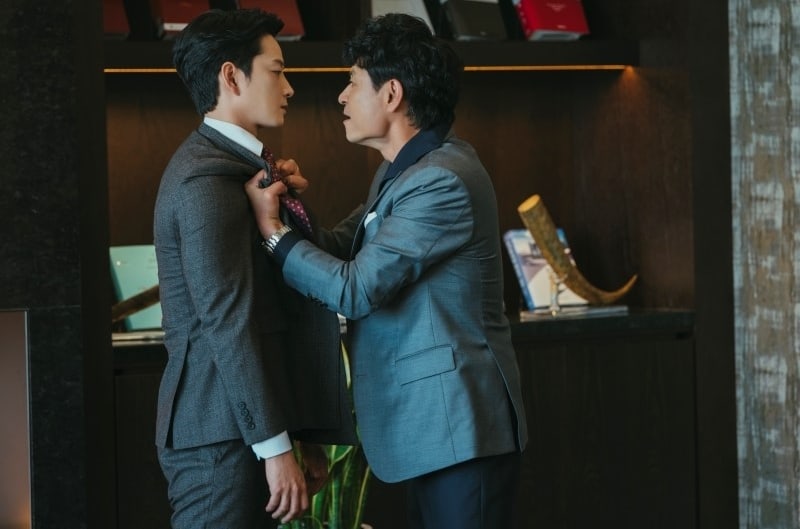 The Hyowon family is wrapped up in an intense conflict over divorce and who will become the next chairman. As everyone struggles to achieve their own selfish desires, viewers are anticipating what the characters’ fates will be.