KBS 2TV’s upcoming drama “At a Distance Spring is Green” is gearing up for its highly-anticipated premiere!

Below are three reasons to tune into the premiere of the new campus drama!

Relatable love and friendships of college students with dreams

Although Yeo Joon (Park Ji Hoon) has both good looks and comes from a wealthy family, his popularity doesn’t help him overcome the pain from the lack of affection he grew up with. Kim So Bin (Kang Min Ah) is an ordinary college student whose results don’t match her efforts, and Bae In Hyuk (Nam Soo Hyun) has voluntarily become an outsider because he’s busy taking on both his studies and numerous part-time jobs. These three students who appear to be slightly lacking in something will undergo special transformations through their encounter. The relatable story of students who find love and friendship on a realistic campus with hardships will touch the hearts of viewers. 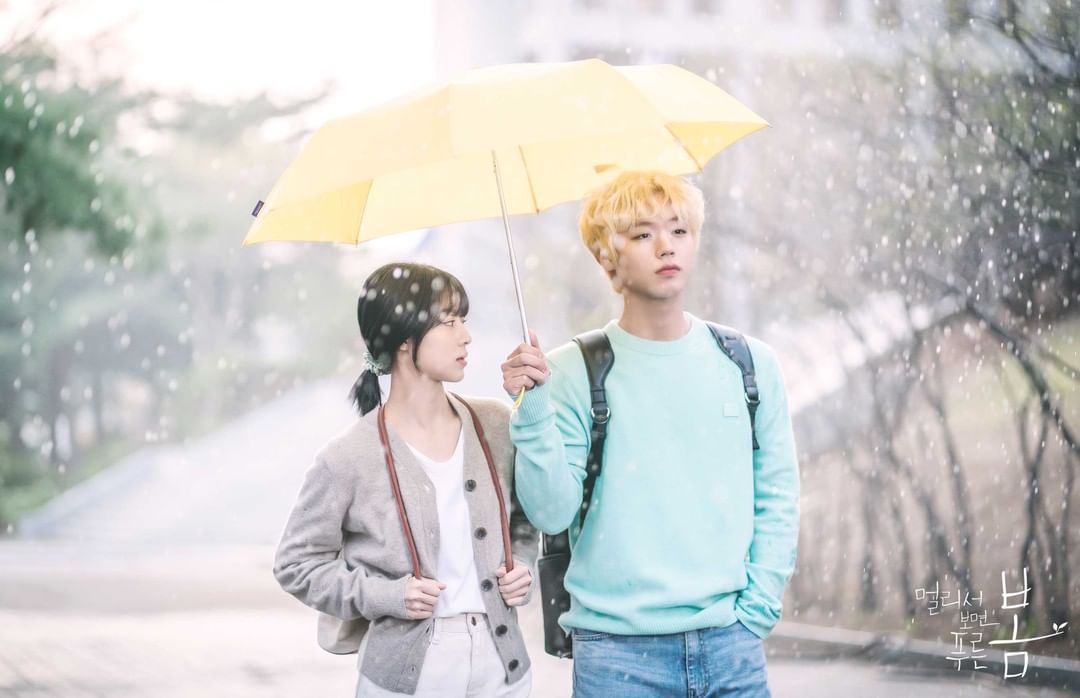 “At a Distance Spring is Green” will make viewers’ hearts flutter with a refreshing campus story. However, unlike campus dramas from the past, “At a Distance Spring is Green” will depict college students struggling to face a harsh reality. Although these young adults seem fine on the outside, they have to juggle the heavy burdens of getting good grades, paying monthly rent, finding a job, dating, and maintaining relationships between people. The college students will make viewers relate with their stories as they take on these realistic problems head on. 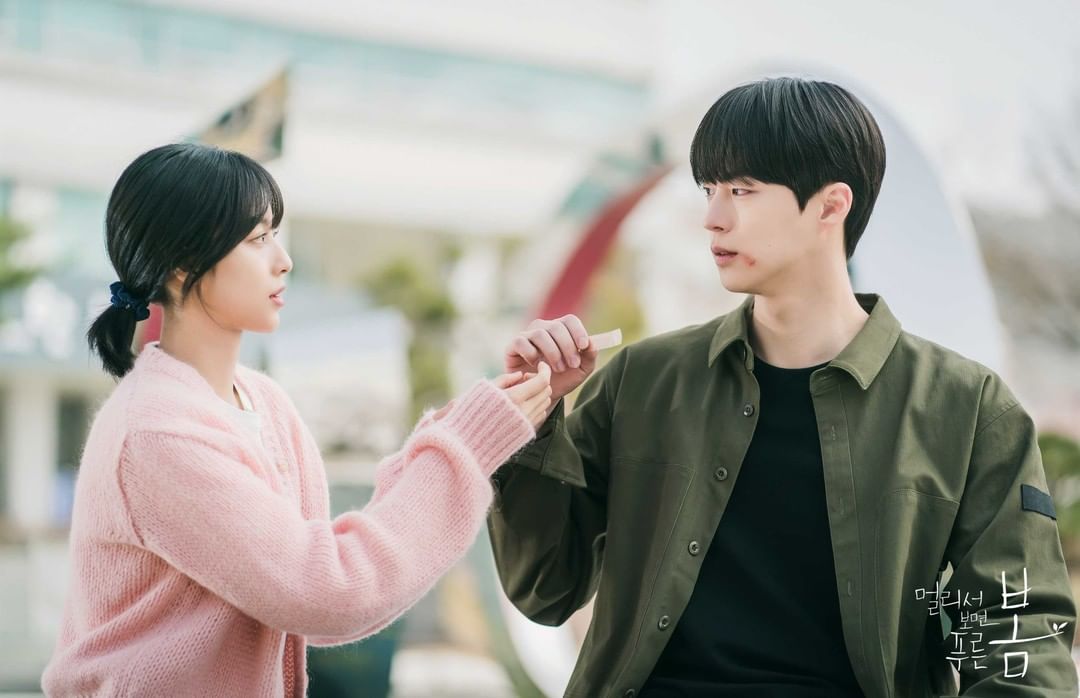 In addition to the three main leads Park Ji Hoon, Kang Min Ah, and Bae In Hyuk, the cast includes CLC’s Eunbin, Woo Davi, and Choi Jung Woo, who are all next-generation actors with their own unique personalities. Viewers are also anticipating the special appearance of Na In Woo, who recently starred in “River Where the Moon Rises,” as Yeo Joon’s older brother Yeo Joon Wan. Due to the cast who look to be perfectly in sync with their webtoon counterparts, viewers are awaiting the drama’s premiere with great anticipation. 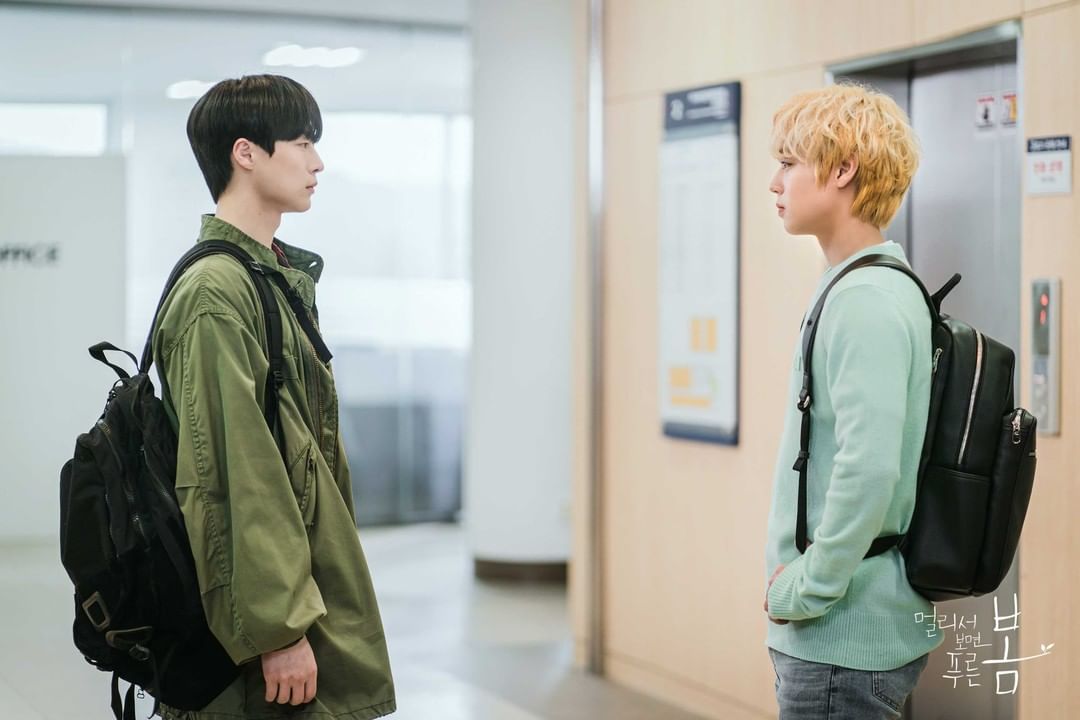