Park Ji Hoon, Kang Min Ah, And Bae In Hyuk Encounter Unexpected Trouble In “At A Distance Spring Is Green”

KBS 2TV’s “At a Distance Spring is Green” released new stills before its upcoming premiere! 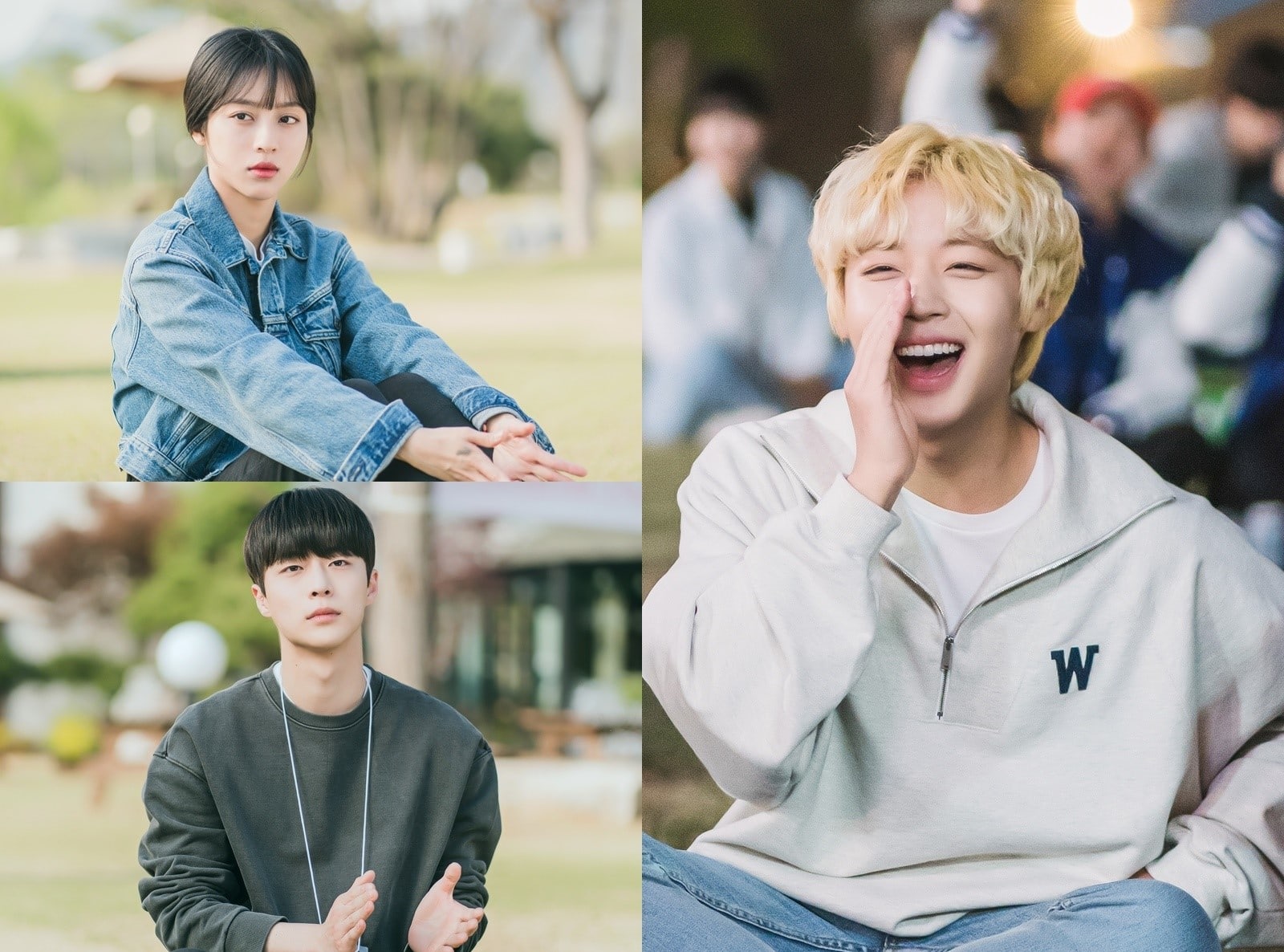 Unfortunately, a certain incident will ruin the refreshing atmosphere of the orientation. Yeo Joon, who was enjoying his time at orientation, appears to be looking at someone with suspicion. In the upcoming premiere, Yeo Joon will unexpectedly fall into a dangerous situation, creating a tense moment.

The production team shared, “All the staff worked hard to portray the love and friendship of college students struggling on campus and the spring days of the young and fresh people in their 20s. Starting from the first episode, you can further enjoy the drama if you focus on the campus story and various elements made by the young stars who have shining visuals.”