“Kingdom: Ashin of the North” is gearing up for its highly-anticipated premiere!

As an extension of “Kingdom” season two, “Kingdom: Ashin of the North” will be about Ashin, the mysterious figure Lee Chang’s (Joo Ji Hoon‘s) party encountered while heading north on their search for the secret behind the resurrection plant. Jun Ji Hyun’s character became a hot topic after appearing in the ending of season two, and Ashin’s mysterious background will finally be revealed through this special episode. In addition to the story of Ashin, the heir to the Northern Yeojin tribe village, the episode will tell the origin story of the resurrection plant.

On June 14, Netflix unveiled five teaser posters that preview the mysterious and thrilling story of Ashin and the resurrection plant. The posters feature a young Ashin (Kim Si Ah), the adult version of Ashin, a purple flower that is called the resurrection plant, a scarred tiger, and a frightening pile of bodies. These five images are related to the huge tragedy that strikes Joseon, and the description on the posters read, “Death that will swallow Joseon is blossoming.” 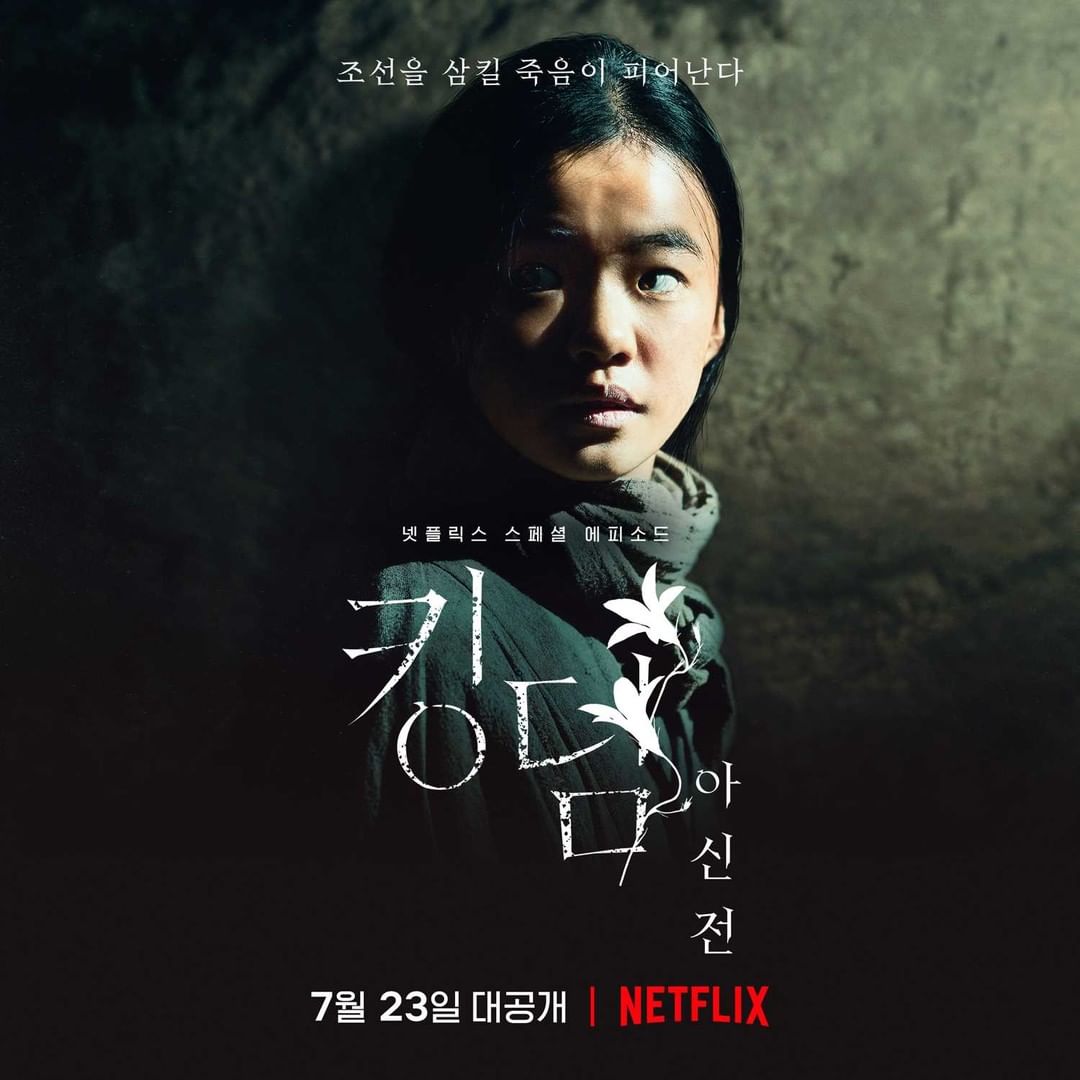 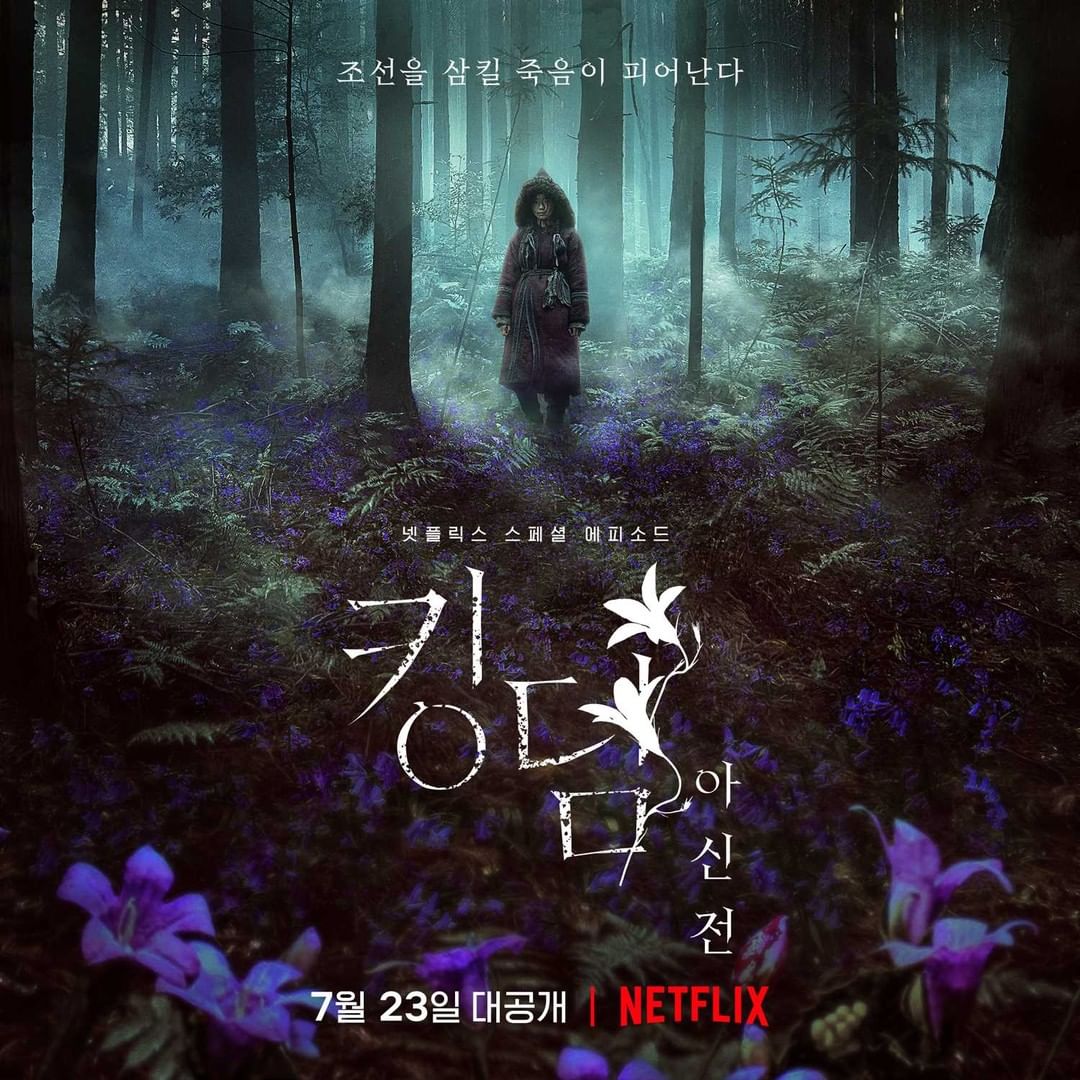 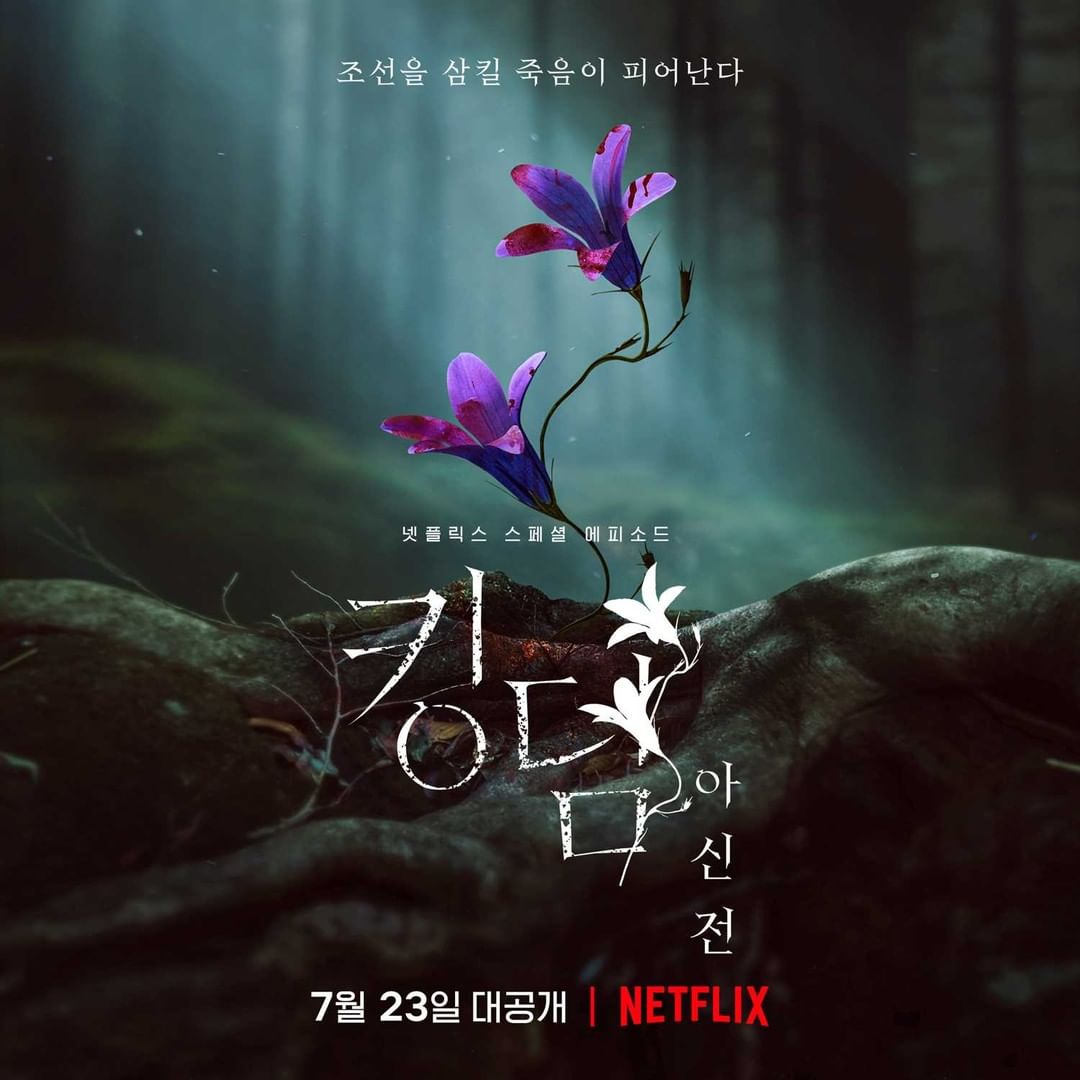 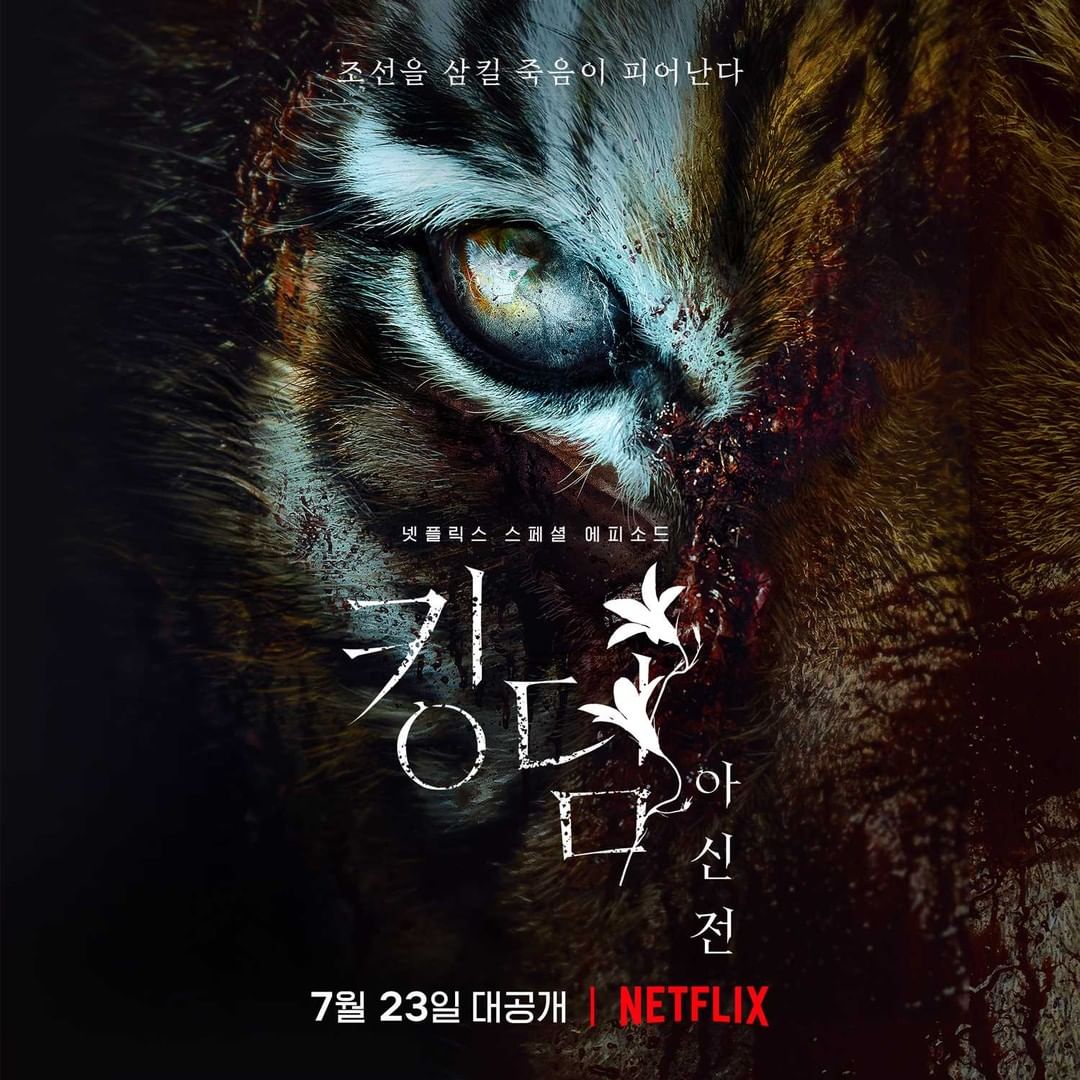 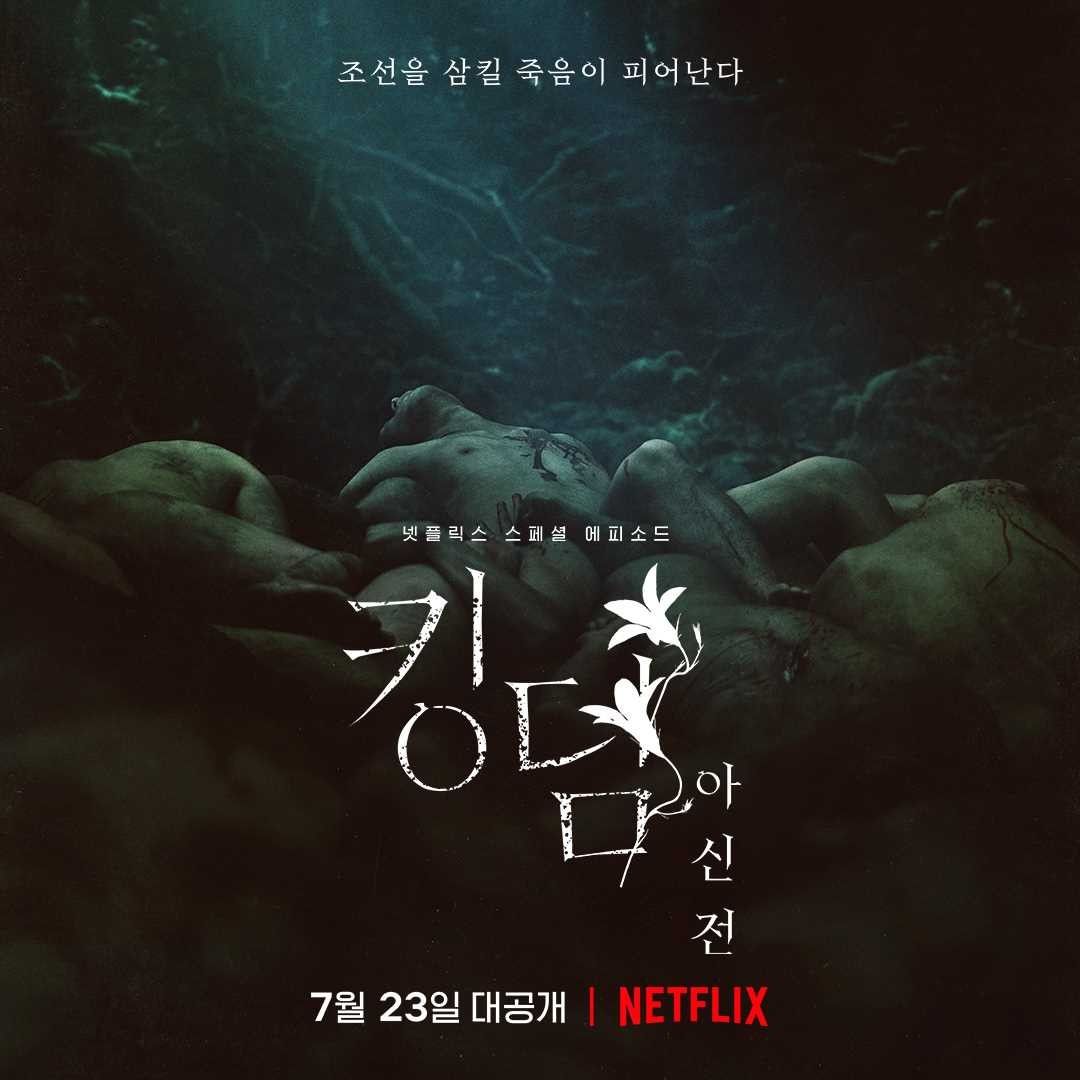 “Kingdom: Ashin of the North” will be helmed by director Kim Sung Hoon, who was in charge of the general production of seasons one and two of “Kingdom.” Scriptwriter Kim Eun Hee, who wrote the first two seasons of “Kingdom,” will also be participating in the writing of the special episode. The episode will be co-produced by BA Entertainment and Studio Dragon.

“Kingdom: Ashin of the North” will be released on July 23. Check out a teaser here!