There will be changes in Park Ji Hoon, Kang Min Ah, and Bae In Hyuk’s relationship in the next episode of “At a Distance Spring is Green”!

The first episode that aired yesterday introduced the three lead characters Yeo Joon (Park Ji Hoon), Kim So Bin (Kang Min Ah), and Nam Soo Hyun (Bae In Hyuk). Yeo Joon became tangled up in strange relationships with Kim So Bin and Nam Soo Hyun, who are older students in the same department as him. Kim So Bin asked Yeo Joon to help her become Professor Song’s (Cha Chung Hwa‘s) assistant, whereas Nam Soo Hyun did whatever he could to avoid Yeo Joon and his cheerful demeanor.

On June 15, the drama unveiled new stills of Yeo Joon, Kim So Bin, and Nam Soo Hyun. They are meeting up for a group project that turns into a disastrous one, and there’s even a physical brawl. Someone has shoved Yeo Joon, and he is sitting on the floor with a look of pure shock on his face. Nam Soo Hyun, who was wary of Yeo Joon before, is now coming forward to defend him, and he gazes coldly at the student who had pushed Yeo Joon. Kim So Bin is kneeling by Yeo Joon’s side, and she looks equally surprised by the harsh confrontation. 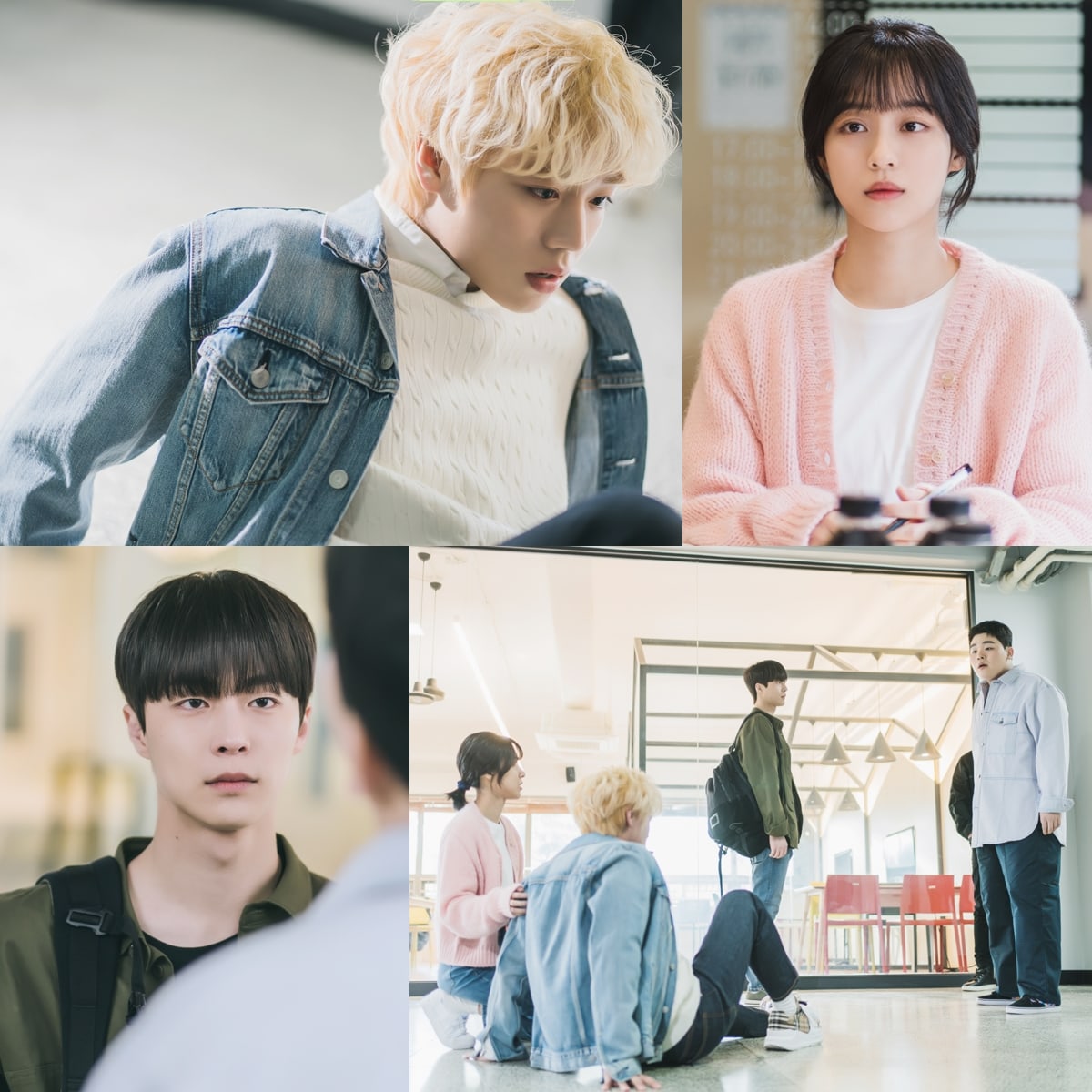 The drama’s production team commented, “The first episode depicted the beginning of the relationship of the three very different people, and the second episode will show the changes in it as they officially start campus life. It will be more interesting if viewers pay attention to the characters’ emotional ranges and their process of understanding each other.”