GOT7’s BamBam has returned with an official solo debut!

On June 15, BamBam held an online press conference for the release of his first solo album “riBBon.” The singer commented, “While promoting for seven years, I wanted to show off my own color and I thought about wanting to showcase songs that I had made.” He continued, “Since this is the first time I’ve gone solo in Korea, I wanted to show that ‘this is BamBam.'”

Regarding his album preparations, BamBam shared, “Rather than worry about the concept, I had bigger worries about my skills. I haven’t been able to show my vocals much until now so I thought a lot about what kind of songs it’d be best to sing. I also thought about how I could convey my energy when filling a stage on my own that used to have seven people.”

He also explained that this release was completely different from GOT7, commenting, “This is because as GOT7’s BamBam, I had to show a vocal tone and rap that matched with the group better.”

When asked what he wants to achieve with this album, BamBam answered, “As it’s my first time solo, I want to win first place on a music show, and I hope more people learn about BamBam. My personality itself is bright so I hope that many people enjoy themselves through my songs.” 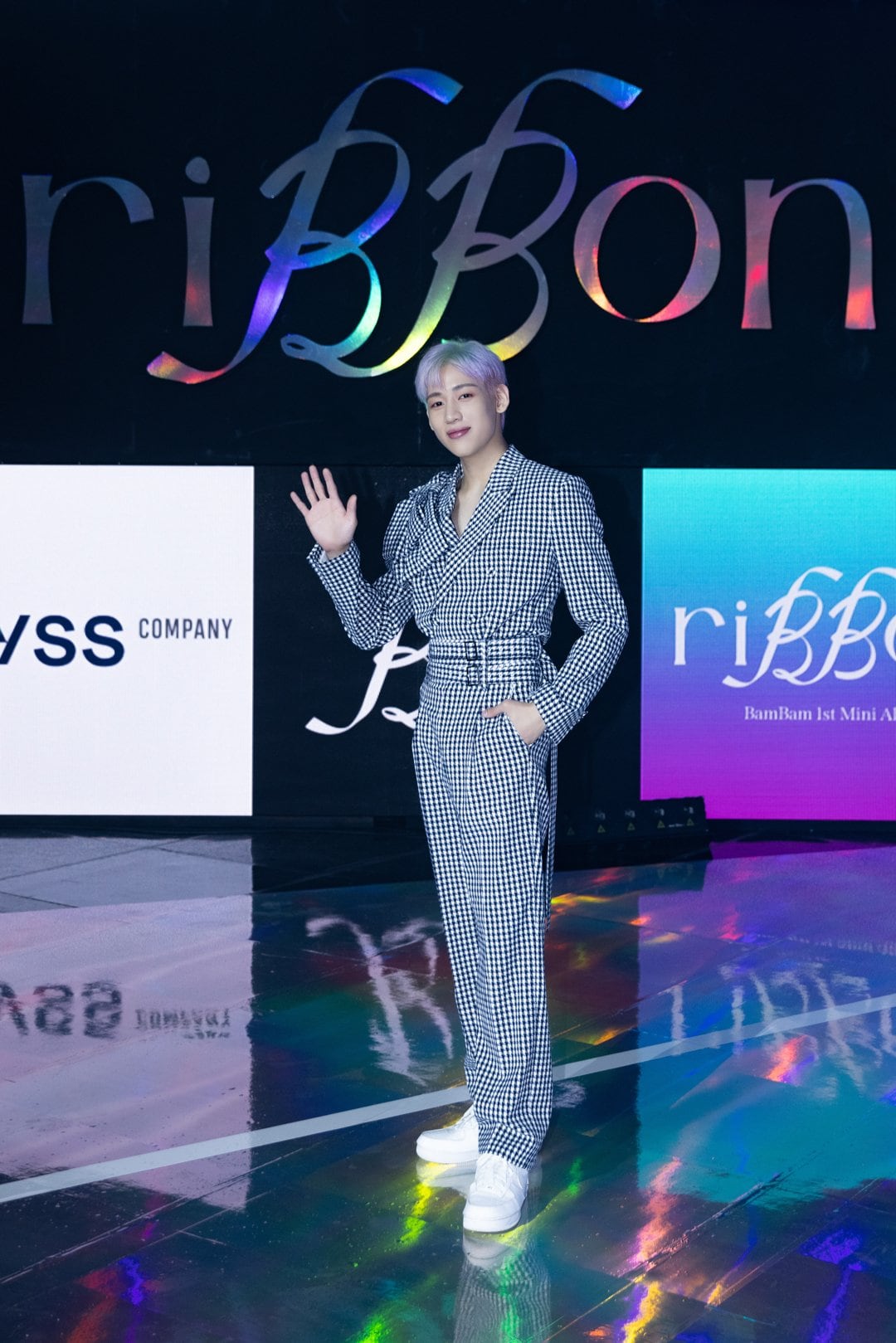 The singer was also asked what K-pop means to him. He replied, “How I came to love music. Through K-pop, I began singing, dancing, and rapping, and also became a singer. A lot of people overseas also listen to K-pop and I believe that this genre can unite people globally as one.”

BamBam also shared advice he received from his fellow GOT7 members, many of whom have already or are gearing up to release solo music too. He explained, “I’ve said that I was a bit worried about going solo but my friend Yugyeom, Mark who is in the United States, Jinyoung, and many others just said I should be myself.”

He continued, “They said that if I feel pressured, it could actually be worse, and since I already have a bright personality, that I should just pour that energy out in order to help a lot of people feel joy.”

BamBam added, “I think it’s best to be myself. I didn’t let my members hear my music ahead of time. Just like my fans, I don’t think they expected me to do such a bright and colorful concept. This time, I had the opinions of my agency staff and I also enjoyed this concept a lot. I’ve become so used to this concept that I think it might be awkward if I suddenly tried to do something cool.”

Continuing about his bright concept, BamBam shared, “Doing this kind of concept helped me become brighter in my everyday life. I was already bright but I’ve become brighter, I smile a lot more, and I don’t really get stressed. Through this concept, I also think I’ve gained a lot of energy.”