The upcoming office drama “One the Verge of Insanity” has released new character posters!

MBC’s “On the Verge of Insanity” stars Jung Jae Young, Moon So Ri, and Lee Sang Yeob as employees at Hanmyung Electronics, who find their positions under threat as the company is swept up in a round of layoffs. The drama will touch on regular office topics like resignation, changing jobs, dismissal, and co-worker relationships in a funny and relatable manner.

The first poster features Jung Jae Young as veteran hardware engineer Choi Ban Suk. His eyes appear empty and sullen and the caption reads, “I’ve worked for over 20 years as a developer. How can I go to human resources?” Although he was once a well-established developer, he cannot do anything about the changes that come with time. 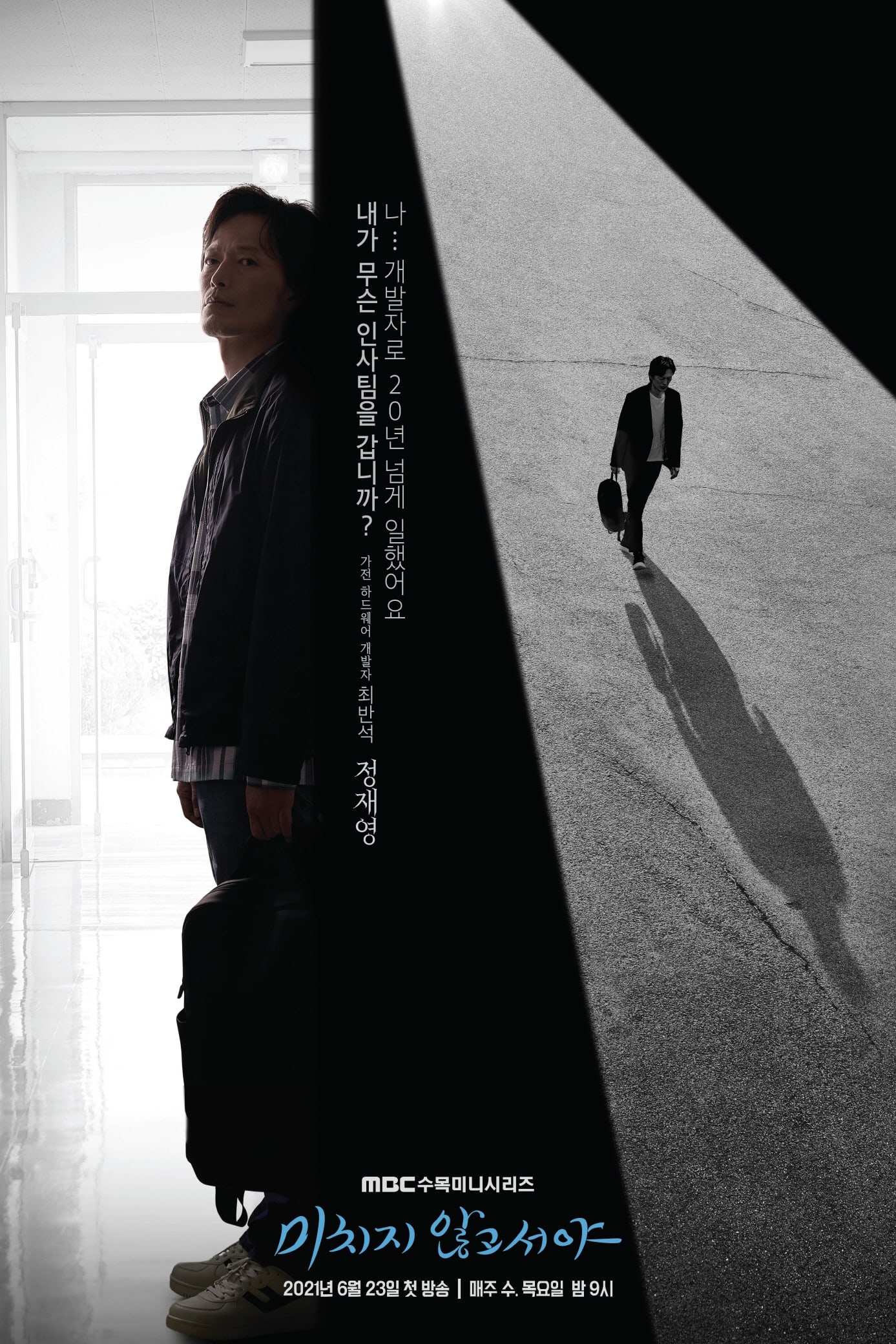 Moon So Ri plays workaholic Dang Ja Young, the team leader of the human resources department who aspires to become an executive director. In her poster, she steps up a winding staircase and the caption says, “The swordsman of the human resources team? It becomes dull after a couple times,” showcasing her tenacity.

Despite the difficult road to get to where she is now, she continues to live a tumultuous work life, having to put up with her team’s endless complaints. In the midst of their company’s hectic round of layoffs, she’s met with a new obstacle when experienced developer Choi Ban Suk is introduced to her team, even though he has no experience in her department. 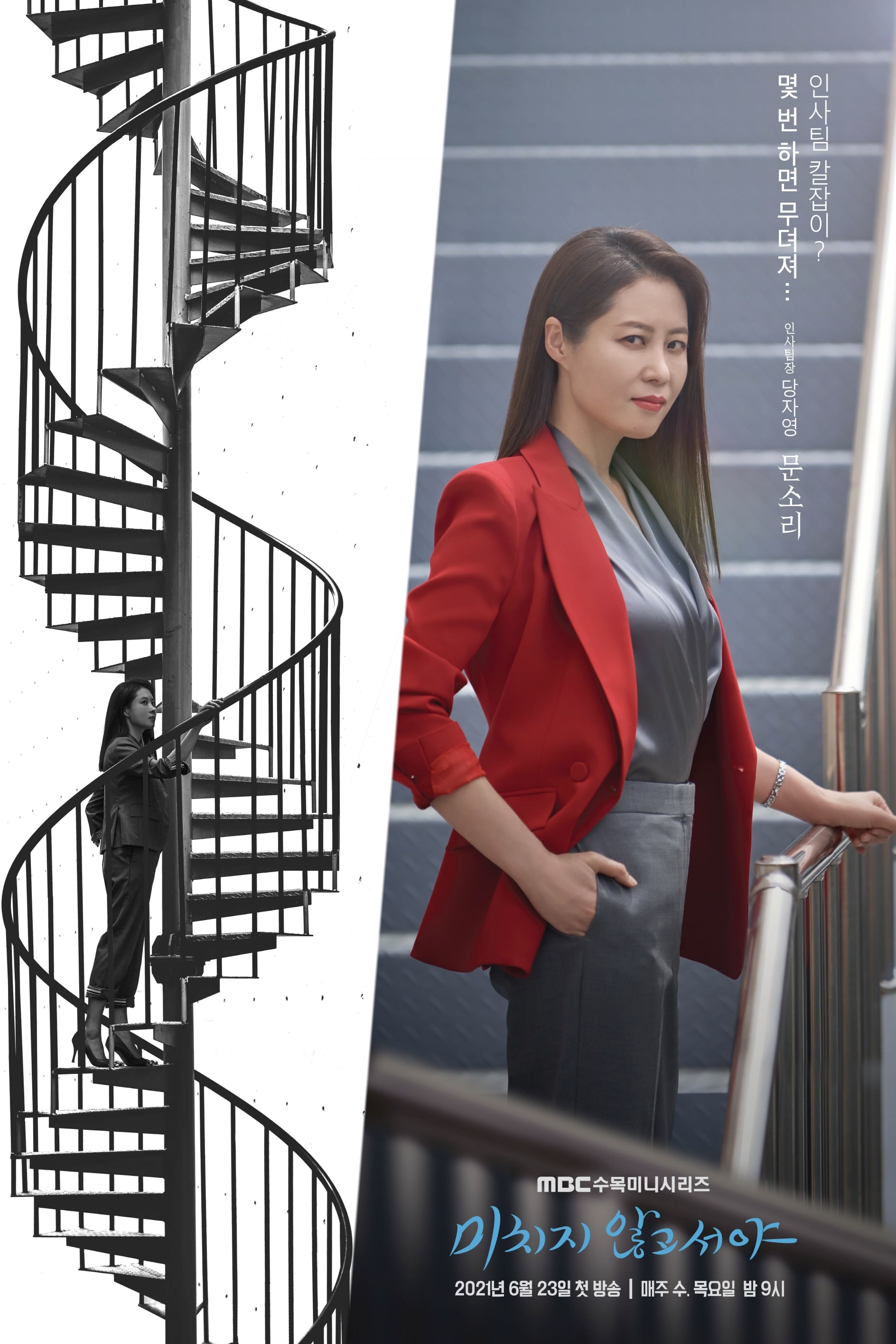 Lee Sang Yeob will transform into Han Se Kwon, Dang Ja Young’s ex-husband, who is an outwardly extravagant but an inwardly insecure character. Han Se Kwon is the youngest development team leader who seamlessly received promotions thanks to his eloquence and ability to handle situations.

His poster features him on a bike holding a robot vacuum cleaner box, looking like he has an ace up his sleeve. It reads, “I’m Han Se Kwon. The hero of the 1 million dishwasher sale myth.” Han Se Kwon is a character who can get anything he wants through any means, but still has insecurities that others don’t know about. 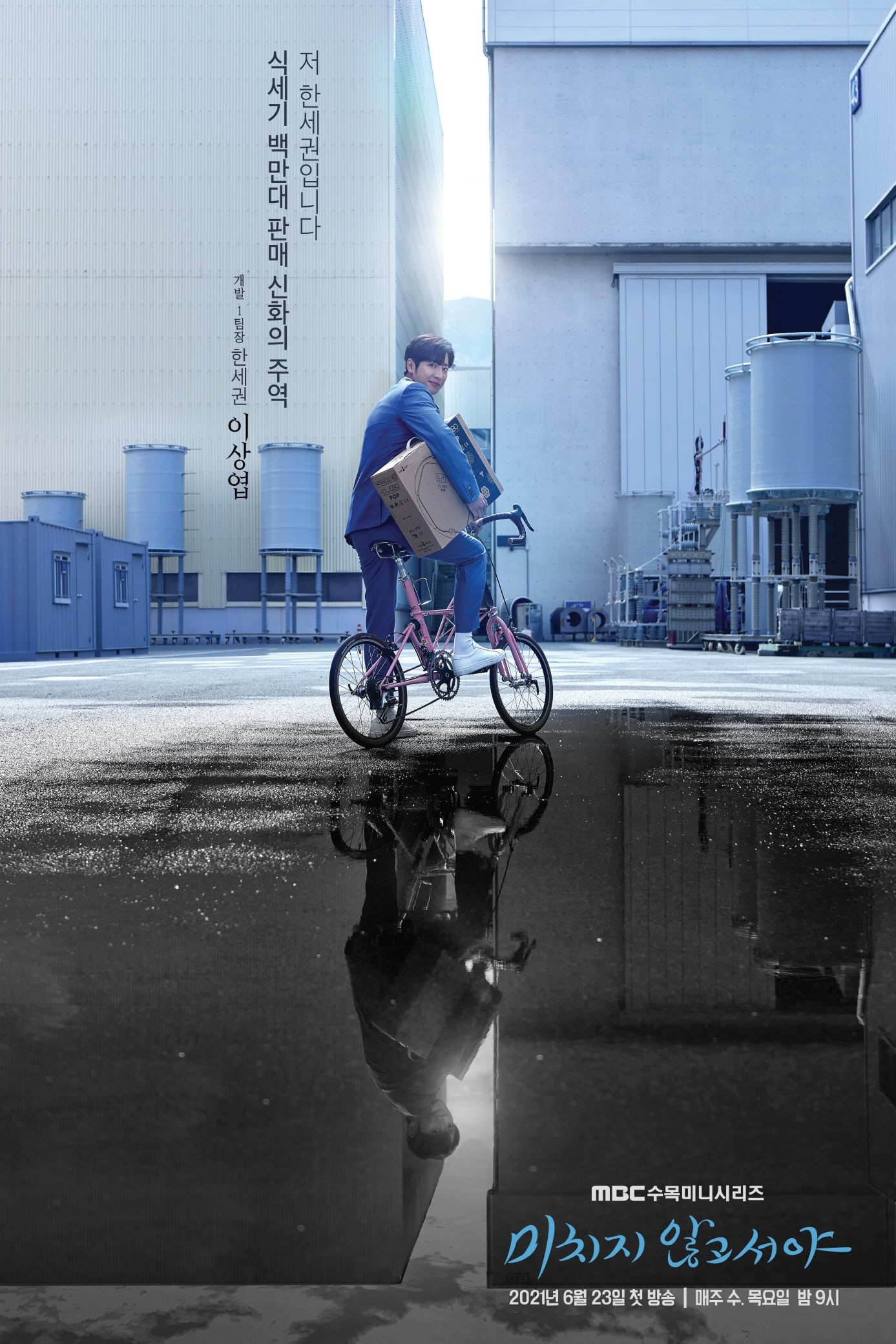 The producers of “On the Verge of Insanity” commented, “This is the story of average office workers who have passed their prime and are faced with the downhill period of their lives, that may also lead into turning points. Their struggles as they try to navigate their changing workplace will offer many laughs and relatable points. Please look forward to the realistic characters that will make viewers laugh and cry.”

MBC’s “On the Verge of Insanity” premieres on June 23 at 9 p.m. KST and will be available on Viki!

Jung Jae Young
Moon So Ri
Lee Sang Yeob
On the Verge of Insanity
How does this article make you feel?