“Youth Of May” Director Praises The Cast, Explains The Drama’s Ending, And More

Director Song Min Yeob of KBS 2TV’s “Youth of May” shared his thoughts on the drama’s conclusion!

“Youth of May” is a romance drama about the fateful meeting of medical student Hwang Hee Tae (Lee Do Hyun) and nurse Kim Myung Hee (Go Min Si), who fall in love amid the whirlwind events of May 1980, a historically significant time period in South Korea. The drama ended on June 9 with solid average nationwide viewership ratings of 4.6 and 5.6 percent, which was close to its personal best of 5.7 percent.

In a recent interview, the director shared that he couldn’t believe that the drama had concluded, adding that it only felt real after seeing the premiere of “At a Distance Spring is Green.” Director Song Min Yeob continued, “I thought that I had to approach it carefully. In general, I wanted to express the truth without any inaccuracies or distortions. If you watch ‘Youth of May,’ the incidents aren’t portrayed in detail.”

He also shared, “There are still people around us who have experiences and thoughts of those incidents. Although they may each have different memories, it’s something we can’t make up as we please. I approached it carefully.” 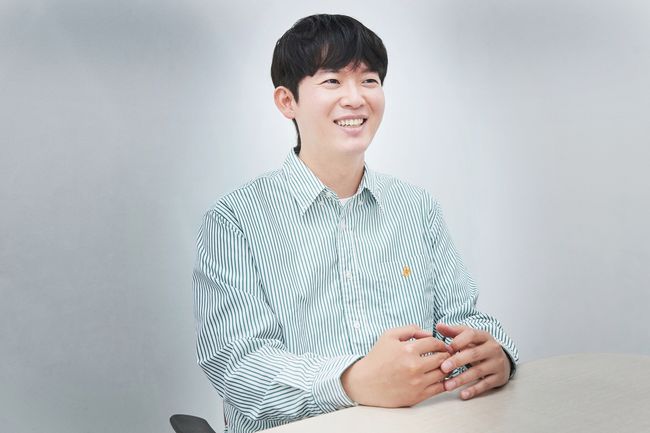 Director Song Min Yeob commented, “The casting is really important to the script. It changes depending on which actors play the roles.”

Regarding the cast, he shared, ” I doubt that anyone would else have portrayed it better than this. That’s why I’m grateful. Not just the leads, but everyone did well.” 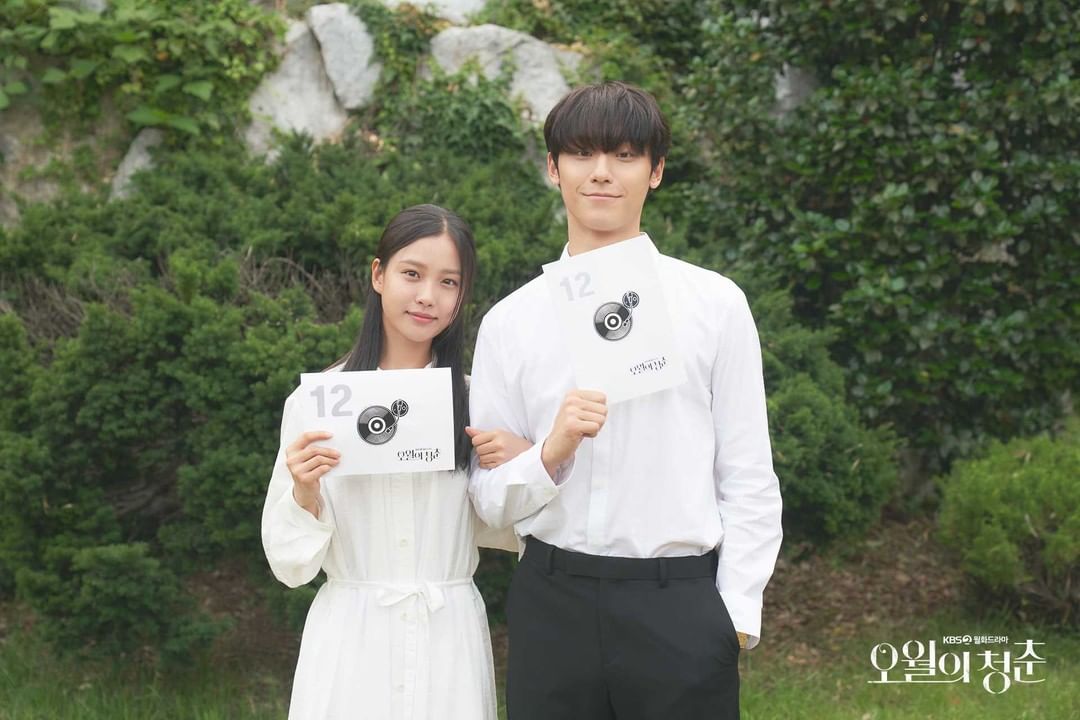 He elaborated, “I worked with Go Min Si and Geum Sae Rok for the first time. I think the two people are both great actresses. In the case of Lee Do Hyun, he was really familiar with his role of Hee Tae. He went into even more depth than me or the scriptwriter. Sometimes, I couldn’t answer Do Hyun’s questions. He understood Hee Tae to that extent.” 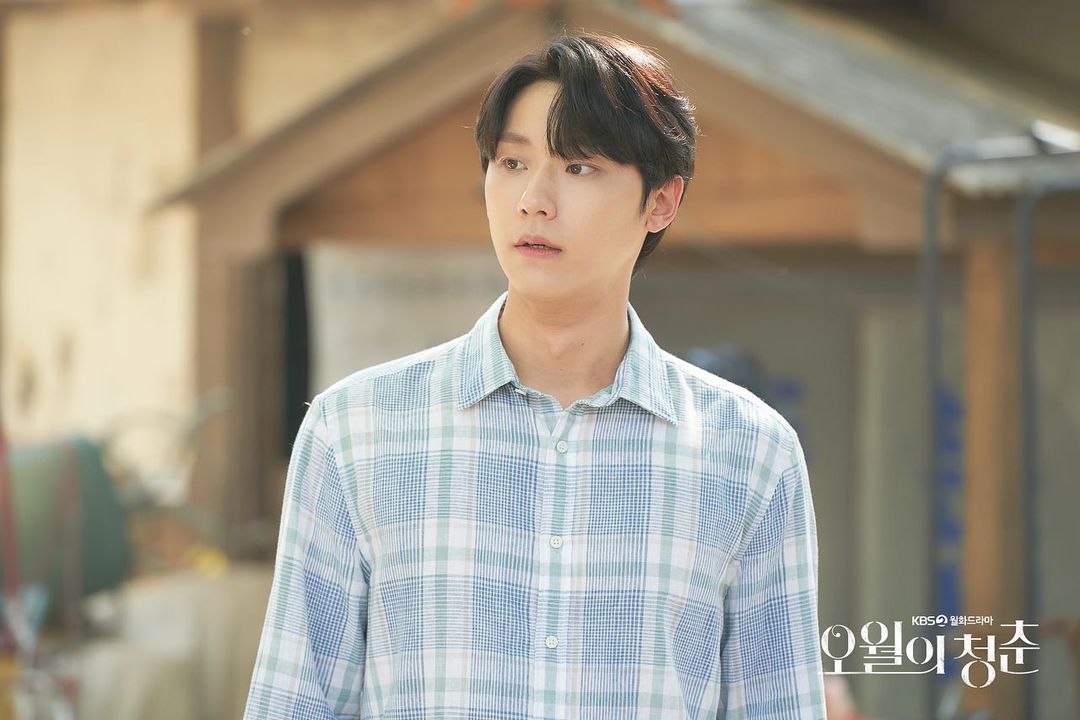 Producing director Song Min Yeob also expressed his gratitude towards Oh Man Seok, who portrayed the villain Hwang Ki Nam. he shared, “He’s one of the people I’m grateful towards in many aspects. It wasn’t an easy role to portray, and there were many difficult scenes. He used satoori (Korean word for regional dialect), even though there was barely any in the script. When he was angry or emotional, he used satoori. He expressed it well to the point that it was scary.”

Since the cast and staff were mostly younger than him, director Song Min Yeob shared that he felt pressured to lead the set. However, Oh Man Seok was of great support to him. He shared, “Ki Nam was scary, but Oh Man Seok felt like an older brother. I asked him for his opinions a lot. People who know already know, but he’s actually a very cheerful person.” 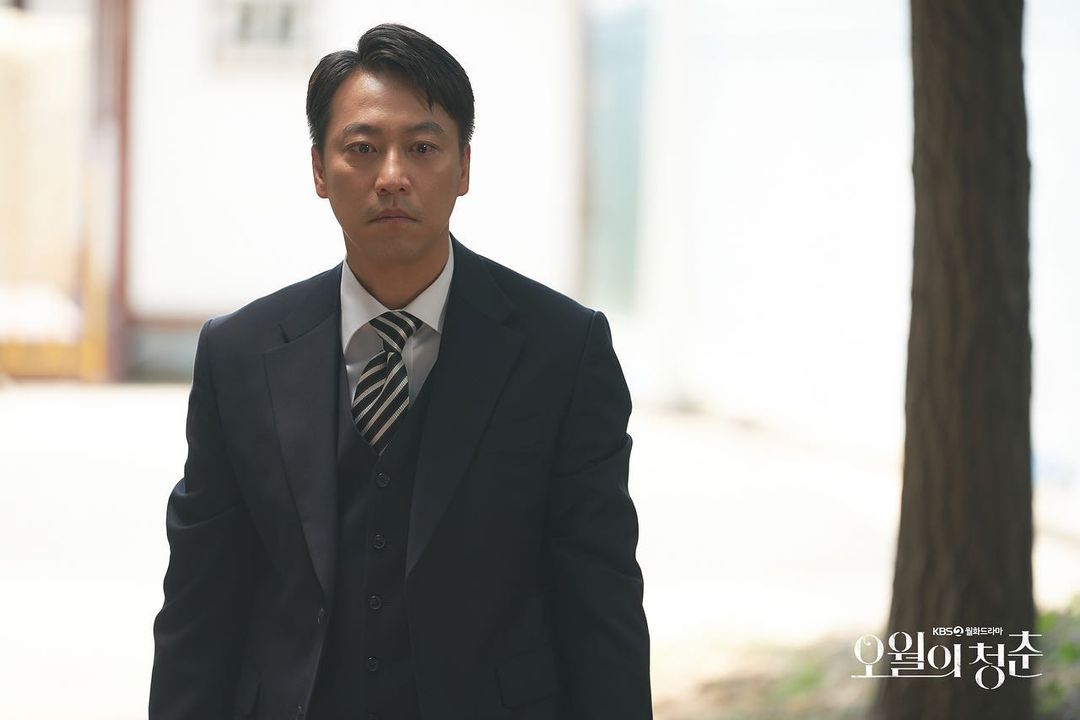 When asked why Hwang Ki Nam’s present state isn’t revealed in the drama, the director shared, “Whether Ki Nam lived well or died, he was one of the main perpetrators. When thinking of that, I thought that depicting how Hwang Ki Nam is living in the present could make some people very uncomfortable. That’s why I wondered if it would really be worth showing Hwang Ki Nam in 2021 if the viewers might feel uncomfortable.” 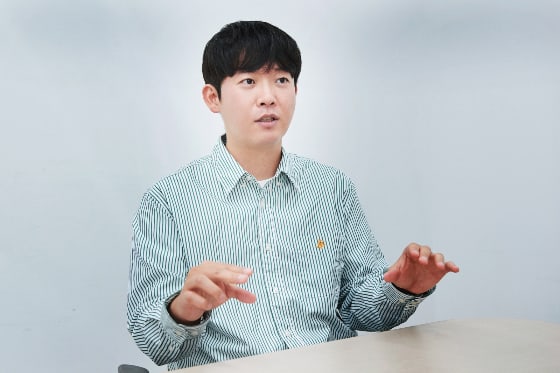 At the ending of the drama, Kim Myung Hee died by a gunshot wound from the martial law army. Afterwards, the drama portrayed the lives of Hwang Hee Tae, who loved Kim Myung Hee, and the people around them 40 years later, living with Kim Myung Hee in their hearts. Director Song Min Yeob explained that Kim Myung Hee’s death had already been decided from the first episode where her remains were shown. 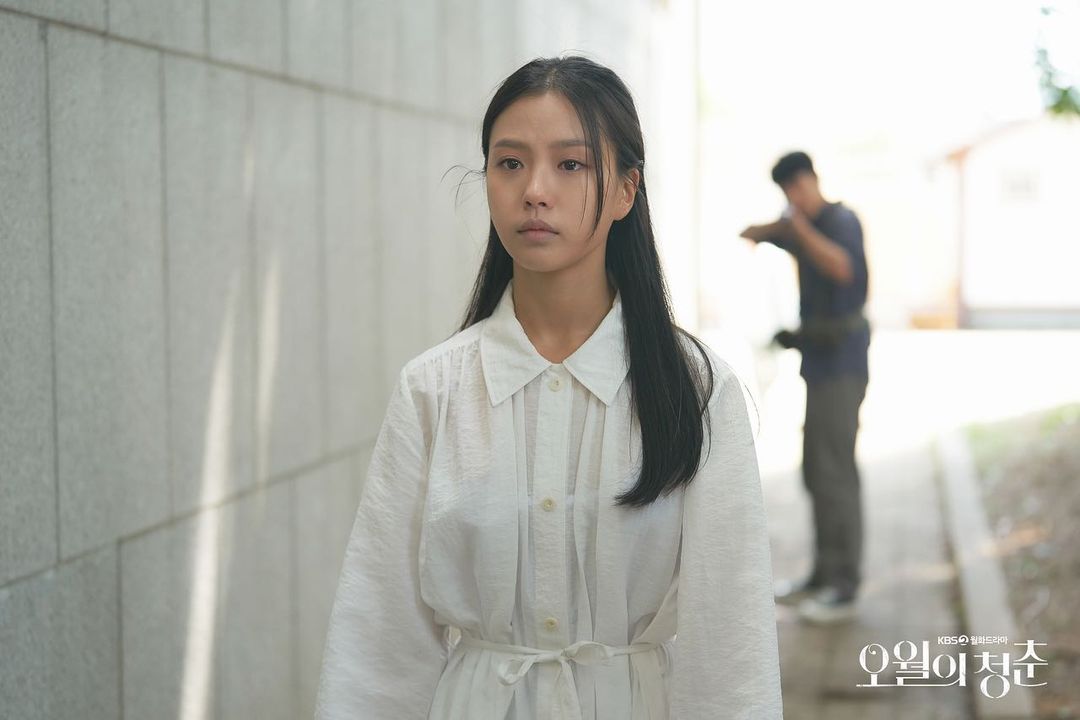 He shared, “After Myung Hee died, the drama shows the stories of the remaining people. The drama is trying to say that numerous people are living while carrying their own burdens. There were actual people like this. It was effective for Myung Hee to die in order to portray various people. Another reason why Myung Hee had to die was to bring out the emotions in the surrounding figures for the drama, and it’s the reason why they won’t forget even after time passes. That’s why she was killed even though it broke my heart. It’s a sad story, but I think that’s meaningful in its own way.” 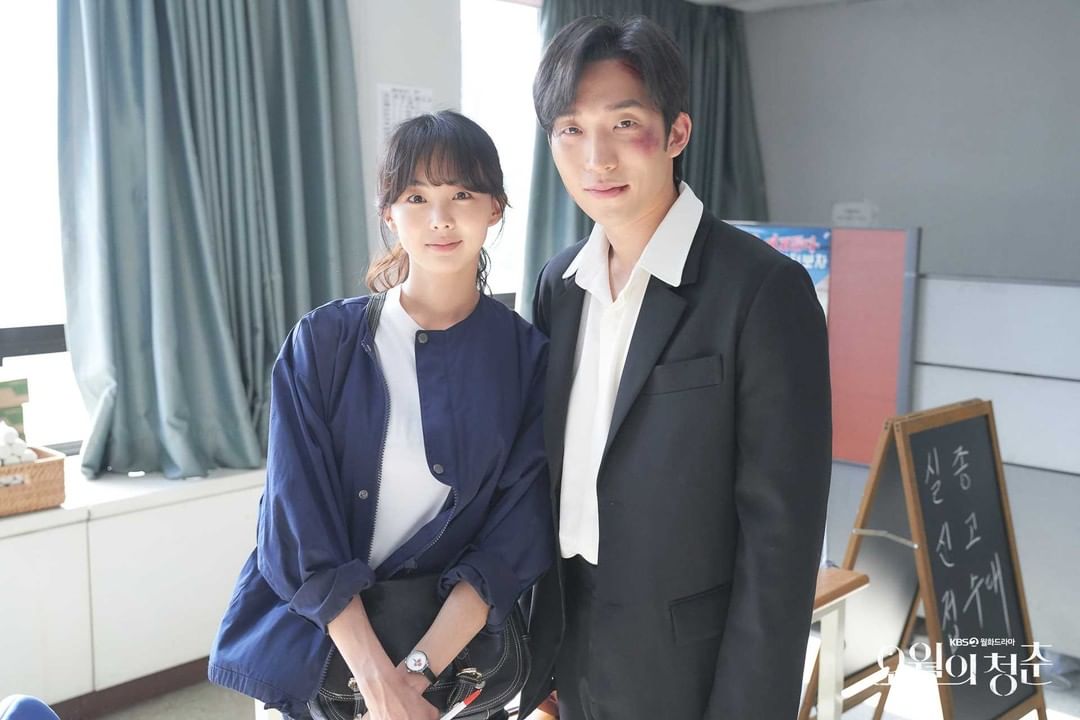 The director also shared that he wanted to leave the future of many characters to the viewers’ imagination, explaining that there were things he couldn’t portray since the drama was limited to 12 episodes. He expressed that he felt sorry that he had to edit out parts from all the actors. Director Song Min Yeob added, “In this project, I had a lot of figures I cherished. That’s why the 12 episodes felt short.” 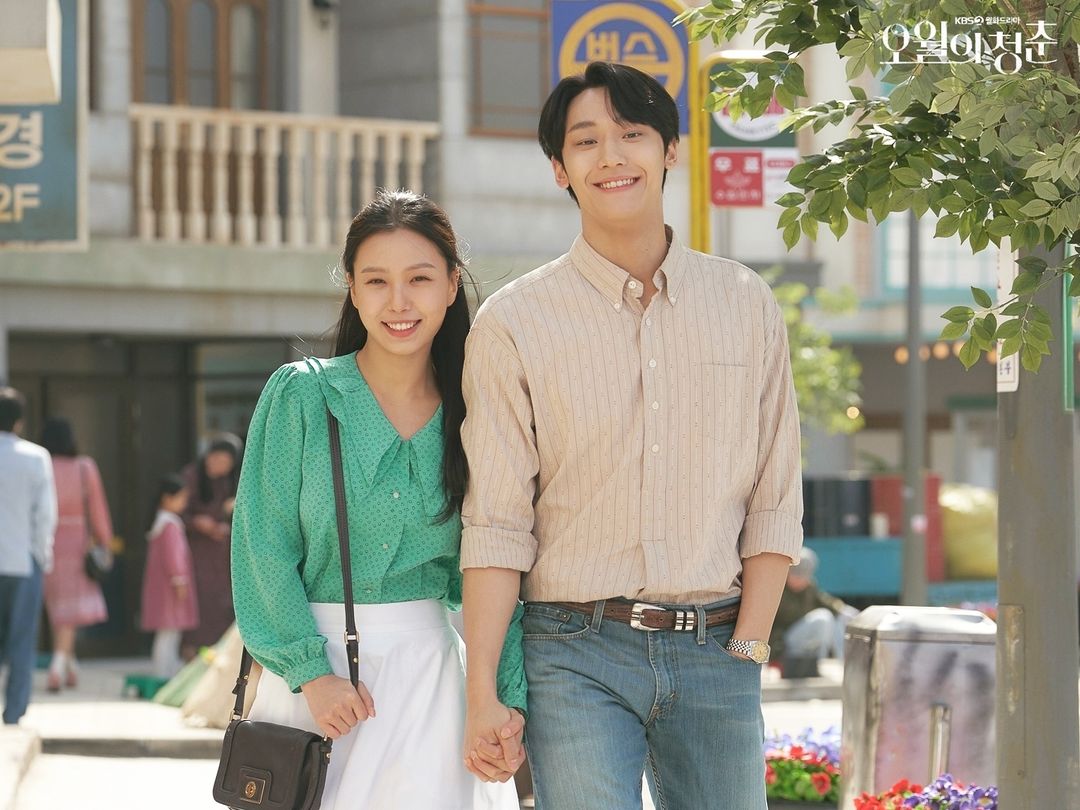 If you haven’t already, watch “Youth of May” below:

Oh Man Seok
Lee Do Hyun
Go Min Si
Geum Sae Rok
Youth of May
How does this article make you feel?