Get ready for an emotional episode of KBS 2TV’s “Imitation”!

On the previous episode of “Imitation,” Lee Ma Ha (played by Jung Ji So) and Kwon Ryoc (played by U-KISS’s Lee Jun Young) were forced to grow apart despite their burgeoning feelings for one another. Due to the nature of their jobs as idols, the Tea Party members worried about how SHAX’s fans might react if they found out about their budding romance, and Lee Ma Ha ultimately made up her mind to keep her distance from Kwon Ryoc.

However, at the very end of the episode, Kwon Ryoc suddenly became distracted during filming after seeing Lee Ma Ha on set—leading to a serious car accident that took place right before Lee Ma Ha’s horrified eyes.

In newly released stills from the drama’s upcoming episode, Lee Ma Ha is no longer able to hide her emotions following Kwon Ryoc’s accident. Without worrying about the consequences, Lee Ma Ha unhesitatingly rushes to Kwon Ryoc’s side—and when she sees him lying unconscious in the hospital, she breaks down in tears.

The producers of “Imitation” teased that the accident would mark a critical turning point in the two idols’ relationship, commenting, “Jung Ji So and Lee Jun Young’s will-they-or-won’t-they relationship has been giving many people heartache. This accident will lead to a huge change in their relationship. Please look forward to today’s broadcast.” 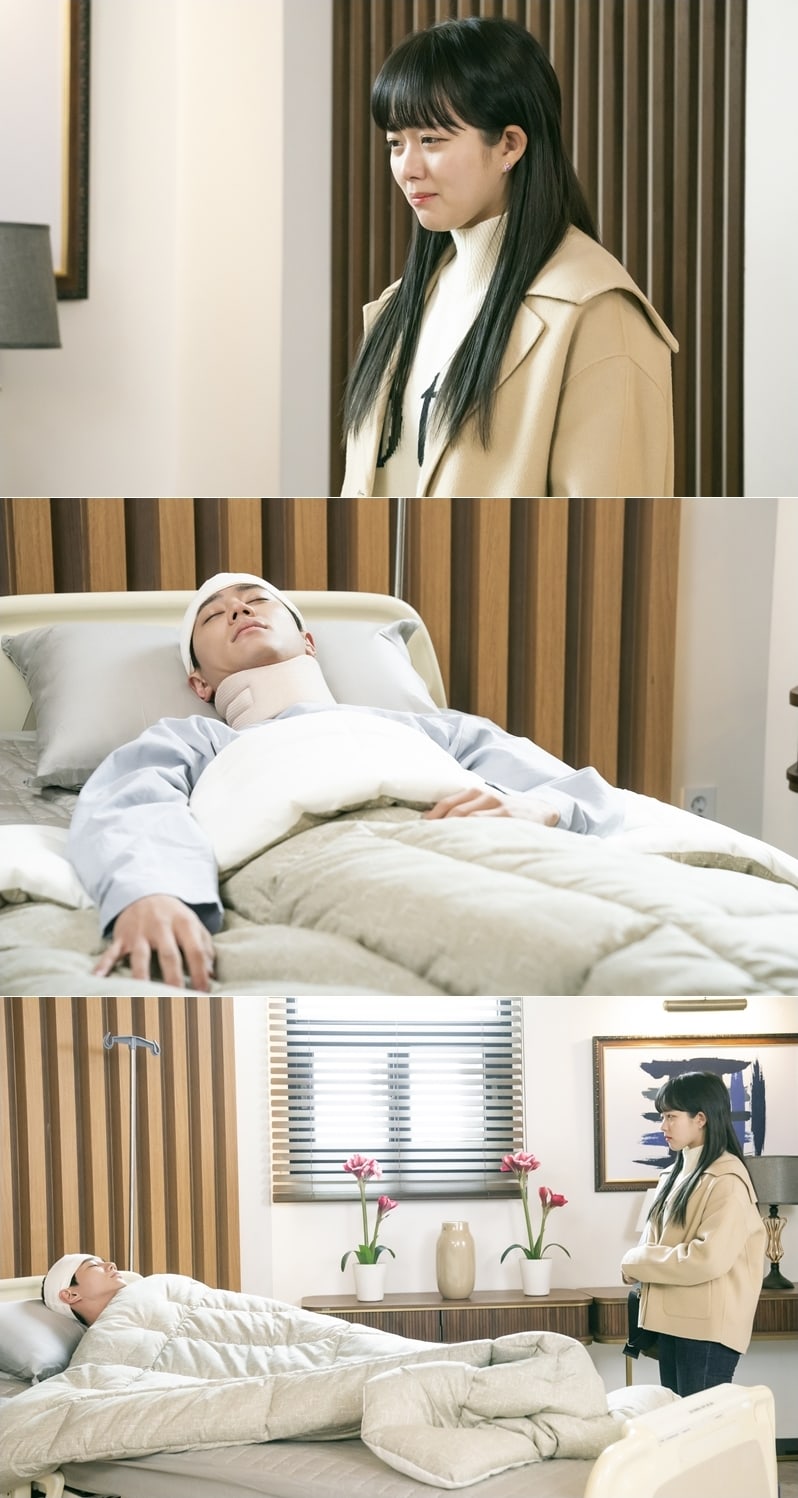