SBS’s “The Penthouse 3” has shared a sneak peek of a tense encounter between Uhm Ki Joon and On Joo Wan!

The identity of Baek Joon Gi (On Joo Wan) is being revealed bit by bit. In the first episode, the shocking past of Joo Dan Tae (Uhm Ki Joon) came to light. He had killed Baek Joon Gi’s parents and stolen their assets, and his real name was actually Baek Joon Gi. Baek Joon Gi came to Korea with Logan Lee (Park Eun Seok), but he had to hide his identity after Logan Lee got involved in an explosive accident. Towards the end of the previous episode, Baek Joon Gi went to the restaurant Joo Dan Tae was at and aimed a gun at him but failed to shoot his target.

In newly released stills from the drama’s upcoming episode, Baek Joon Gi and Joo Dan Tae finally come face-to-face with each other. Baek Joon Gi joins the meeting that includes Joo Dan Tae, Lee Gyu Jin (Bong Tae Gyu), Ha Yoon Chul (Yoon Jong Hoon), and Yoo Dong Pil (Park Ho San) to discuss the redevelopment area. Everyone seems to be getting along and having a good time except for Joo Dan Tae. He can’t hide his nervousness, and he shoots a sharp glare at Baek Joon Gi. This raises questions about how Baek Joon Gi even came to be part of this gathering from the first place. 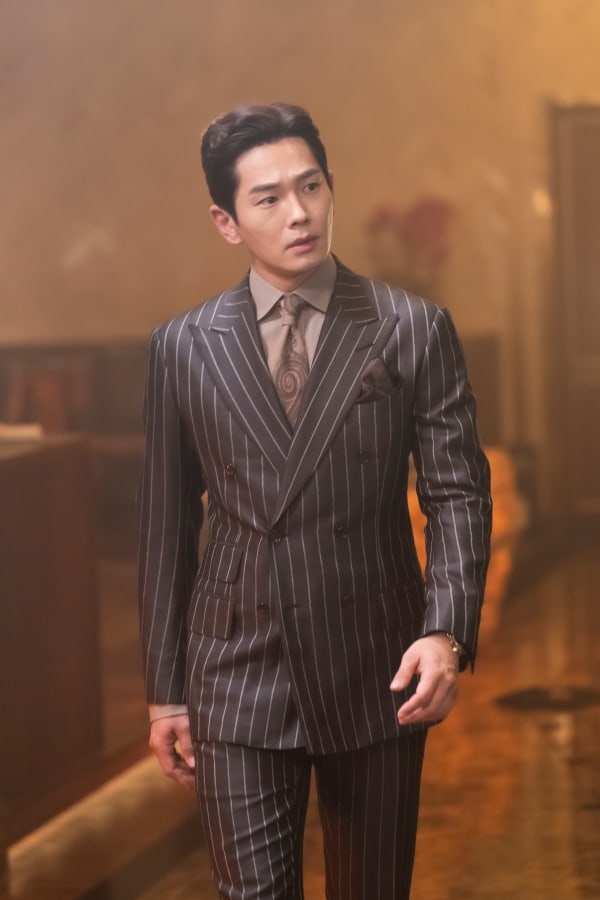 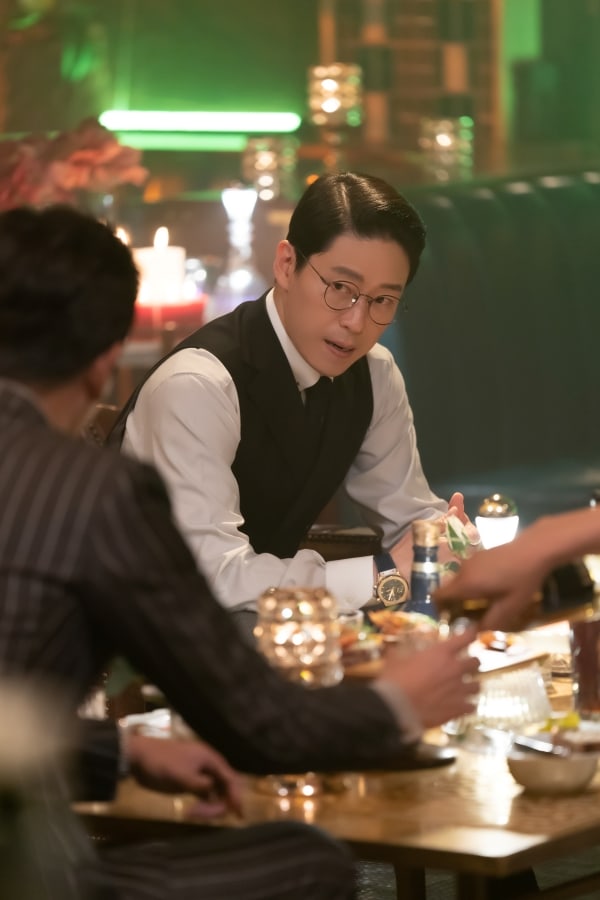 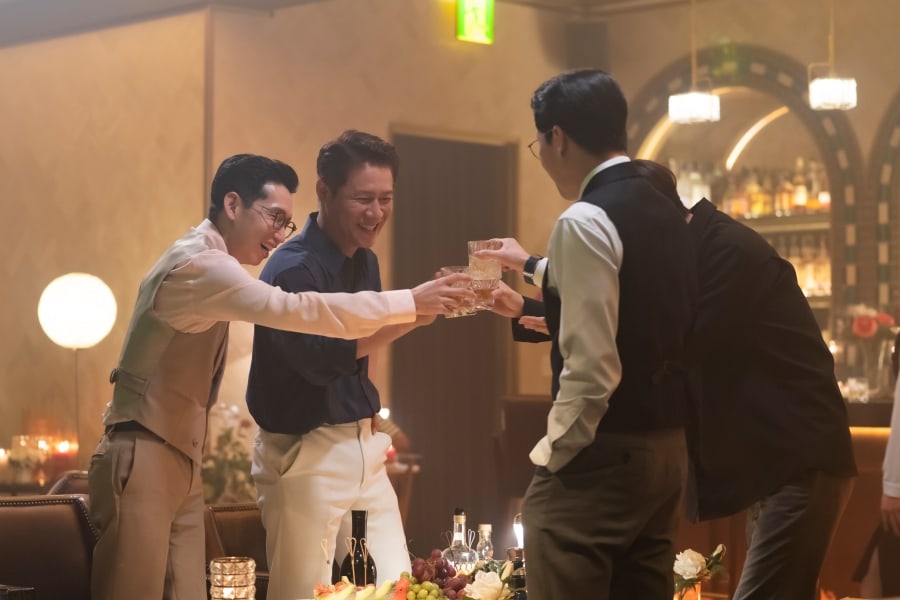 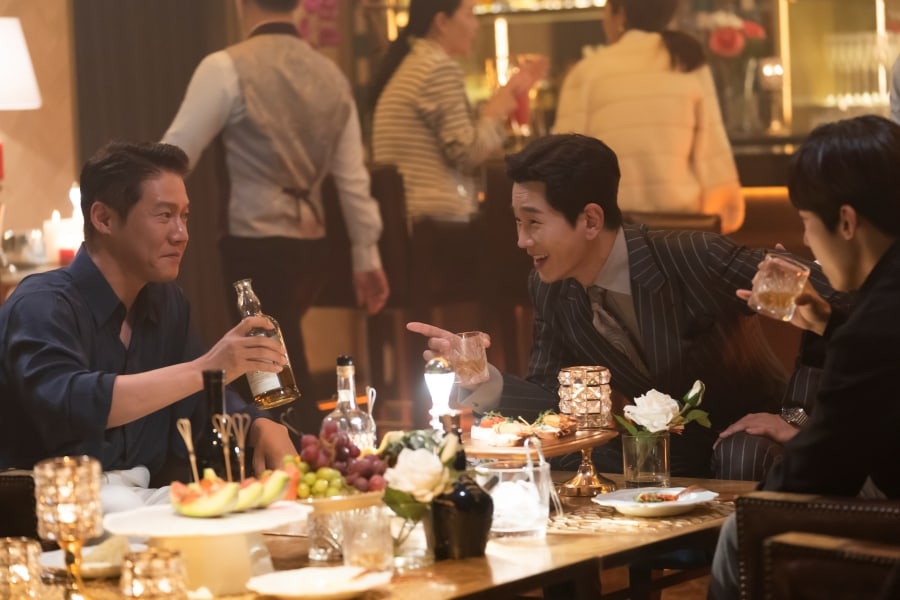 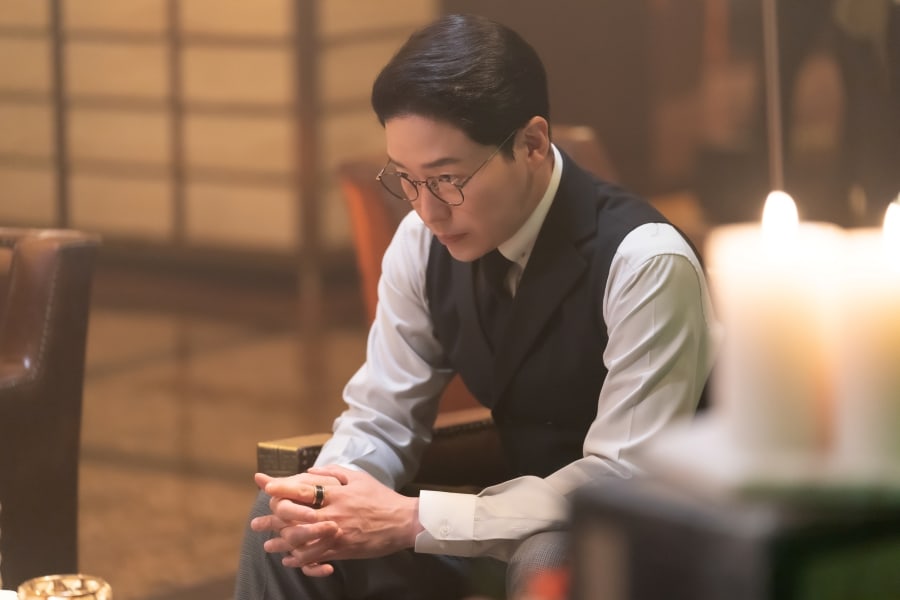 Uhm Ki Joon, Bong Tae Gyu, and Yoon Jong Hoon impressed viewers with their skillful acting skills and teamwork all throughout the series. Their friendship only grew stronger with the addition of Park Ho San and On Joo Wan. The five actors warmed up the atmosphere by exchanging jokes, but once filming started, they quickly immersed into their roles and acted in a mood that grew thick with tension.

The drama’s producers shared, “With the appearance of Baek Joon Gi, who knows about Joo Dan Tae’s past, Hera Palace will be shaken. Please check out their hidden story in tonight’s episode.”