“So I Married the Anti-Fan” shared a glimpse of the final episode!

In the upcoming final episode of the drama, JJ (2PM’s Chansung) will surprise everyone with his new attitude towards Who Joon.

Previously, JJ threw himself to protect Oh In Hyung (Han Ji An), who had stepped into the roadway in an attempt to take her own life. JJ miraculously regained consciousness, but he had ended up with aphasia, the inability to process language.

New stills reveal Who Joon devotedly taking care of JJ. Who Joon sweetly initiates conversations with him and even takes JJ on a stroll outside in his wheelchair. JJ looks back at Who Joon with a calm gaze that contrasts with his icy stare of the past. It is said that JJ will even provide encouragement and reassurance to Who Joon, who is about to embark on a new start. 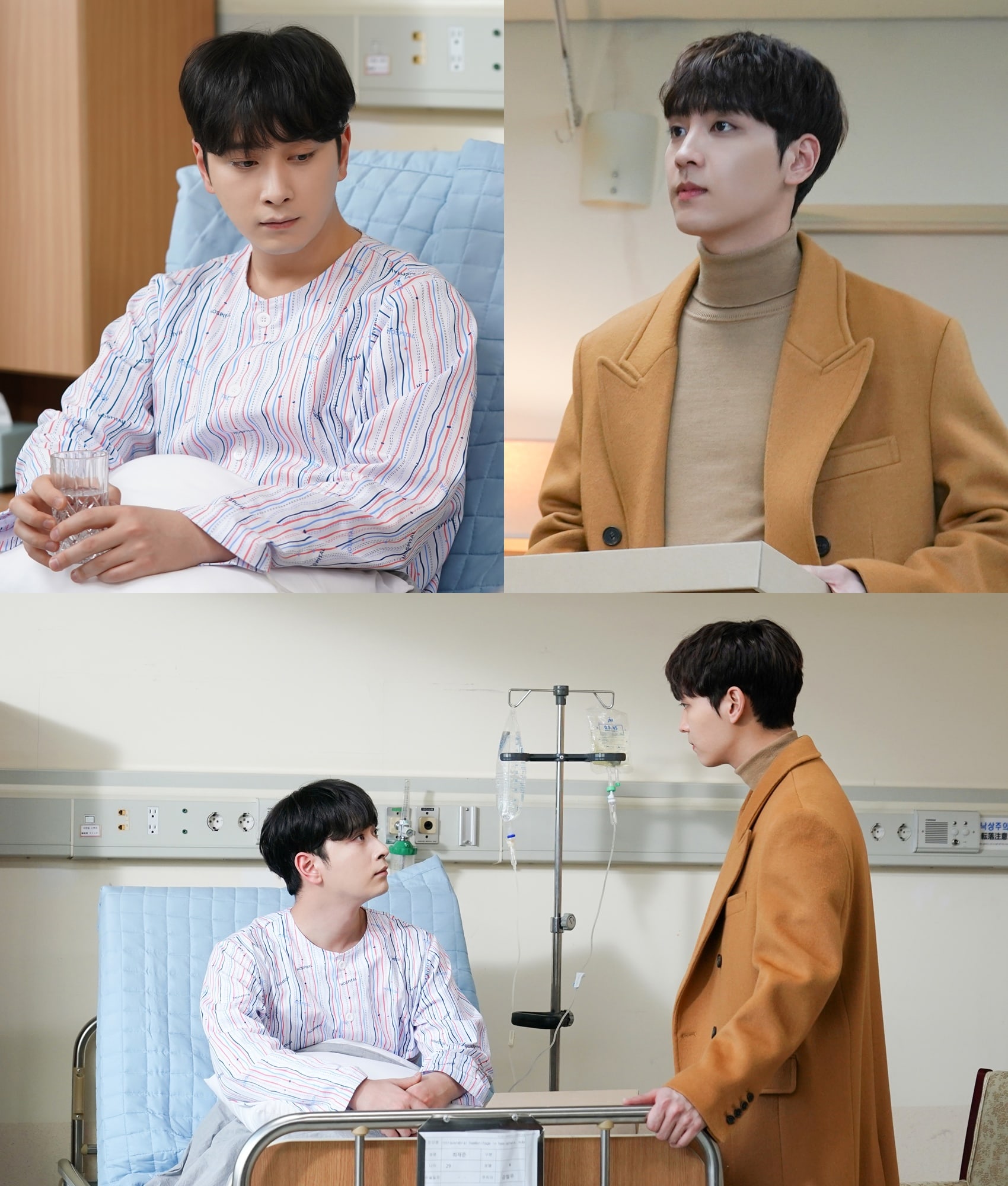 The drama’s production team revealed, “In today’s broadcast, Who Joon and JJ will settle their past that was tainted by misunderstandings. Please watch the episode to see how their friendship will unfold now that they have come full circle and have confirmed each other’s genuine feelings.”

“So I Married the Anti-Fan” has been bringing excitement to viewers every Friday and Saturday as the drama followed the story of the top star Who Joon and his “anti-fan” Lee Geun Young as well as the conflicts surrounding Who Joon, JJ, and Oh In Hyung. Now that the story is nearing its end, viewers are highly anticipating finding out what will happen to Who Joon and JJ’s friendship and what Who Joon will resolve to do for his new future.

Choi Tae Joon
2PM
Chansung
So I Married the Anti-Fan
How does this article make you feel?