tvN’s upcoming drama “The Devil Judge” has revealed a behind-the-scenes video of its first day of filming!

Kim Min Jung is the first person to greet the camera. She introduces her character Jung Sun Ah, who is Kang Yo Han’s nemesis and the executive director of the social responsibility foundation. Asked to share her thoughts on wrapping up her first day of filming, the actress comments, “I’m focusing most on acting well and making the many sides of Sun Ah appear like one person so that it can resonate with the viewers.”

Next is GOT7’s Jinyoung in the role of Kim Ga On, an associate judge. He shares, “I filmed a scene where I walk back home. From that moment on, I’ve been having a good time filming with the many seniors and colleagues.” The video cuts to a Jinyoung and a child actress waiting to film a scene together. He asks her if she wants chocolate, but she immediately shakes her head no. Jinyoung appears embarrassed as he looks into the camera and nods in acceptance. 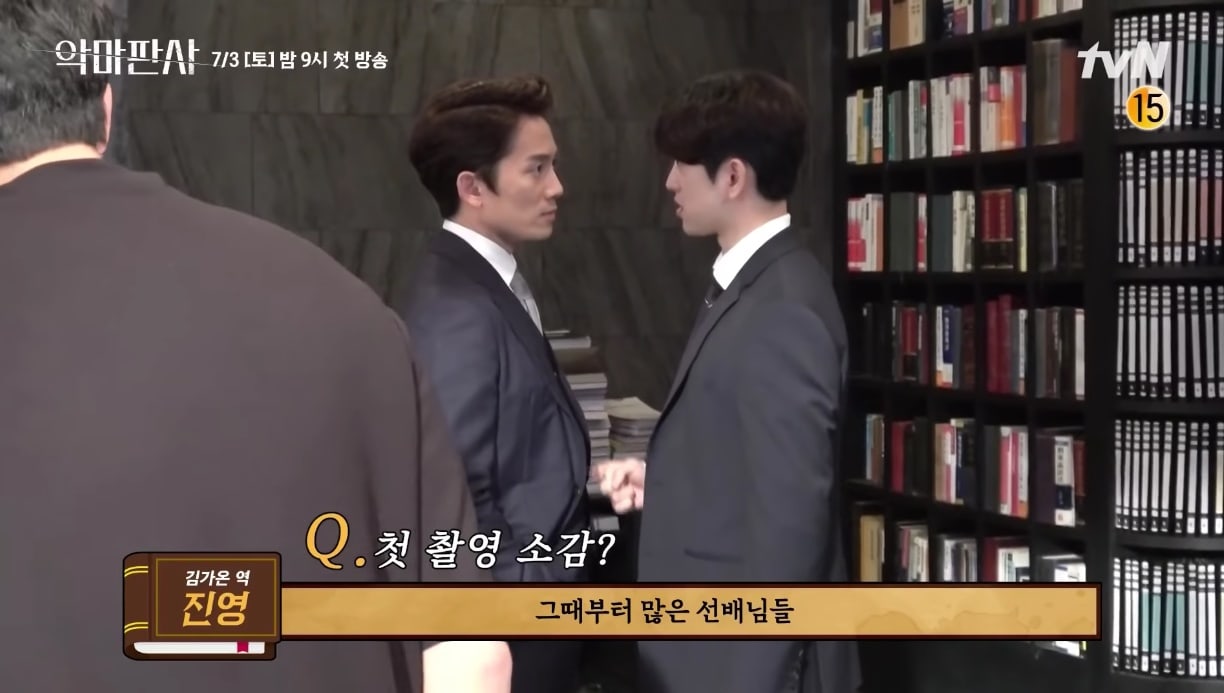 Park Gyu Young, playing detective Yoon Soo Hyun, “I’ve been meeting with my seniors, other actors, and the director I’m working with to have lots of talks with and read the script with. It finally felt like everything was coming to fruition, so it felt like a novel experience.”

Park Gyu Young is breathlessly running around for a scene, and she shares, “I have a feeling there will only be cuts of me running.”

Back to Kim Min Jung, she touches on the teamwork between the cast members. “It’s been a long time since Ji Sung and I have worked together. The viewers will probably be anticipating our chemistry and teamwork. You can look forward to it.” To prove her words true, behind-the-scenes footage of the pair are shown. When Kim Min Jung does a fancy turn while they are dancing together, Ji Sung lets out a laugh, and he later acknowledges, “It’s all my fault.” 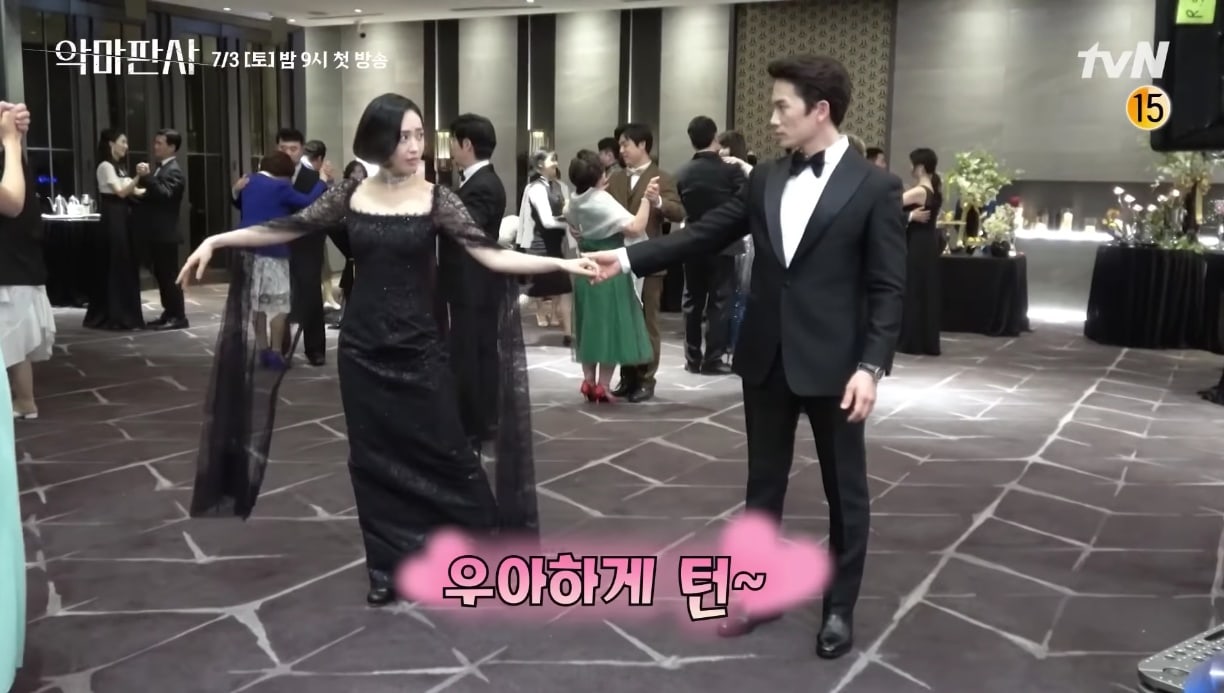 Meanwhile, Jinyoung comments, “Ji Sung and the director have been leading me so well. I’m having such a valuable and enjoyable experience that I feel like I should be paying tuition.”

On set, Ji Sung listens to Jinyoung’s concerns and relays them to the director. Ji Sung also gives Jinyoung meaningful advice, but Jinyoung is overwhelmed by all of the information and asks for some time to organize his thoughts. 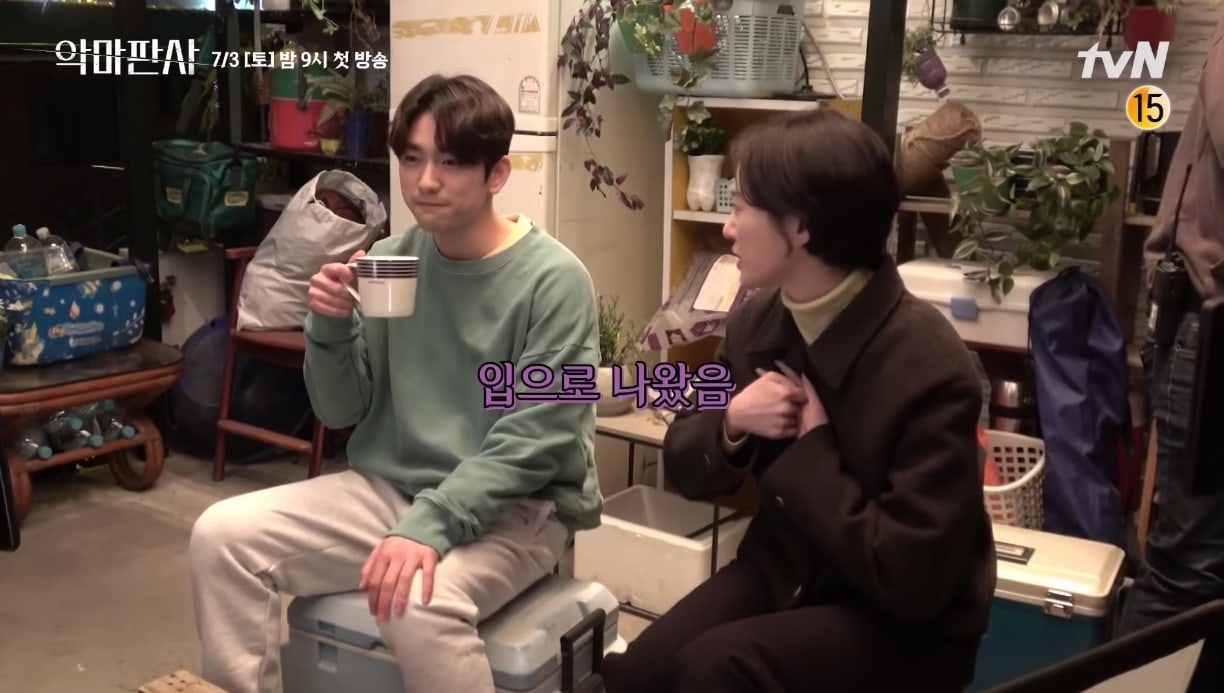 Finally, the actors ask viewers to look forward to the drama’s premiere on July 3.

“The Devil Judge” will be available on Viki. While you wait, watch a preview here!

Also check out Jinyoung in “When My Love Blooms“: