The previous episode saw Lee Kwang Shik (Jeon Hye Bin) deep in worry about her relationship with Han Ye Seul (Kim Kyung Nam) in order to protect her aunt Oh Bong Ja (Lee Bo Hee), as Oh Bong Ja was getting ready to marry Han Ye Seul’s father Han Dol Se (Lee Byung Joon). When Han Ye Seul suggested they go meet her aunt, Lee Kwang Shik went to the point of faking being hurt in order to stop him from going. She then grew despondent at the news that her aunt had set her wedding with Han Dol Se for the following month, unsure of what to do next.

The new stills show Lee Kwang Shik and Han Ye Seul deep in a conversation that ends with tears. Sitting at opposite sides of a table in a café, Lee Kwang Shik coveys her message to Han Ye Seul with a frosty expression. When Han Ye Seul reacts with tears, Lee Kwang Shik turns her head away. However, she soon bursts into tears after he leaves, clutching at her heart as her face crumples in distress. The emotions flowing back and forth between the pair leave viewers wondering about the fate of their relationship. 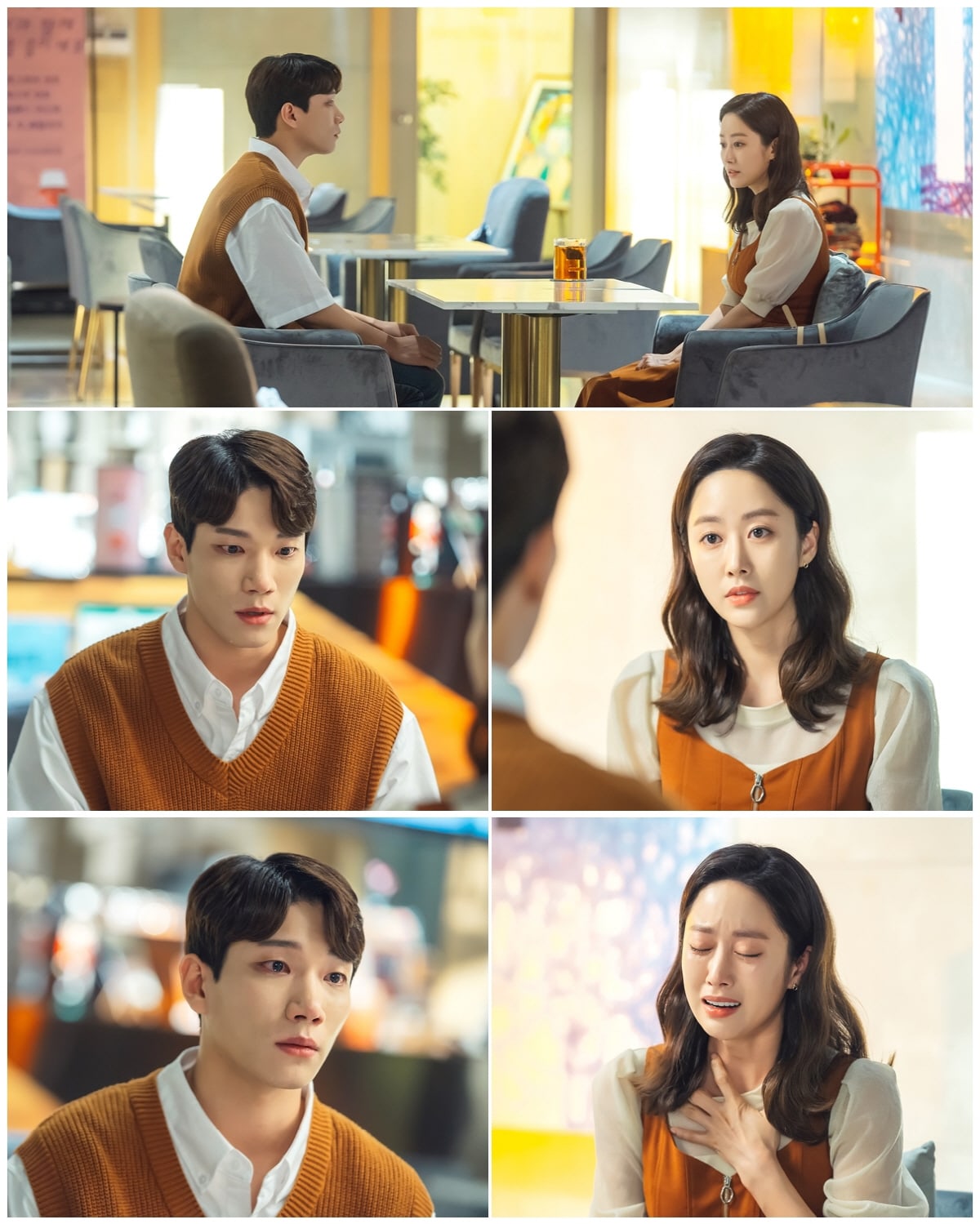 Jeon Hye Bin and Kim Kyung Nam were said to have had plenty of water and appeared nervous before filming the tearful scene. After quietly reviewing the script and getting in the right mood, the actors completed the scene perfectly in a single take. Even after the cameras stopped rolling, Jeon Hye Bin was said to have been unable to stop crying as she was too immersed in her emotions.

The drama’s producers commented, “Jeon Hye Bin and Kim Kyung Nam are actors who are skilled at expressing changes in extreme emotions in a detailed manner. Tune in to episode 28 of ‘Revolutionary Sisters’ to see how the two actors intensify the tension in the drama with their passionate acting skills.”