Jung So Min Talks About Relationship With Her Father, Ideal Type, And More

On the June 20 broadcast of SBS’s “My Little Old Boy,” Jung So Min shared insight into her personality!

During the broadcast, Jung So Min shared that she was admitted to Korea National University of Arts with top scores as a dance major. When asked if she had a rebellious stage during her school days, Jung So Min commented, “I really felt the need to break away after I reached my 30s. I felt, ‘I should have tried it. Should I try now at least?'” She continued, “Since my sibling who’s three years younger than me already did so, I couldn’t also do it. Even if I have a rebellious spirit in my heart, I tend not to put it into action. However, these days, those feelings are being ignited a little. I have a lot of thoughts.” 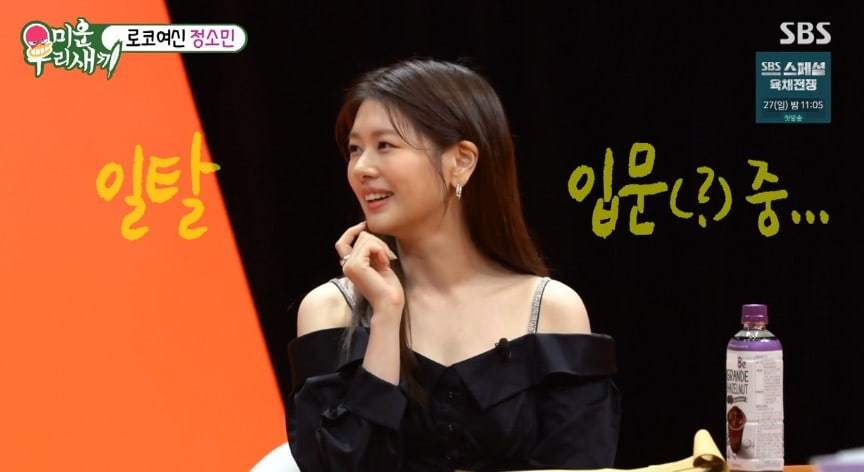 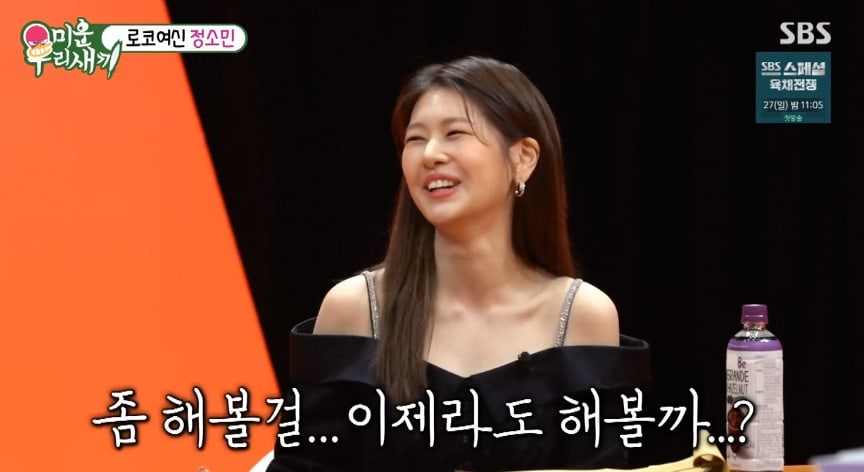 Jung So Min also revealed that she had an awkward relationship with her father for nine years because he had been against her becoming an actress. She explained, “Honestly, we weren’t very close originally too. My father is very taciturn. However, he’s now a father who’s loving of his daughter. I think he’s become more gentle with age.”

She continued, “At the peak of my awkwardness with my father, he was using the computer in his room. He was secretly watching the first advertisement I had filmed. I was watching behind him from afar, and my heart softened on its own.” 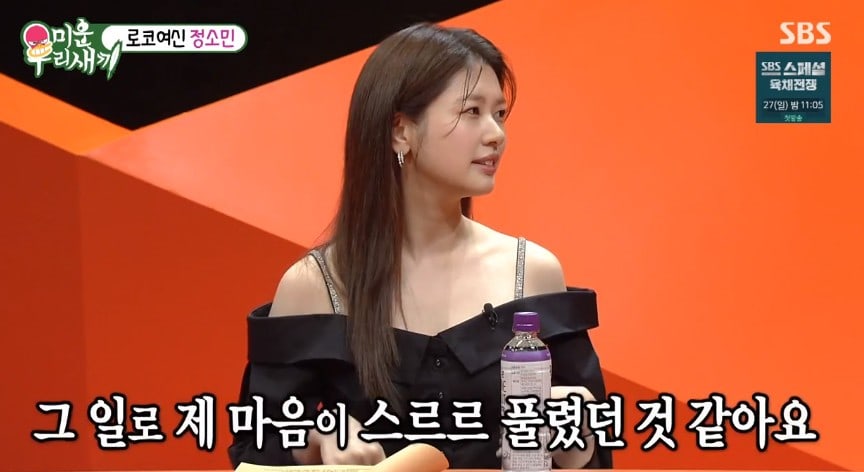 The actress explained that she enjoys spending three to four hours alone in her car, which is also her hideout. She elaborated, “I’m a person who needs her own separate space, but since I live with my parents, there’s times I don’t feel comfortable even in my room. Emotionally, I need my own space and time to myself.”

Previously, Jung So Min had picked Seo Jang Hoon as her ideal type. She explained, “When I appeared on ‘Ask Us Anything‘ a few years ago, I was physically exhausted. During break, Seo Jang Hoon warmly told me, ‘It’s hard, right? We’ll finish soon.’ I was able to gain energy thanks to that.” Shin Dong Yup commented, “I’m surprised. Seo Jang Hoon is definitely not the type of person to say that.” 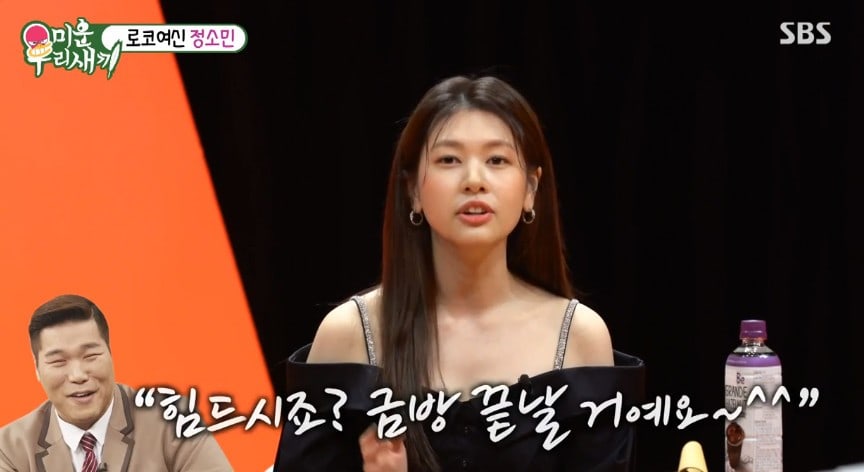 Jung So Min’s new drama “Monthly Magazine Home” airs every Wednesday and Thursday at 9 p.m. KST and will be available on Viki.

In the meantime, check out Jung So Min in “Fix You” here:

Watch the full episode of “My Little Old Boy” with English subtitles below:

Jung So Min
My Little Old Boy
How does this article make you feel?