On June 22, Unnies Truck revealed on their Instagram that Lee Jae Wook had gifted Ahn Hyo Seop a coffee truck for the cast and crew of “Hong Chun Gi” to enjoy. The banner next to the coffee truck reads, “I am cheering on all the cast and crew members of the drama ‘Hong Chun Gi’!” There is an adorable photo of Ahn Hyo seop with his cat on the coffee sleeves, and they read, “Way to go, Ahn Hyo Seop!” 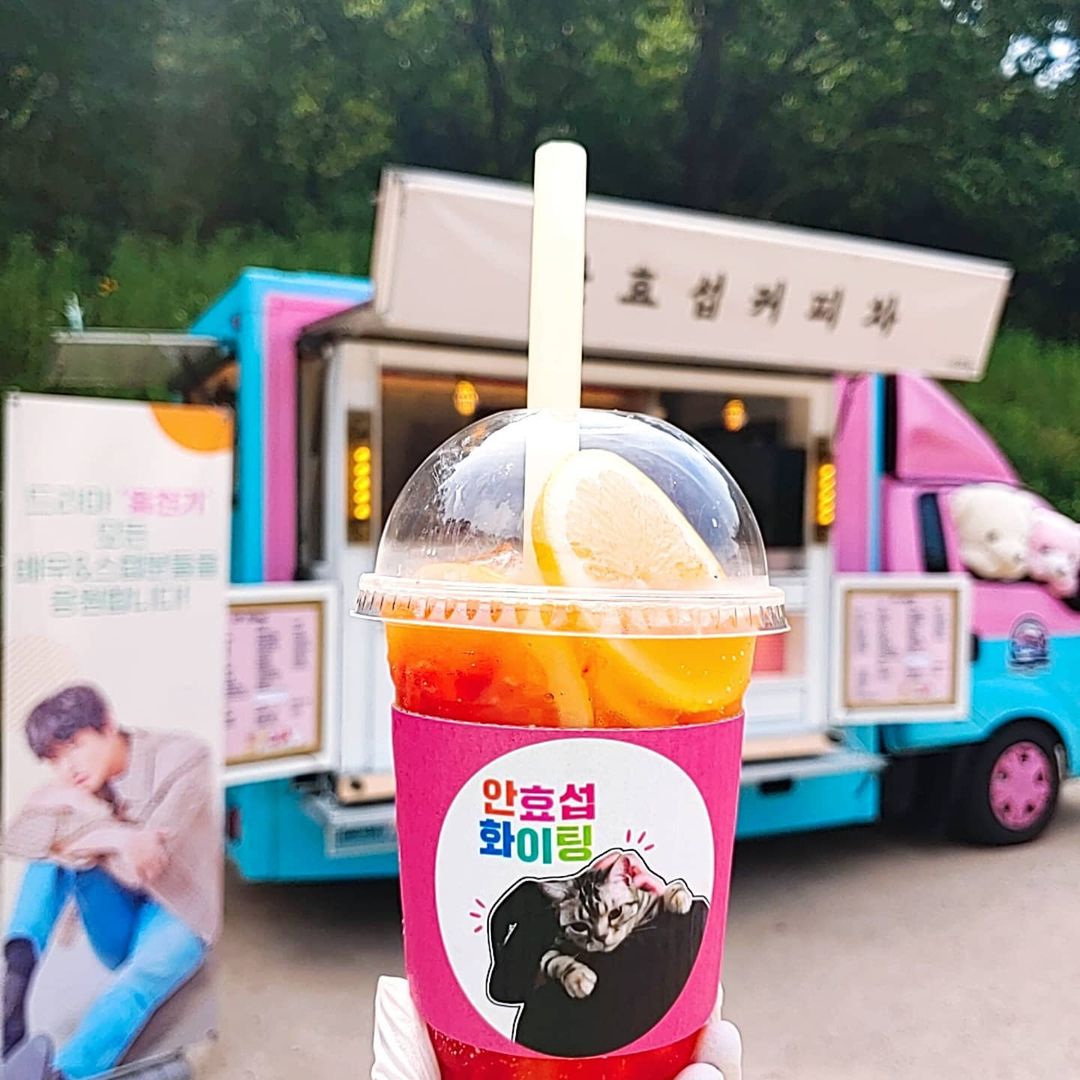 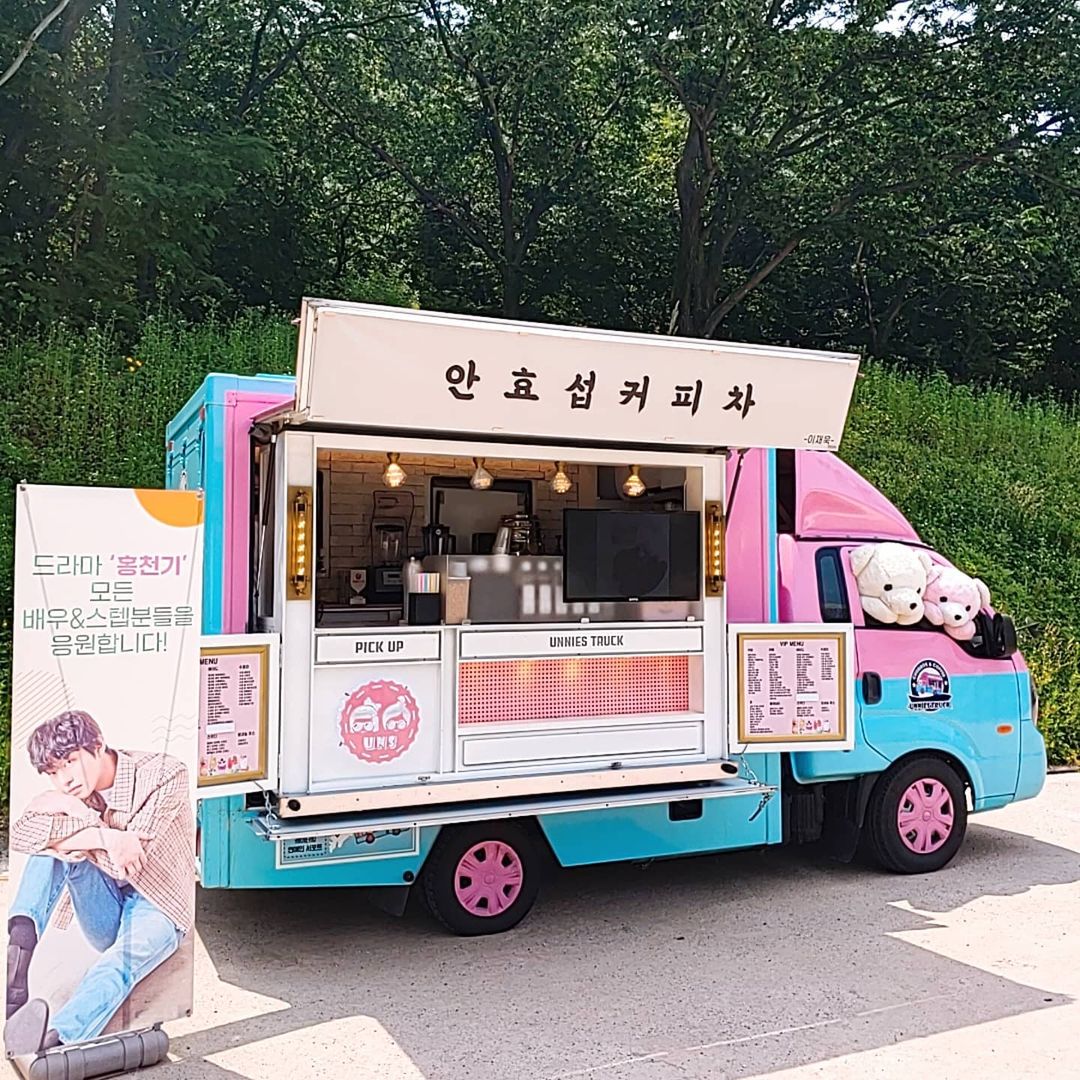 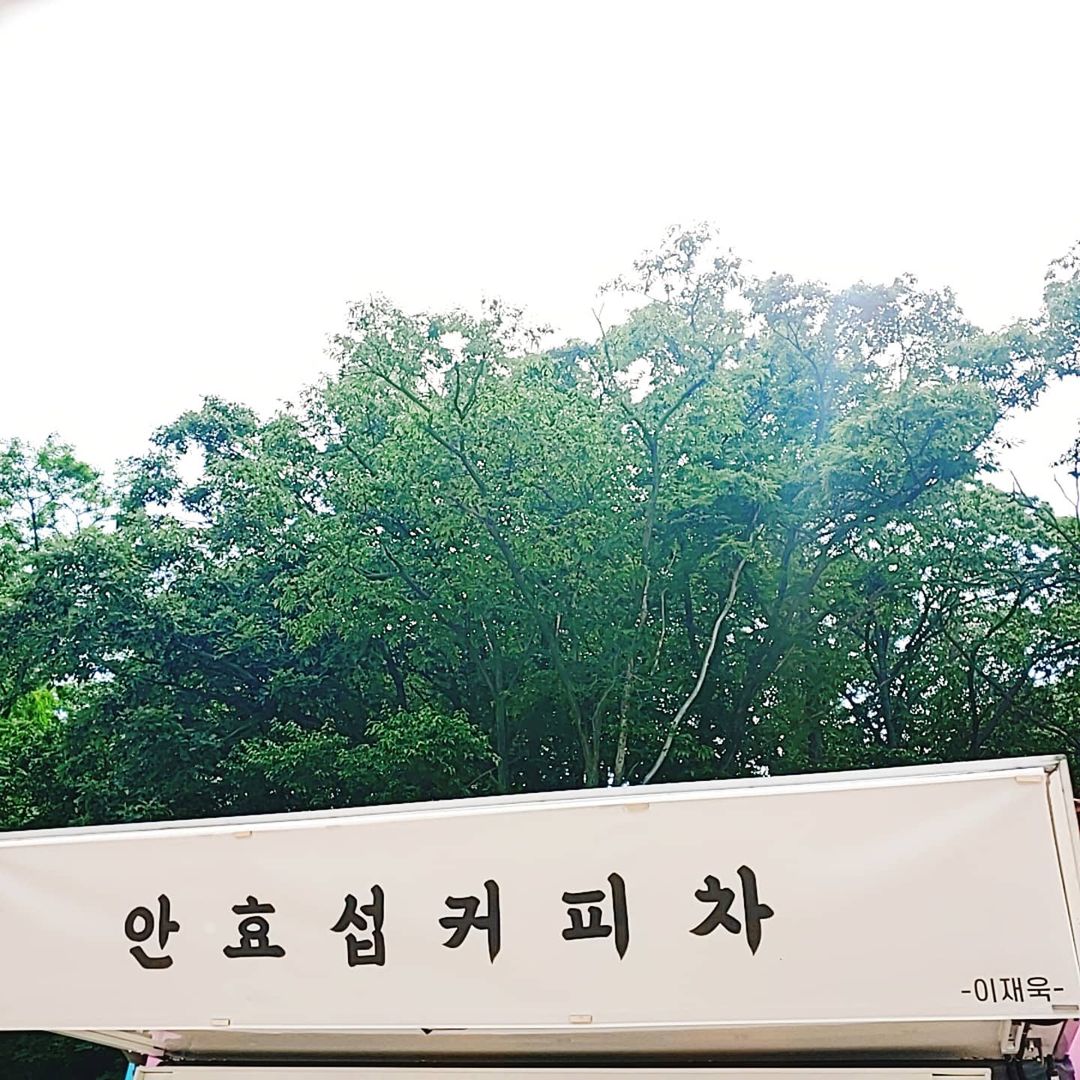 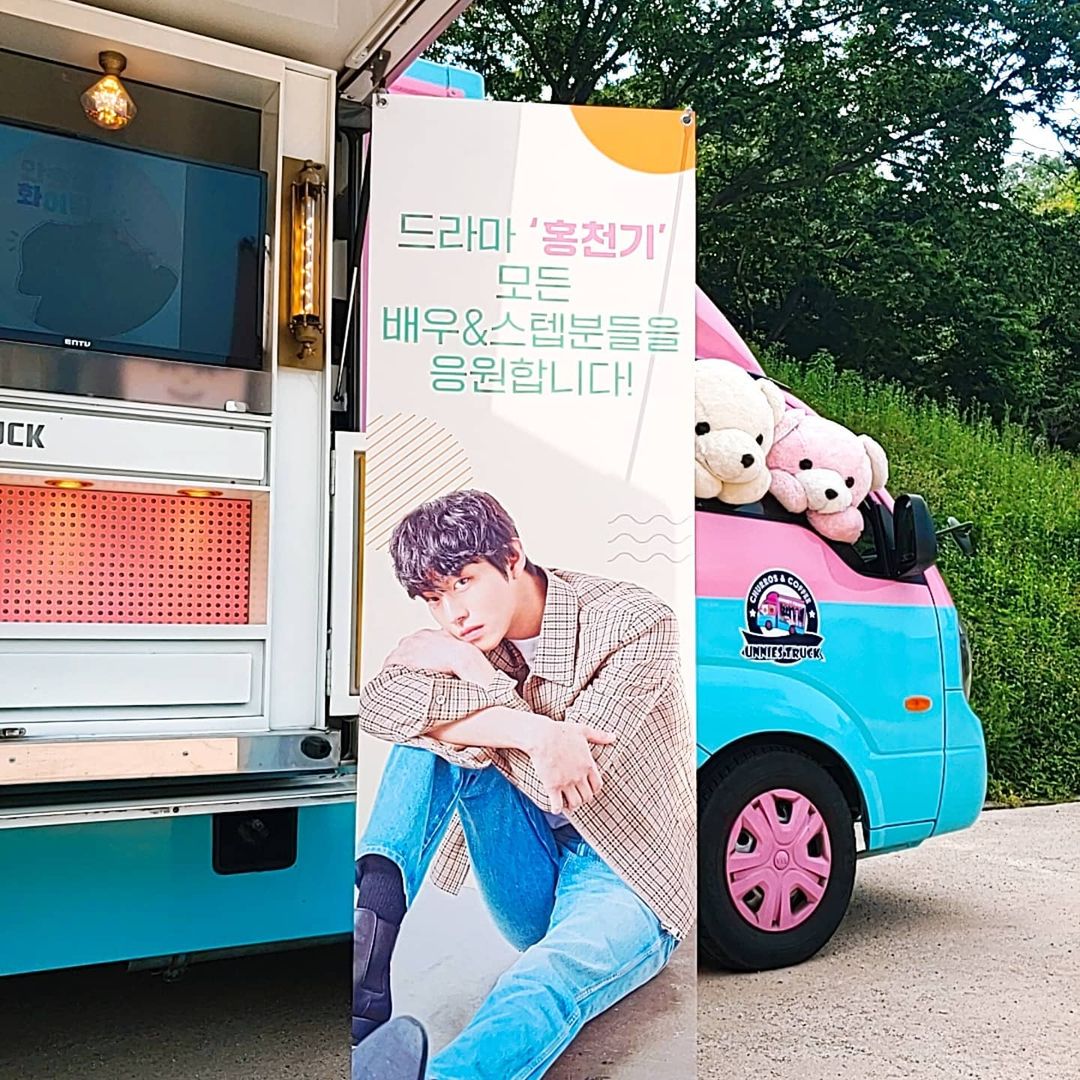 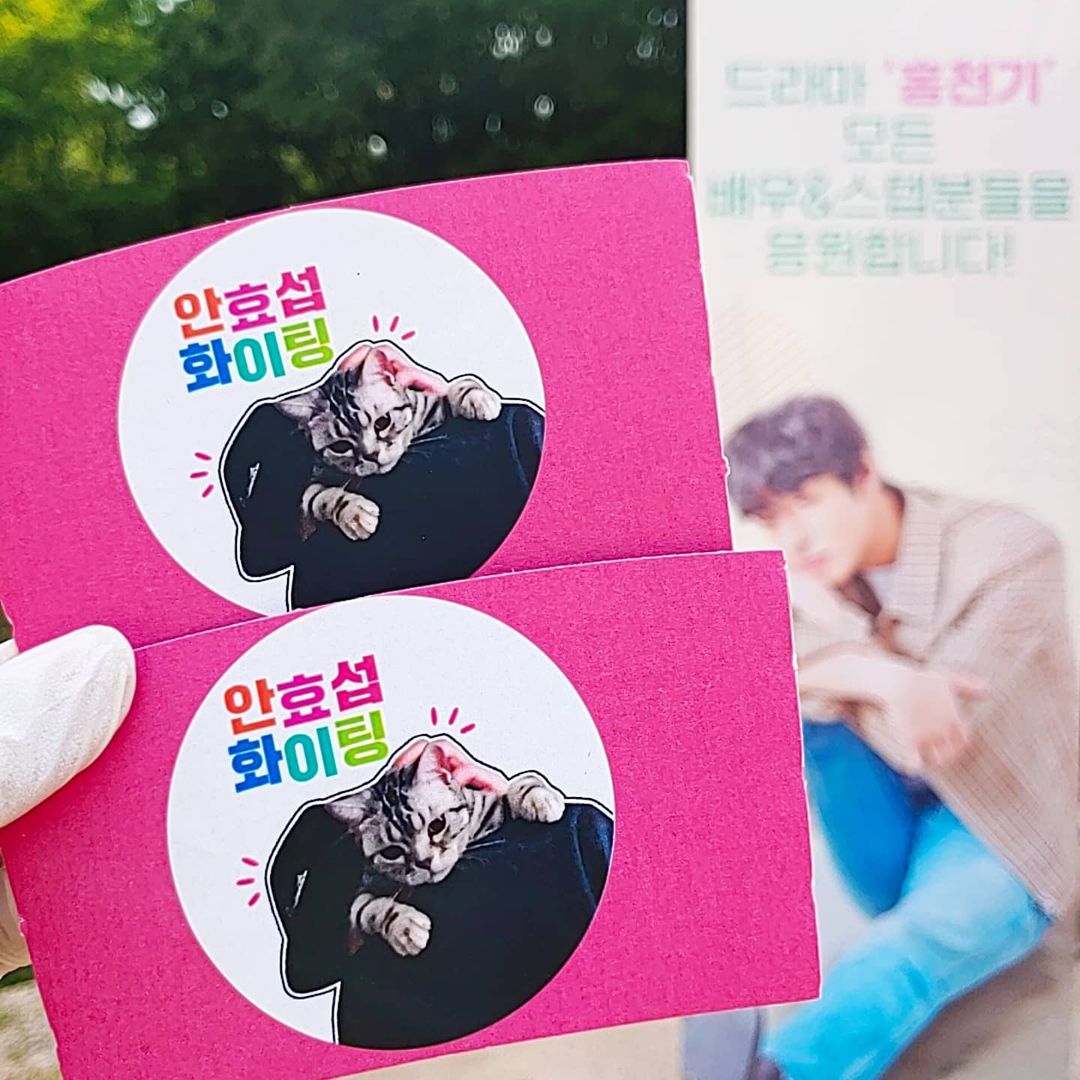 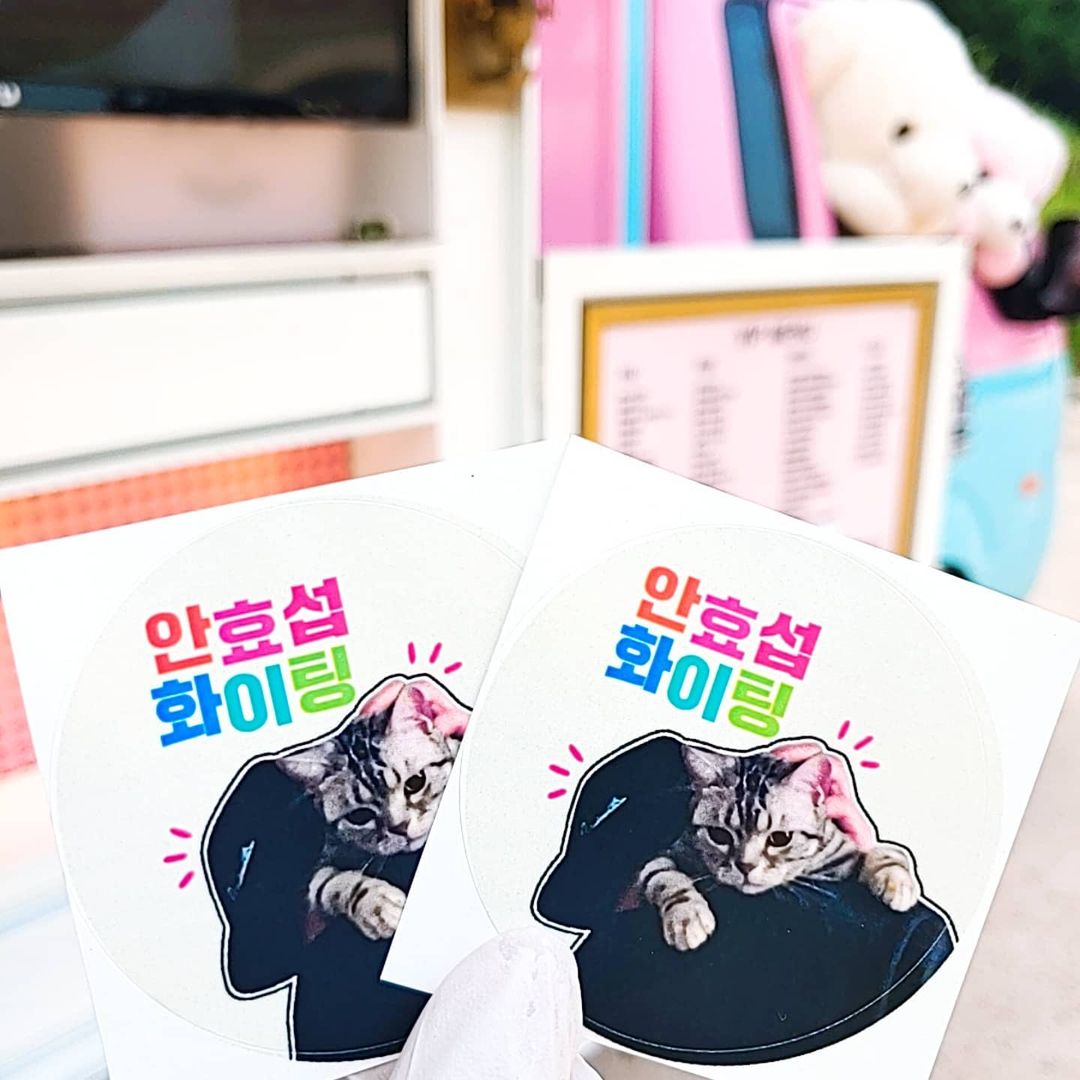 “Hong Chun Gi” is a historical fantasy romance drama set in the Joseon era. It is based on the novel of the same name by Jung Eun Gwol, whose novels “Sungkyunkwan Scandal” and “The Moon Embracing the Sun” have also famously been adapted into hit dramas. Ahn Hyo Seop stars as blind astrologer Ha Ram, who is able to read the stars despite losing his sight.

Watch a teaser for “Hong Chun Gi” below: